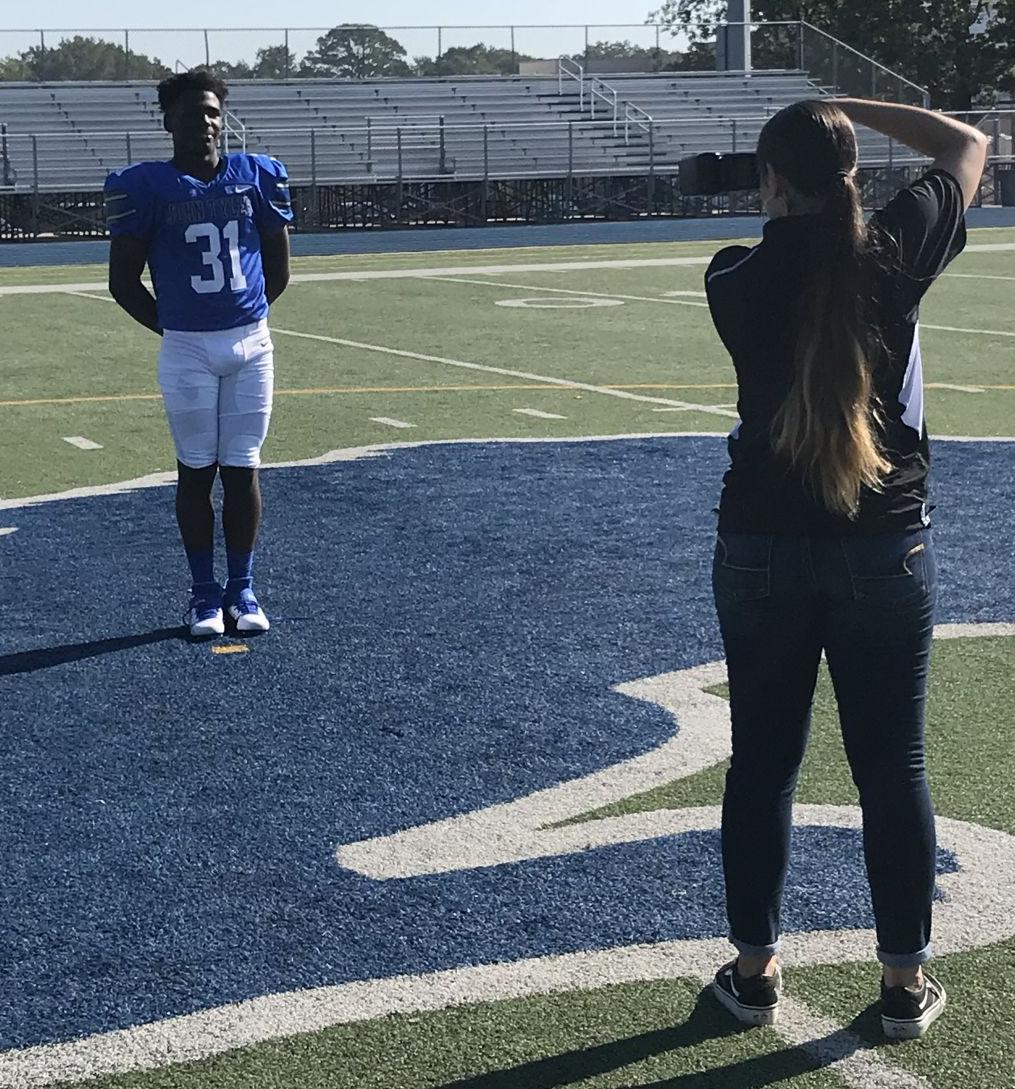 John Tyler senior linebacker/running back Daveon Cummings has his photo made by Cara Campbell of the Tyler Morning Telegraph on Friday during John Tyler’s Media Day at the JT campus.

John Tyler head football coach Ricklan Holmes and his seniors prepare for a photo during JT's Media Day on Friday at the JT campus.

John Tyler head football coach Ricklan Holmes and his staff and team prepare for a photo during JT's Media Day on Friday at the JT campus.

John Tyler senior linebacker/running back Daveon Cummings has his photo made by Cara Campbell of the Tyler Morning Telegraph on Friday during John Tyler’s Media Day at the JT campus.

John Tyler head football coach Ricklan Holmes and his seniors prepare for a photo during JT's Media Day on Friday at the JT campus.

John Tyler head football coach Ricklan Holmes and his staff and team prepare for a photo during JT's Media Day on Friday at the JT campus.

The John Tyler football team had their media day on Friday morning, concluding the first five days of workouts.

Lions head coach Ricklan Holmes was pleased with the drills.

“We’ve had a good week of practice,” Holmes said. “The freshmen made a lot of progress with us having an extra week with them.

“The big guys got here on Monday and they picked up right where they left off in the spring.”

It was a week of conditioning for the varsity with Saturday the first day of contact.

With school beginning on Monday, JT will begin its usual drills. The Lions will workout from 6-8:30 a.m. each day.

JT is scheduled to scrimmage Dallas Jesuit on Friday at North Forney High School in Forney. The frosh and junior varsity are set to play at 6 p.m. with the varsity squads lining up at 7:15 p.m.

Holmes said they do not game-plan for scrimmages.

Following the scrimmage, JT will set its eye on the season opener against Mesquite Horn. The game is scheduled for 7 p.m. Friday, Aug. 30 at Christus Trinity Mother Frances Rose Stadium.

Holmes said the short week between the Lee and Lobo games does not concern him since it is non-district. If it was a district game, he would have a different view.

WARD BACK AT QB?

Former JT standout Greg Ward Jr. was one injury away from playing quarterback on Thursday night. Ward, who played QB at JT and the University of Houston, is working to make the Philadelphia Eagles as a wide receiver.

After Cody Kessler went down with a concussion in the first quarter of the Eagles’ 24-10 preseason win in Jacksonville, the Eagles were left with just Clayton Thorson for the rest of the game because Carson Wentz wasn’t playing. Normally, a team has contingency plans during the regular season, but the Eagles had to figure out an emergency plan on the fly.

“We had Greg Ward on standby,” Eagles coach Doug Pederson said. “He was coached up and ready to go.”

While Ward didn’t get to play quarterback against the Jaguars, he did throw a pass on a trick play in the second half. His pass attempt to Carlton Agudosi in tight coverage fell incomplete.

Ward did catch a 38-yard touchdown pass from Thorson. He went up to get the ball and then navigated his way into the end zone — with the aid of nice block from Josh Perkins — for his first-ever professional touchdown.

On Saturday, the Eagles signed Josh McCown as the backup as the Jacksonville native came out of retirement.

The JT volleyball team will face Henderson at 6 p.m. Tuesday at Boulter Middle School and then the Lady Lions will co-host the Tyler Invitational with Tyler Lee. The matches are then slated to be played at the Lions Den on the JT campus.

In other football news, a former foe of the Lions — Texas High quarterback Ryan Mallett — has received an invitation to the XFL Draft. Mallett played his college ball at Michigan and Arkansas before being drafted by the New England Patriots. He also played for the Houston Texans and Baltimore Ravens.