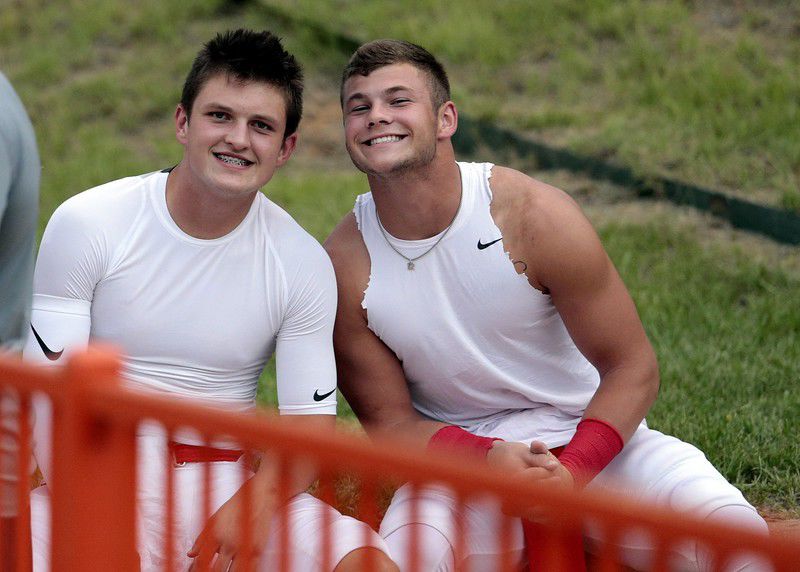 The Van Vandals are one of the highest scoring teams around and two of the reasons why are longtime teammates, quarterback Garrett Moseley (left) and receiver Cooper Bledsoe. Moseley was named the Built Ford Tough Texas High School Football Player of the Week for Class 4A for his performance last week against Lindale. (Cori Smith/FOCUSINON.ME) 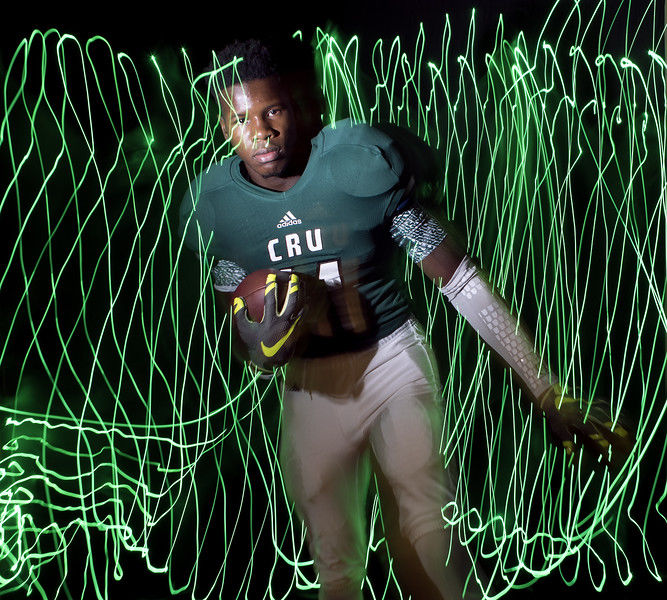 The Van Vandals are one of the highest scoring teams around and two of the reasons why are longtime teammates, quarterback Garrett Moseley (left) and receiver Cooper Bledsoe. Moseley was named the Built Ford Tough Texas High School Football Player of the Week for Class 4A for his performance last week against Lindale. (Cori Smith/FOCUSINON.ME)

High school football is certainly different than your father's game.

The 14-10 scores are few and far between. There are more contests along the lines of last week's Bishop Gorman Crusaders' 91-71 victory over Ore City, or more than likely, games in the 40s and 50s with both teams registering those eye-popping numbers.

Three East Texas games caught the attention around the state and thus were awarded Built Ford Tough Football Player of the Week trophies.

This is the 11th consecutive year for Ford to award the high schoolers. The winners are chosen for athletic achievements on the field, as well as for outstanding scholarship and community involvement. The vehicle company said, "These players are the embodiment of Ford's Go Further commitment."

Moseley has the reins of one of the most prolific offenses around and carried the Vandals to a rousing homecoming victory over rival Lindale on Friday on Mal Fowler Field at Van Memorial Stadium.

The junior quarterback engineered six scoring drives and propelled Van to a 56-14 win over Class 5A Lindale.

"He's the big reason why we're 3-0," said Van head coach Jared Moffatt, whose Vandals take on unbeaten Palestine on Friday at Wildcat Stadium in Palestine. Kickoff is set for 7:30 p.m.

A two-year starter, Moseley totaled 2,200 yards and threw for 14 TDs as a sophomore and has accounted for 15 more scores already this year. An A/B+ student, Moseley is focused on football - he previously played basketball and baseball - but still finds time to run a leg on the relay teams during track in the spring. He is also involved with his church's youth group and reads to local elementary school youngsters on Fridays.

"In my 20 years of coaching, Garrett is the most competitive kid I've seen," Moffatt said. "He could be our best defender and running back too, and we'll certainly use him at both positions on a situational basis this season. He's a terrific role model for the younger kids in our community and the true leader on our team. He will never back down from a challenge."

On the season, Moseley has hit on 33 of 55 passing attempts for 539 yards and eight touchdowns with no interceptions. On the ground, he has rushed for 406 yards and seven TDs.

Bell and his quarterback, Jake Smith, split awards this week. Earlier, Smith was named the American State Bank Player of the Week for his 10-TD passing performance.

Behind Bell's five touchdown catches (half of Smith's record-tying 10 TD tosses), the Crusaders came away with an incredible 91-71 victory over Ore City, their first win of the season.

Gorman actually trailed 21-7 early before Bell began his dazzling night. Frequently triple-teamed, he still scored from 16, 36, 38, 44 (on a first-half ending Hail Mary) and 54 yards out.

The Naval Academy commit also excels off the football field. Bell reads to youngsters at St. Gregory Cathedral School, plays the piano at the weekly school Mass (one of his six musical instruments), is all-state in basketball and was a regional qualifier in the high jump.

At 6-4 and 200 pounds, he has ideal size for a wide receiver, but he also loves mentoring youngsters both on and off the field. And he's the owner of a 3.56 GPA.

"Judah is an incredible young man," Bishop Gorman head coach Coby Gipson said. "He and Jake have worked for three years, knowing that this opportunity would come their way. They regularly take extra reps together after practice, honing their timing. Judah has overcome adversity in his life, and he helps others facing adversity. He is the epitome of selflessness. Judah cannot be outworked and is totally focused."

Murr's San Augustine Wolves fell behind 21-0 in the first quarter and trailed 35-17 when the period finally ended.

Murr, the junior QB and defensive back, got his team going. By halftime, the Wolves, seeking their sixth straight postseason opportunity, had taken a 40-35 lead on their way to a thrilling 58-54 victory over Groveton.

"The game just appeared to get away from us early," said SA coach Marty Murr, who happens to be Gavin's dad. "It looked pretty grim for a while."

The holder of a solid 3.1 GPA, Gavin has a full plate in athletics. In addition to being the district's football newcomer of the year last year, he was the area and district champion in the 300-meter hurdles and 800-meter run in track, played second and shortstop and pitched for the baseball Wolves, and participates in power lifting.

He's a member of the FFA, FCA and the youth group at his church.

"Gavin keeps the team together with his leadership," says his coach and father. "There are no roller-coaster rides with him. He's always calm and cool. Gavin doesn't come off the field, but when he has the ball, he certainly spreads it around."

Students recognized by Ford Motor Co., Texas Ford dealers and the Built Ford Tough media advisory board as Players of the Week excel in three categories:

Individual performance on the field, including significant game statistics;

Contribution to the team's success through individual leadership abilities;

Performance off the field, including academic success and good community citizenship.

Fans, coaches and media can nominate athletes at PlayeroftheWeek.com, as well as catch up with winners, view video clips of players in action and get the latest program details.