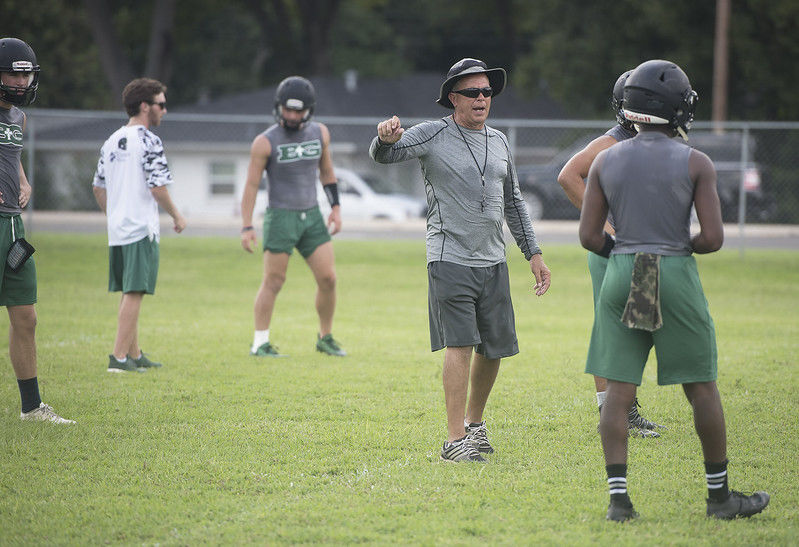 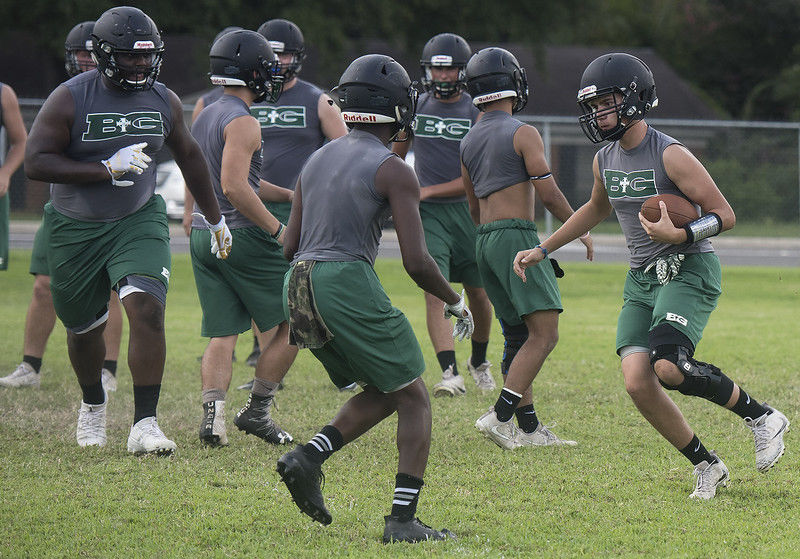 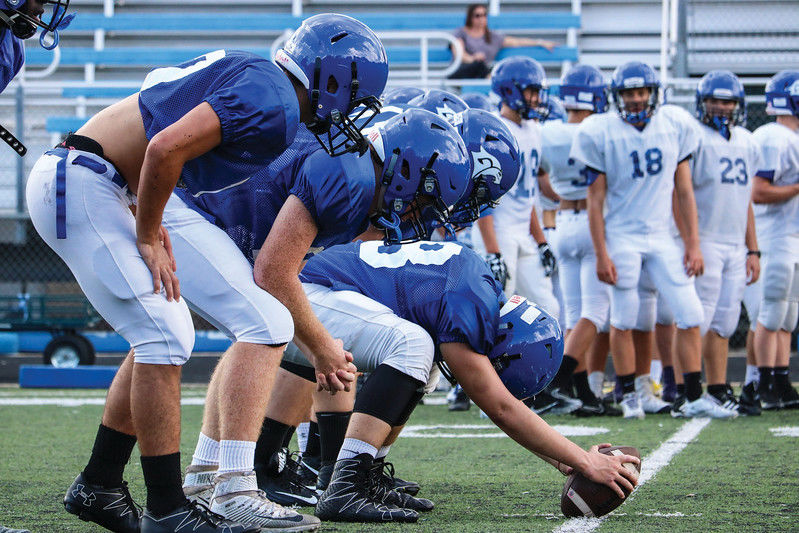 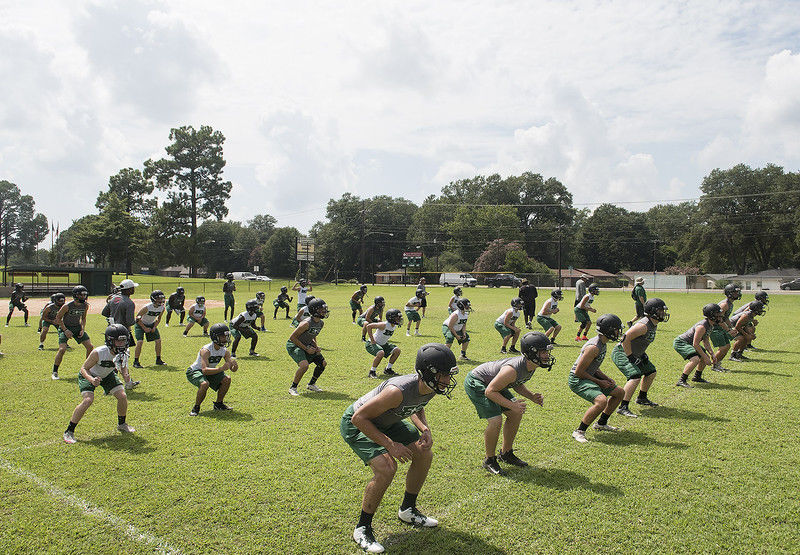 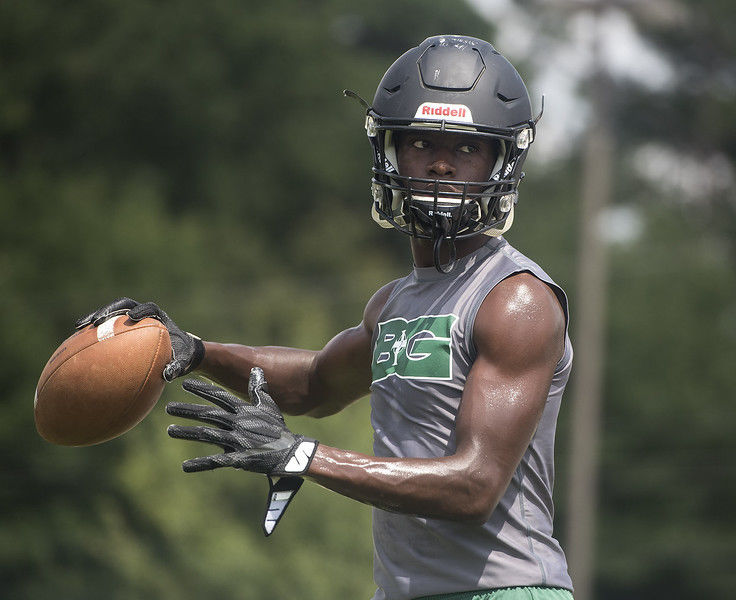 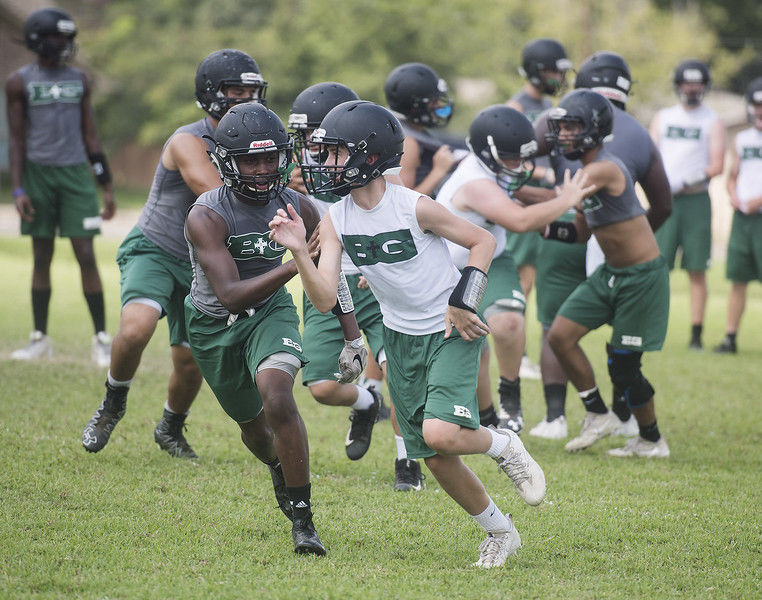 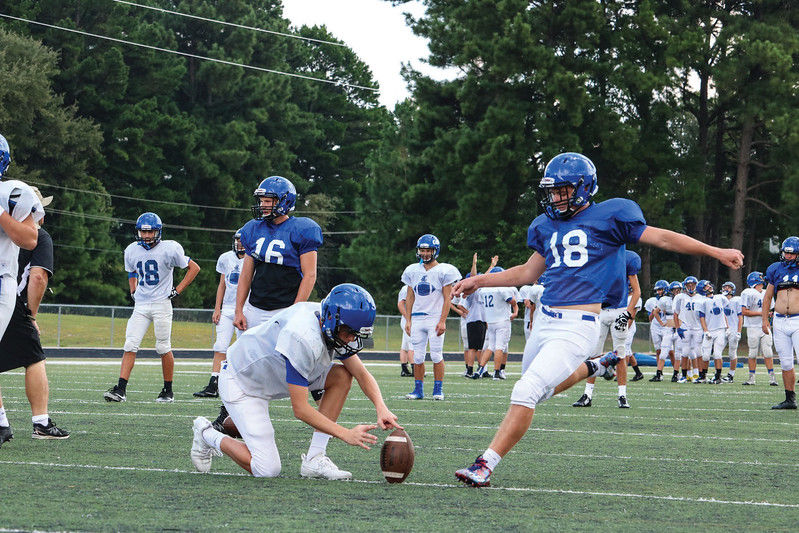 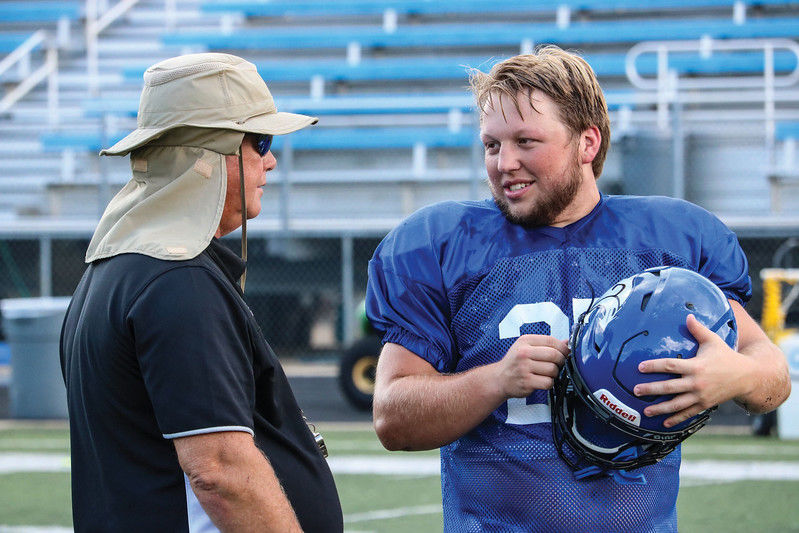 Grace Community kicker Jacob Williams was good from 37 yards, so Cougars head coach Norm Thompson motioned to move it back 10 more yards. Not only was Williams successful from 47, but he made it with plenty of room to spare.

The kicking display was the midway point of Wednesday’s continued full-pad practice at Clyde-Perkins Stadium as the Cougars prepared for the second scrimmage Thursday at Sabine. Grace faced Frankston in a scrimmage last week.

“Things are going real well,” said Thompson, who was promoted to head coach in June following the departure of Mike Maddox (now athletic director at Lindale).

“The kids are being real physical with each other, which we need to be because we are a smaller team; we have to do it with quickness and really come in and (hit people). We try to be the most physical team in every game, so we have to practice being that.”

Speaking of special teams and a new head coach, the Bishop Gorman Crusaders were also busy Wednesday in the kicking game, preparing for their scrimmage Thursday at Alba-Golden.

Gorman donned shorts and helmets and spent the early portion of practice working on two things new head man Randy McFarlin hopes his team is doing a lot of this season: kickoffs and punt returns.

The JV unit played the role of kick return opposition for Gorman in the first drill and was the punting team in the second drill.

“The one thing special team that we don’t work much on is kickoff return because if you are doing a lot of kickoff return, it really doesn’t matter,” said McFarlin, who was promoted after last season following the departure of Coby Gipson (Howard Payne).

“The team is still learning our system; they don’t understand how I operate yet, so we’re working on those little things, so we can do things right every day.”

The Cougars are replacing eight starters from a defense that surrendered 149 yards passing per game last season.

Junior quarterback Brayden Stone was unable to practice Wednesday as he gets over an illness. Thompson hopes he is ready for the scrimmage because he really wants to get a good look at where the Cougars are on offense and defense as they prepare for Week 1 against Waxahachie Life.

Gorman will also up its intensity at Alba-Golden for its scrimmage as the Crusaders prepare to open up against Garrison.

“We’ve been emphasizing defense. We worked hard on defensive technique this week. We get in the game and we revert back to old habits, which are not good,” McFarlin said. “I have some great assistant coaches and they are working the kids great out there. This second scrimmage, we want to increase our execution and have fewer blown assignments.”

The Crusaders will look to returning starting quarterback Jake Smith to pick up where he left off last year when he passed for 4,351 yards and 40 touchdowns. McFarlin understands Garrison will have scouts at Thursday’s scrimmage, but doesn’t expect them to learn much.

“We are going to be spread and throwing the football and (Garrison) knows that,” McFarlin said. “

Notes: Grace and Sabine are scheduled to begin at 5 p.m. Thursday with junior varsity with the varsity to follow at 6 p.m. at James Bamburg Stadium. Gorman and Alba-Golden are slated to start at 5 p.m. with JV, followed by varsity at 6 p.m. at Alba-Golden Stadium.