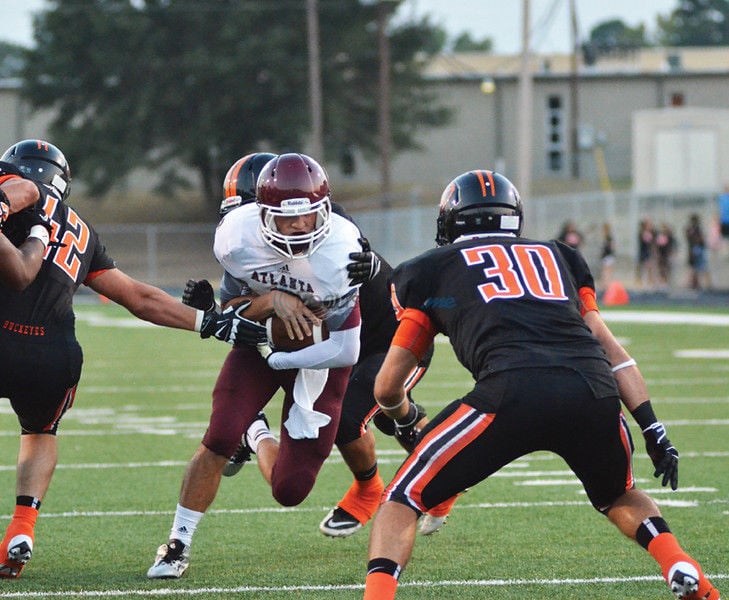 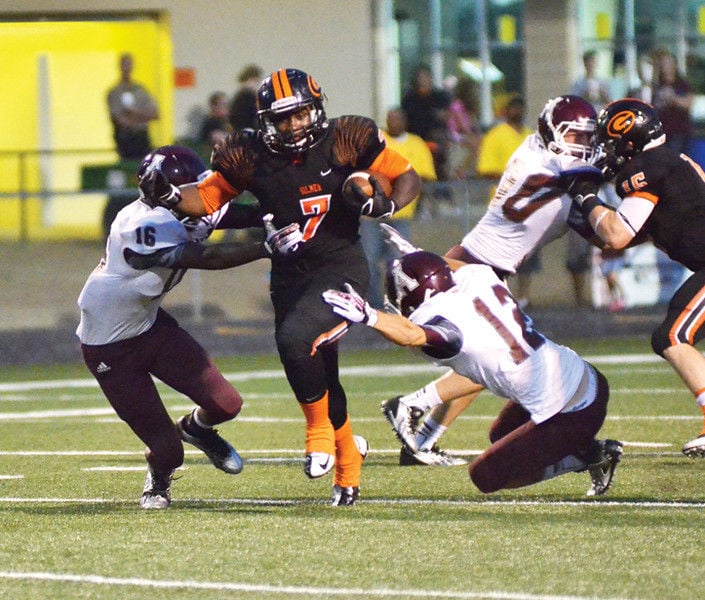 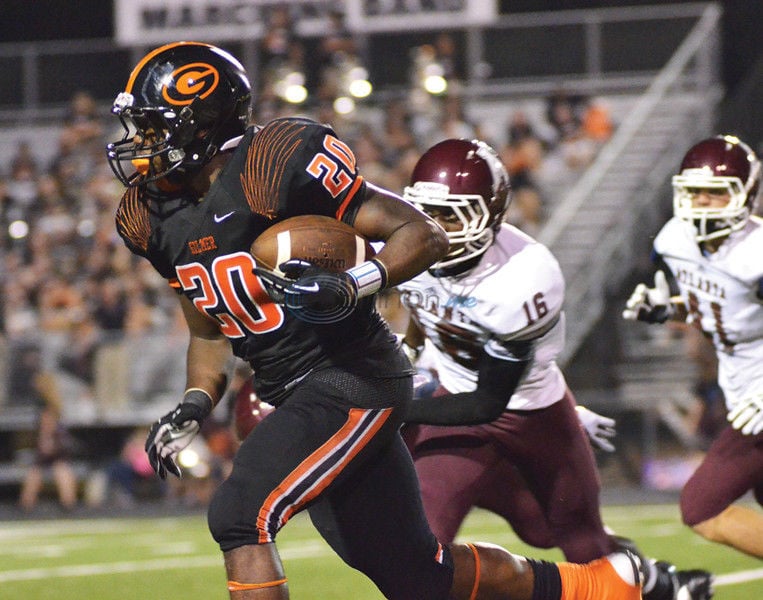 Gilmer senior running back runs down the sideline for a first down against Atlanta on Thursday in Gilmer. (Victor Texcucano | Tyler Morning Telegraph) 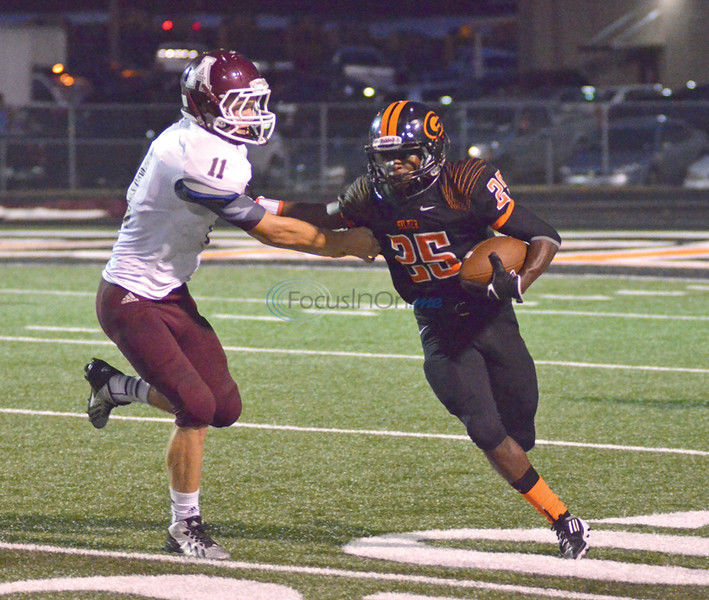 Gilmer senior running back runs down the sideline for a first down against Atlanta on Thursday in Gilmer. (Victor Texcucano | Tyler Morning Telegraph)

GILMER — Buckeye Stadium on Thursday night inaugurated its new press box and new home side bleachers, and by the time Gilmer Buckeyes quarterback Tanner Barr finished stewing the Atlanta Rabbits, the place needed a new scoreboard as well to replace the one he overtaxed.

The Rabbits proved feckless at playing Katy-Barr-The-Door against the Buckeye field general, who in performing only three quarters completed a stupefying 17 of 20 heaves for 261 yards and five TDs as No. 2-ranked Gilmer apprehended Atlanta, 57-7, in the 2013 season starter.

Barr airmailed three of his TDs to Desmond Pollard as Gilmer’s aerial acumen flummoxed the visitors.

After a nearly snoozing start in which the hosts only led 7-0 at first quarter’s end, Gilmer detonated the dam for 29 second-quarter points to bound ahead 36-7 at twirling time. By about midway in the third quarter, with the Buckeyes piling on more points, game officials let the clock run without stopping much of the rest of the night.

Barr began bombardment after Gilmer running back Jamel Jackson had procured the game’s first two TDs on resplendent rushes of 12 yards with 1:44 left in the first quarter and 77 yards with 10:45 left in the second period. The scores came after the Buckeyes blocked an Atlanta 25-yard field goal try with 6:57 left in the first, an indication of the way Gilmer would suffocate the Rabbit offense throughout the evening.

Barr unleashed his first scoring sling of 21 yards to Devondrick Dixon with 7:04 left in the half. Atlanta then mounted its lone scoring drive, a swift 81-yard, three-play assault that ended with Dequan Allen’s 2-yard TD trip and Nick Bishop’s PAT kick with 6:40 left in the second period.

His team up 22-7, Barr airlifted an 8-yard TD throw to Pollard with 5:20 left in the half before pitching Pollard an 18-yard score with 2:34 left till the bands blared.

In the third quarter, Barr and Pollard resumed their air show with a 9-yard TD hookup with 11:31 left. The Buckeye quarterback then sent Nick Smith a 34-yard TD toss with 7:03 left in the quarter.

Pablin Olivares notched six PAT kicks for Gilmer while Tristan Olivares punched the last one. The Buckeyes also totted up a 2-point conversion on Josh Walker’s run on the “swinging gate” play after their second touchdown.