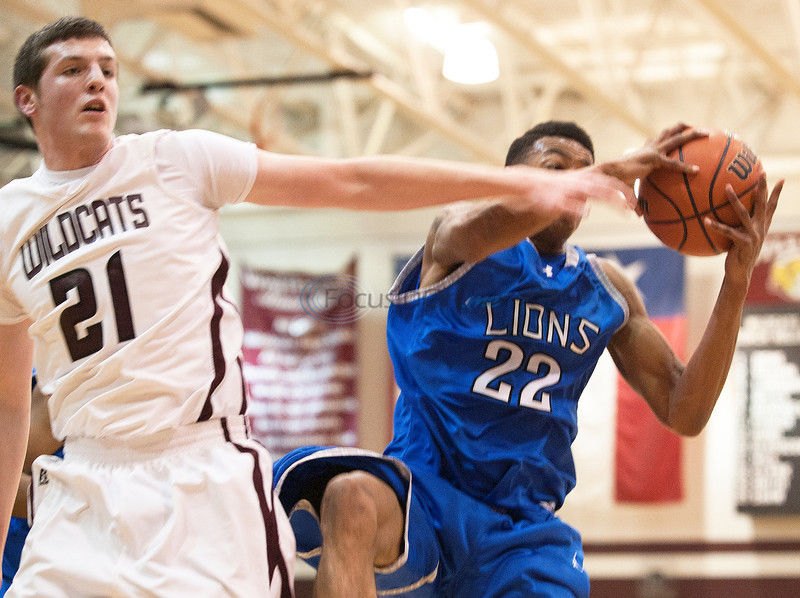 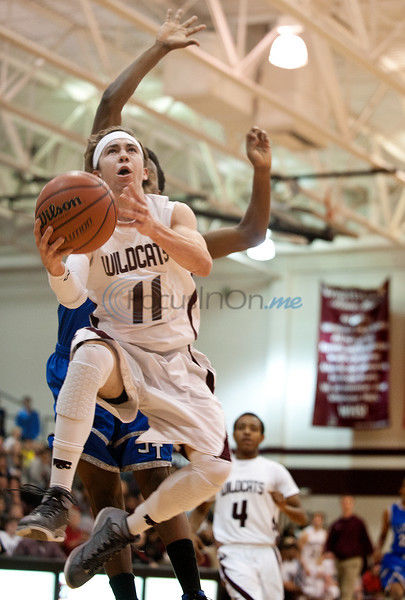 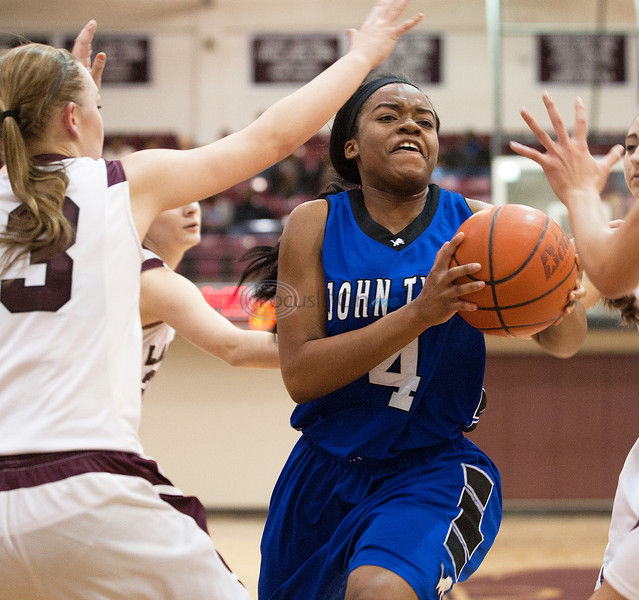 Then the crowd's reaction raised the roof.

Mahomes scored a game-high 24 points, including a rainbow 3-pointer as part of a four-point play to help Whitehouse outlast John Tyler 68-60 Tuesday in a dramatic District 16-4A contest despite the Wildcats blowing an 18-1 lead.

The boys game came after the Lady Lions nearly surrendered a 14-point lead but hung on to beat the LadyCats 46-43 for a doubleheader split.

As Mahomes' high-arching shot whooshed through the net, the Whitehouse fans erupted for the loudest ovation of the night.

"I think that was the turning point on that four-point play they made," JT coach Cedeno Clark said.

The Wildcats closed out the game from the line to hold on for an important win after losing at Corsicana in the league opener on Friday.

"If we win out, we control our own destiny; if we go 0-2 we don't," Whitehouse coach Brent Kelley said. "Our backs were against the wall and the kids played like that.

Mahomes did most of his work from the free-throw line, hitting 13 of 16 and adding 11 rebounds. Jake Parker tallied 14 points, 12 rebounds and five steals for Whitehouse.

The Lions started off missing their first 14 shots and making 1 of 6 free throws in a dismal first eight minutes.

"That's probably about as perfect of a quarter you could play in the first quarter," Kelley said. "We knew they would make a run — good teams do. We just held them off, fought them off at the end."

John Tyler began clawing back in the second quarter by turning up the full-court pressure to snare four steals. Warren scored the Lions' first bucket 30 seconds into the quarter, and then a put-back by Bendy sparked a 12-1 run to help pull JT within 30-26 at the break.

"Once the momentum swung, the game was back in our hands," Clark said.

The Lions took their first lead at 42-40 with 1:15 left in the third but Isaiah Clark tied the game at 44 when he put back Mahomes' desperation heave just before the buzzer.

In the fourth, Humber finished a steal and pass from Jordan Caldwell to put JT up 52-48 before Whitehouse clawed back thanks to Spencer Shaw scoring eight of his 13 in the final quarter.

And, of course, Mahomes' four-point play.

"When it left," Kelley said, "You just kinda had the feeling it was going in."

"I was really proud of our kids at the very end," said JT coach Mike Smith, who called the game "ugly." "They did some things that we needed to do to win the game, so it showed a lot of character.

"We'll take the win and be very, very thankful for it."

Ashtyn Beal again paced JT with 17 points while Amia Wickware added 11 points, eight rebounds and five steals. The pair both hit one of two free throws down the stretch to help the Lady Lions hold on.

Whitehouse rallied by making 8 of 17 shots in the fourth quarter, scoring nearly as many points in the final frame (21) as it did the rest of the game (22).

"They made some shots," Smith said. "The closer they got, the more confident they got."

Whitehouse cut JT's lead to 42-40 with 1:15 to play before Tameal Jones made a smooth jumper for a four-point lead. Ates was then fouled on a put-back and completed the three-point play to pull within 44-43, but the LadyCats would get no closer.

The Lady Lions built their lead by pressing after made buckets, but foul trouble to Jones and fewer made shots prevented JT from pushing the lead to more than 14. Whitehouse committed 34 turnovers but outrebounded JT 57-38.