In this photo that appeared in the Tyler Morning Telegraph on July 23, 2001, Robert E. Lee senior Teddy Matlock (far left) is a youngster who was one of the first people to step onto the new field turf after it was completed for Rose Stadium in the summer of 2001. (Staff File) 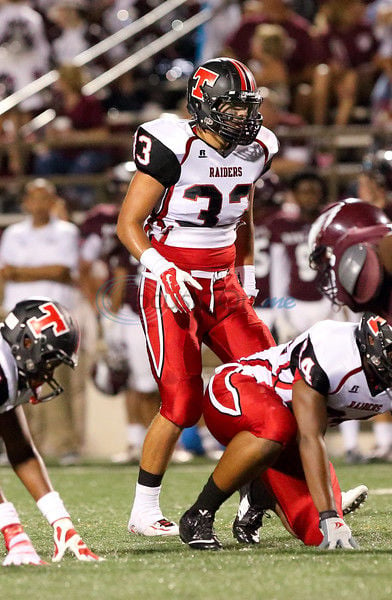 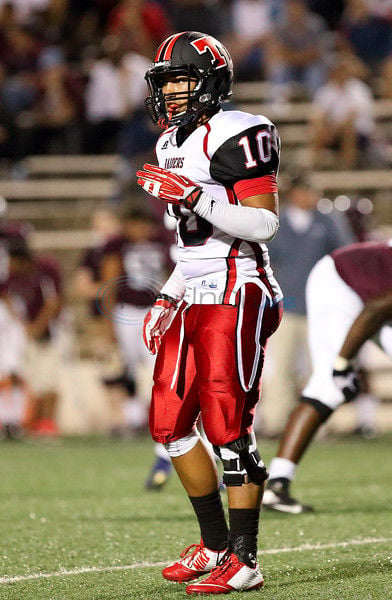 Robert E. Lee senior linebacker Teddy Matlock (10) has 29 tackles to go along with an interception and fumble recovery this season. (Lang White | Correspondent) 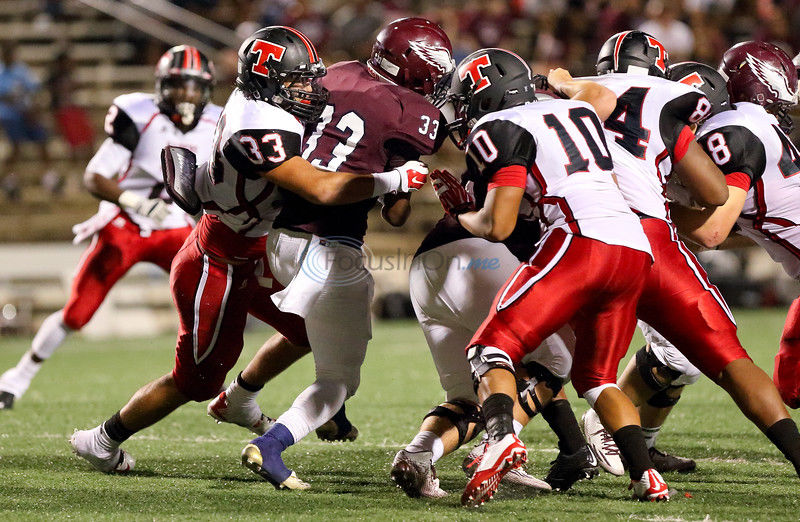 In this photo that appeared in the Tyler Morning Telegraph on July 23, 2001, Robert E. Lee senior Teddy Matlock (far left) is a youngster who was one of the first people to step onto the new field turf after it was completed for Rose Stadium in the summer of 2001. (Staff File)

Robert E. Lee senior linebacker Teddy Matlock (10) has 29 tackles to go along with an interception and fumble recovery this season. (Lang White | Correspondent)

Two years ago with three district games remaining and the outlook bleak for Robert E. Lee, Brandon Durman and Teddy Matlock were thrust into the starting lineup.

The two sophomores had shown their abilities as part of a defensive rotation. But following a demoralizing loss to Rockwall, two of Lee's senior starters quit the team.

"No one likes losing, but quitting has never been an option, so what those guys did (our sophomore year); we know we aren't going out like that," said Matlock, who finished with six tackles that next week in his first appearance as a starter.

Added Durman, "We are going to go out as hard as we can and give everything we can until it is all over."

Durman had five tackles that next game in his first start. He has started every game at middle linebacker for REL since, and the senior currently leads the Red Raiders with 65 tackles.

Matlock hasn't started every game for Lee, but only because a knee injury robbed him of most of his junior season. The senior is fourth on the team with 29 tackles.

Lee defensive coordinator Jim Kerbow was not on REL's staff that year, but says he can see that it affected the current seniors who had to grow up in a hurry as sophomores.

"Every day they come out and work hard and try to do what's right," Kerbow said. "Really all of our defensive personnel are going to face adversity, but they aren't going to quit. They have to overcome it."

The seniors began this season with a goal to return the Red Raiders to the playoffs. Just like the previous two senior classes.

Two years ago REL was in the midst of a losing streak, but still had an opportunity to return to the postseason if it could post victories in its final four games or go 3-1 — and two of those were at home.

The loss to Rockwall — and the departed senior leaders — started REL into a downward spiral for those final four games, all losses.

Fast forward two years and now Matlock and Durman are the senior leaders at linebacker. Just like two years ago, REL is coming off a league loss and staring down the gauntlet of district. The Red Raiders go on the road to face Garland Lakeview Centennial on Friday with a 2-3 overall record and 1-1 in District 11-6A.

"It's not mathematically that we have to win out, but we want to win out," Durman said. "That is what we're thinking."

Lee opened up district by knocking off potential league favorite Garland Sachse, but couldn't sustain the momentum a week later in a 35-30 loss at Rowlett.

"I think once we lost, it brought us down from our peak — thinking we (were just going to roll through everyone after beating Sachse)," Durman said. "It gave us humility and we know that teams are not just going to lay down."

Durman did not set out to be REL's leader at linebacker. In fact, as a sophomore, he was playing receiver and mixing in a little at linebacker for Lee's JV team early in the season. He decided he was not cut out to play defense and gave his decision to a Lee coach.

Matlock wasn't sure what position he was going to play, but he knew he wanted to wear a Lee jersey and play at Trinity Mother Frances Rose Stadium.

So much so, that when he was a youngster in 2001, Matlock asked his dad to drive out to the stadium when the new field turf was being installed.

"I was such a Lee fan and just seeing the stadium. … And I wanted to drive by and see the new turf," Matlock said. "I remember this guy walking out of the gate and my dad stopped and asked if he minded if we walked on the field and he was like, ‘Sure, go ahead.'

"We just walked to the middle and looked around, and like the next day we were on the front page of the paper. I had a plastic football and I asked my dad to throw me a touchdown."

Durman already has given an oral commitment to Louisiana Tech. He is coming off a 19-tackle performance in Lee's last game, a 35-30 loss to Rowlett. Matlock was equally busy against Rowlett, and now both players want to help REL complete the task and get back to the playoffs.

"We have to come out strong and be physical on defense," Matlock said. "We need to play smart but aggressive football."

Durman echoed those thoughts, "I agree with Teddy. We know that we are able to play in the second half (with two comeback wins). … We now just need to play four quarters and playing how we know how to play."

Raider Rap: Presale tickets for Friday's Lee vs. Lakeview Centennial game at Homer B. Johnson Stadium in Garland are $3 (students) and $5 (adults). Tickets may be purchased at the Tyler ISD Athletic Office at Plyler Complex, 807 W. Glenwood, today and Thursday, from 8 a.m. to 4 p.m. and on Friday from 8 a.m. to 1:30 p.m. You can also purchase at Tyler Athletics, 5520 Old Jacksonville Highway. You can also purchase tickets at the discounted rate until 4 p.m. on game day by going to www.garlandisd.tx.com. All tickets at the gate are $6.