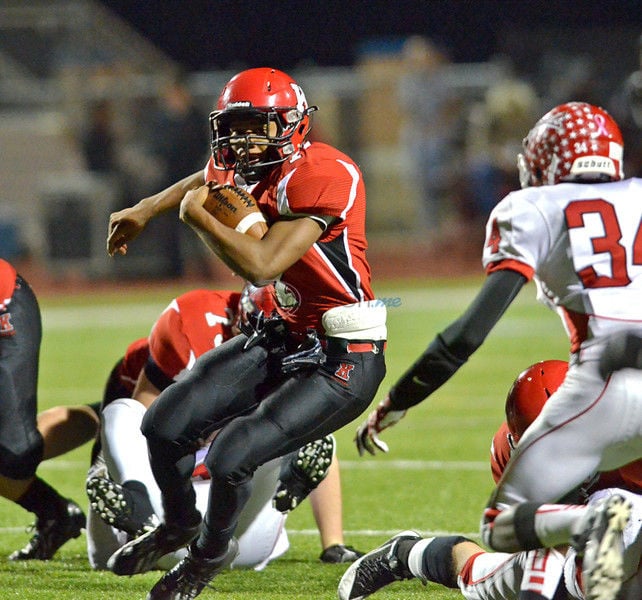 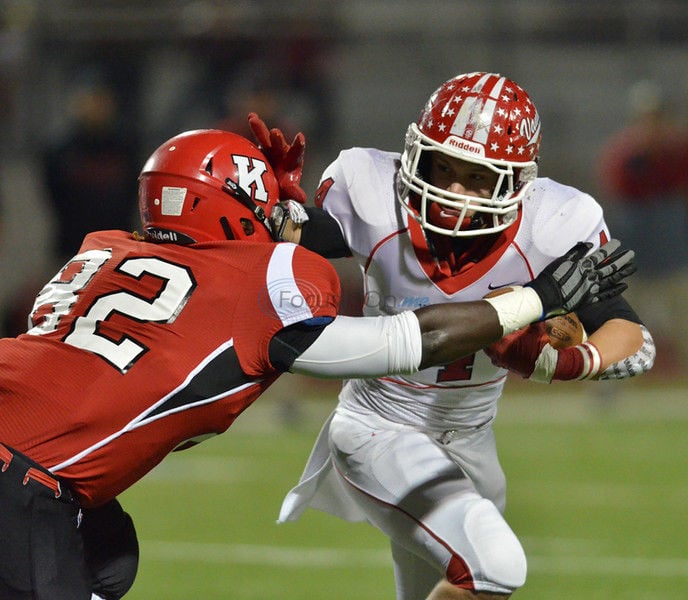 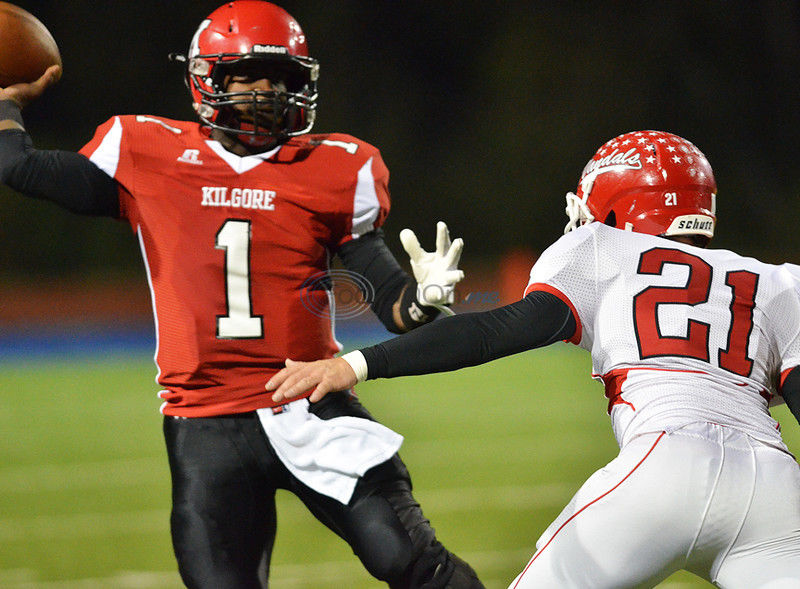 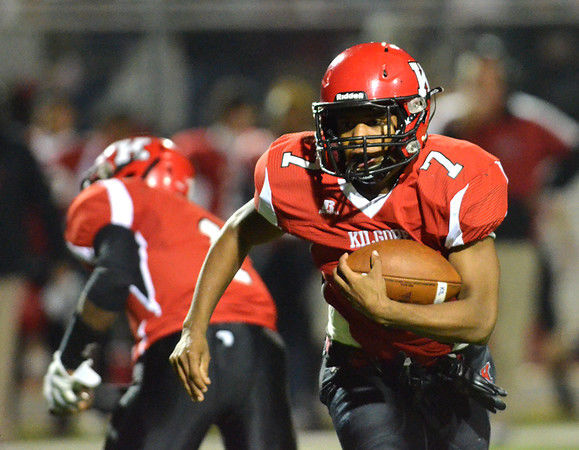 LINDALE — Kilgore's Benny Colbert threw for three touchdowns and ran for another score in leading the No. 2-ranked Bulldogs to a 49-7 victory over Van in a Class 3A Division I bi-district blowout at Eagle Stadium on Friday night.

Colbert was 3 of 5 passing for 149 yards with scoring tosses of 56 yards to Aaron Foy, and 74 and 19 yards to tight end Jarod Wood. Colbert's scoring run covered 12 yards.

Kilgore advances to the area round of the playoffs, set for Trinity Mother Frances Rose Stadium in Tyler on Friday at 7:30 p.m. against Kaufman, a 28-14 winner over Liberty-Eylau.

Van, making the playoffs for the third year in a row, finished its season with a 4-7 record.

The Vandals answered Kilgore's first scoring play, but from then on were held in check by the 16-3A champions, who scored 42 unanswered points in methodically pulling away.

Kevrin Justice rushed for 101 yards, scoring on his first carry of the contest, an 84-yard sprint. His running mate in the backfield, JuJu Brown, added 85 yards and a touchdown with a run of 11 yards.

The Bulldogs' (10-0) first touchdown came on a 57-yard scoring strike, which was a short pass from Colbert to Foy on which the wide receiver broke a couple of arm tackles and was off to the goal line.

Van responded, though, putting together its best drive of the evening on an 11-play, 77-yard march with running back Matt Savis getting the equalizer on a 1-yard run to knot the score at 7-7.

Kilgore's early scoring drives came quickly and for the most part in short order: two plays, 57 yards in 40 seconds; one play, 84 yards in 17 seconds; and safety Jake Brantley extended the lead to 14 points with his fourth interception of the season, which he returned 45 yards for a touchdown.

The Bulldogs' defense made it rough on the Vandals with not only Brantley, who came up with one of two Kilgore interceptions, but linebacker Kris Haynes, defensive lineman LaDarrin Anthony and defensive tackle D.Q. Scott applying the pressure to Van quarterback Peter Maddox, who was 8 of 19 passing for 76 yards. Maddox completed his first five passes of the contest for 60 yards. Kilgore's Jeffery Sanders had the other interception.

Savis finished the contest with 102 yards on 25 carries. His final carry of the season netted 30 yards and came on the final play of the game. The Vandals averaged 3.6 yards per carry.

Wood, the Kilgore tight end, finished as the Bulldogs' leading receiver with two catches for 93 yards.

Kilgore's Jacobie Vidal came on in the second half to rush for 82 yards on 11 carries. The Bulldogs averaged 9.2 yards per carry.