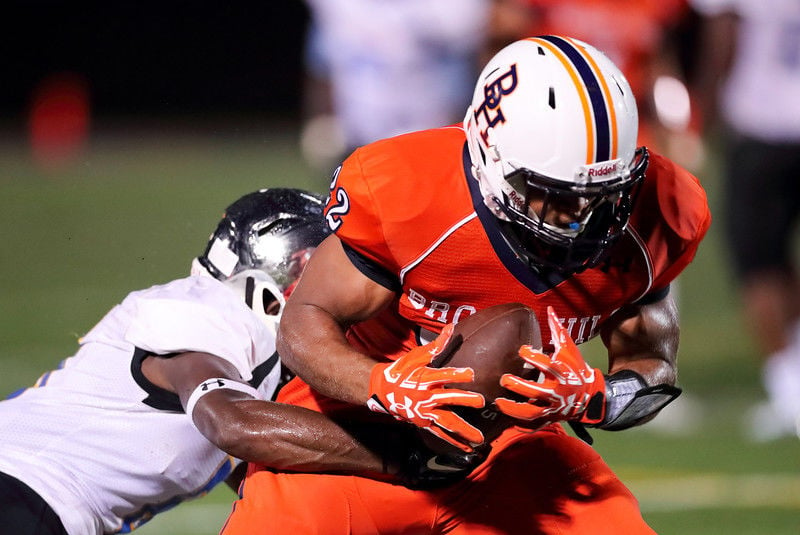 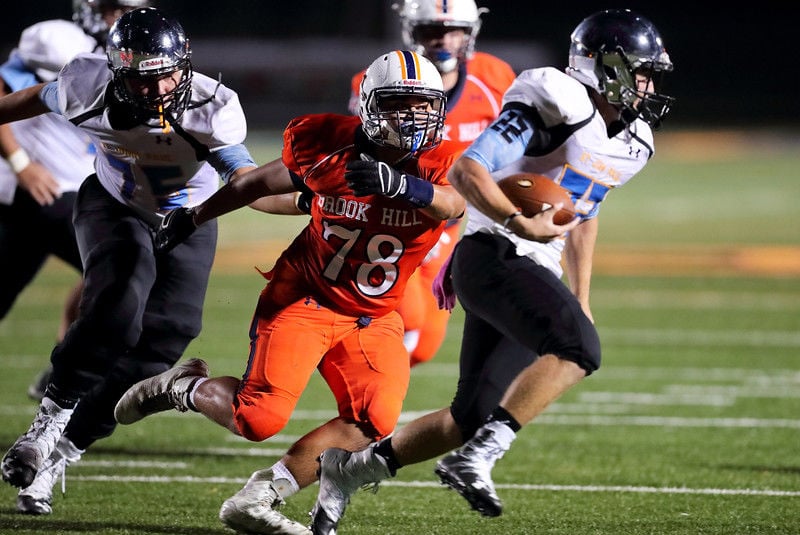 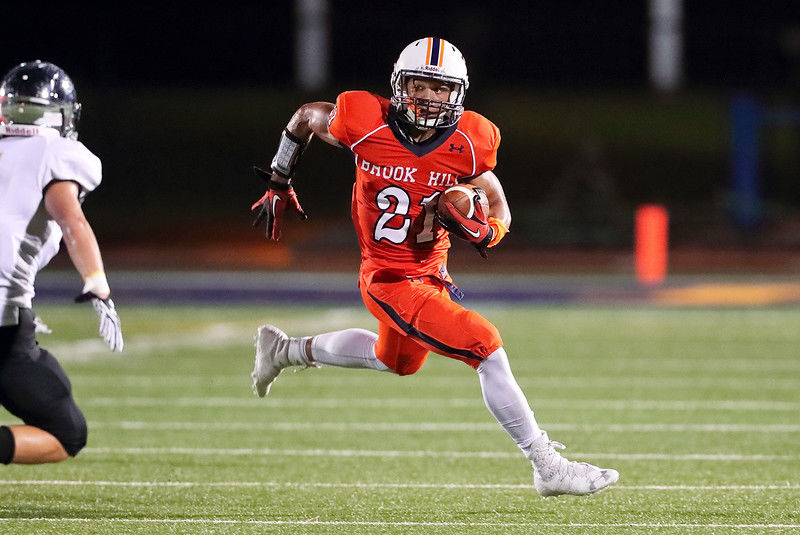 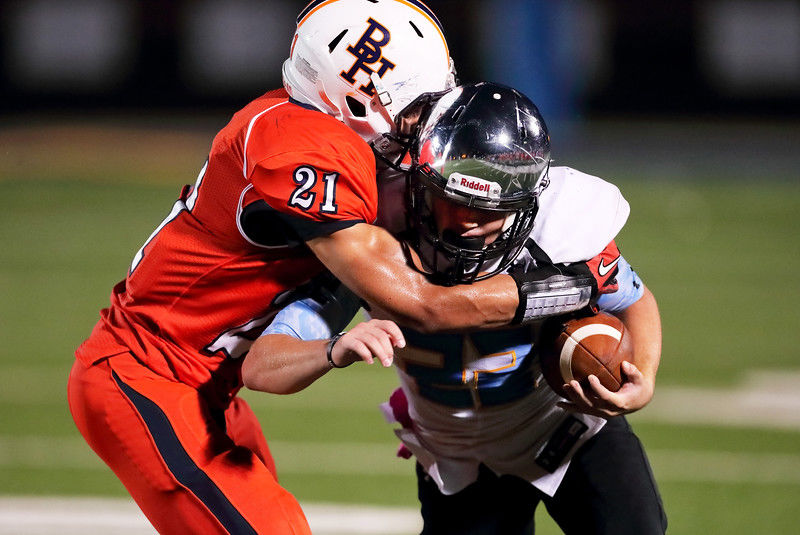 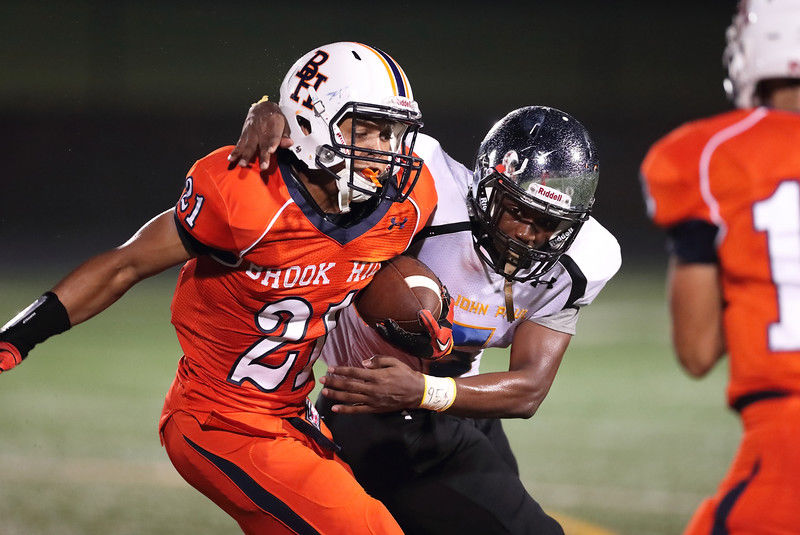 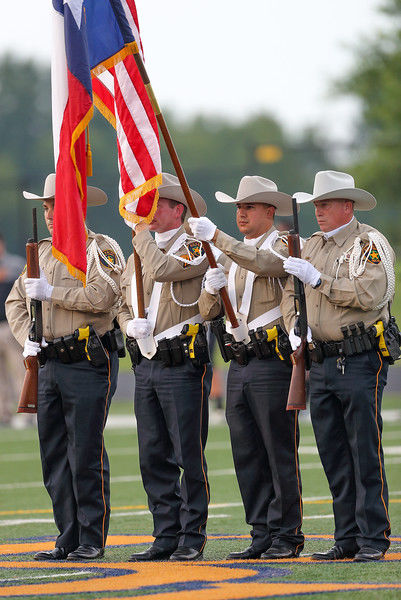 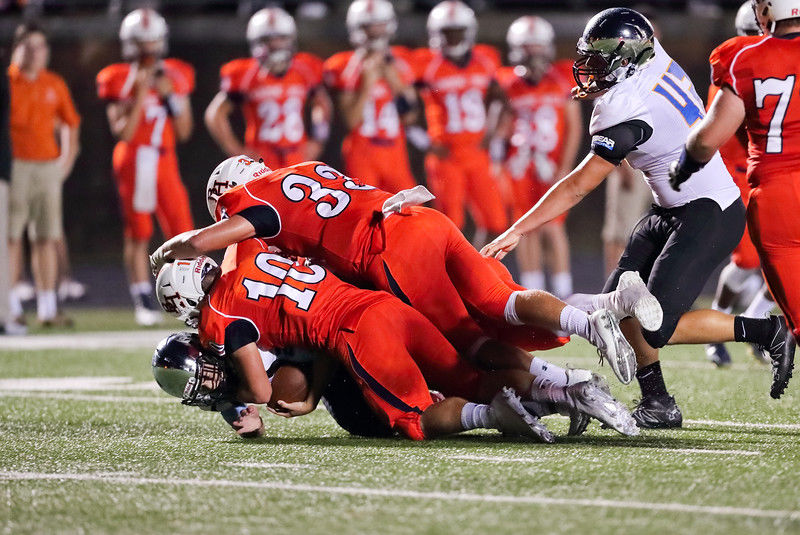 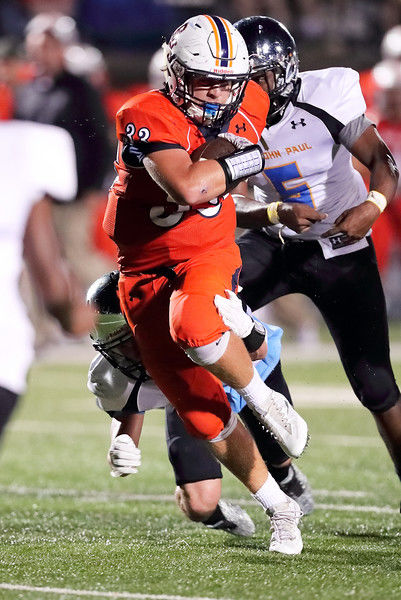 BULLARD - Both the football game and the Brook Hill Guard were late starting Saturday.

But once the game and the Guard got going it was a good sign for the Texas squad against their Florida visitors.

It was the season opener for both teams and also the debut for Brook Hill coach Scott Ryle.

The Guard offensive line paved the way for 225 yards rushing and a total of 338 total yards.

McGowen scored on a 16-yard run, while Parham hit the end zone on runs of 2, 3 and 3 yards. He also had two 2-point conversion runs.

Hood Taylor quarterbacked the Guard to the win. He hit on 10 of 12 passing attempts for 113 yards. He rushed for a 1-yard TD and he also ran in for a 2-point conversion.

Quarterback Ryan Rizk led the Eagles with a total of 325 yards. He rushed for 114 yards on 18 carries and he threw for 211 yards and three TD passes.

His favorite receiver was Trey Ingraham who had six receptions for 125 yards and three touchdowns. Ingraham scored on catches of 28, 27 and 28 yards. The other Eagle TD was by James Taylor on a 7-yard dash.

Rizk also had a 2-point conversion run and he added an extra point.

The weekend honored American servicemen and women, along with veterans and first responders. There was a special tribute to Vietnam veterans this year.

On Saturday morning, members of the Brook Hill football team, cheer squad and Cadet Drill Team joined their counterparts from St. John Paul II in a service project, packing 20,000 rice based meals that will be sent to fight hunger worldwide.

Brook Hill athletic director Wally Dawkins said the Kids Against Hunger project is an effort on the part of both school’s behalf to help less fortunate children on a global scale.

Brook Hill tries to go to 2-0 on Friday when the Guard travels to Mount Vernon for a 7:30 p.m. game.

The Eagles play host to Village Academy of Delray Beach, Florida on Friday. Kickoff is 7 p.m.