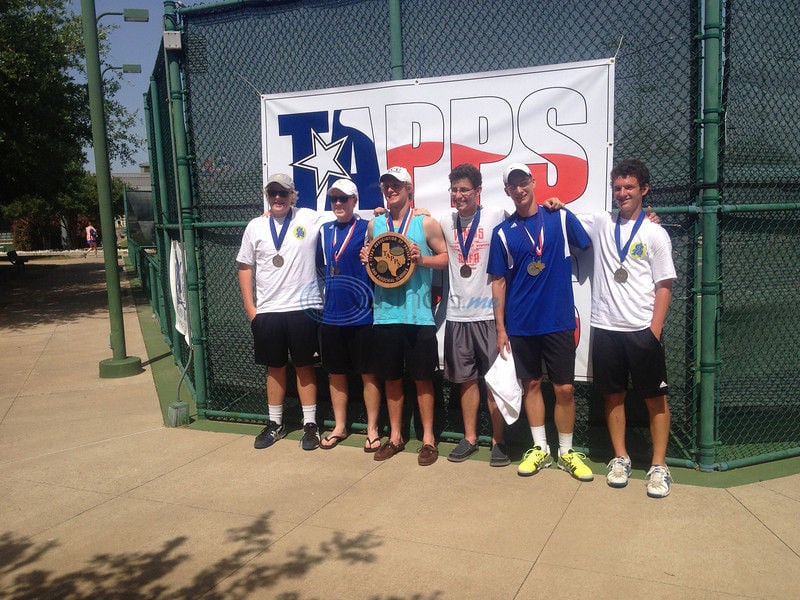 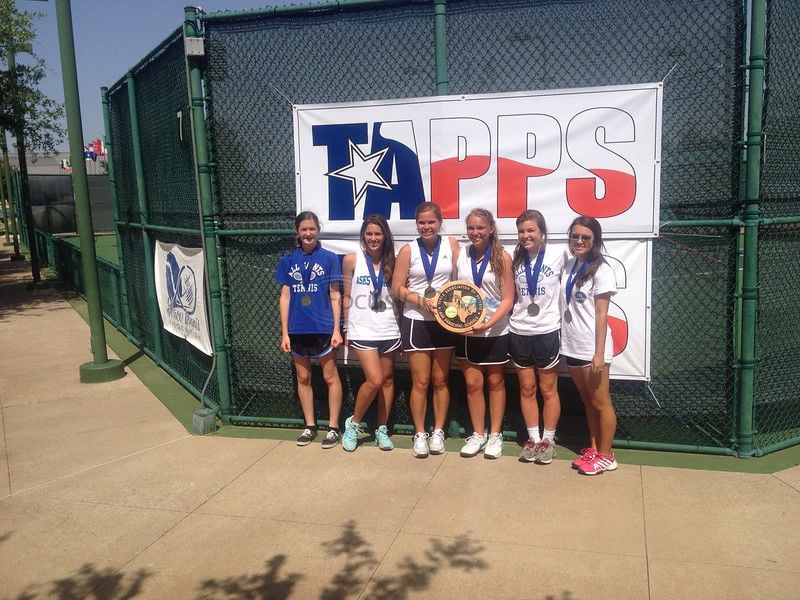 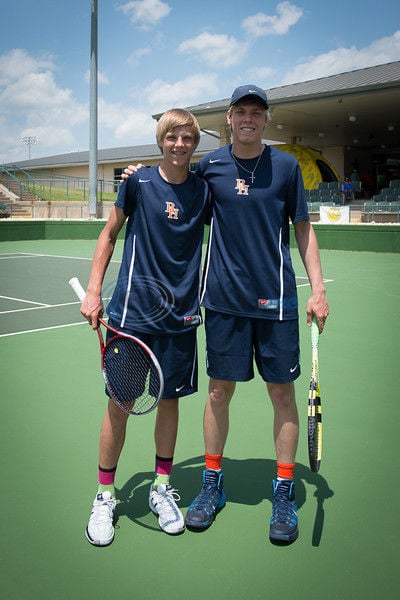 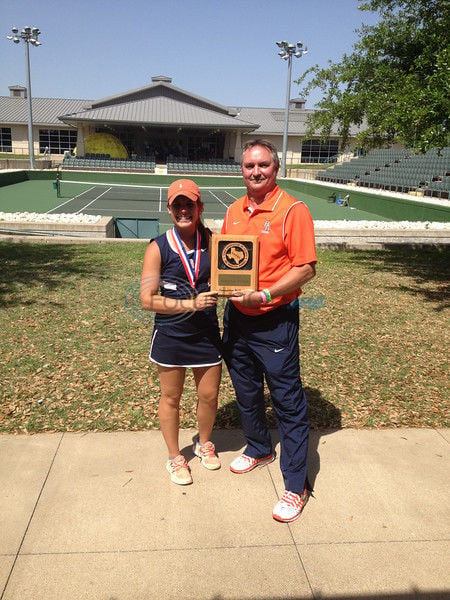 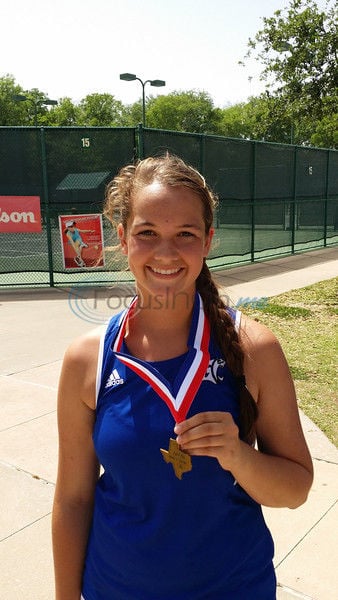 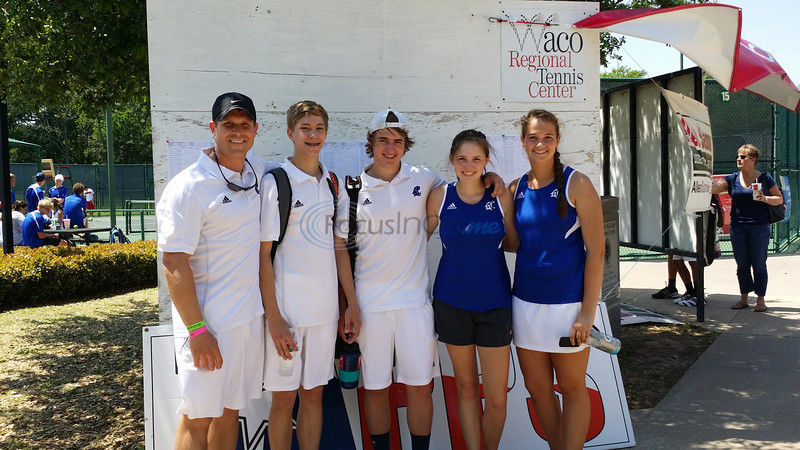 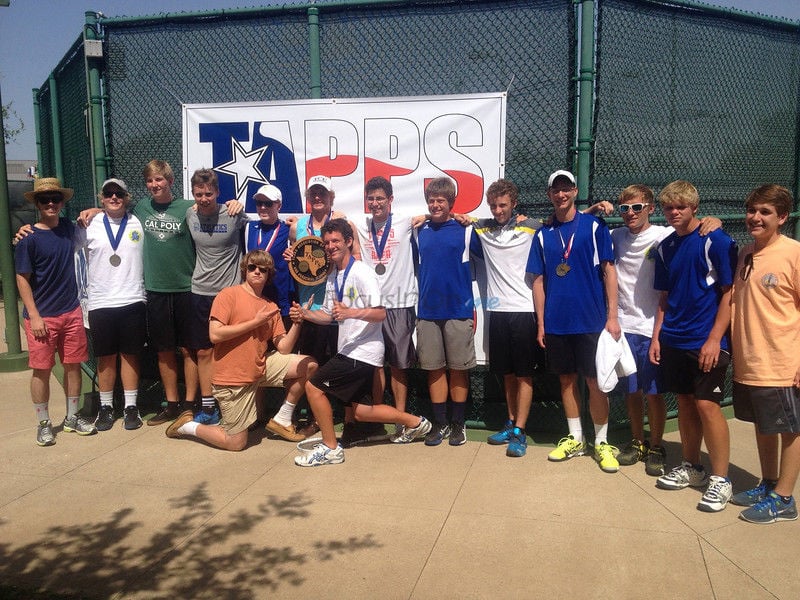 The All Saints boys tennis team poses with fellow students after winning the TAPPS 4A state championship on Thursday in Waco. (Courtesy)

The All Saints boys tennis team poses with fellow students after winning the TAPPS 4A state championship on Thursday in Waco. (Courtesy)

WACO — It was a Tyler tennis title triumph.

For the first time since 2010, All Saints won the boys team state championship, powered by singles champion Perry Clements.

Keeping with the family theme, brothers Phillip and Alec Kitt won the 3A doubles tournament for Brook Hill as the Guard and Lady Guard both finished second in the team competitions, the best finishes in program history.

“One of the things that I’ve always been amazed at is in East Texas, it being … a smaller area, to have it be such a strong tennis community,” All Saints coach Andrea Booth said. “There’s a lot of top players and great players that play in Tyler in the area.”

The Trojans claimed their 11th state championship as a program but the first at the TAPPS 4A level.

“This one means more than probably any other,” said Booth, who has led All Saints to seven of those boys titles.

The Trojans actually wrapped up the title in the first two rounds on Wednesday before Clements’ victory gave All Saints 25 points, with second place at a distant 15.5.

In the semifinal, and what was essentially the championship match for boys singles, Clements defeated Cannon Jones, of Colleyville, 6-3, 2-6, 6-4 to advance to the final.

“He had to really fight it out,” Booth said. “He had to dig and compete and he just was mentally tough all week.”

Clements, a junior, then won the final over Nicolas Verchere, who retired trailing 6-2, 2-0.

Also aiding in the Trojans’ dominant victory was the doubles team of seniors Nicholas Booth and Tom de Boer, who reached the semifinals and played the eventual champions Joshua and Jonathan Sheehy, of Arlington Grace Prep, closer than anyone in the field. Joel Edgemon and Sam de Boer also contributed in doubles while Thomas Hathaway earned points in singles.

While the All Saints boys cruised to the team title, the girls had to sweat it out in the final match.

Leihgeber-Birtcher, both juniors, knew they had to win the doubles title to keep the Lady Trojans’ streak going and were going up against the Corpus Christi Incarnate Word team of Mary Hubert and Courtney Ramirez, who had defeated them last year 5-7, 6-4, 6-0 in the semifinals.

On Thursday, Leihgeber and Birtcher won 6-2, 6-2 to secure the team title.

“It was really cool that we won that in such a close fashion. Everyone contributed. … If anybody had not contributed, we would not have won.”

The other Lady Trojans adding to the victory included Abbey Russell and Sarah Phillips in doubles and Mallory Lyon in singles.

One 4A title All Saints didn’t win was girls singles, which Grace’s Danielle Quevedo claimed in convincing fashion.

Danielle Quevedo won her semifinal match 6-3, 6-2 over Francesca Canjar, who had not dropped a game in her first two matches. She went on to take the final 6-2, 6-1 over CeCe Cornelius.

“She has enormous talent,” Grace coach Luke Griffin said. “She certainly played well during the finals. I’m very proud of her as a coach. She’s an excellent student, hard worker.”

The future Seton Hall netter cruised into the final, dropping just four games before falling behind to Autumn Crossnoe in the championship. But Marisa fought back to give her family a second title, winning 2-6, 7-6, 6-2.

Combined with the doubles teams of Hayden and Avery Langemeier and Danielle Adams-Lindsay Wheeler, the Lady Guard reached new heights.

“It was great for the whole team and the school,” Marisa Quevedo said in a text.

The Kitts won 6-3, 6-3 in the semifinals Thursday morning before winning the championship 6-3, 6-1. The final was won over Houston St. Thomas’ Agustin Dumas-Eric Yang, who had knocked out Brook Hill’s Grant Perkins-Pavlo Zapolskyy in the opening round Wednesday.