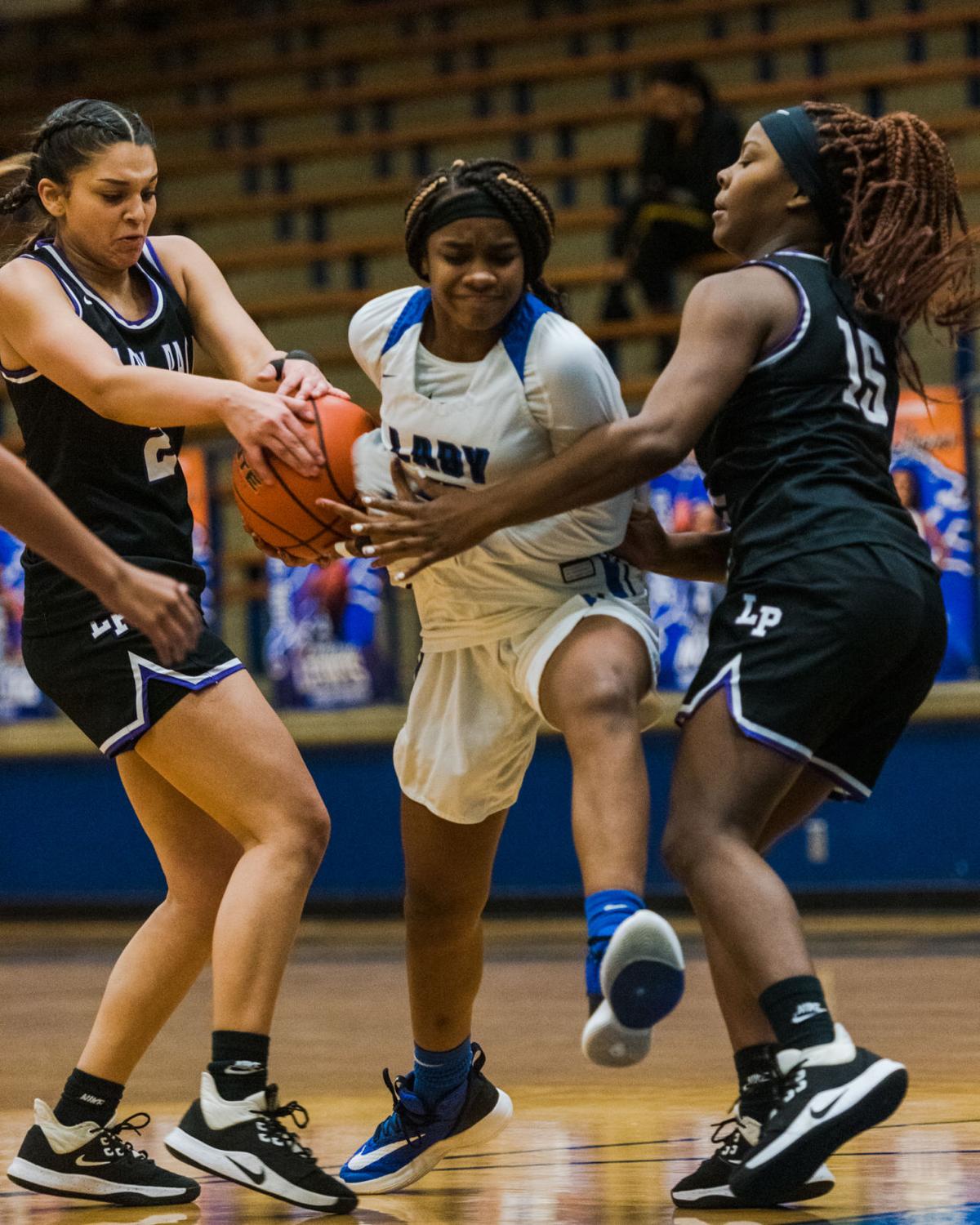 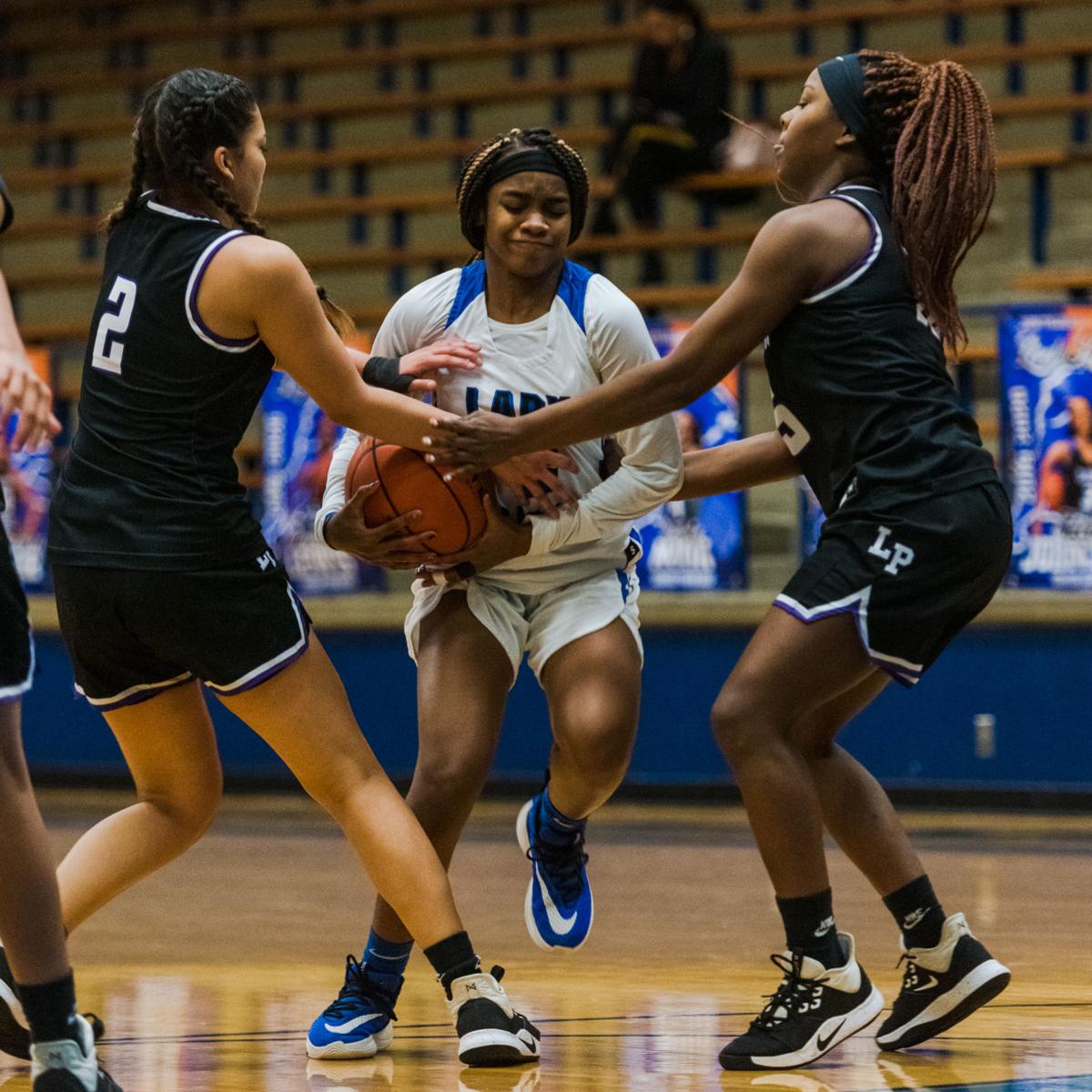 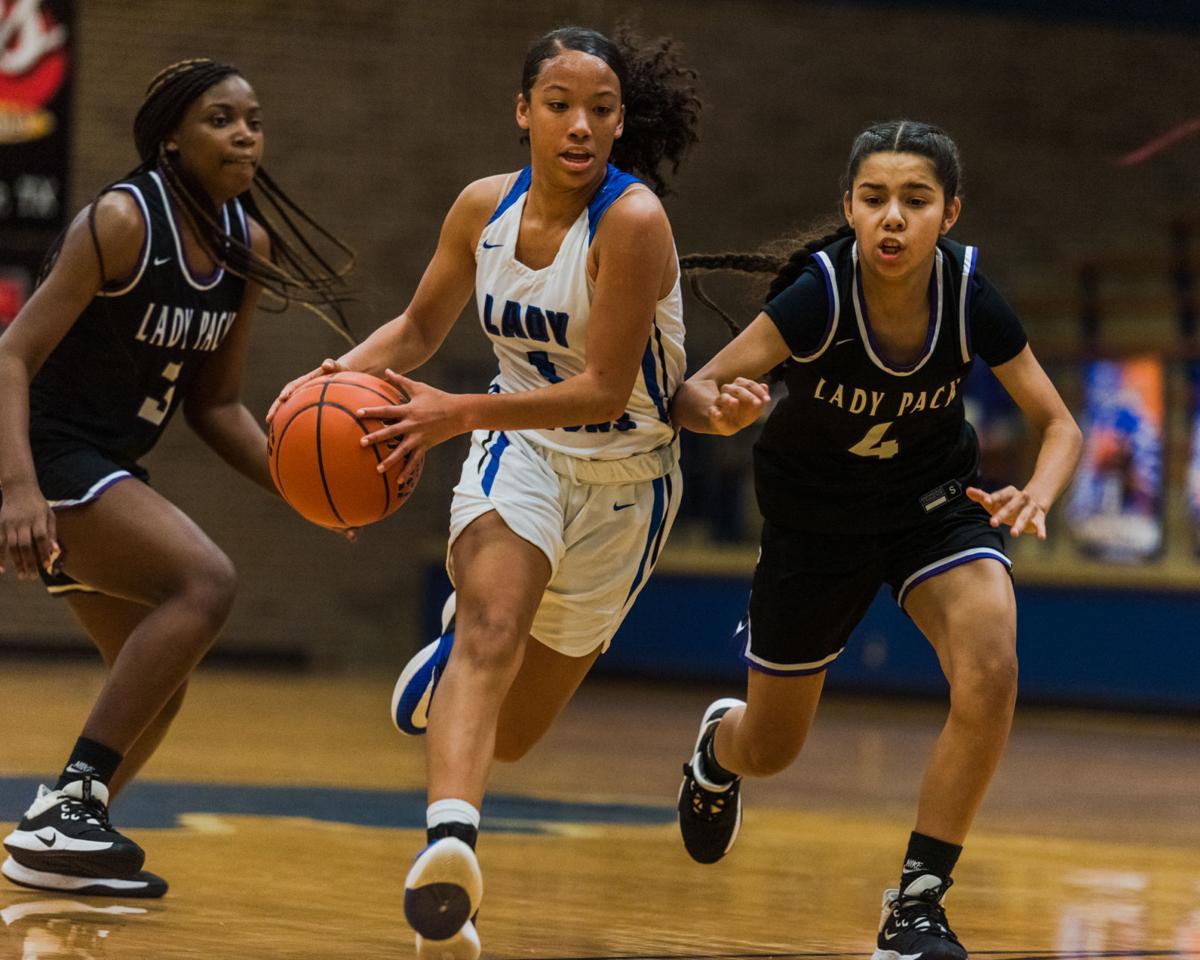 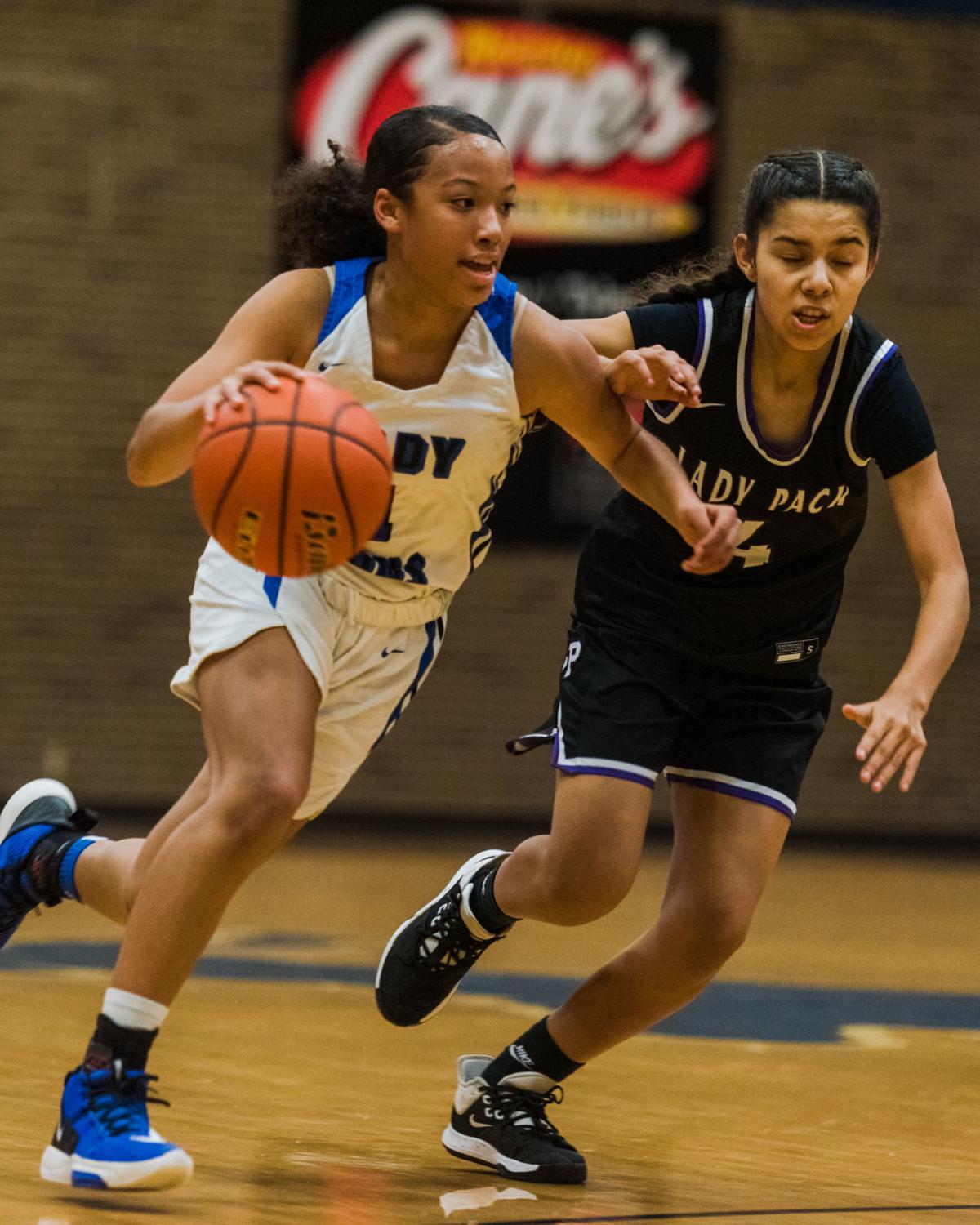 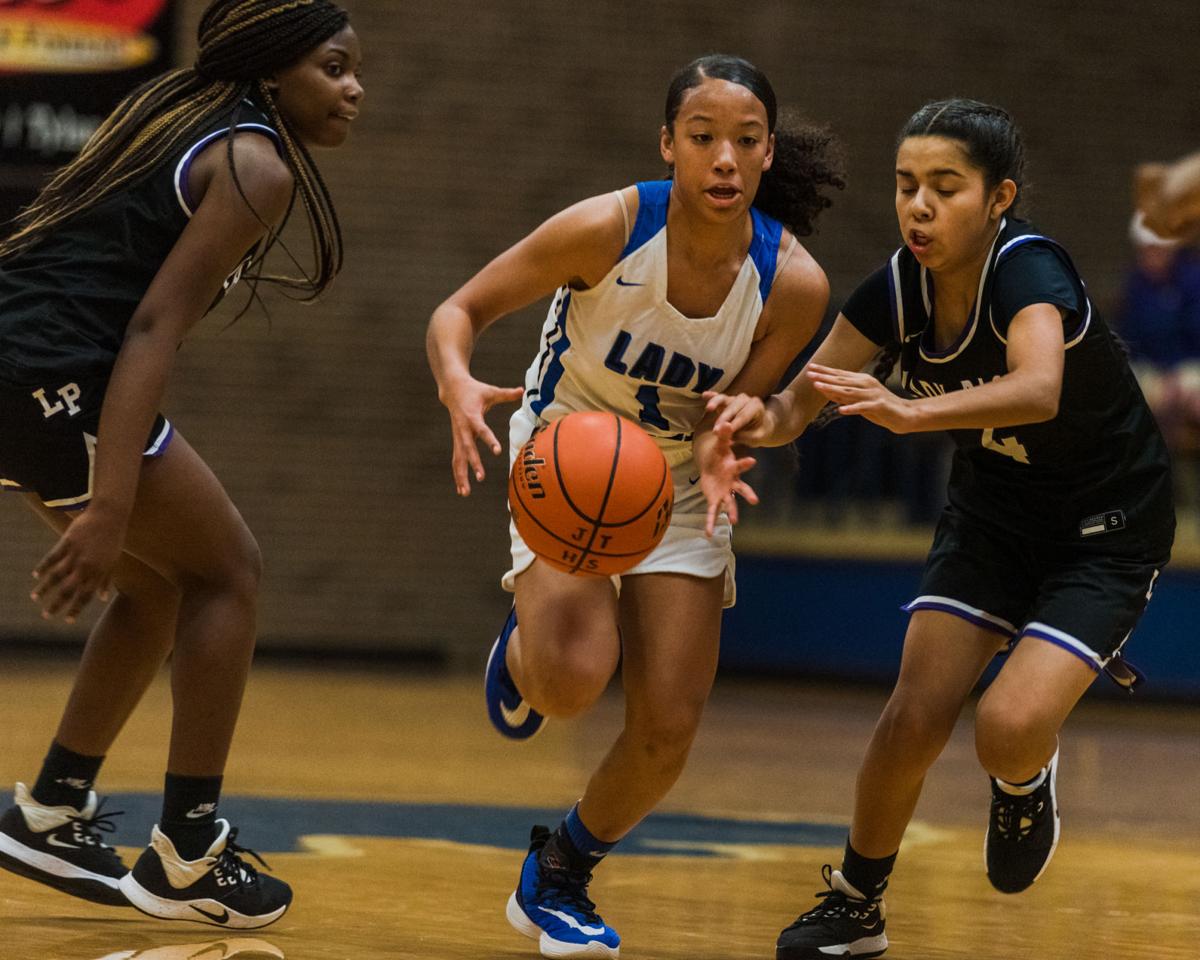 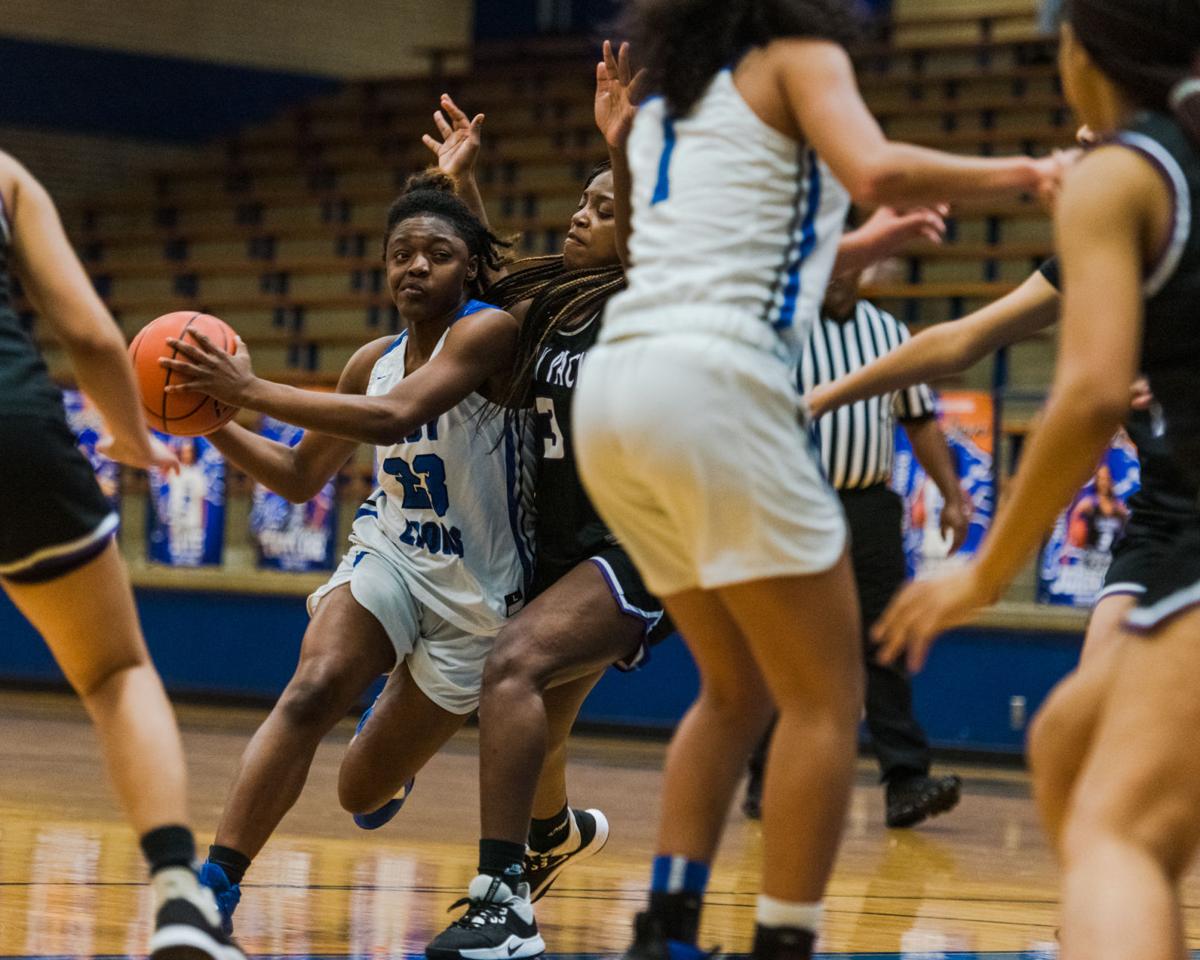 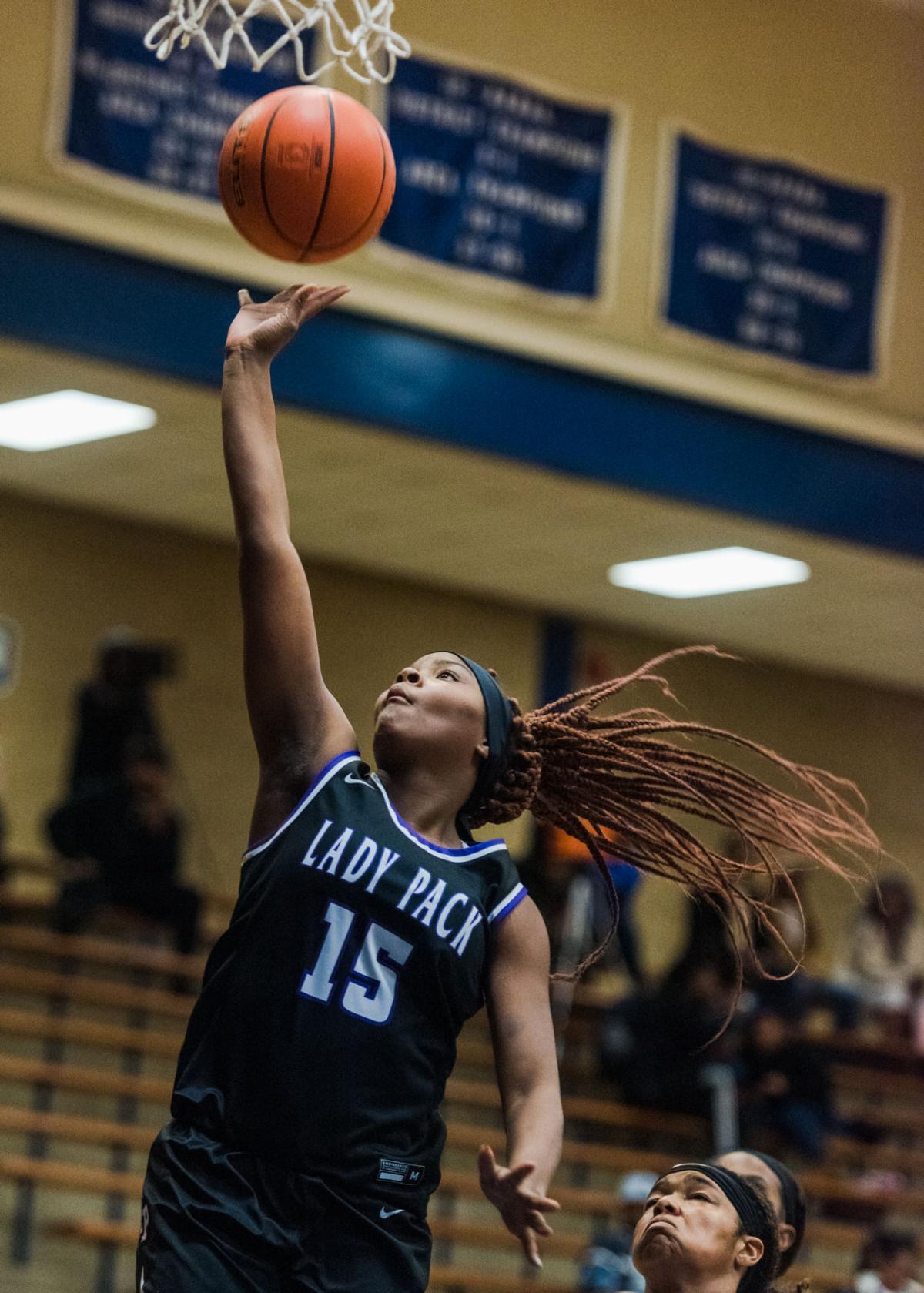 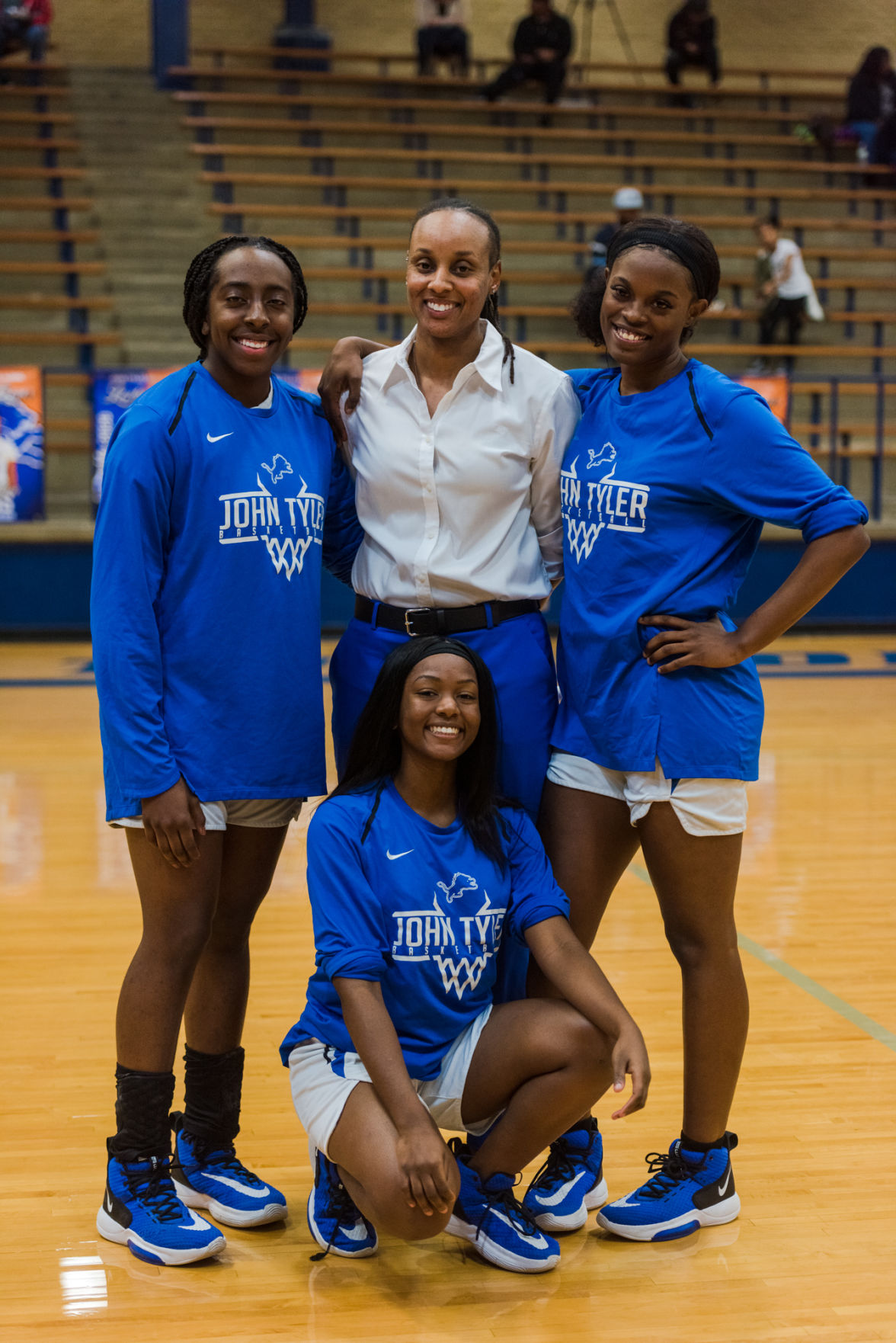 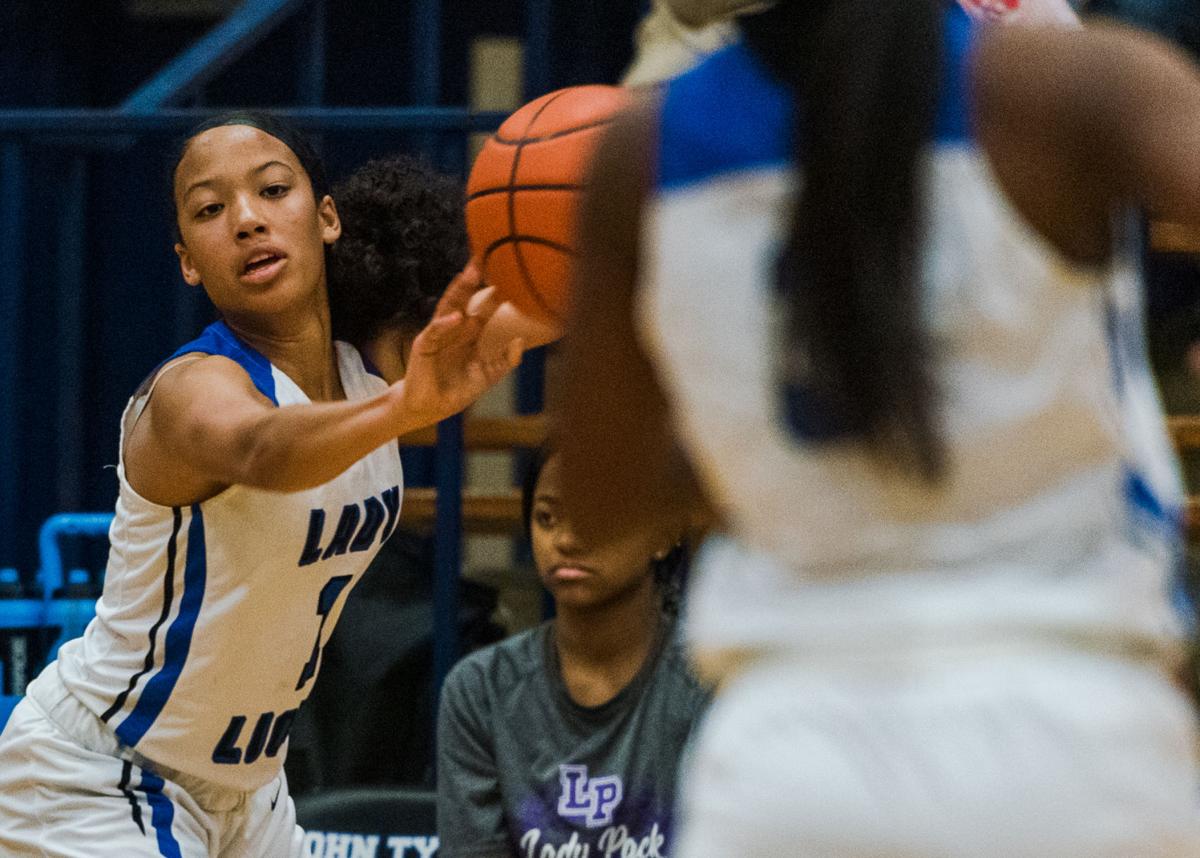 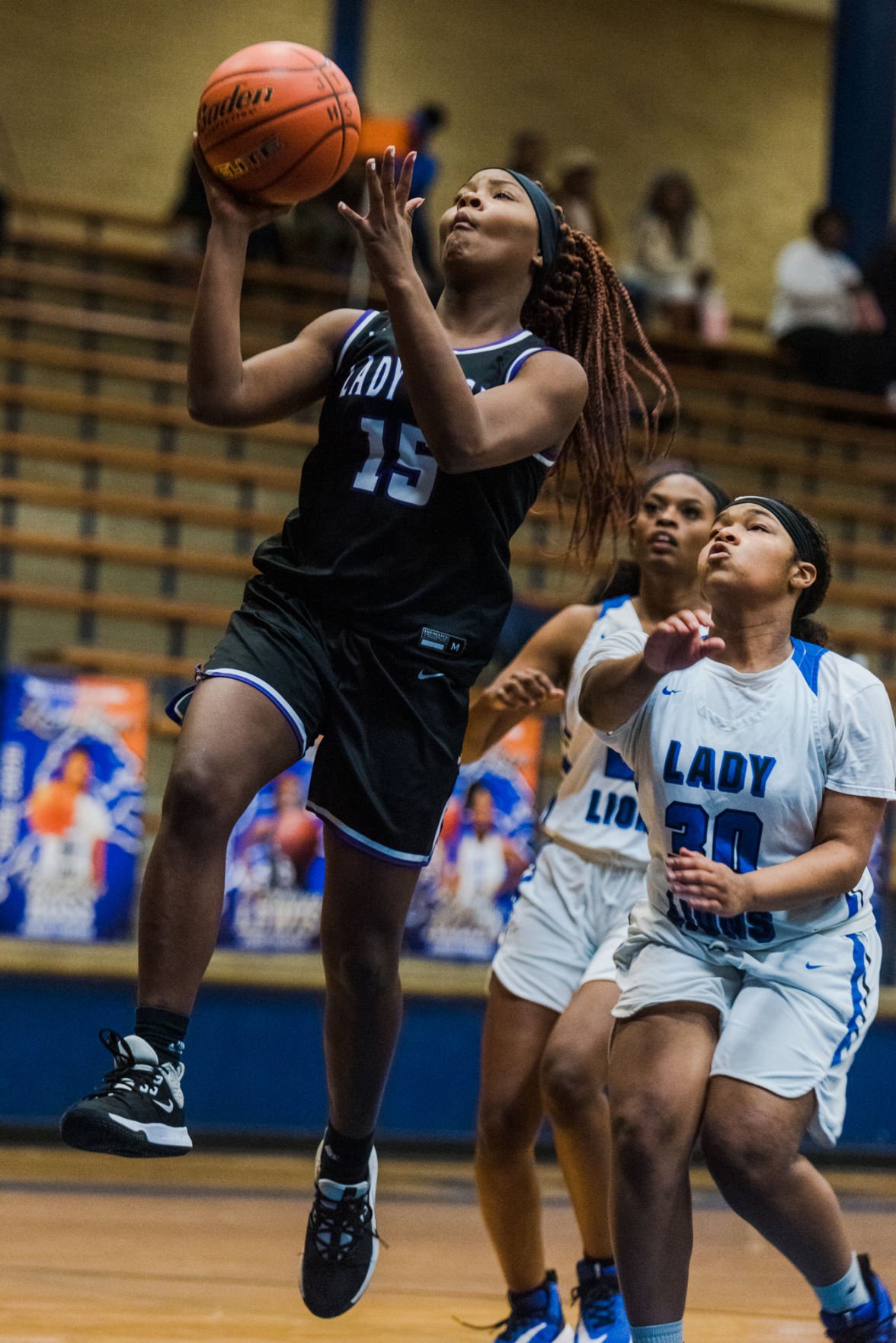 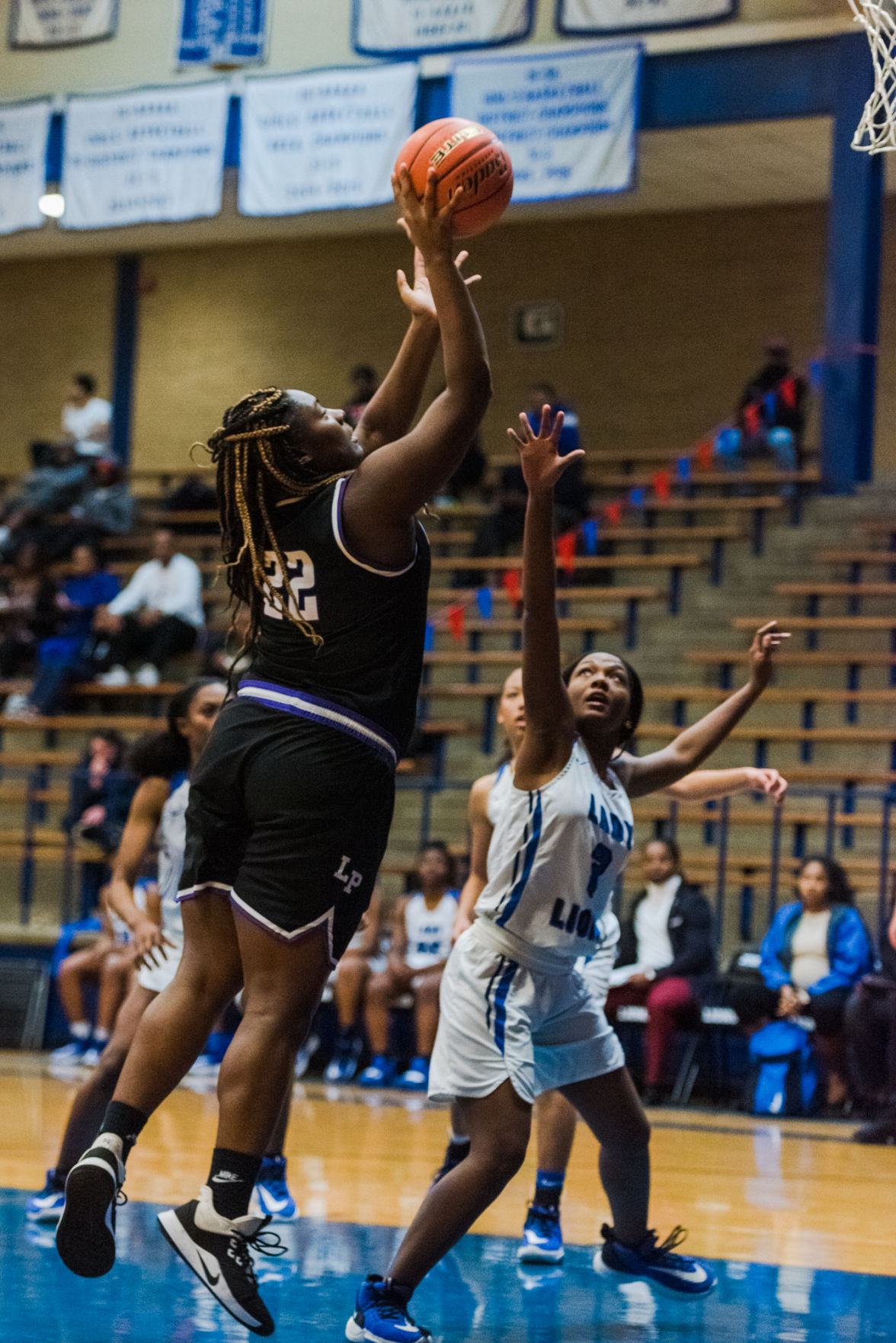 Lufkin’s Lady Panthers opened the night by using a 15-0 run to pull away for a 50-25 victory over the John Tyler Lady Lions.

The Lufkin Panthers followed by overcoming an 18-0 third-quarter run by John Tyler to take a 75-61 win on Tuesday night.

John Tyler jumped out to a 9-4 lead, but Lufkin stormed back to go up 22-14 after the first quarter.

Jackson Parks scored 12 points in the opening frame for the Panthers.

Lufkin turned the tables with a 12-0 run of its own. Freshman Ashad Walker had a putback in the final seconds to cut Lufkin’s lead to 55-44.

John Tyler was unable to get the deficit to single digits the rest of the way.

Sophomore Elijah Johnson scored 18 points for Lufkin (23-10, 8-4), including eight straight in the game-turning run in the third quarter. Natron Wortham scored 15 points and grabbed 10 rebounds, and Parks finished with 14 points.

The Lufkin lead was 31-18 after three quarters.

Makia Moon — one of three John Tyler seniors — finished with 10 points and 14 rebounds. Errian Johnson and Symone Gray were other Lady Lion seniors honored before the game.

John Tyler finished the season with a record of 9-23 overall and 4-10 in district.