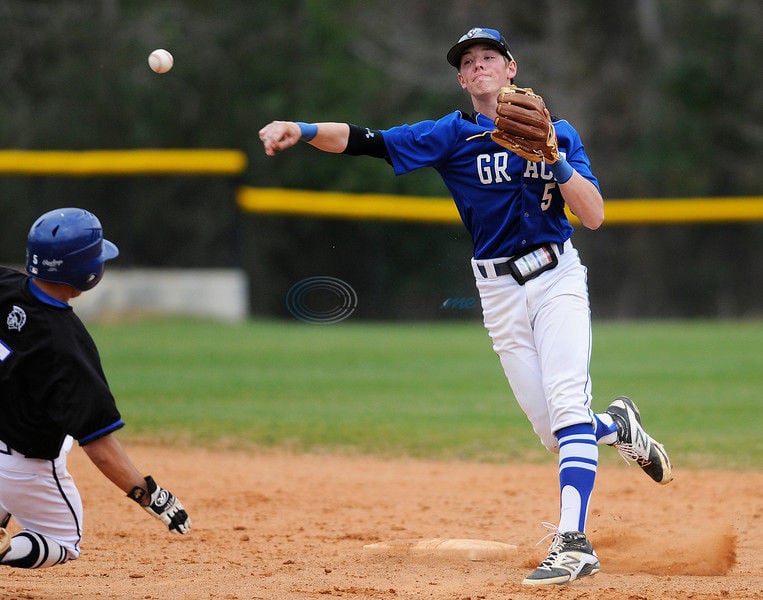 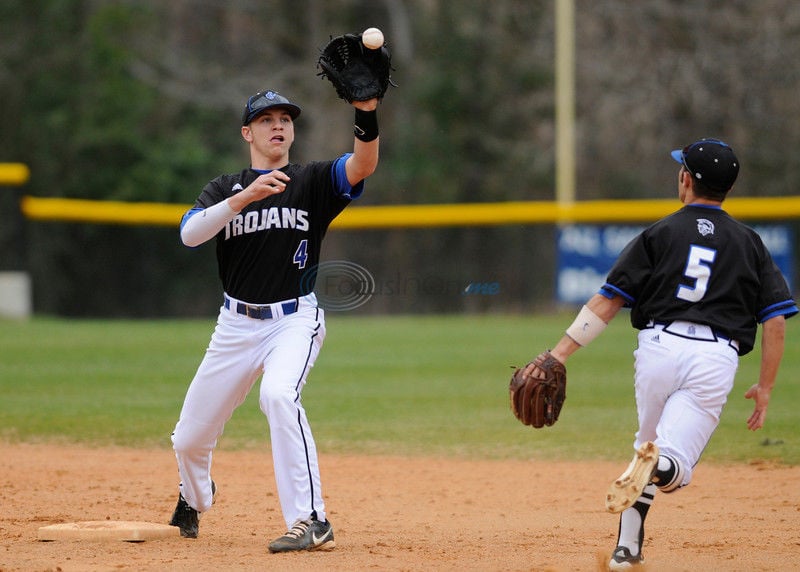 The Grace Community Cougars remained undefeated in league play and put up 11 runs in a long fourth on the way to a 14-5 win over All Saints in a TAPPS 2-4A matchup at All Saints Field on Friday afternoon.

In the second game of a doubleheader, All Saints routed Dallas Shelton 13-1.

The Trojans committed four errors in the fourth while the Cougars hit three doubles.

Leading Grace (10-4, 4-0) at the plate was Adam Graham, who chipped in with a 3-for-4 performance, scoring three times and knocking in five runs.

Austin Patrick took the win on the mound for Grace, striking out five, walking six and scattering five hits.

The Trojans did not manage an extra base hit, with five different players collecting one hit apiece. All Saints' RBIs came from Charlie Short, Aston Francis and Andrew Werner.

After the loss, All Saints coach Jerry Courtney had praise for the Cougars.

"I really didn't feel like we struggled at the plate that much, Grace just made some great defensive plays on big outs," Courtney said. "The lack of defense on our behalf really hurt us, but Grace got some big hits when they needed them too."

Grace will have a week off before resuming league play on the road, playing the Shelton School on March 25, at 4 p.m.

The Trojans meanwhile played Dallas Shelton right after the conclusion of the Grace game.

All Saints first baseman Trey Rowe banged out a pair of two-run home runs to help make it a 10-run mercy rule win for over the Chargers, 13-1.

Rowe blasted a shot over the left-center field fence with a runner on in the second, leading to a 9-1 lead after two Trojan at-bats.

Rowe had seven RBIs after a sacrifice in the first inning started his stellar night.

Bradford also had a two-RBI triple in the eight-run second.

Nathan Patton had two hits for Shelton, knocking in the lone Shelton run of the game.

"Trey (Rowe) really did a great job with some quality at-bats and he stayed in the big part of the field but he played great," Courtney said. "And it's also nice to have a 14-year-old kid like Andrew Werner step out there on a Friday night, change up his pitches and pitch a great game.

NEXT UP — All Saints at Dallas Parish Episcopal, 4 p.m. Thursday; Grace at Dallas Shelton, 4 p.m. March 25.

NEXT UP — Dallas Shelton at Carrollton Prince of Peace, 4 p.m. Tuesday.