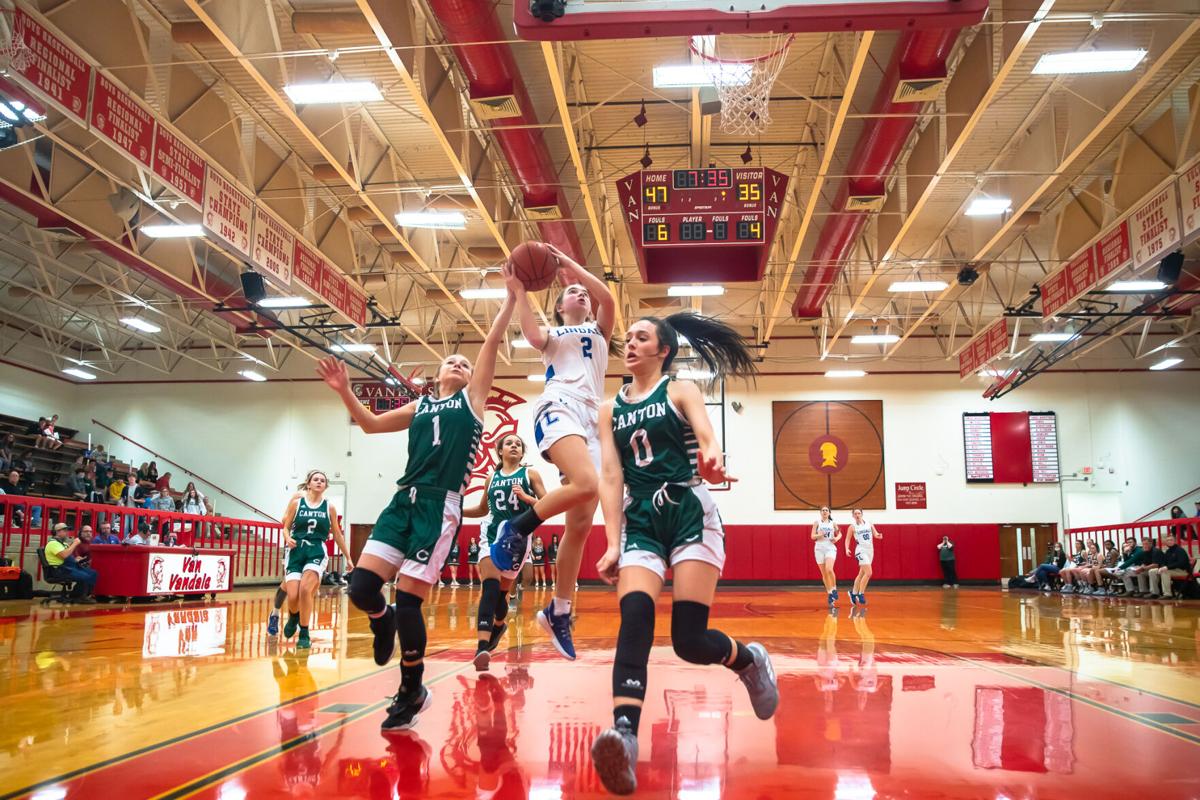 ABOVE: Lindale’s Brooke Everest (2) drives to the basket against Canton defenders Payton Bray (1) and Ashtyn Norrell (0) Monday in Van. 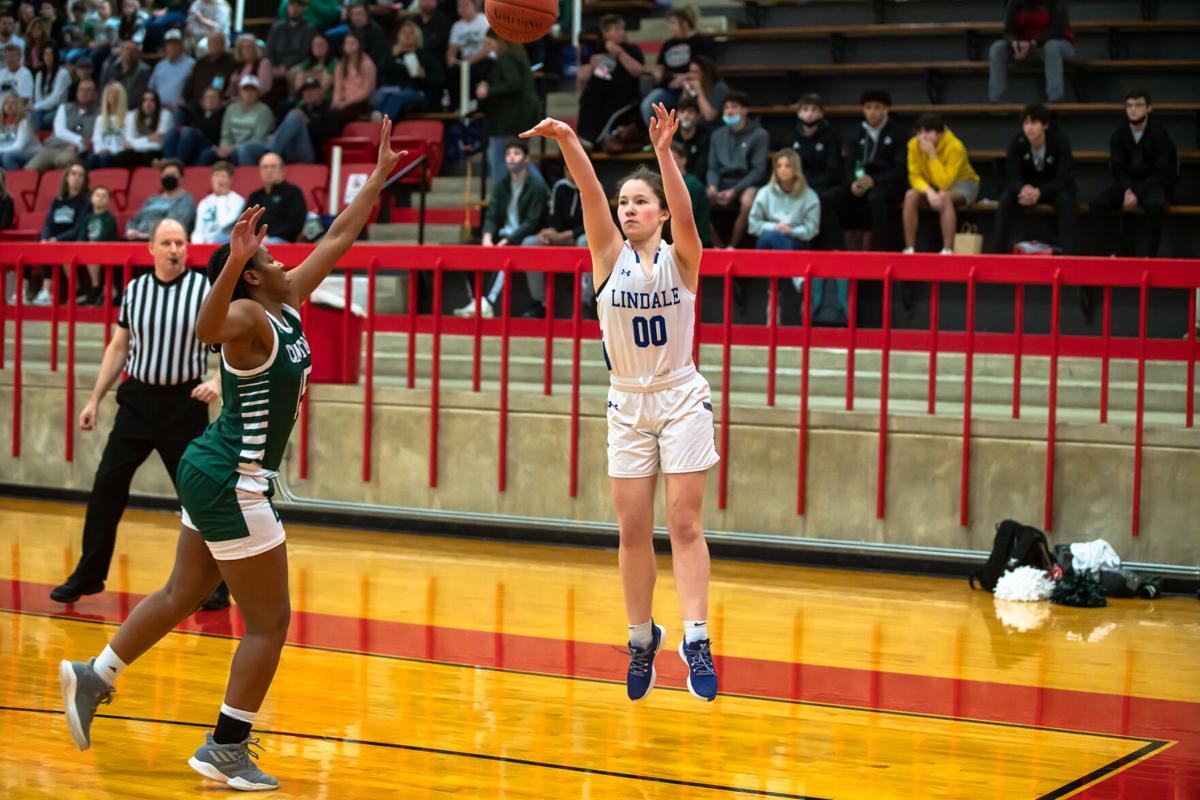 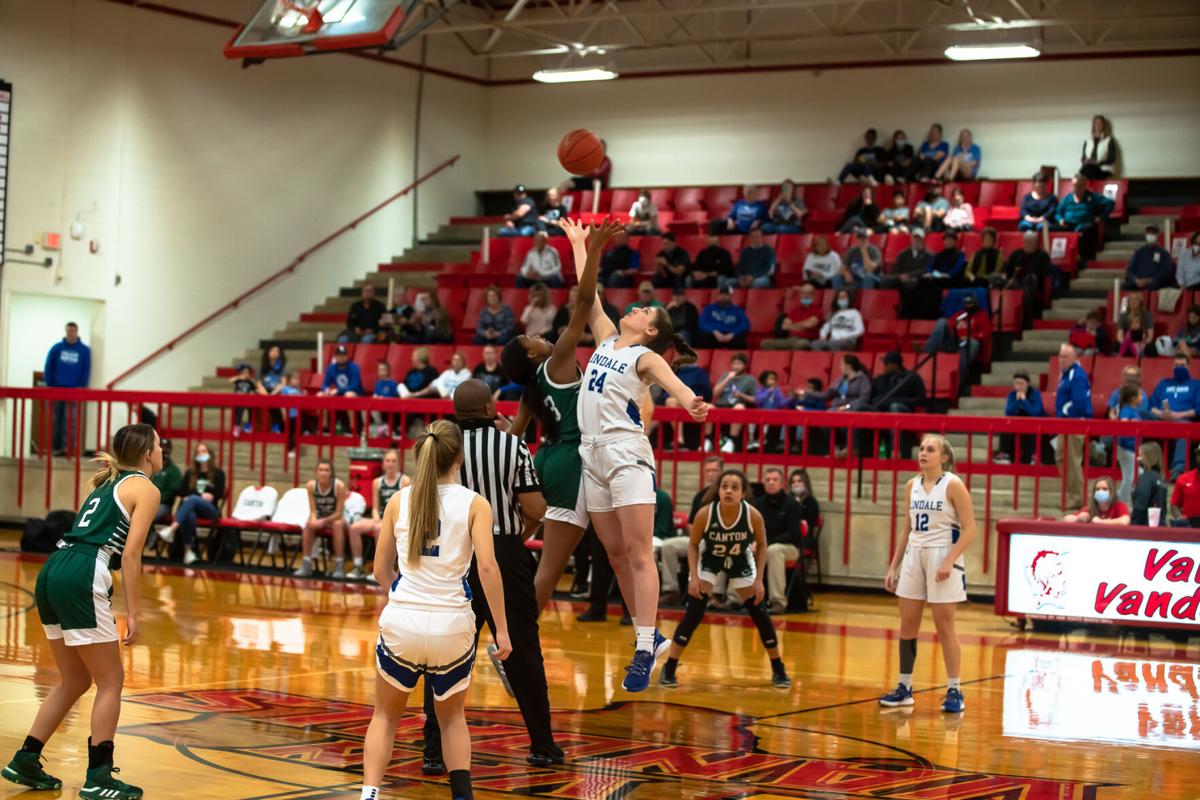 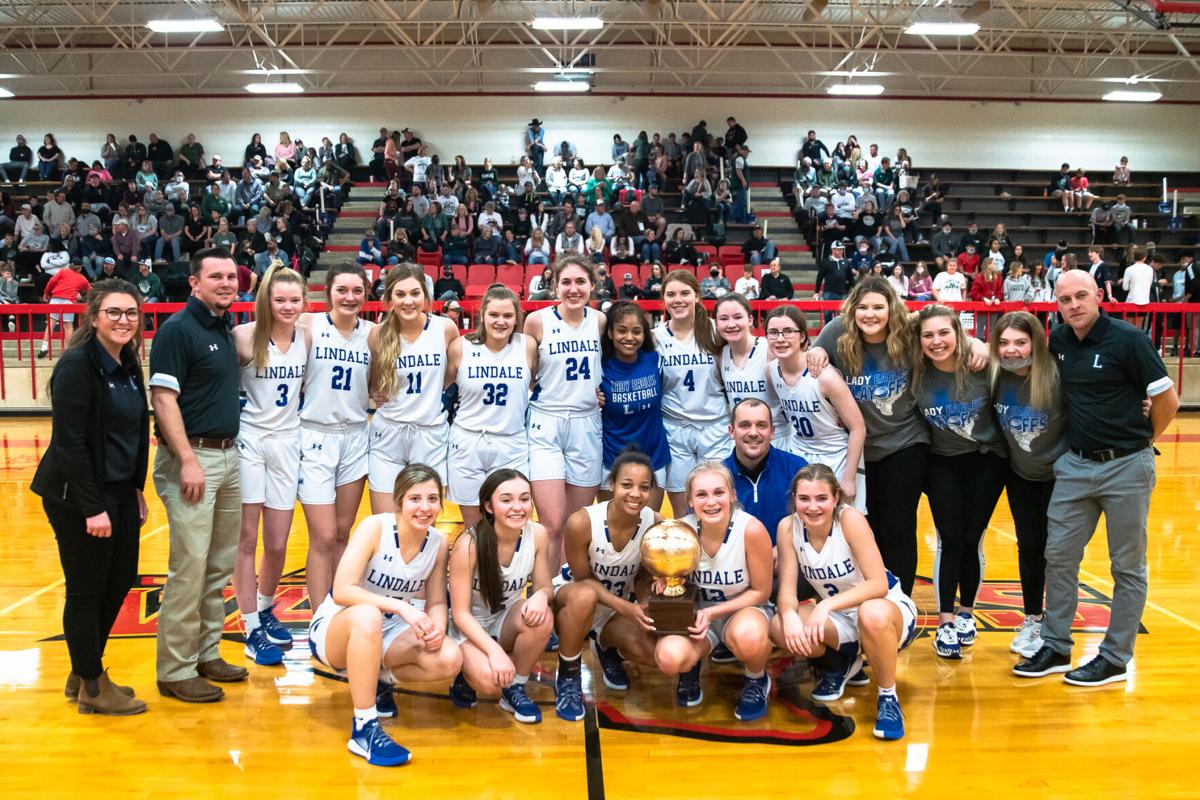 Lindale celebrates its area round win over Canton.

ABOVE: Lindale’s Brooke Everest (2) drives to the basket against Canton defenders Payton Bray (1) and Ashtyn Norrell (0) Monday in Van.

Lindale celebrates its area round win over Canton.

VAN — Shelbi Steen scored 27 points and pulled down 15 rebounds to lead the Lindale Lady Eagles to a 60-56 win over Canton in the area round of the playoffs on Monday night.

Like most opponents, Steen gave Canton trouble inside all night. And in the second quarter, she decided to step out and knock down a 3-pointer.

“She is clutch,” Lindale head coach Daniel Devisscher said. “When we need her, she steps up, every single time. She is such a talented post player, and not just a post player, but an inside-out player. She’s just awesome.”

Canton led 17-13 after the first quarter. After a 3-pointer by freshman Marley Keith and a hook shot by Steen put Lindale ahead 18-17, Canton went on an 8-0 run to go up 25-18 midway through the second quarter.

The Lady Eagles then responded with an 11-0 run with Steen scoring eight points in that span. Makenna Burks connected on the 3-pointer that pushed Lindale in front. With the score at 29-27, the Eaglettes got a putback from Ashtyn Norrell just before time expired to tie the score at 29 at halftime.

Lindale opened the second half with a 9-0 run and outscored Canton 18-6 in the third quarter. Kalaya Pierce and Steen combined for 17 of the points.

“It feels amazing to do it with my team,” Steen said. “I’ve played with them all so long. It’s just a very unique experience. We just stayed together and stayed calm and tried not to get overwhelmed.”

With Lindale leading 48-35, Kori Nicklas hit her third triple of the night for Canton. The Eaglettes began to make their move and eventually got the deficit to three, 55-52 with 2:36 remaining after a layup by Amari Welch.

Following two free throws by Steen, Norrell hit a jumper in the lane to make the score 57-54 with exactly a minute to play. It came down to free throws from there. Shameir Quimby’s free throw with 15 seconds left cut the score to 58-56.

With Canton unable to foul after the inbounds pass, Keith broke away for a layup to help seal the victory for Lindale.

“That was the big thing,” Devisscher said. “Our guards were able to run and space very well. We were able to take advantage and push the ball down the floor at the end there to finish with that last bucket. They did a really good job.”

Lindale hadn’t reached the playoffs since 2018 and hadn’t won a playoff game since 2013. Now, the Lady Eagles (24-4) are headed to the regional quarterfinals to take on No. 25 Gilmer.