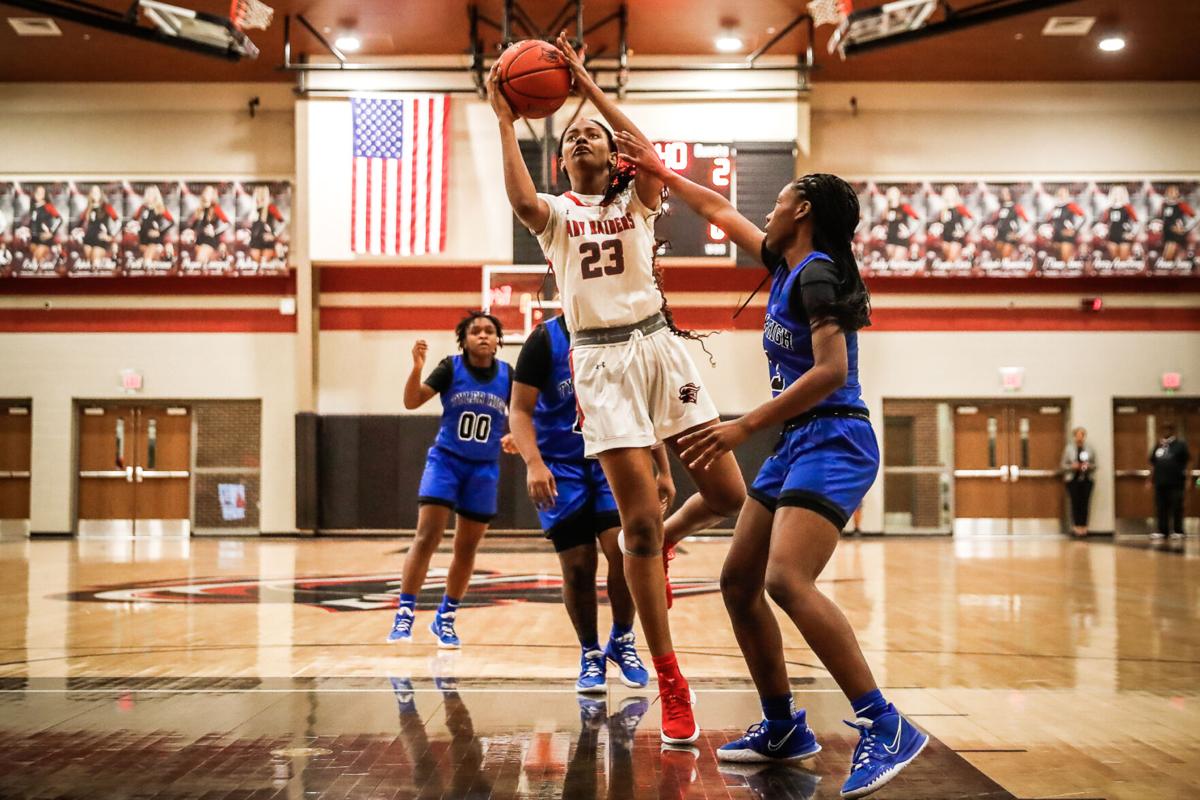 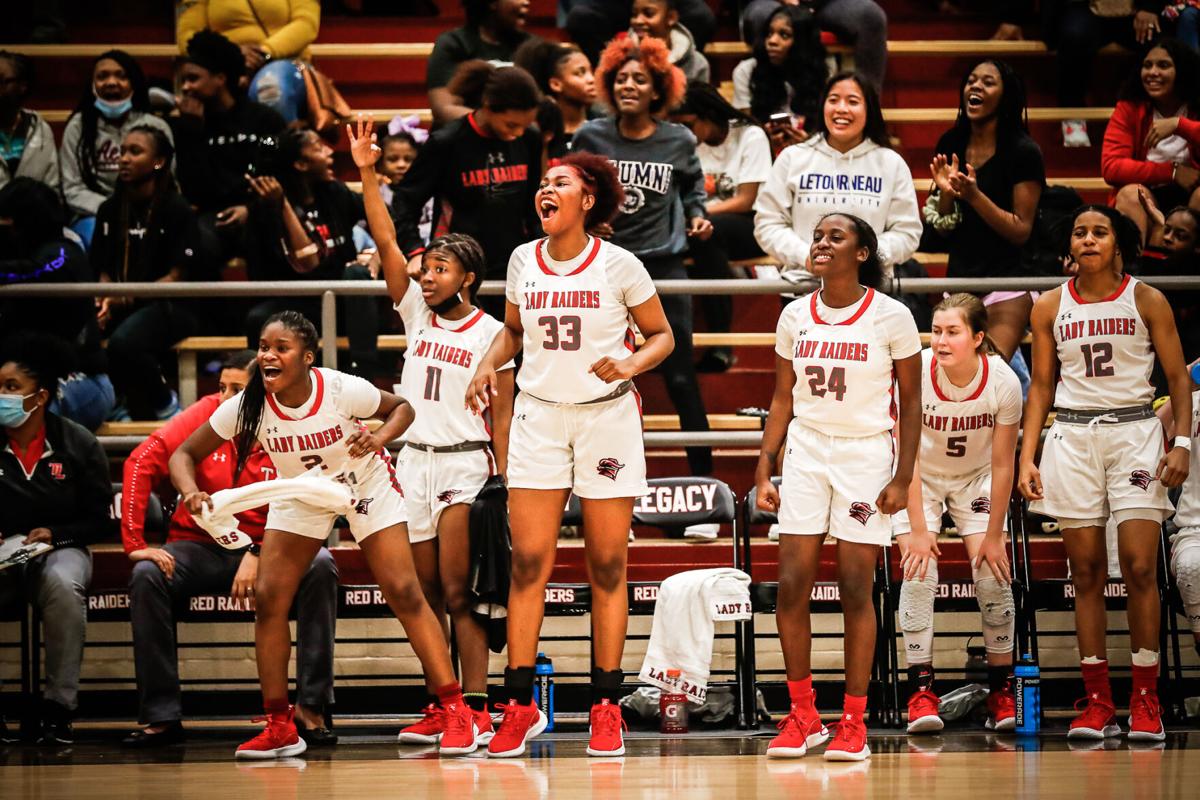 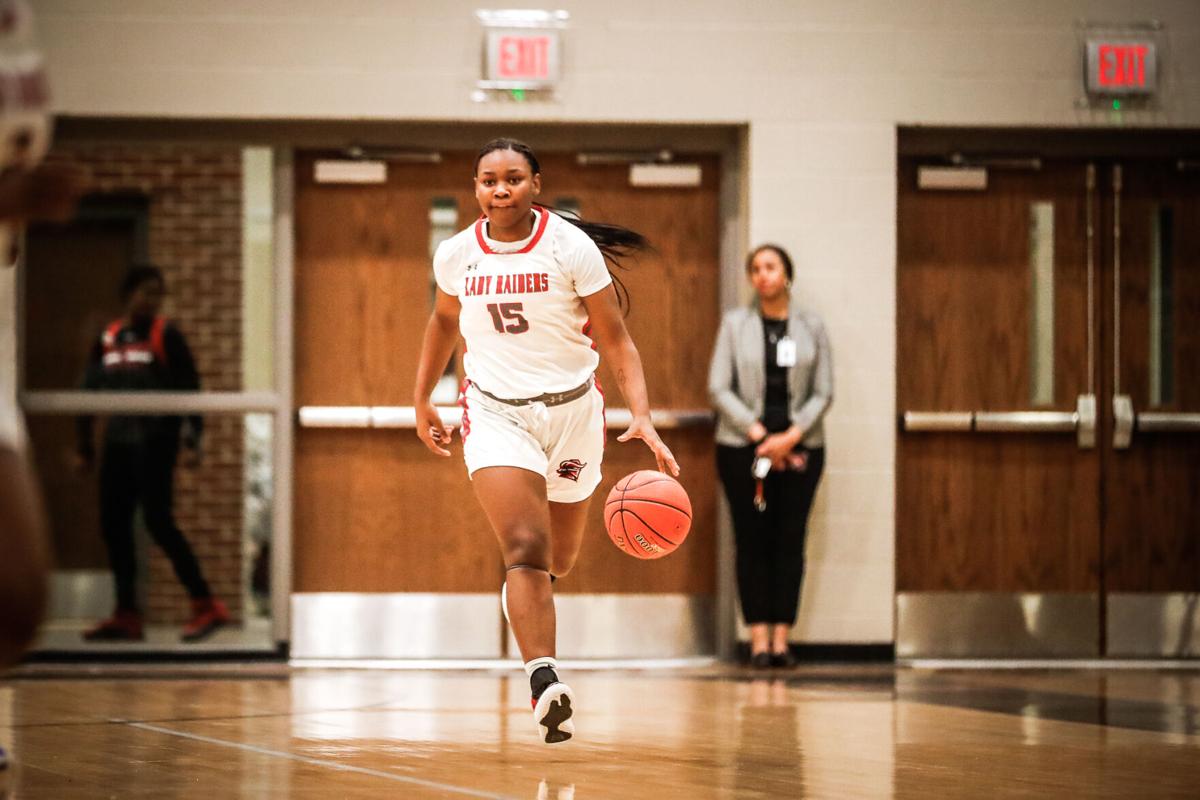 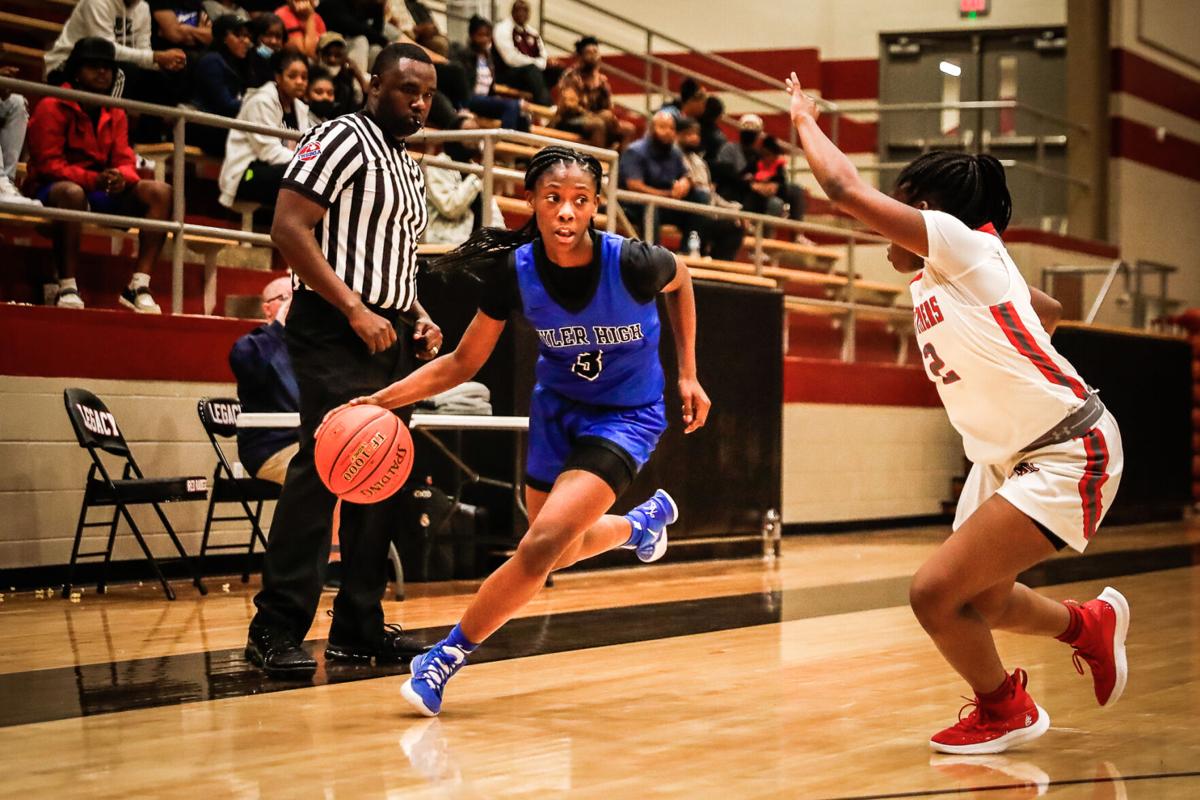 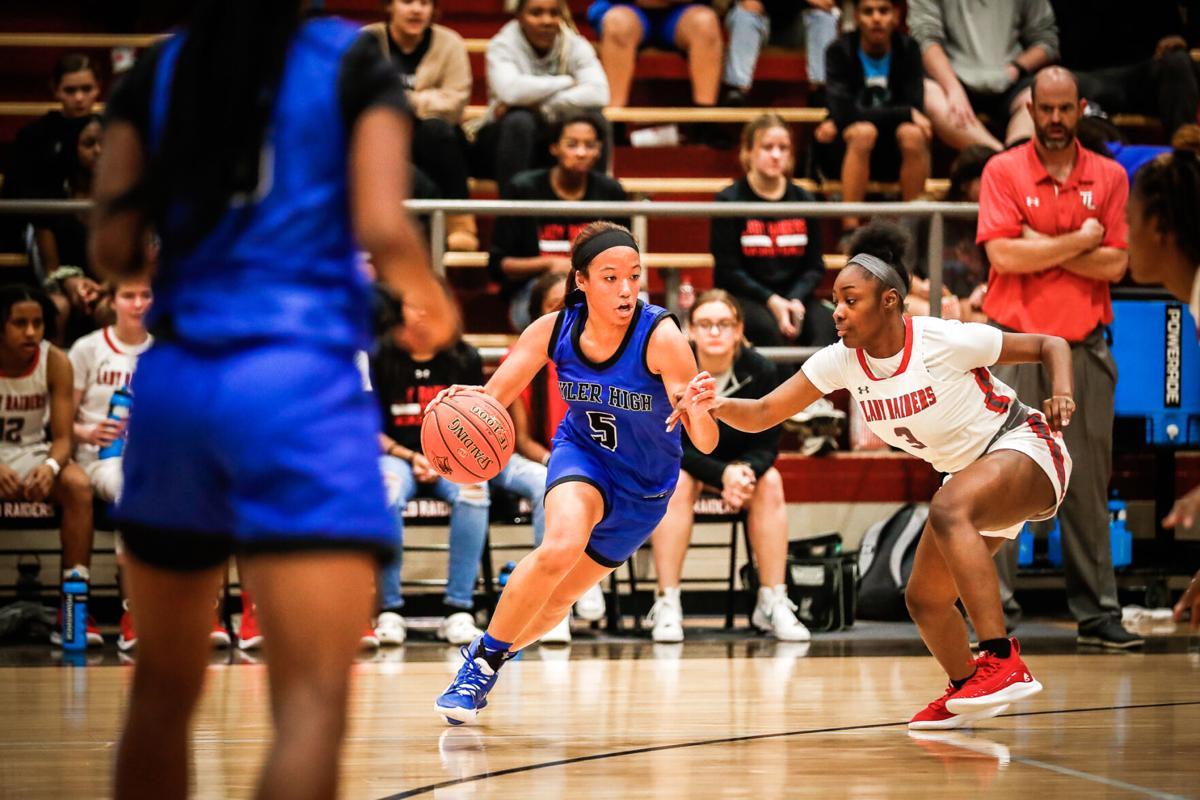 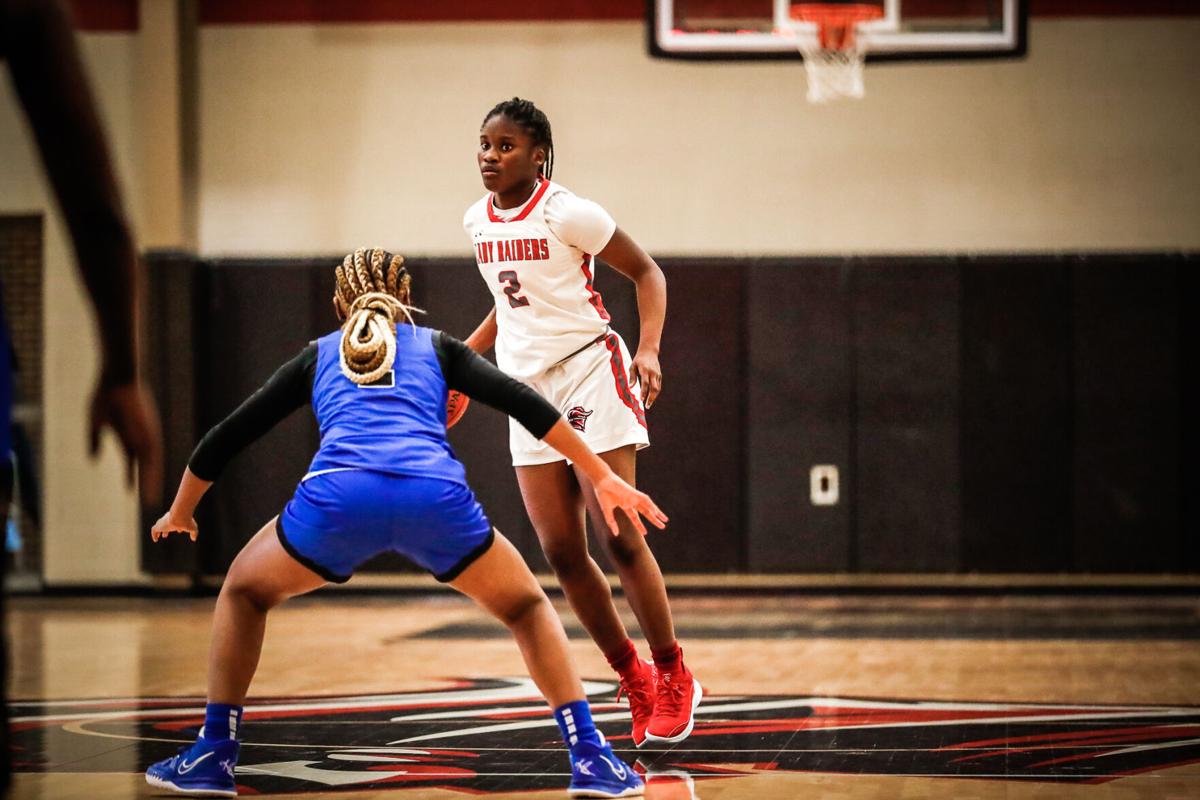 Tyler High’s guard duo of Kamora Jackson and freshman Kalyse Buffin helped the Lady Lions grab an early lead on the road against their crosstown rivals.

In the second half, the Tyler Legacy Lady Raiders were able to impose their will inside with their post trio of Nyla Inmon, Akya Turner and Taliyah Mumphrey to take a 51-34 win on Tuesday night at Tyler Legacy Varsity Gymnasium.

Four-year varsity senior Aaliyah Campbell had her say in the outcome, as well.

Campbell’s spin and finish through contact and then the free throw to follow with 3:50 gave the Lady Raiders their first lead of the game at 16-15 — a lead that they never gave up.

The Lady Lions took an early 6-0 lead with Buffin and Jackson scoring all of the points. After Campbell scored twice to cut the score to 6-4, Tyler extended the lead to 9-4 after the first quarter.

Buffin started the scoring in the second half for Tyler before Legacy answered with an 8-0 run. The Lady Raiders led 36-22 after three quarters.

Buffin hit two free throws to open the final quarter, and the Lady Raiders responded with a 7-0 run.

Tyler will play in the Burleson Tournament beginning Thursday, while the Lady Raiders are in the Royse City Invitational.