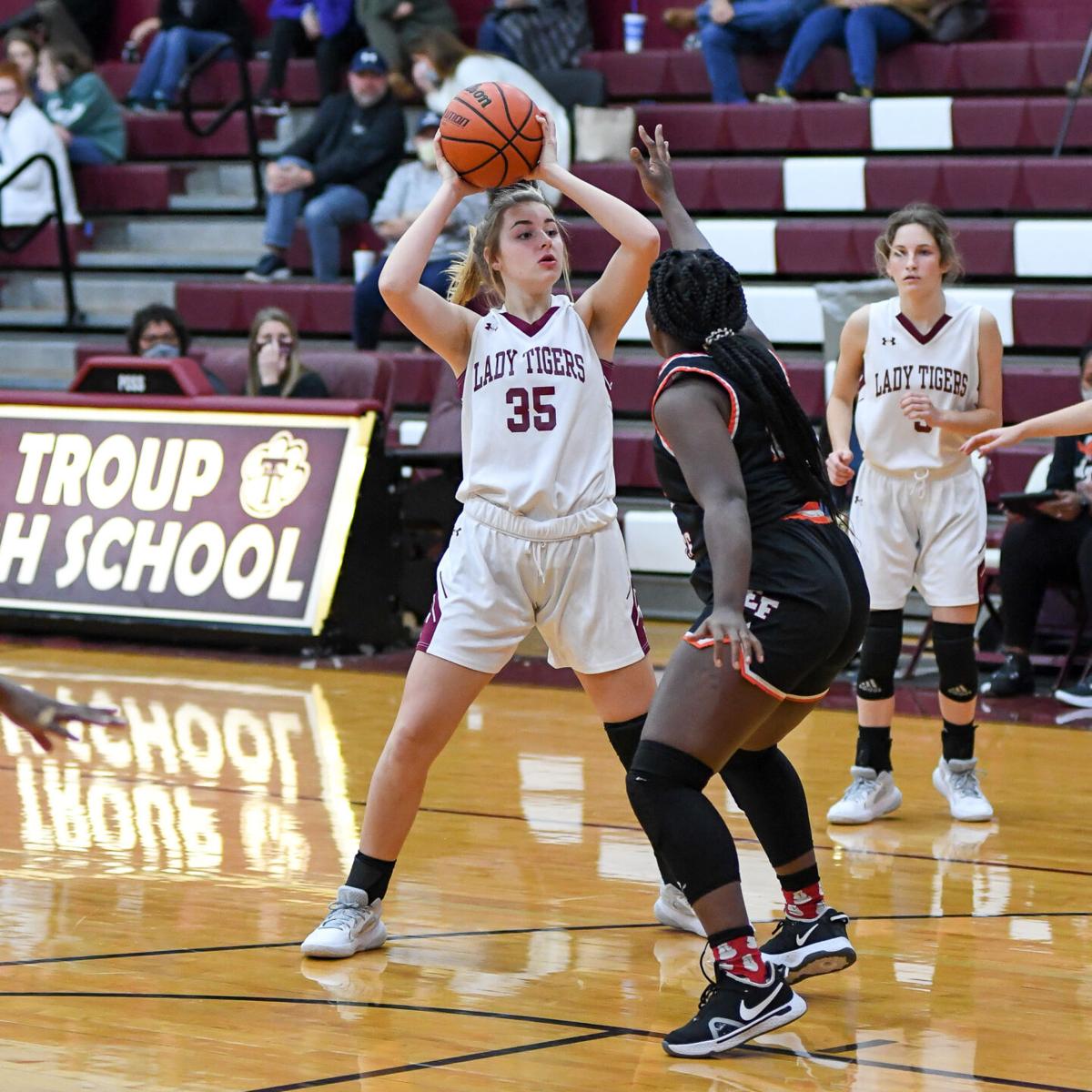 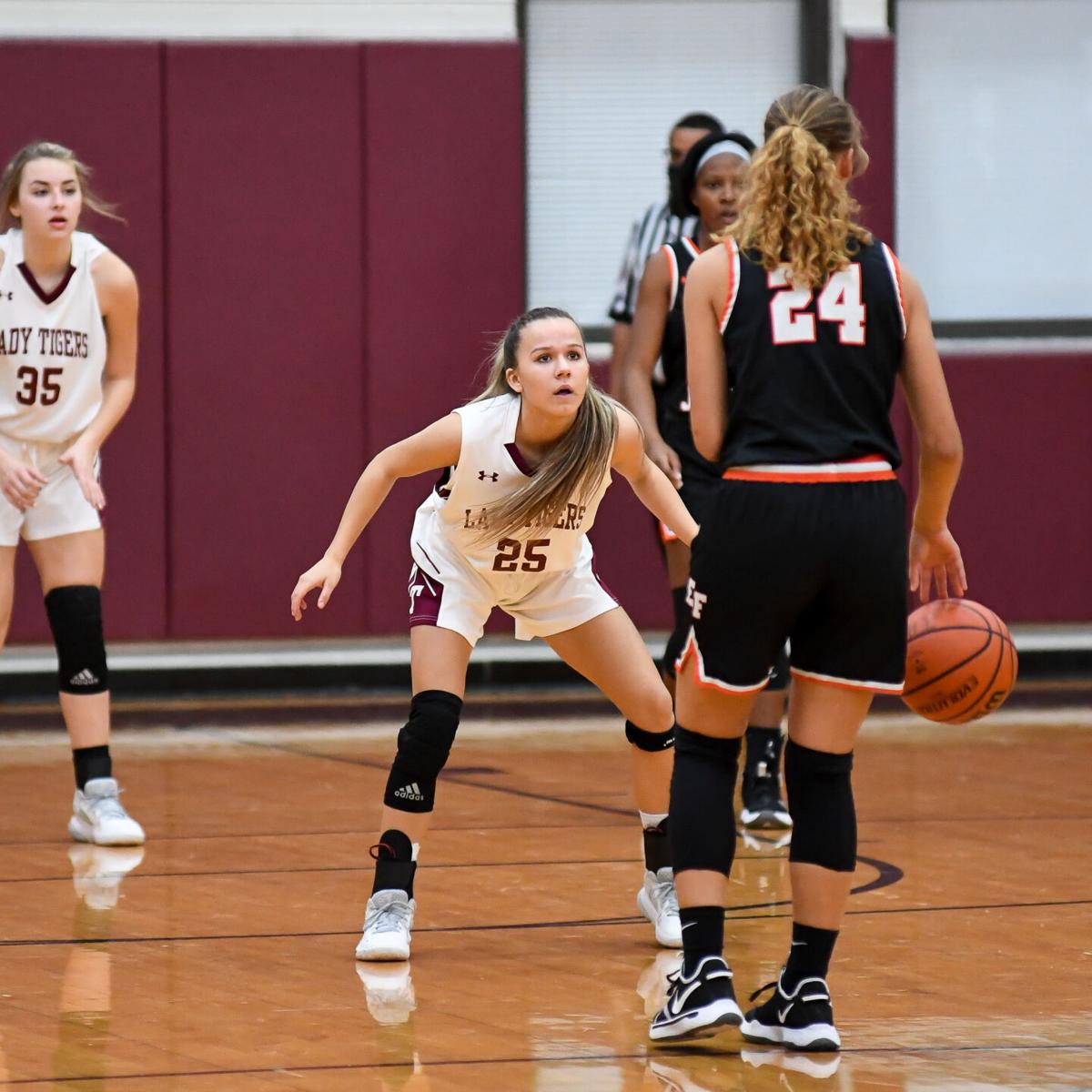 No. 9 All Saints 33, Arlington Pantego 25ARLINGTON — Sarah Jordan scored 10 points, followed by Olivia Patterson (9) and Maggie Maxey (8) as the No. 8 All Saints Lady Trojans defeated Arlington Pantego Christian 33-25 on Tuesday in a TAPPS 4A District 2 girls basketball game.

The Lady Trojans are scheduled to play at Dallas Covenant on Friday.

Ashlyn Stiger added 10 for Texas High, which led 8-3 after one quarter and 18-5 at halftime.

Mariyah Furay and Emari Fluellen had seven points apiece in the loss for Pine Tree. Renee Garrett finished with three and Fyndi Henry added a bucket.

Elysian Fields 36, Troup 30TROUP — The Elysian Fields Lady Yellowjackets earned a 36-30 road win against Troup in District 16-3A on Tuesday.

Christen Smith and Madison Edwards both scored 17 for Elysian Fields (3-8).

Troup (4-15) was led by Sarah Neel and Bailey Blanton who each scored eight points. Others scoring for the Lady Tigers were Jessie Minnix (6), Karsyn Williamson (5) and Chloie Haugeberg (3).

Asia Neff scored the other two points for the Lady ‘Jackets. Also, Edwards hit a 3-pointer.

Troup is scheduled to visit Harleton on Tuesday, Jan. 19.

ORE CITY — The Gladewater Lady Bears opened and closed with 20-point quarters en route to an 81-15 District 15-3A win over Ore City.

Gladewater led 20-3 after one quarter and ended the game by outscoring the Lady Rebels 20-0 in the fourth period.

Tori Cummins had six points and Emily Hoosier four in the loss for Ore City.

JEFFERSON — Ja’Kayla Rusk and Da’Navia Thomas combined for 43 points, and the Jefferson Lady Bulldogs held on for a 53-46 District 16-3A win over the West Rusk Lady Raiders.

WHITE OAK — Blaire Kaufman ripped the nets for 35 points, and the Sabine Lady Cardinals pulled away in the fourth quarter to earn a 61-51 District 15-3A win over the White Oak Ladynecks.

Maddie Furrh had eight points for Sabine, which improved to 15-1 overall and 5-1 in district play with the win. Mercedes Willett had five points, Addy Gresham four and Hailey Davis, Claudia Simmons and Ashlynn Davis three apiece.

Sabine held a slim 44-42 lead after three quarters, outscoring the Ladynecks 17-9 in the final eight minutes.

Kyleigh Posey scored 14 points, and Natalie Styles and Elyssia Lemelle added 12 apiece for the Lady Pirates, who broke a 30-30 deadlock at the half by outscoring Paris 17-5 in the third period. Sanaa Hollins scored nine points, Gabbi Brown six, Jada Peoples four and Kaitlyn Hernandez one.

Pittsburg will host Gilmer on Saturday.

Kilgore 41, Spring Hill 36KILGORE — Miah Thomas recorded a 23-point, 11-rebound double-double for Kilgore, and the Lady Bulldogs outscored Spring Hill 14-7 in the final stanza to earn a 41-36 District 16-4A win.

Tatum 52, Arp 24TATUM — Emm Wiley tossed in 16 points, Trinity Edwards and Jaliyah Leatch added nine apiece for the Lady Eagles and Tatum rolled to a 52-24 District 16-3A win over Arp.