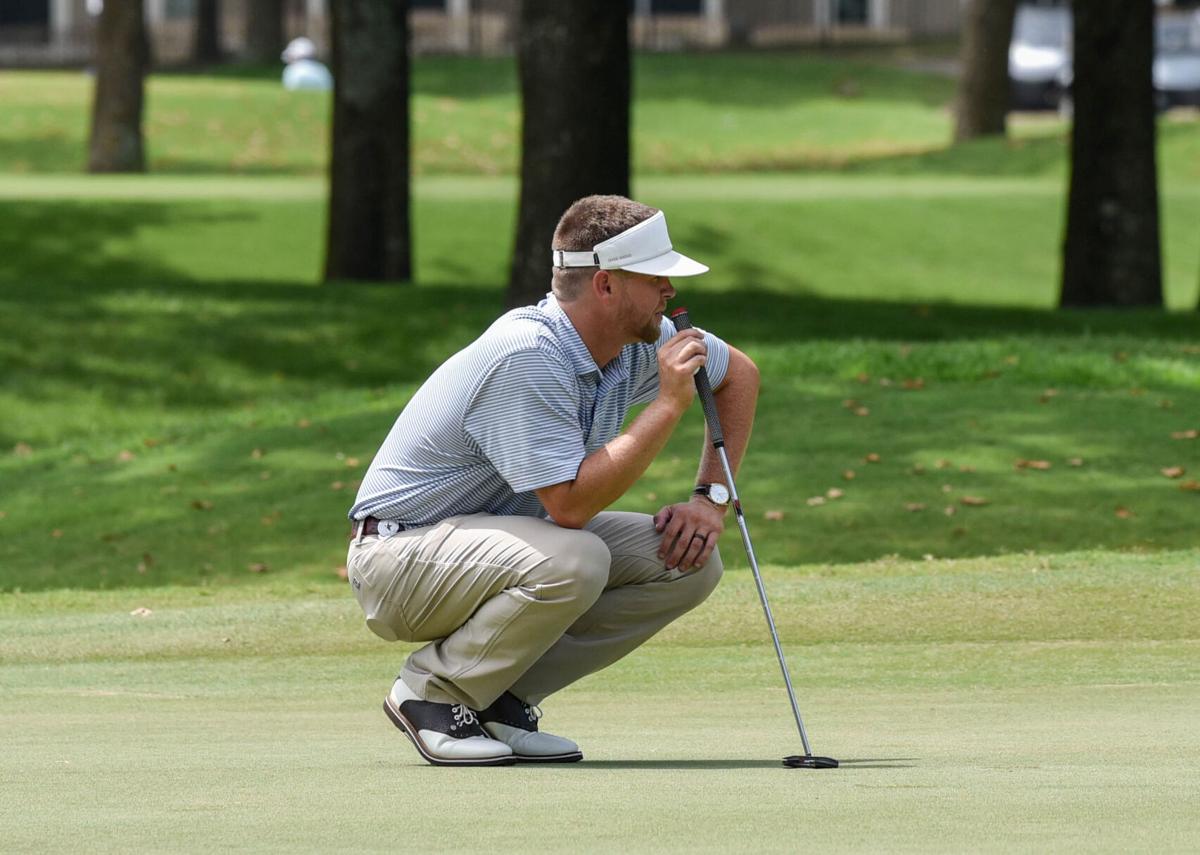 Dillon Board, of Jacksonville, Fla., is tied for the lead with two other golfers in the 51st Higginbotham Texas State Open after Tuesday’s first round at The Cascades Golf & Country Club in Tyler. 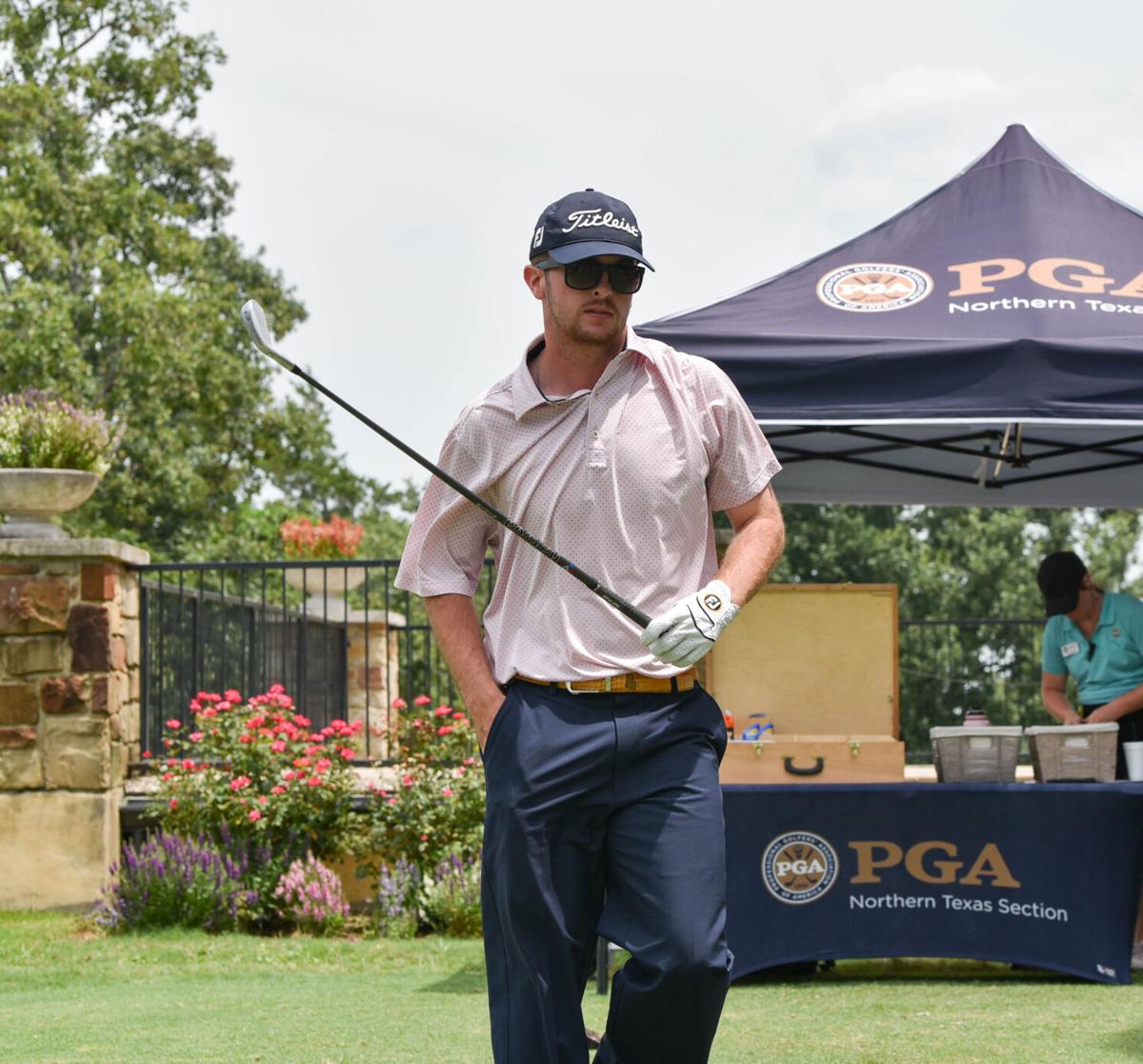 SFA’s Jake Smelser, of Troup, carded a 1-over 71 in first round of the 51st Higginbotham Texas State Open on Tuesday at The Cascades Golf & Country Club in Tyler.

Dillon Board, of Jacksonville, Fla., is tied for the lead with two other golfers in the 51st Higginbotham Texas State Open after Tuesday’s first round at The Cascades Golf & Country Club in Tyler.

SFA’s Jake Smelser, of Troup, carded a 1-over 71 in first round of the 51st Higginbotham Texas State Open on Tuesday at The Cascades Golf & Country Club in Tyler.

There were a bunch of birdies and a few eagles flying around the golf course on Tuesday with three golfers in particular taking advantage of the scoring conditions.

Dillon Board, 2012 champion Nathan Tyler and amateur Paul Gonzalez each shot 8-under 62 to take the first round lead of the $200,000 51st Higginbotham Texas State Open at The Cascades Golf & Country Club.

Also of note, former NFL quarterbacks Tony Romo and Johnny Manziel competed. Romo carded a 1-over 71 and is tied for 86th, while Manziel had a 79 and is 155th. Both received sponsor exemptions. Defending champion Mitchell Meissner, a former Rice University golfer from San Antonio, shot an even-par 70 and is tied for 73rd.

The second round of the 72-hole event is scheduled to begin at 7:30 a.m. Wednesday. After the 36 holes the low 55 and ties will advance to third round on Thursday. Manziel is scheduled to tee off at 8:24 a.m. with Romo starting at 1:24 p.m. Both are slated to begin on hole No. 1.

Board, of Jacksonville, Florida, had six birdies and an eagle, while Tyler, of Mesquite, had four birdies and three eagles. Gonzalez, of Waxahachie, had eight birdies.

“It was good, it was kind of stress free, hit the ball very consistent,” said the 27-year-old Board who attended the College of Coastal Georgia. “Knocked in a few putts. Other than that, only missed a handful of greens. And was able to take it low today.

“It’s nice, it’s nice to get out there — what we call back home dew sweeping. It’s my first time here playing in the Texas State Open. Just happy to be out, knock a couple of putts in early, get that confidence high, and it was nice.”

He played holes 10 through 16 at 6-under. Tyler won the TSO at the Lakes of Castle Hills in Lewisville on the first hole of a sudden-death playoff.

“I told my coaches after my last tournament that I want to go out and try to win this thing,” said Gonzalez, who grew up playing Northern Texas PGA Junior Tour events. “I drove it well and just hit it to the fat parts of the green. That was the game plan today.”

Gonzalez is trying to become the second amateur to win the title and first since the inaugural tournament won by Homero Blancas in 1960.

A stroke back of the leaders are Jack Ireland, of The Woodlands, and Tyson Reeder, of Edmond, Oklahoma, in a tie for fourth with 63s. Tied for sixth are Frenchman Cyril Bouniol of Willow Park and Zach Bauchou of Stillwater, Oklahoma at 64.

Amateur Davis Seybert, 18, of Midland, the youngest player in the field and a NTPGA Junior Tour member finished round one at 1-under-par 33-36-69. Seybert earned an exemption through the Ewing Automotive NTPGA Junior Tour’s All American Tour.

Seventy-two golfers are under par. There are 123 professionals and 33 amateurs entered.

GOLF NOTES: There is no admission charge to the 51st Higginbotham Texas State Open. ... The Cascades, which is hosting the TSO for the 10th time, is located at 4511 Briarwood Road in Tyler (75709). ... Golfers are scheduled to tee off Nos. 1 and 10 beginning at 7:30 a.m. and continue through 2:27 p.m. ... Fans are asked to observe golf etiquette, staying on the golf cart paths during play. Please don’t ask Tony Romo, Johnny Manziel and other players for autographs during the round as they are competing. After the round, it is up to Romo, Manziel and the players whether they will pose for photos and/or sign autographs.