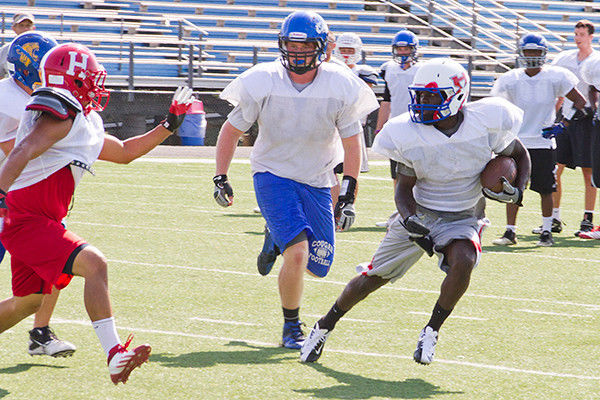 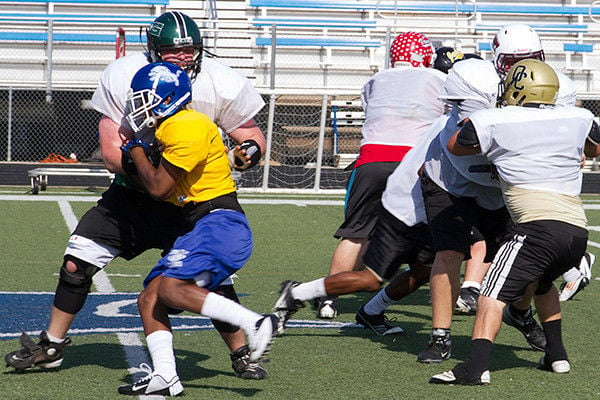 Some will be playing their final game. Others will be warming up for college.

Either way, many of East Texas' top 2013 seniors will converge on the football field today. The reason: the third annual Chick-fil-A Heart of a Champion Bowl, presented by the Northeast Texas-Tyler Fellowship of Christian Athletes.

The all-star game is set for 6:30 p.m. at Trinity Mother Frances Rose Stadium. Gates open at 5 p.m. and tickets can be purchased for $7.

A year after being held at Longview's Lobo Stadium, the game returns to its original venue. It was moved to Longview because of field renovations at Rose Stadium last summer.

Harmony's Tim Russell will be coaching the Blue team and Van's Jared Moffatt will be leading the Red team. They follow Lindale's Mike Meador (Blue) and Athens' Paul Essary (Red) as head coaches.

The 2012 game featured the Red team rallying for 10 points in the fourth quarter to win 24-17. Chapel Hill's Avery Saenz, who won a state title the previous fall, connected with Tatum's Nate Pickett for the go-ahead score (27-yard pass) with 11:48 remaining.

Henderson's Del Barnes completed 4 of 6 passes for 118 yards and a score for the Blue. He connected on an 80-yard TD completion with Whitehouse speedster Jonathan Aldridge, who finished with four receptions for 114 yards and two scores.

The 2011 game was much more lopsided —- a 24-10 Blue team victory. John Tyler's Jeremiah Henry starred for the Blue, rushing for 100 yards and a touchdown on 22 carries.

FCA Heart of a Champion Bowl