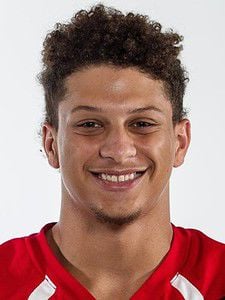 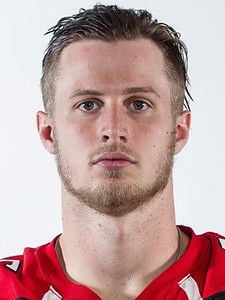 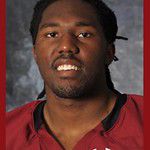 No word yet if Patrick Mahomes II will travel, let alone play when Texas Tech visits the Little Apple on Saturday.

Mahomes, the dazzling quarterback star from Whitehouse, hurt his shoulder in the Red Raiders' 55-7 win over Kansas Saturday in Lubbock.

Before he was injured at the end of his 32-yard run against the Jayhawks, Mahomes accounted for four touchdowns. Since 2014, Mahomes and Ohio State quarterback J.T. Barrett, a fellow Texan, lead the nation in TDs accounted for with 84.

Tech coach Kliff Kingsbury has been pretty tight-lipped about the status of his star quarterback. He did say there is a chance Mahomes will see action against Kansas State on Saturday.

Kingsbury said he will not know if Mahomes will get on the bus or not, but that is when he will see if the gunslinger can go.

"He's that talented," Kingsbury said. "If he can throw, if we can keep him out harm's way and he's able to play, he'll play. I'm not sure if he will or not but if he can at all and be safe, then we'll play him.

"There is a chance."

Mahomes has been spectacular this season leading the Red Raiders to the top of several offensive categories through five weeks of the season - tops in scoring offense (59.7), total offense (664.3) and passing offense (547.7). Mahomes leads the nation with an average 442.5 yards passing and 483.8 yards of total offense per game.

Also, Tech is the only school in the country to score at least 50 points in each of their games this season.

If Mahomes can't go, backup Nic Shimonek, the tattooed, free-spirited gunslinger from Corsicana, gets the call. Shimonek, who attended tiny Mildred High School and is a transferred from the University of Iowa, performed well against the Jayhawks, also accounting for four TDs.

Sources close to the Red Raider program expect Mahomes to travel to the game, but are unsure if he will play.

Kickoff in Manhattan, Kansas is set for 6 p.m. It will be broadcast on TV (ESPNU) and radio (ESPN East Texas 92.1-FM).

Jassavia Reese, a former John Tyler High School standout, has been a key player for the New Mexico State Aggies.

Reese, a 6-4 sophomore defensive lineman, has helped the Aggies to a record of 2-3. He has 16 total tackles.

Reese, who goes by JR, is the son of Jayson and Latisha Reese. His grandmother is Deloris Harris. He is majoring in human nutrition and dietetics.

In the home opener, Reese came up with an enormous play to help the Aggies beat rival New Mexico.

With 5:46 left on the clock, New Mexico began its march down the field trailing the Aggies 32-31. QB Austin Apodaca moved the chains 30 yards down field to New Mexico State's 45-yard line with 2:49 remaining before an incomplete pass. Reese and Derek Watson broke free of their defenders on second-and-10 to sack Apodaca, setting up third-and-10. Two plays later, NMSU had the win.

The Aggies are fresh off a 37-31 two-overtime win over Louisiana-Lafayette on Saturday in Las Cruces, New Mexico.

New Mexico State is open this weekend before traveling to Moscow, Idaho to meet the Idaho Vandals on Oct. 15.

Email Phil Hicks at phicks@tylerpaper.com to highlight an area player or relative of an area resident who is in the college or professional leagues.