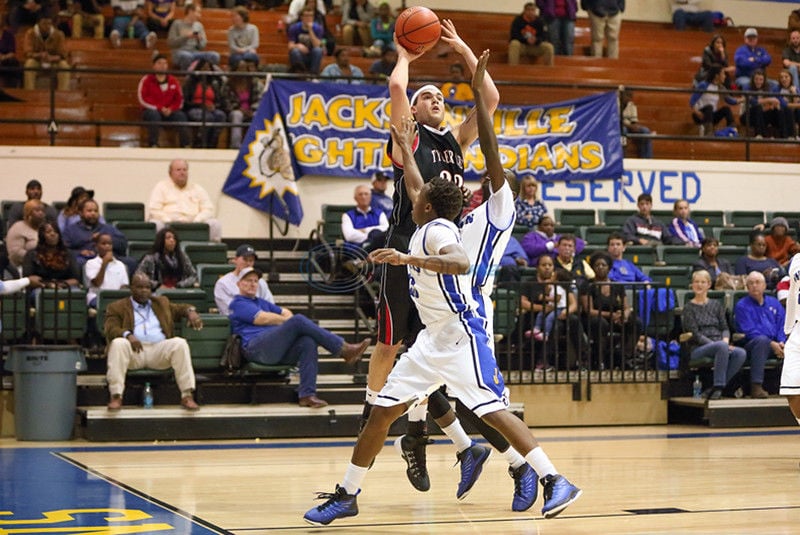 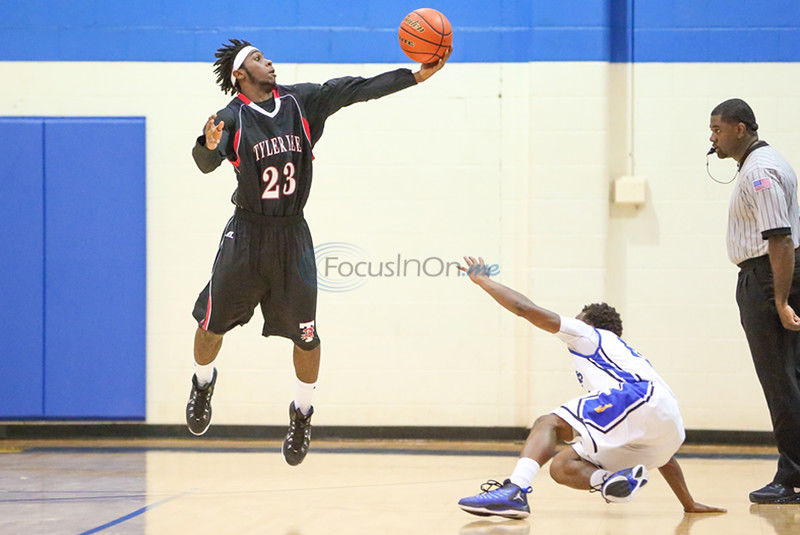 The team defense did the job Tuesday night for the Red Raiders.

The Red Raiders held Jacksonville without a field goal for nearly six minutes of the third period in an eventual 56-38 win at JISD Gymnasium.

"They are slowing themselves down a little bit and playing a little better," Coleman said about his team's effort. "But we could've kept this from being a game and (runaway from this team) if we would've been more patient (on offense).

"I am not looking at what my kids are doing as individuals, but my focus now is on the overall team. Once we get the team focus where we want it; then we can focus more on individuals."

The Red Raiders held a slim 25-19 lead at halftime but took the game over in the third period with Thibodeaux leading the way with his defense. The Air Force signee had blocked shots on three consecutive Indians possessions with Jordan Berry (finished with nine points) providing the offense with a 3-pointer followed by three more from Barker to give REL a 31-19 lead.

Jacksonville broke its scoreless streak with a free throw, but REL answered back with a 7-0 run to lead 38-20. The Red Raiders then held off wave after wave of Jacksonville attempts to comeback, but missed layups cost the Indians. Jacksonville was never able to get REL's lead to single digits with Thibodeaux providing an exclamation point in the final minute with an alley-oop dunk and two-handed stuff.

"We started doing more of what we want to do tonight," Coleman said. "We're still not quite there yet because we probably could've taken over this game before we did.

"We are going to just keep improving and getting better."