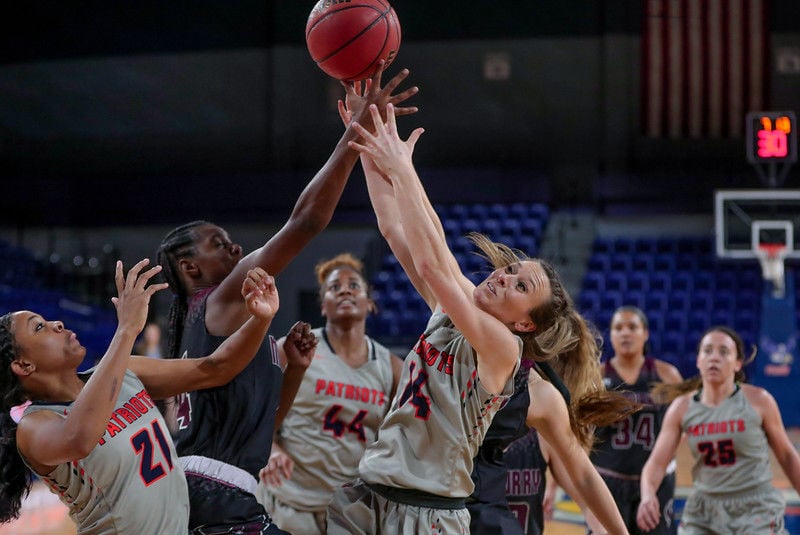 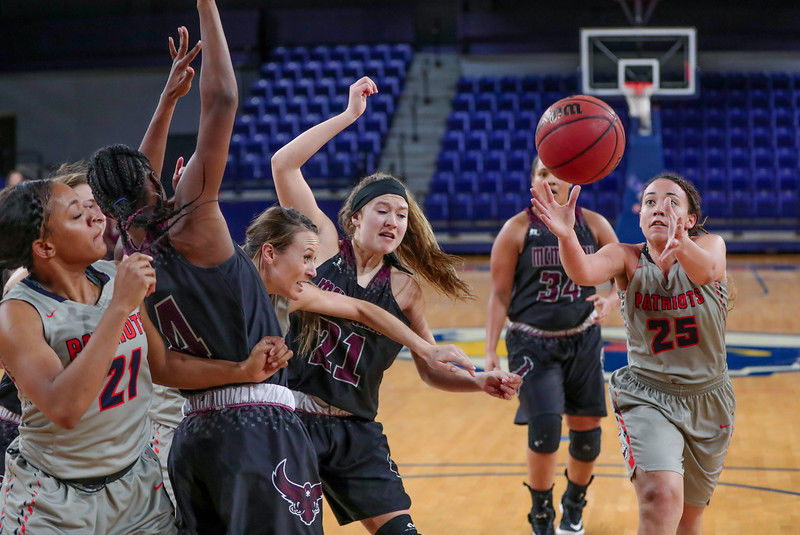 UT Tyler's Khadijah Evans (25) follows up the rebound with a put back for a scoere, during the Pats game with McMurry. (Lang White / Correspondent) 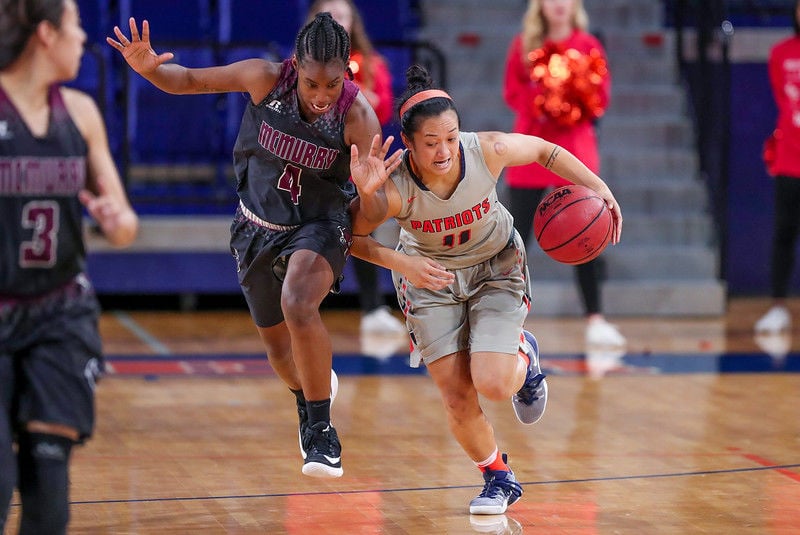 UT Tyler's Khadijah Evans (25) follows up the rebound with a put back for a scoere, during the Pats game with McMurry. (Lang White / Correspondent)

The No. 21 UT Tyler women's basketball team rolled to 74-51 American Southwest Conference win over McMurry on Monday at the Herrington Patriot Center.

The Patriots (7-2, 2-2 ASC) hit their season-best nine 3-pointers in the game that extended a 20-game home winning streak with the team shooting 49.1 percent from the field in the 23-point victory.

D'Onna Matthews led the Patriots with 13 points after shooting 5-for-7 from the field, while Dia Evans and Shuntay Raglin added 10 points. Evans finished the game with seven rebounds and four assists to go along with her second straight double-digit scoring performance. Demi Cumby and Macie Arrington led the Patriots with two 3-pointers each, while Makenzi May, Michelle Obach, Evans, Elisha Leathers and Cami Davis had one each.

May was 1-for-2 on 3-pointers and now has 180 in her career which is only six away from breaking Melissa Thomas' program record. May added six rebounds against the War Hawks while Obach had four assists to go along with five points.

The Patriots will return to action at 1 p.m. on Saturday against Schreiner at the HPC.