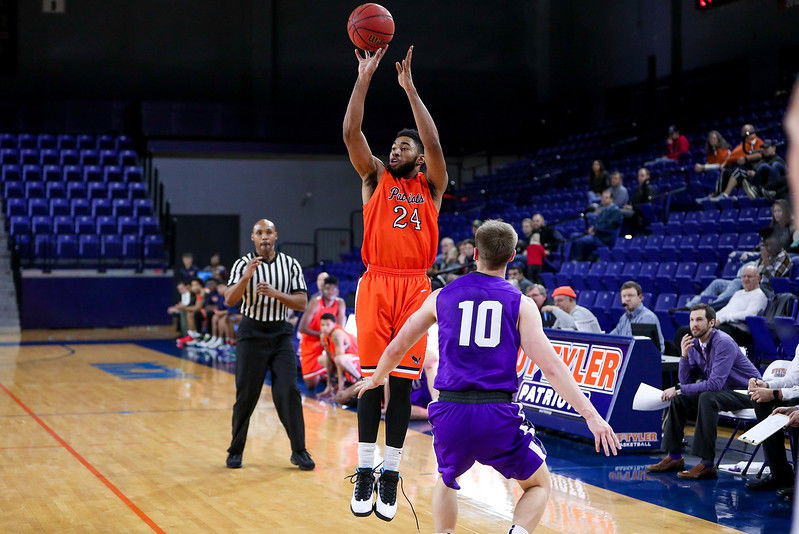 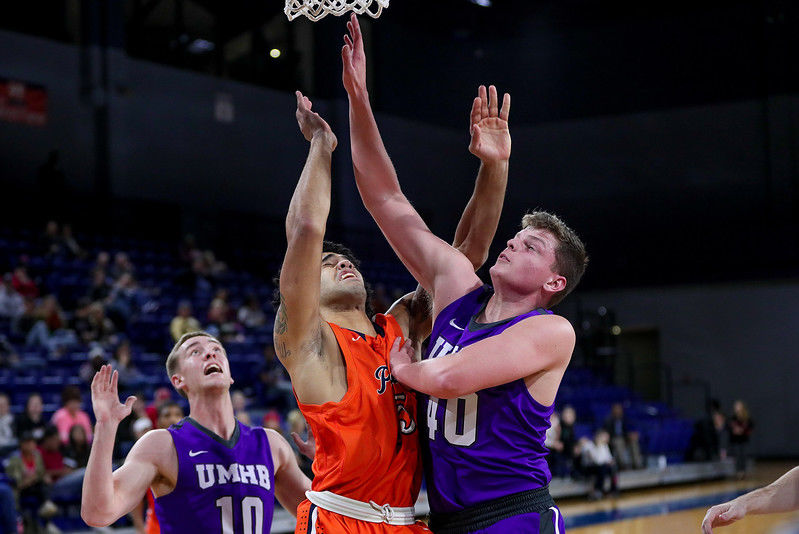 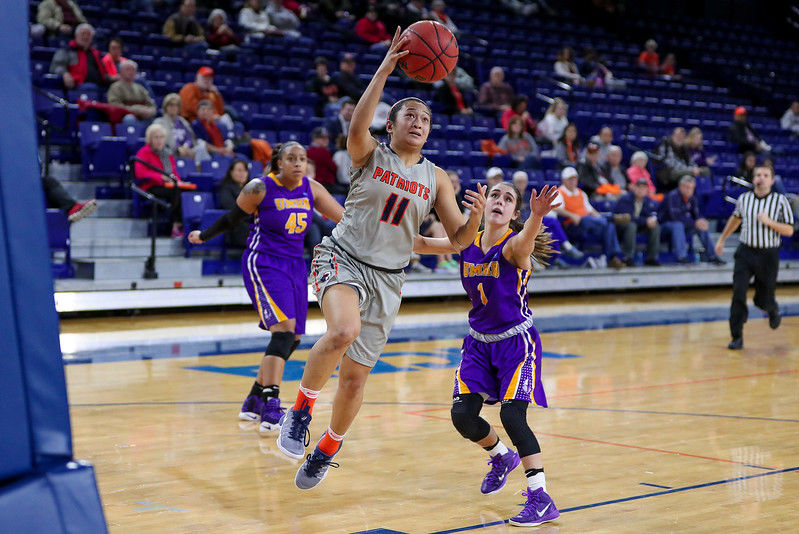 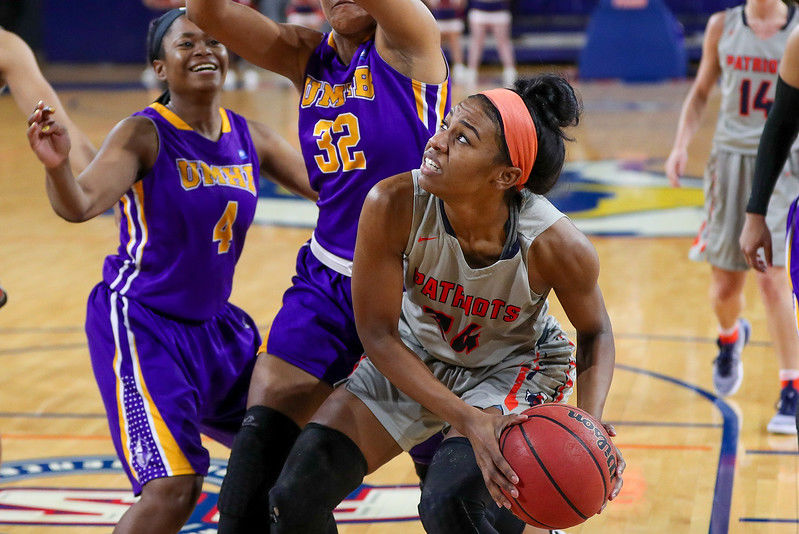 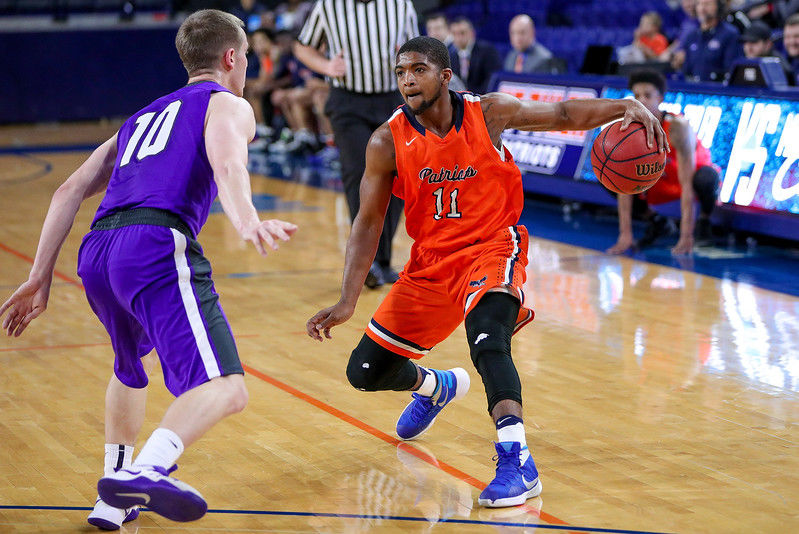 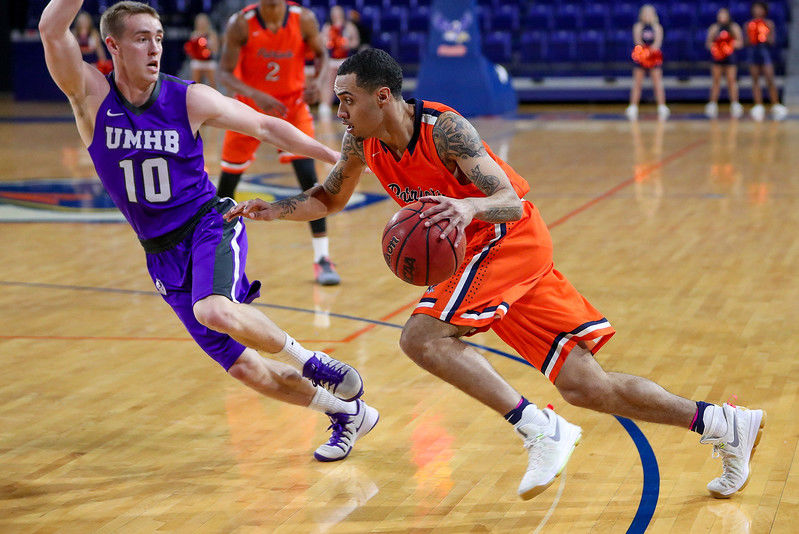 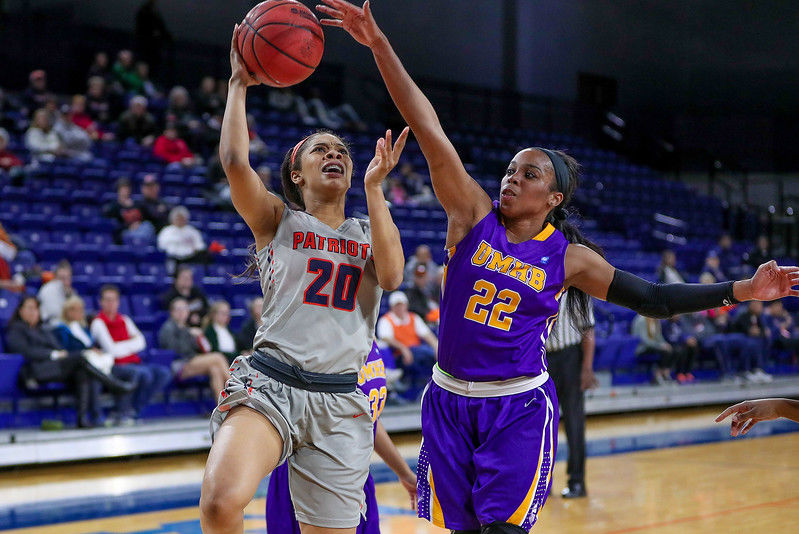 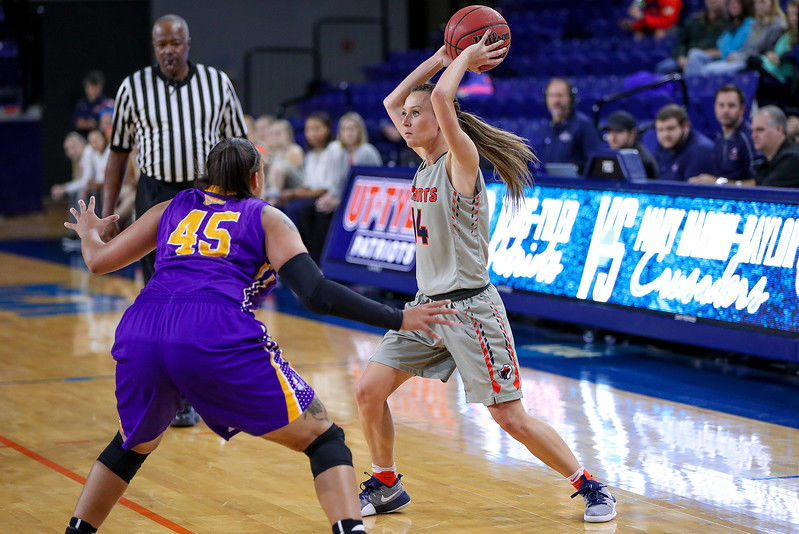 The Patriot women received 22 points from Demi Cumby and 21 from D’Onna Matthews to defeat the Lady Crusaders 79-72.

The Patriot men held off a second-half comeback by the Crusaders to post a 76-73 victory.

UT Tyler moved to 10-4 overall and over .500 in American Southwest Conference play at 4-3 with its victory Thursday.

Matthews, a senior from San Antonio, finished with a double-double thanks to her 14 rebounds, and was a perfect 5 for 5 from the free-throw line. Cumby, a junior from Athens, also was perfect at the charity stripe, going 6 for 6 while also knocking down two 3-pointers. Senior Michelle Obach, a Bishop Gorman graduate, scored 11 points while dishing out a team-high four assists.

For UMHB (8-4, 1-2), Jonelle Smith scored 24 points with Atoinette Iroko delivering 10 points and six rebounds. The Lady Crusaders made 10 3-pointers, shooting 37 percent from beyond the arc in a losing cause.

The Patriots spotted UMHB a 5-0 lead to start the game before battling back on a trey from Cumby to take its first lead of the contest, 15-14, with 2:11 remaining in the first quarter.

The visiting Lady Crusaders pushed back out ahead with a 3-pointer from Kendra Wynn and kept its advantage for most of the second quarter, leading by as many as six points when Meghan Turner drilled a trey to make it 27-23 with 8:07 to go in the half.

UT Tyler found its offensive rhythm by going to Matthews, who scored eight of the Patriots 13 points to close out the half with a 36-34 advantage.

The Patriots were able to push out to a six-point leads three times in the third quarter, but were reeled back in by UMHB. A basket by Cumbi gave UT Tyler a 53-52 lead with one quarter remaining.

UT Tyler never trailed in the fourth quarter. After a trey from Lady Crusader Antania Newton tied the game, 55-55, Evans responded with a trey. That started a 9-0 run with Cumbi and Matthews doing the honors. The lead stretched to 71-59 on a free-throw by Cumbi. Despite a late surge by the visitors, UT Tyler was able to close it out.

The Patriots battled for a hard-fought victory to move over .500 in conference play at 4-3 while increasing its overall standing to 8-5. Despite numerous comeback efforts in the second half, UT Tyler stayed never trailed with sophomore Verlo Levels (at Grace Community graduate) knocking down two free throws with Melvin Anthony adding the other in the final minute to seal the victory.

UT Tyler had four players finish in double figures with Melvin Anthony, a junior from Killeen, and Skyler Hadden, a junior from Waco, both finishing with 14 points. Anthony added four assists with Hadden delivering a team-leading seven rebounds. Tyler Jacobs and Josh Tatum chipped in 10 points apiece. Jacobs, a senior from Grand Prairie, also had two steals with Tatum, a junior from Keller, finishing with a team-high six assists.

The teams matched each other for the early minutes until a 3-pointer by Anthony gave UT Tyler a six-point lead, 20-14, with 10:30 remaining in the half. UMHB battled back to take a lead of its own, 25-24, on a basket from Mills.

Two 3-pointers by Jovan Yancy put the Patriots in front, 34-32. Mills helped UMHB answer to grab the lead back 36-34 before a trey from Anthony and two baskets by Tatum in the final minute gave UT Tyler its largest lead of the game, 43-37, at halftime.

UT Tyler stayed on top throughout the second half despite the visitor’s comeback efforts. The lead was sliced to a single point, 60-59, on a basket from Hammond. UT Tyler answered with five straight points with Tatum scoring on a layup and Melvin fouled on a missed 3-pointer before making all three free-throws.

It was one-point game again, 65-64, on a free-throw by Cress. Hadden and Anthony had the answer for UT Tyler to push the cushion back out to five points.

UMHB finally was able to tie the game up twice in the final three minutes, but UT Tyler never faltered. The first time the visitors knotted things, Hadden responded with a dunk. The second time occurred with 45 seconds remaining. With the score 73-73 Levels and Anthony were perfect from the line to close out the win.