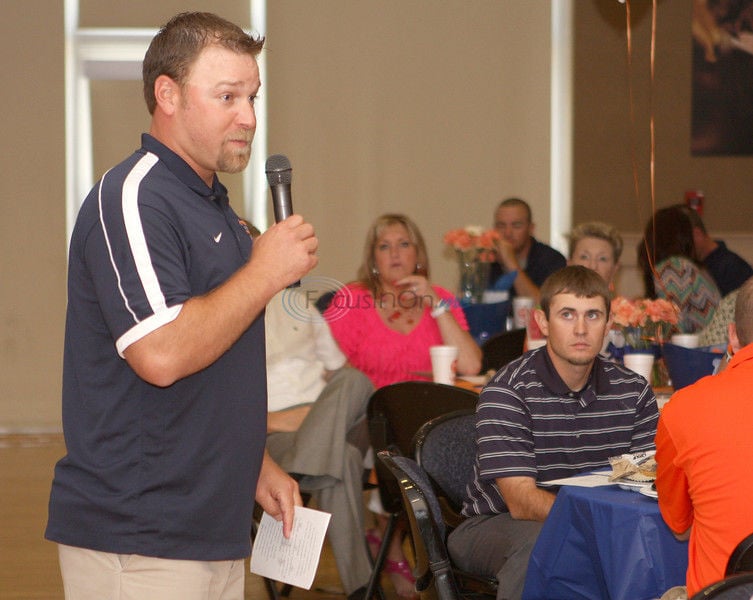 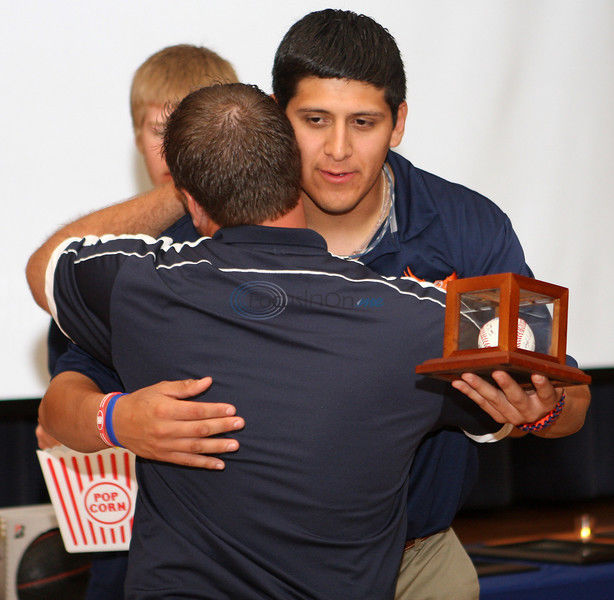 It has been a season of firsts for UT Tyler baseball.

A corps of 12 seniors and an experienced coaching staff welcomed head coach Chris Bertrand in for his first season with the Patriots.

E.H. Almand, the first and only batboy in program history, earned his first career start and win against Dallas Christian on April 9.

And for the first time, success in the postseason is not just a bonus; it is an expectation.

“It’s been a season where we have tried to do so many things for the first time,” Bertrand said. “You have a goal that you want to get to the pinnacle of baseball (the World Series) because that would be the first UT Tyler team to get there.”

The No. 13 UT Tyler baseball team honored their seniors at a banquet Sunday afternoon at the Ornelas Activity Center.

Aside from friendly roasts and the presentation of gifts and memorabilia, Bertrand and the coaching staff highlighted the expectations for the end of the 2013 season and the future of Patriot baseball.

The Patriots have won the American Southwest Conference East Division seven times since 2004 and won the ASC tournament in 2009 and 2010. The team also appeared in NCAA Division III Regionals three times.

One of the cornerstones of the Patriot defense, third baseman T.J. Martin, said to make a run in the postseason, it is going to take focus on the little things.

“Our defense and pitching has been solid all year,” Martin said. “Our offense is starting to click, but it has to stay there.”

Martin, a member of the ABCA Gold Glove Team last season, is batting .358 this season and leads the team with 48 hits.

On defense, he has committed only three errors in 115 attempts according to ascsports.org.

“It seems like the defensive part of the game is being lost in our younger generation,” Bertrand said. “It is refreshing as a coach to know if a ball is hit to (Martin); it is more than likely an out.”

UT Tyler carries a 29-8 overall record and sits in first place in the ASC East with a 12-3.

The Patriots’ final series of the regular season against Louisiana College Friday and Saturday in Pineville, La., will decide the East Division championship and final seeding for the ASC tournament. The Wildcats are two games back in second place with a record of 10-5.

Friday’s game is scheduled for 6 p.m. with a doubleheader on Saturday, beginning at 1 p.m.

“With this being our first year as a brand new coach staff, we were able to take a veteran group of guys and didn’t have to completely start over,” Bertrand said.

With a victory over the Wildcats, the Patriots will host the first round of the conference tournament at Irwin Field beginning on April 26.

“It is absolutely an honor to play with these guys,” Martin said. “To be able to call them my friends and teammates is an honor.”