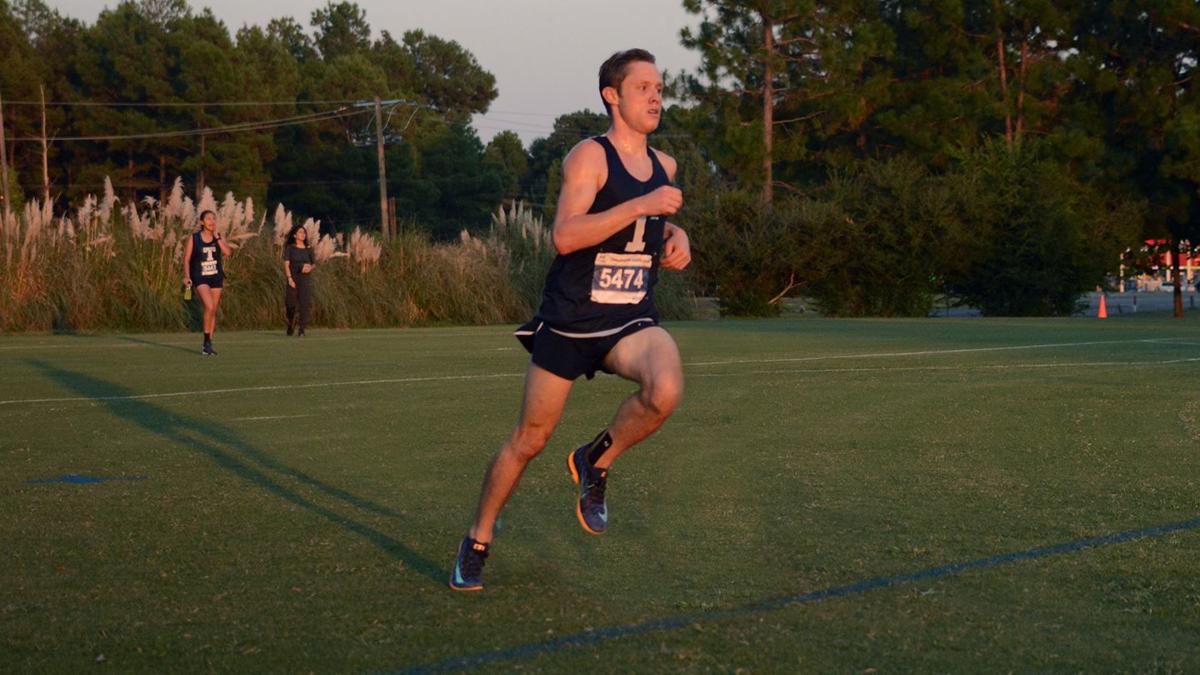 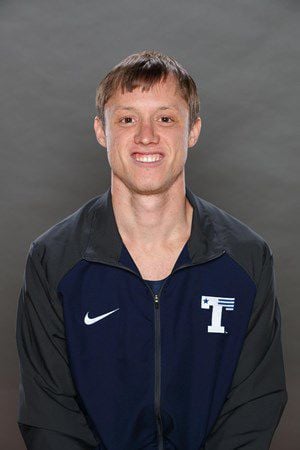 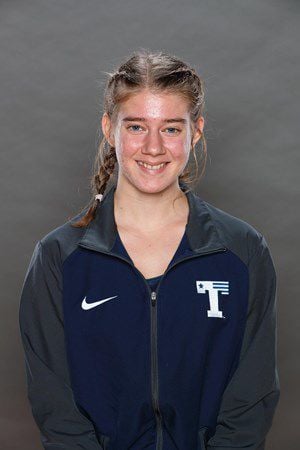 Cecotti used the final 100 yards to overtake the race leader and earn the individual win by a 1.4-second margin over runner-up Mack Broussard of East Texas Baptist. Patriot senior teammate Will McIlroy (Peaster HS) was also a top-five finisher in a close battle for fifth, claiming the spot by less than a second with a time of 16:51.2.

The five Patriots in the Top 10 helped UT Tyler (31 points) claim the team victory by a six-point margin over LeTourneau (37 points).

Carcano led a quartet which finished in the fourth through seventh spots, edging fifth-place finisher Theresa Simmons by three seconds. Freshman Shelby John claimed sixth with a time of 21:54, and senior Tristin Salem rounded out the quartet by placing seventh with a time of 22:04.3.

The next three UT Tyler finishers again crossed the line consecutively, all within a 10-second span as freshman Gracelyn Floyd (22:27.3) claimed 10th while sophomore Tiffany Vargas (22:36.3) and freshman Victoria Cox (22:36.8) finished a half-second apart in 11th and 12th, respectively. Freshman Nicolette Esparza also finished in the top half of the 38-runner field, placing 19th with a time of 24:05.

“I thought today’s race was a great rust-buster,” UT Tyler assistant coach Chase Rathke said. “The women’s team worked really well together, and that was our mantra, to run as a pack, work together, and bring each other along. I didn’t care too much about the times as much as I cared about the main thing of working together and moving up through the pack, and I’m excited that it was exactly what they did.

“The men’s team was a little bit banged up this week, but I thought we competed really well. Matt had a really strong finish and ended up winning, and that was a big plus, and overall I was really pleased. We had a lot of good things along with some things we need to work on, but it’s still early and I’m excited about the teams going forward from here.”

On Sept. 21, the Patriots compete in the Missouri Southern Stampede in Joplin, Missouri.