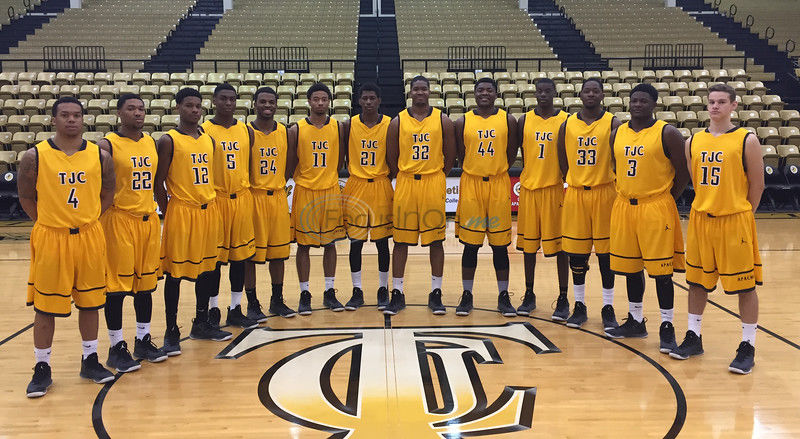 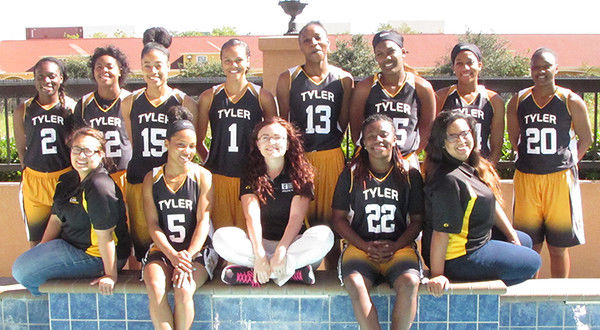 Although the Tyler Junior College basketball teams will be some 550 miles away from the Rose City, the Apache Ladies and Apaches will feel right at home in the NJCAA national tournaments in Kansas.

What makes it feel like "home sweet home" in the land of sunflowers and wheat is the fact the Apache Ladies are making their fifth trip to Salina, home of the women's national tournament, under head coach Trenia Tillis-Jones and the sixth overall. In 2000, coach Lee Ann Riley led the Apache Ladies to the national championship in Salina.

As for the Apaches, head Mike Marquis and four of his players are not far from Hutchinson, site of the men's tournament.

Plus, legendary coach Floyd Wagstaff led the Apaches to two national titles there, plus carrying his team to nationals 11 times. Wagstaff's Apaches were national champions in 1949 and 1951 and runners-up in 1960 and 1961.

What makes it even more special this year for TJC fans is that both basketball teams are at nationals for the first time. So the Black & Gold fans would love to make that 65 mile trip between Salina and Hutch a few times.

This is the 18th and final year of the tournament in Salina. It will move to Lubbock for at least the next three years beginning in 2016.

Tillis-Jones said it makes it special for TJC to be participating in the final year in Salina. The Apache Ladies were not only standouts on the court by making the Elite Eight last year, but also off the court. They were awarded the Alberta Lee Cox Sportsmanship Award.

"Salina loves Tyler," she said. "As soon as we get there they are so excited. Tiffany (Benien, tournament director) has done such a great job with the tournament for so many years. When we get to Salina, it is like old home week. Our team hosts from last year were so excited we made it back. They wanted us again. That just shows our kids are doing the right thing. They represent themselves, our program and Tyler Junior College with great character."

Tillis-Jones was somewhat surprised about the great season the Apache Ladies have had.

"We lost so much firepower from last year. I was hoping we could just make the regional tournament," said Tillis-Jones, whose club is 28-4 overall and ranked No. 7 in the nation. "This group has excelled. They have gone above and beyond expectations … and they don't stop. They got fight in them. They wanted this. They are the reason we are going back for a second time. They wanted to go to the national tournament."

"It is fun when you coach good kids and don't have to worry about them when you go home," Tillis-Jones said. "Academically they take care of business. They are always ‘yes, ma'am' and ‘no, ma'am' and they keep me laughing all the time."

The Apache Ladies, the No. 10 seeds, have a first round game with No. 23 Lawson State (Alabama) (24-9) at 8:30 p.m. Monday at the Bicentennial Center. The tournament is single elimination.

A win moves the Apache Ladies into the second round against No. 7 Southern Idaho (21-11) at 3 p.m. Wednesday.

"We should have a few folks rooting for us," Marquis said. "This is kind of a bonus getting close to home.

"This team as long as they stayed focused, I don't care where we play, and if we keep playing like we have been we will have some good results."

The Apaches rolled through the Region XIV Tournament with wins over Lee (90-76) and Trinity Valley (81-65). After Navarro had to withdraw from the tournament for an ineligible player on their roster, TJC then defeated old rival San Jacinto 72-65 in the final to earn a berth to nationals.

"Sometimes good things happen to good people," Marquis said of his team. "They take pride in their citizenship, pride in representing a great institution. It means a lot to those kids to be at Tyler Junior College. They represent themselves well in this area and now they get a chance to do so nationally."

A win moves the Apaches into the second round against No. 1 Connors State (Oklahoma) (31-1) at 2 p.m. Tuesday.