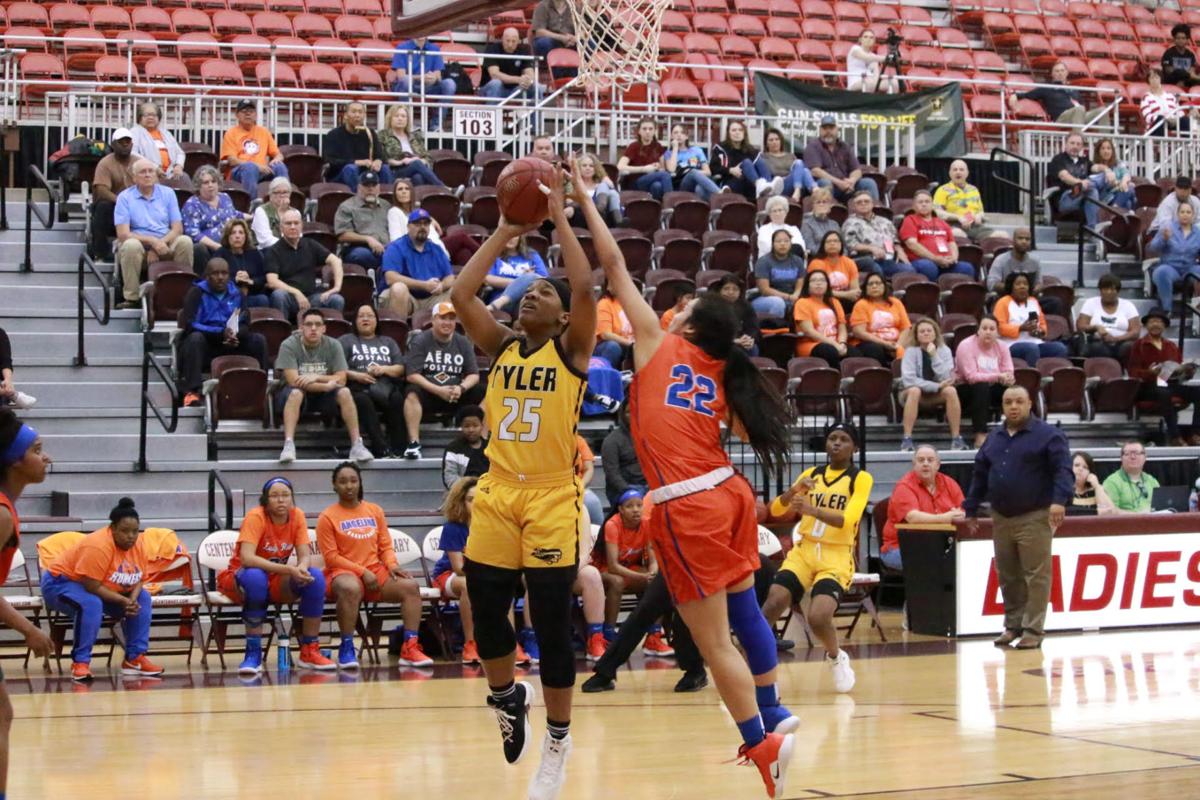 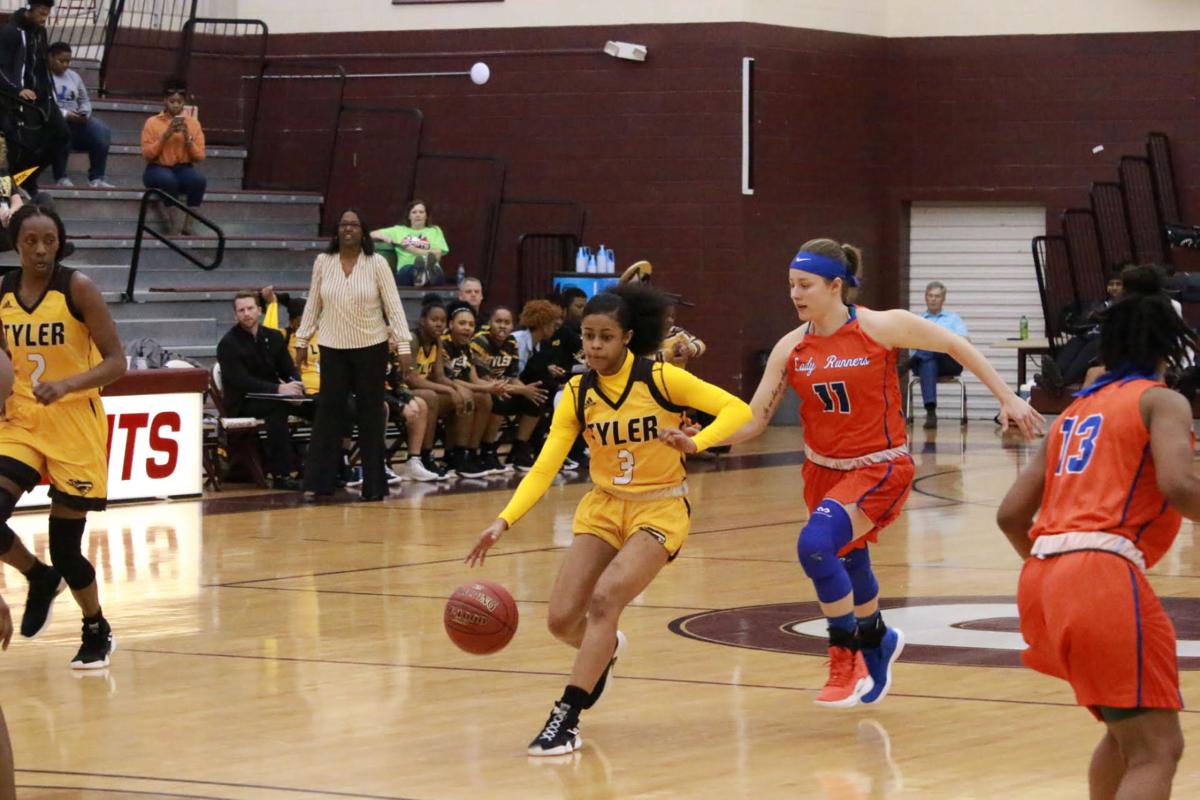 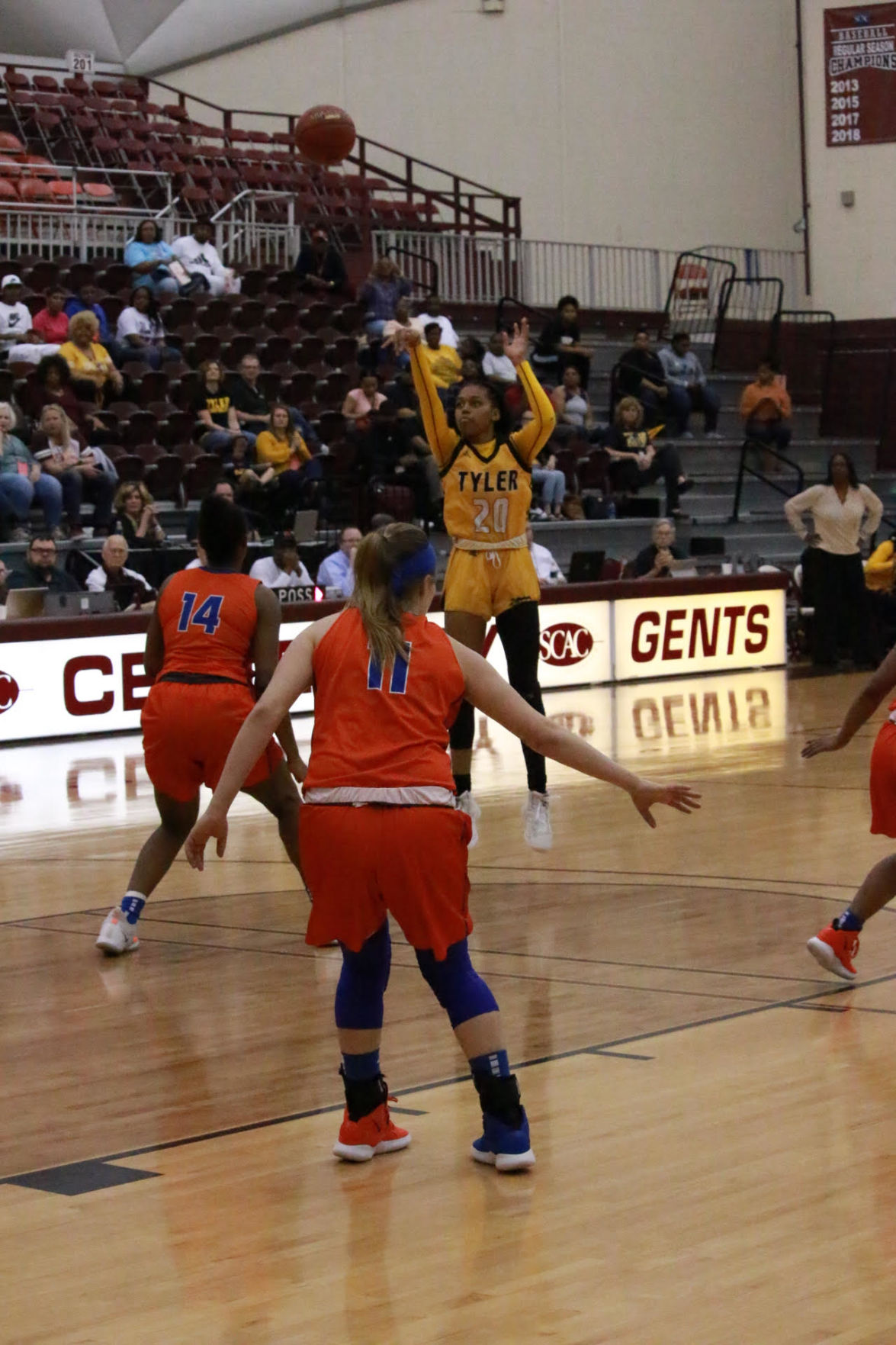 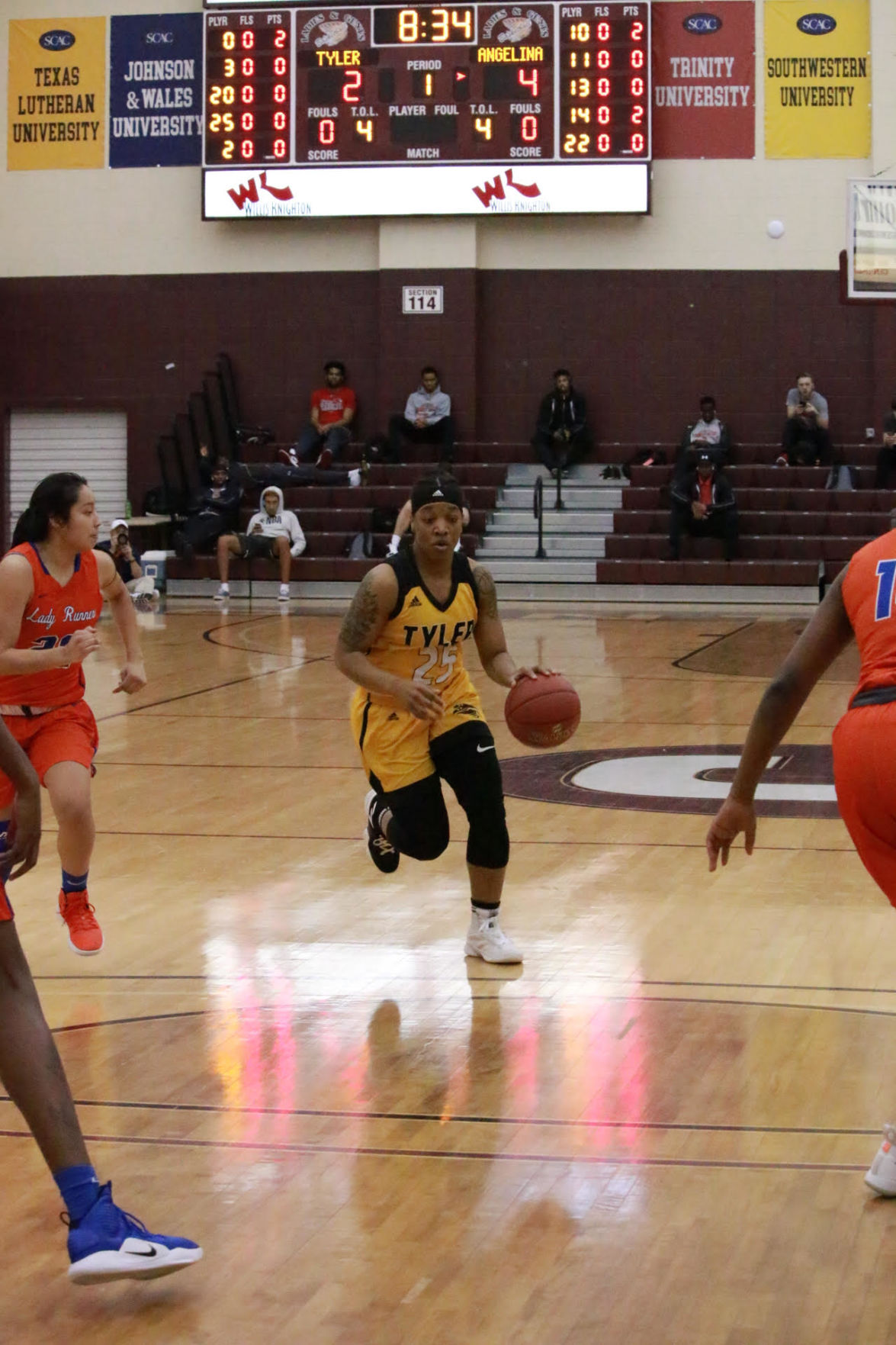 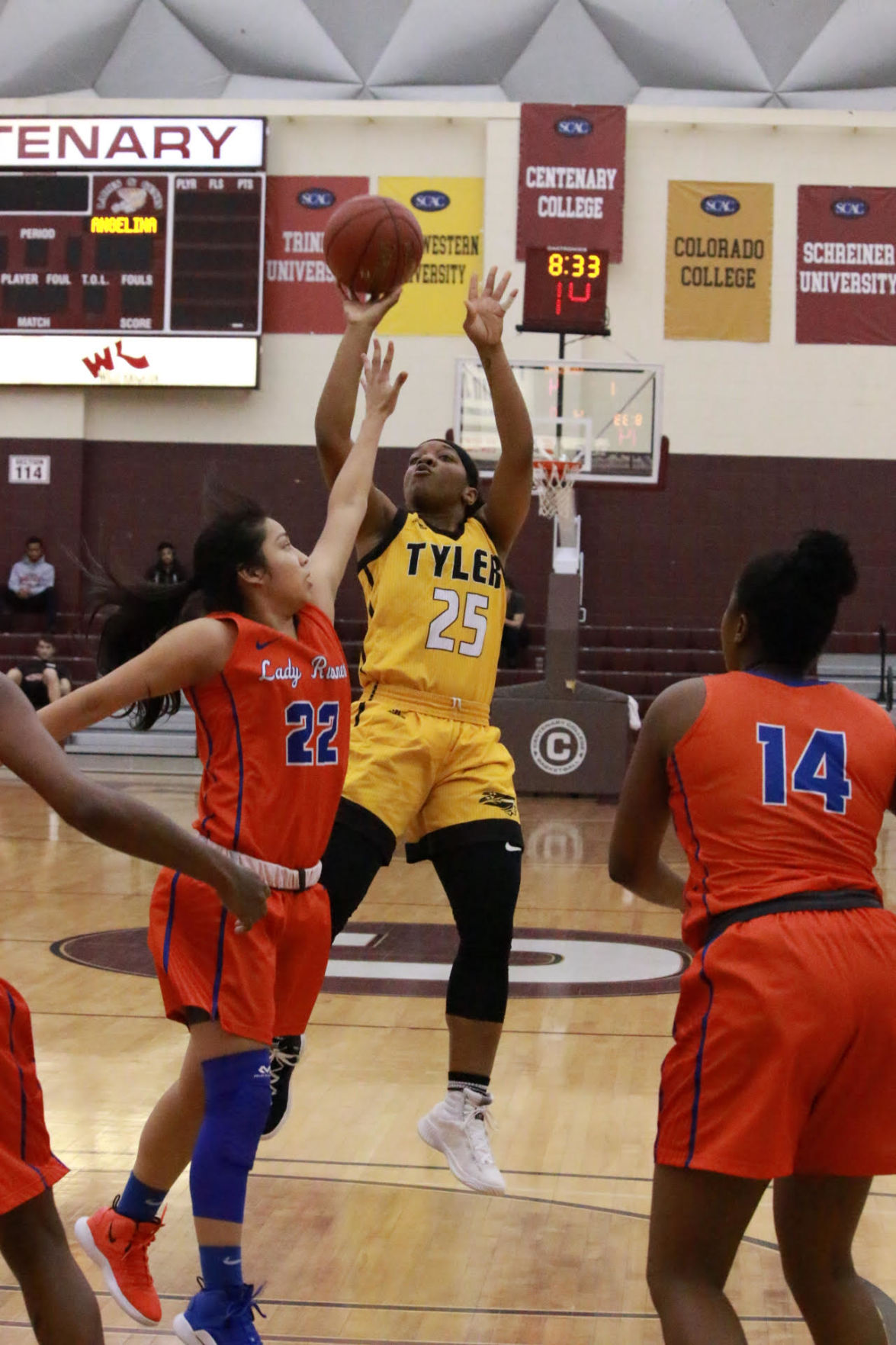 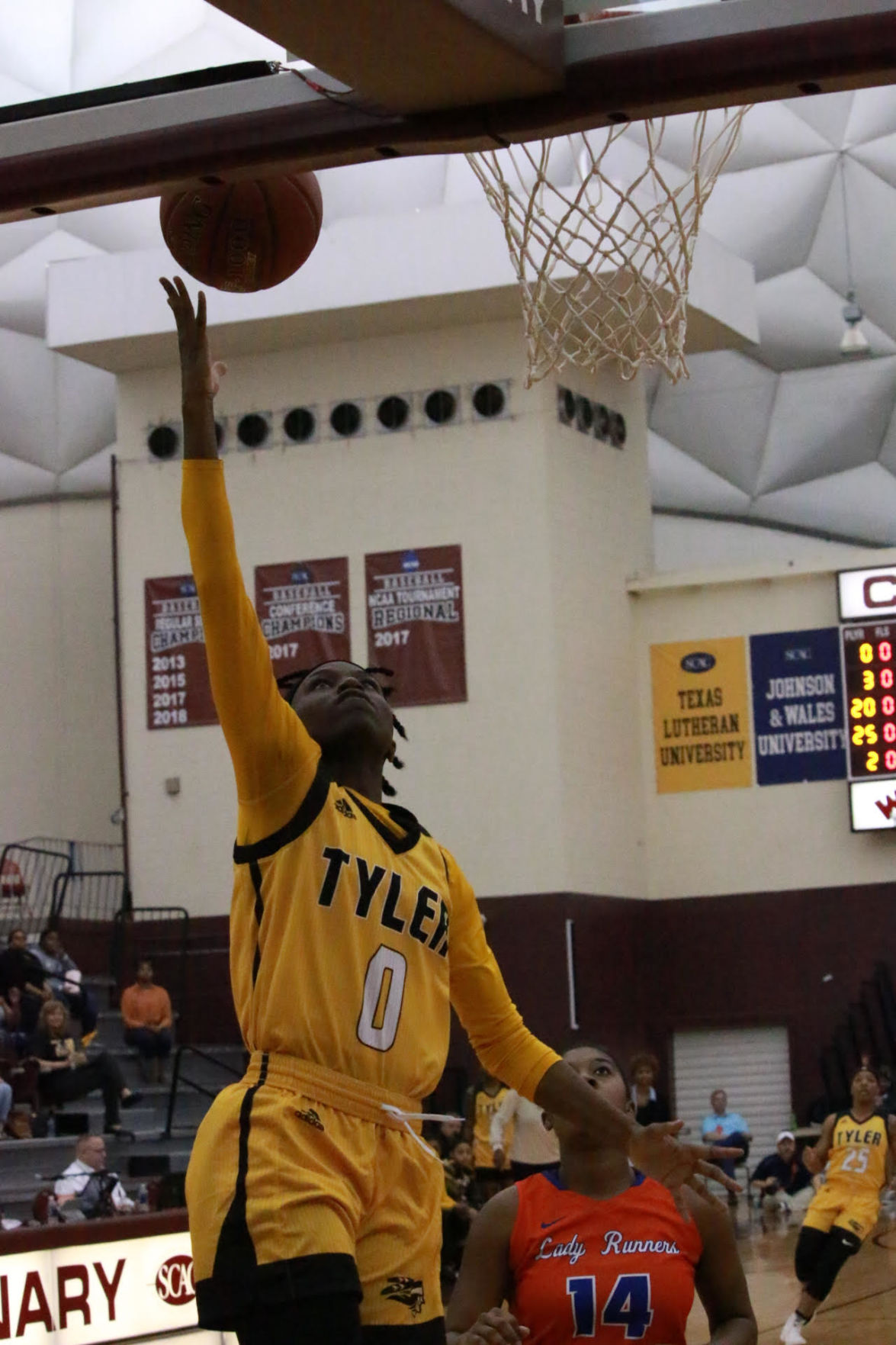 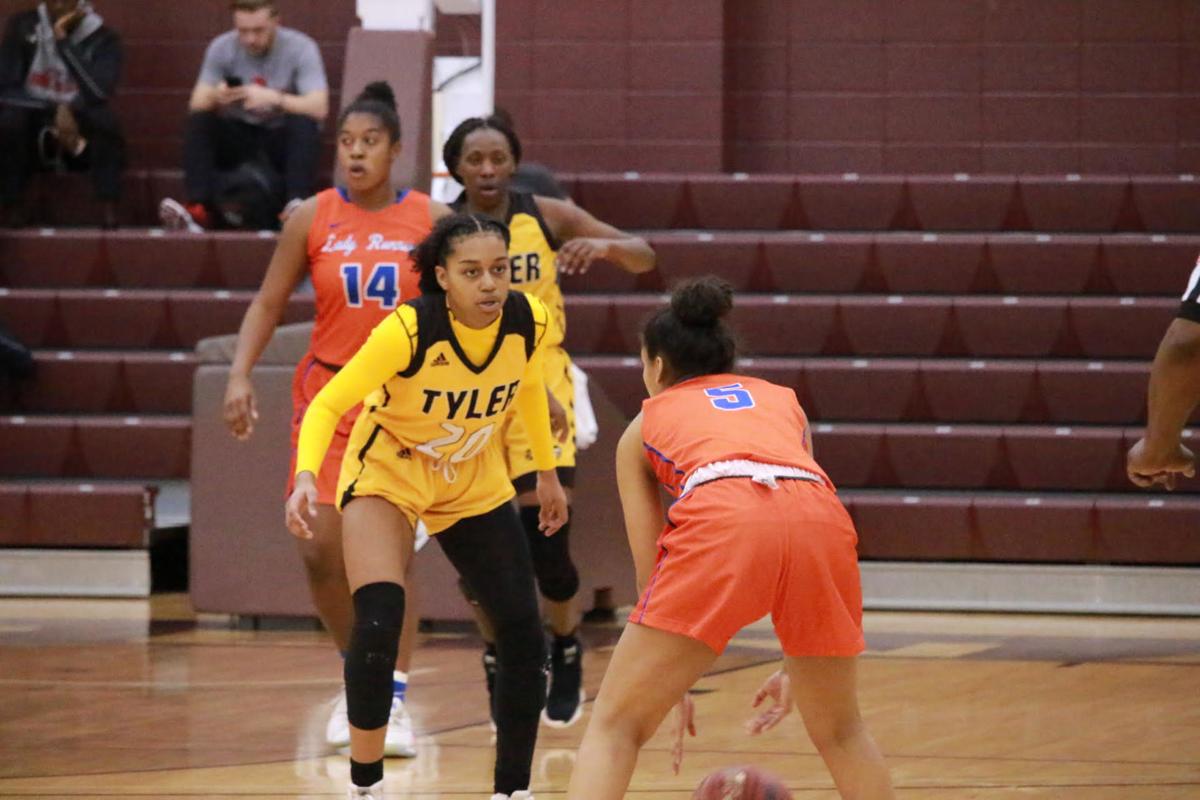 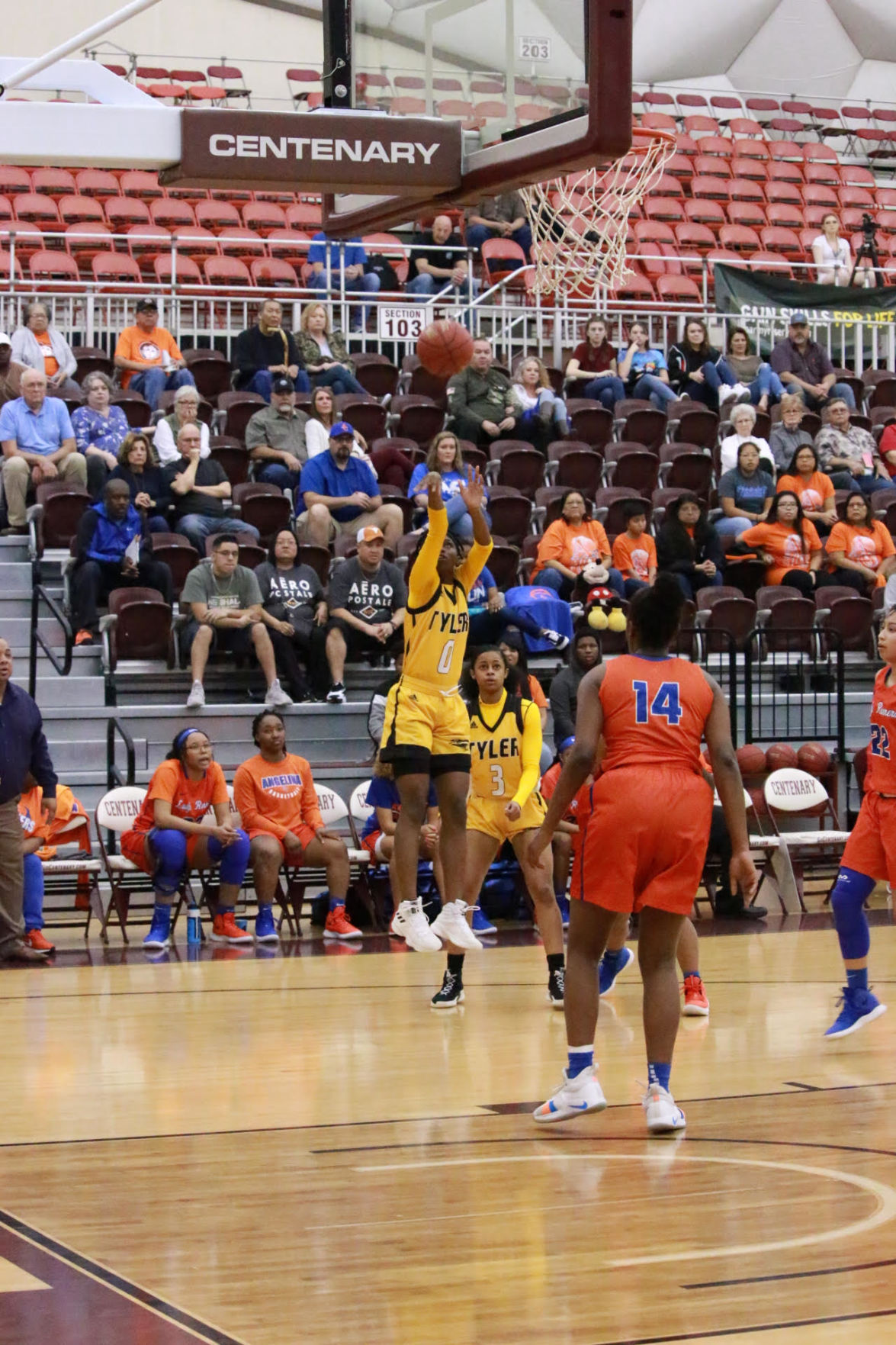 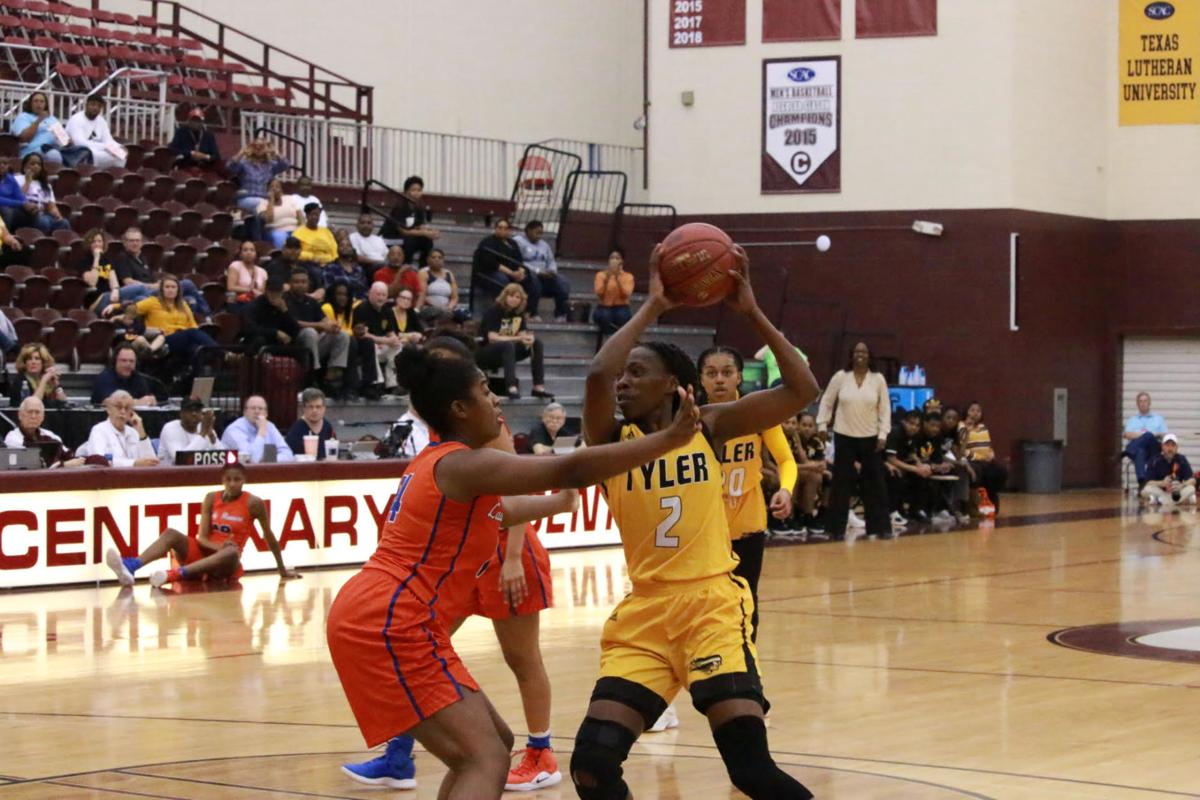 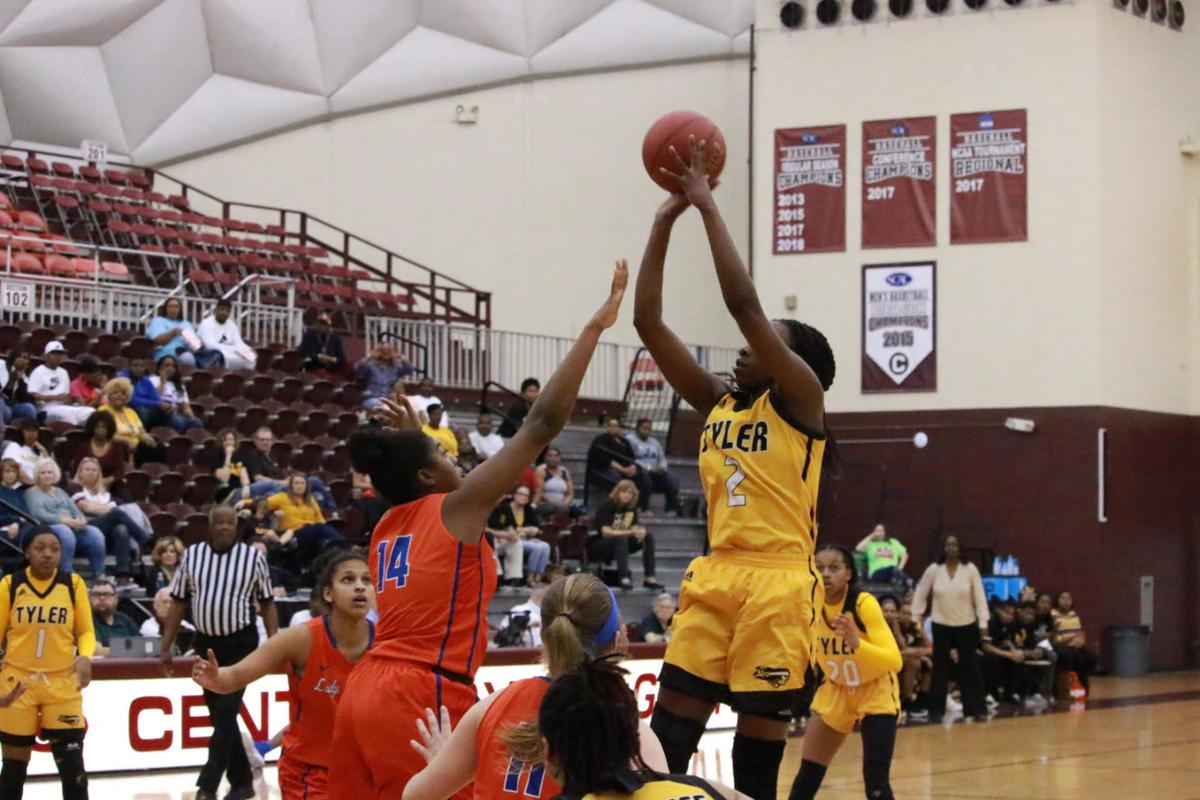 SHREVEPORT, La. — Angelina College held Tyler Junior College to three made field goals in the second half on the way to winning its first Region XIV women’s basketball tournament title with a 60-39 victory Saturday night at Centenary College’s Gold Dome.

“I hate saying it like this, but my freshman kids that we’ve been going to were scared to death,” TJC head coach Trenia Tillis Hoard said. “They were shaking before the game, and we were trying to get them to calm down.

“You’ve just got to be mentally ready for a game like this, and I felt like Angelina did a good job of having their kids mentally prepared.”

The Apache Ladies actually led 19-15 after the first quarter. The final bucket of the first quarter for TJC came on a putback by Frankazia Boyd with 1:00 left. TJC scored just 20 points in the final 31 minutes following that make.

With 5:16 remaining in the second quarter and TJC leading 23-19, Kennedy Burks was going after a loose ball and hit her head on the bleachers. Burks had 10 points and six rebounds for the Apache Ladies at that point.

“It was like a snowball that went downhill and turned into an avalanche,” Tillis Hoard said. “We just couldn’t find a way to get that avalanche to go away. It was just a bad day for Apache basketball.”

In the second half, it was all Lady Roadrunners.

TJC was 1-for-11 (9.1 percent) from the field in the third quarter as Angelina outscored the Apache Ladies 18-6.

TJC made two shots in the fourth quarter — both 3-pointers by Boyd.

“We just tried to stay in front of them because they’re athletic,” Angelina head coach Byron Coleman said. “Our kids clamped down defensively. It was just a tremendous defensive effort by this group.”

TJC shot 23.4 percent from the field in the contest.

Burks led TJC with 11 points. Trelynn Tyler and Boyd had nine points each.

“This is an amazing feeling,” Mack said. “I’m still in shock right now.”

“She just put it on her back,” Coleman said. “She wanted it, kept asking for it, and we kept getting it to her.”

“She’s amazing,” Tillis Hoard said. “She’s one of the best to come through this conference.”

Angelina (29-3) is headed to the NJCAA National Tournament in Lubbock for the first time in program history.

“I don’t think reality has set in yet,” Coleman said. “Yesterday was such a draining game. I won’t sleep tonight, because I’ll be smiling all night. But we’re not done yet.”

The Apache Ladies (28-5) will await their fate from the NJCAA, which will announce at-large bids at 10 a.m. Monday. There are eight at-large bids.

“If it’s over right now, we’re fine with it because we’re still blessed that we’ve played an amazing season. But if they let us in, we will go there and play basketball.”

With the casinos just down the road, the Apache Ladies are playing with house money.