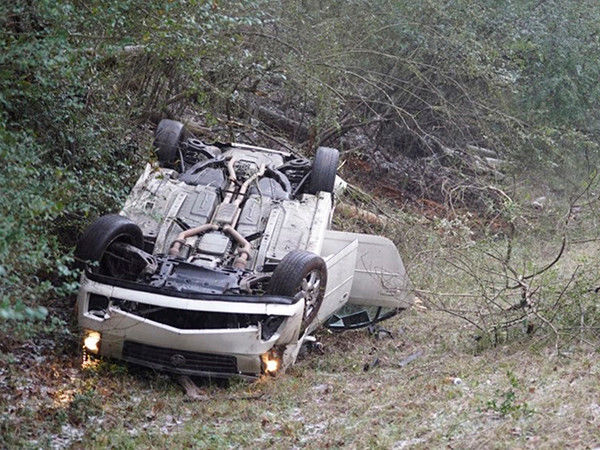 A car sits upside down on the side of the road after the vehicle flipped in front of the Mississippi State team bus in Mississippi, as the players were heading to LSU for an NCAA college basketball game. (Drew Walker/Mississippi State Athletics via AP) 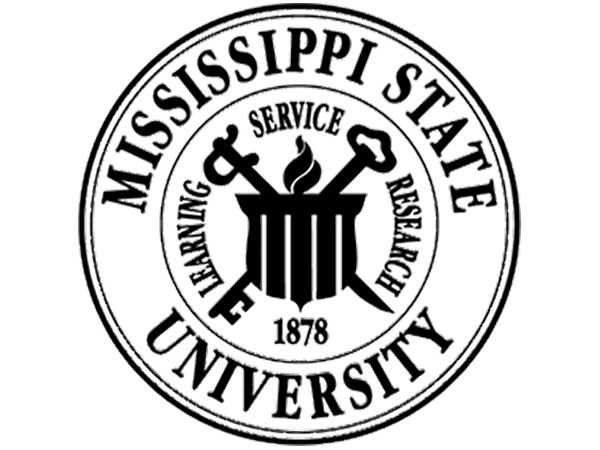 A car sits upside down on the side of the road after the vehicle flipped in front of the Mississippi State team bus in Mississippi, as the players were heading to LSU for an NCAA college basketball game. (Drew Walker/Mississippi State Athletics via AP)

Mississippi State University men's basketball Coach Ben Howland took a break form leading his team to leading a rescue effort to save a woman from an overturned car on the side of a slushy highway on Friday.

According to a tweet posted by the team, the woman's vehicle flipped directly in front of the team bus, which was en route to Baton Rouge, Louisiana, where the Bulldogs were headed to meet Louisiana State on Saturday.

"She just spun out and went flying off the road," Howland later told ESPN. "There were multiple tumbles and turns."

Howland said he and two other team officials, Director of Operations Michael Moynihan and strength coach David Deets, were the first to approach Ashley's SUV, in which they say she initially lay unresponsive. After coming to, however, Howland said she pleaded for help.

"We were worried this thing was going to explode," Howland recalled. "It was really scary."

Leading the operation, Howland found a way into the car via the rear driver's side door, and together the three MSU staff were able to pull Ashley to safety.

"I can't even tell you how surreal this was," Howland told ESPN, which noted Ashley is doing well.

The mission wasn't over yet, though. Team trainer Ryan Dotson first looked over Ashley for injuries, and when he found nothing significant, the rest of the team helped Ashley onto MSU's bus to keep warm while authorities traveled to the scene. The stretch of highway had been under a winter storm warning advisory, according to NCAA.com.

"It's really a blessing she walked away from that," Howland, who left a voicemail for Ashley on Saturday morning, told ESPN. "The car was totaled. I'm really thankful we weren't seeing something that was more of a disaster. Wearing her seatbelt saved her life."

This is not the first time snowy weather has affected a team's travel plans. Last January, after the Duquesne basketball team beat George Mason, they lost to snow on a highway while going home to Pittsburgh. The conditions were arguably much worse than what MSU witnessed on Friday. The Dukes were attempting to travel through "Snowzilla," the January 2016 storm that dumped more than 30 inches of snow in parts of the Mid-Atlantic region. The team ended up spending the night stuck on the road.

Icy conditions struck again last month when a plane carrying the Minnesota Vikings skidded off the runway. No one was injured in either of those incidents.

Marissa Payne writes for The Early Lead, a fast-breaking sports blog, where she focuses on what she calls the "cultural anthropological" side of sports, aka "mostly the fun stuff." She is also an avid WWE fan.