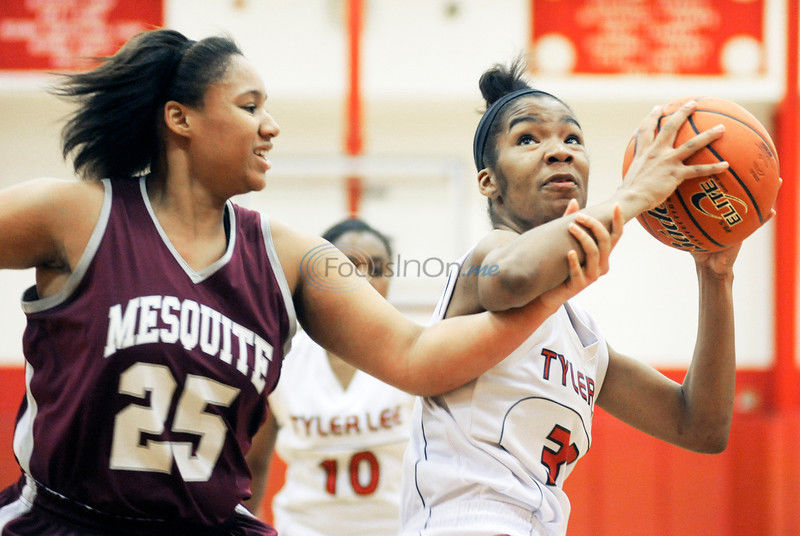 Robert E. Lee's Dominique Thomas pulls down the rebound and gets the foul against Mesquite's Mica Curtis-Wilson Wednesday in a District 12-5A game. (Herb Nygren Jr. | Tyler Morning Telegraph) 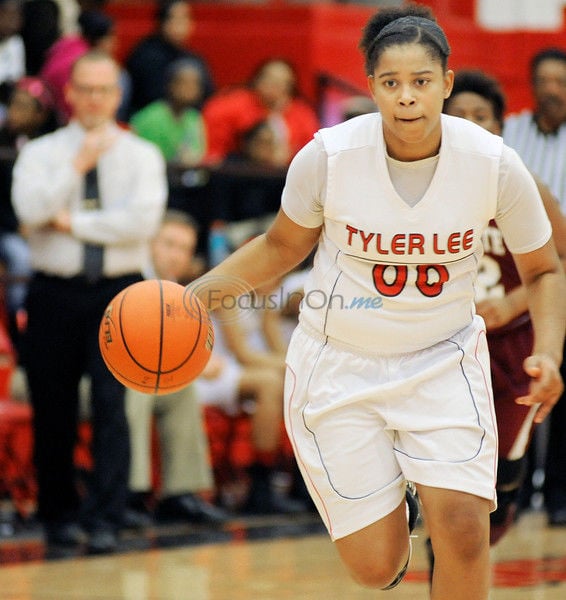 Robert E. Lee's Dominique Thomas pulls down the rebound and gets the foul against Mesquite's Mica Curtis-Wilson Wednesday in a District 12-5A game. (Herb Nygren Jr. | Tyler Morning Telegraph)

Mesquite junior Briana Caro let loose a shot from beyond the arc midway through the first period.

The ball clanged off the back rim and backboard and went in, giving Mesquite an 8-6 lead.

The remainder of her six first-half three pointers did not even touch iron.

Caro scored 22 in the first half as Mesquite raced away to an eventual 68-44 victory over Robert E. Lee on Wednesday afternoon at Varsity Gymnasium.

The loss dropped the Lady Raiders to 1-2 in District 12-5A while Mesquite raised its mark to 3-1.

“Mesquite is a good ball club; they run their offense really well and they’ve been doing it for several years,” said Lee coach Lloyd Mahaffey. “We just had some breakdowns and fell apart at times, but we also did some good things.

“I am proud of the kids’ effort. It gives us some things we can work on for next time.”

Mesquite scored the game’s first five points with Lewis helping to spark REL on a 6-0 run to take its only lead, 8-6, with 5:22 remaining in the first period.

Then Caro began her three-point exhibition, enabling Mesquite to lead 22-12 at the end of the first.

The Lady Raiders chipped away to cut their deficit to 31-23 with 2:44 remaining in the half before three-straight treys by Caro helped give Mesquite a 42-24 lead at the halftime break.

“We know that if we play good defense that it’s going to bring offense,” said Mesquite coach Jan Newland Littlefield. “So our whole goal when we come into the game is to really put a lot of pressure (on our opponent).”

Mesquite and Lee traded baskets in the final frame.

The Lady Raiders have now dropped two district games in a row as REL goes on the road Saturday looking to turn things around at Longview.

“We are going to work on the next few days not panicking in the trap,” Mahaffey said. “We have to commit to staying together as a team and not let the wheels fall off because of one (bad result).

“We are going to come in (Thursday) refocused and get ready to go win the next ball game.”