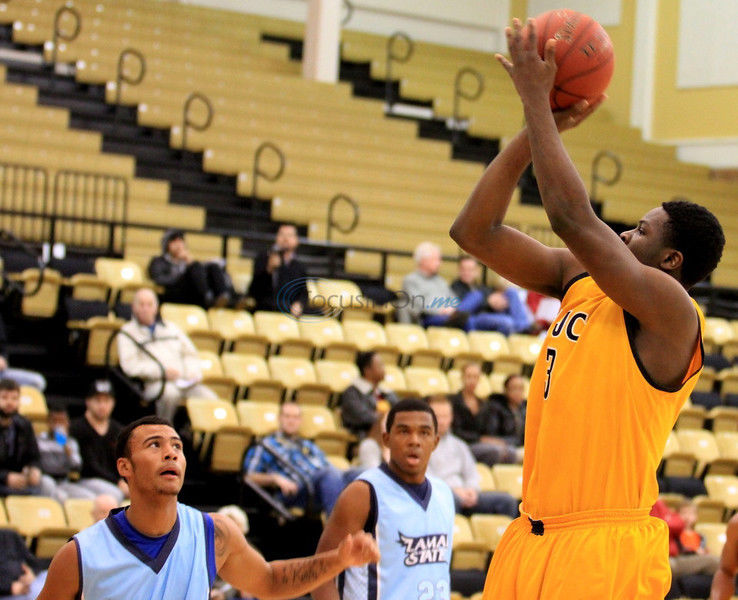 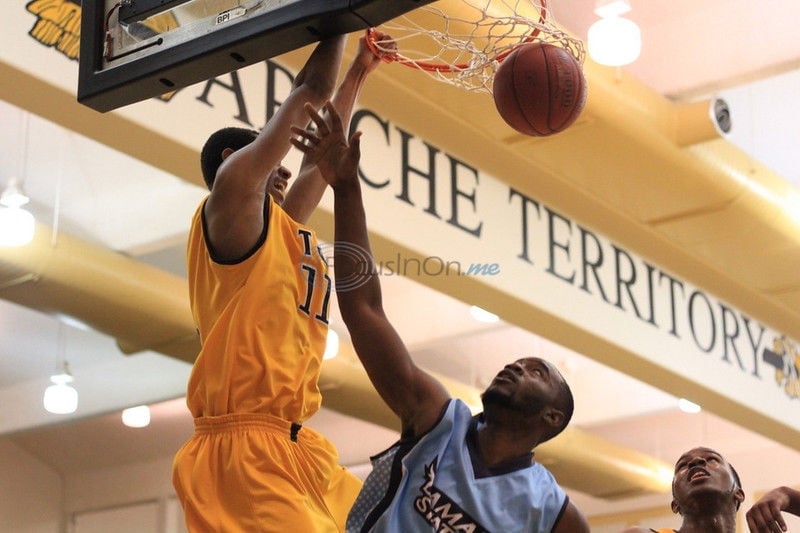 Tyler Junior College cut an 18-point deficit to four in the second half, but the Apaches could not complete the comeback Tuesday night at Wagstaff Gymnasium.

Jovan Mooring, a 6-1 freshman guard from Chicago, hit for 30 points to lead Lamar State-Port Arthur to a 118-110 win over the Apaches in the Region XIV Conference basketball opener for both teams.

Mooring was on fire in the first half, hitting 5 of 5 from 3-point land. For the game, the Seahawks were 13 of 25 from long distance. Point guard Charles Bennett added 26 points for the Seahawks.

For the Apaches, Dominique Shaw, a 6-4 freshman form Lufkin, had his third-straight 30-plus outing, hitting 34 points.

TJC’s Faith Pope, a 6-7 freshman from Mount Pleasant, Iowa, had a double-double with 15 points and 11 boards. Also in double figures for the Apaches were point guard Todd Eaglin with 19 points (17 in the second half), forward Vamba Donzo (11) and forward Chuka Eneh (11).

“We have been coaching them hard to get them ready for conference play, but you can’t imitate that in practice,” TJC coach Mike Marquis said of his young team. “So it took us a half to get going. In the second half, we were better, but couldn’t quite get over the hump. We got within four and had the ball, but made a mistake there.”

Marquis loved the effort of his squad, which is 6-2 on the season.

The Apaches pulled within 100-96 on Tyler Miller’s three-point play when he was fouled when slamming the ball with 4:12 to go.

TJC got the ball back, but Eaglin was stripped of the ball in the lane and Lamar State’s Charles Bennett drained a long trey for a 103-96 advantage.

Tyler had it to another two-possession game with 1:40 to go on another three-point play by Shaw, but the Apaches could get no closer.

“I saw some real improvement in the game from us and I saw some shades of toughness. (The Seahawks) are tough; they’ve got good players everywhere; and they shot the ball unbelievable,” Marquis said.

Marquis was not happy the Seahawks shot 15 more free throws than the Apaches on the TJC’s home court.

“Anytime in this conference when you get a road win it, is always an excellent win,” Seahawks coach Lance Madison said.

“(Mooring) is from Chicago, so he has an edge about him. He is a very good shooter — nice jump shot and nice mid-range jumper.”

Madison said Mooring had suffered a deep thigh bruise during the Seahawks’ trip to Florida Nov. 1-2 and has been out for two weeks.

Madison was impressed with the TJC’s attempted rally.

“Tyler has a good team — I know they are young … they are going to be hard to deal with,” Madison said.

TJC’s next game is Dec. 4, when the Apaches are the second game of a doubleheader at Wagstaff Gym. In the first game, the Apache Ladies meet San Jacinto at 5:30 p.m., followed by the Apaches taking on Angelina at 7:30 p.m.