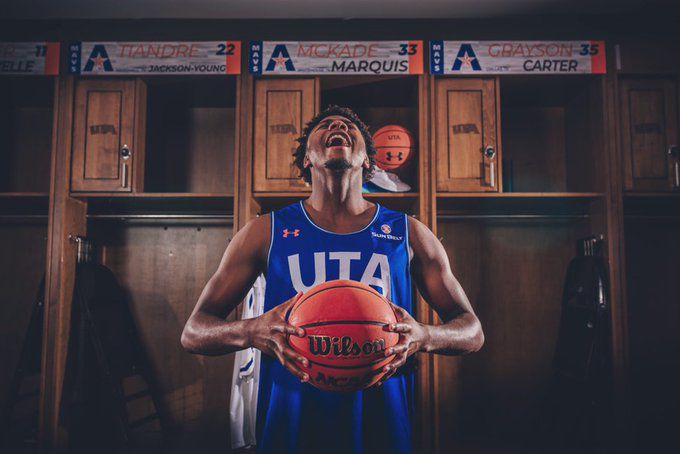 Tyler Junior College guard Shahada Wells committed to play for the University of Texas at Arlington. Wells is pictured in front of the locker of McKade Marquis, who is the son of TJC basketball coach Mike Marquis. (Courtesy) 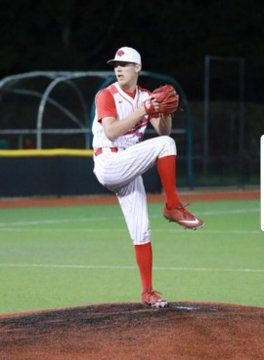 Bullard’s Hagen Smith committed to the University of Arkansas.

Tyler Junior College guard Shahada Wells committed to play for the University of Texas at Arlington. Wells is pictured in front of the locker of McKade Marquis, who is the son of TJC basketball coach Mike Marquis. (Courtesy)

Bullard’s Hagen Smith committed to the University of Arkansas.

Bullard left-handed pitcher Hagen Smith announced his commitment to play baseball at the University of Arkansas on Twitter on Wednesday night.

Smith is regarded as one of the top arms in the country in the Class of 2021 and participated on the 2019 Texas Rangers Area Code Underclass Team.

College offers have been rolling in for Tyler Lee football players during the past few weeks.

Tyler Junior College guard Shahada Wells announced his commitment to play basketball for the University of Texas at Arlington on Wednesday.

Wells joins Deandre Heckard and Jason Bush as Apaches to commit this offseason. Heckard will continue his career at Stephen F. Austin, while former Longview standout Bush will play for Texas State.

Former John Tyler Lion Fred Ross was drafted in the third round of Phase 1 by the Seattle Dragons in the XFL Draft. Ross, a receiver who played at Mississippi State, spent time with the Carolina Panthers.

Former John Tyler Lion Justice Liggins — a receiver who played at Stephen F. Austin and spent time with the Los Angeles Chargers — was taken in Phase 5 by the New York Guardians.

Former Mount Pleasant standout KD Cannon (Baylor) and former Daingerfield standout Keyarris Garrett (Tulsa) — both receivers — were both selected by the Los Angeles Wildcats. Cannon went in the sixth round of Phase 1, while Garrett was taken in the eighth round of Phase 1.

Former Pleasant Grove standout Lucas Wacha — a linebacker who played at Wyoming — was taken in the seventh round of Phase 3 by the Tampa Bay Vipers. Wacha is currently the linebackers coach at Pleasant Grove, and he’s the younger brother of St. Louis Cardinals pitcher Michael Wacha.

Ford-Dement is tied for first in Conference USA and tied for fourth in Division I-FBS with nine pass breakups.

Ford-Dement, who previously played at Kilgore College, has 10 tackles and an interception.

Former Lufkin and Texas A&M standout Erik McCoy is currently the only center in the NFL ranked inside the top five in both run block and pass block grading by Pro Football Focus.

The New Orleans Saints rookie is ranked as the No. 4 overall center in the NFL by PFF.