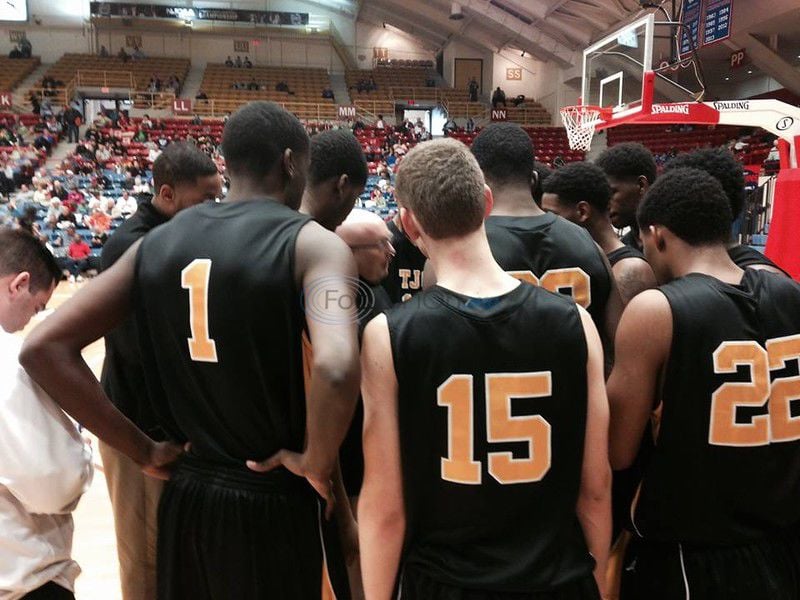 Darryl Stewart shooting a free-throw against No.1 Connors State. (Photo by Phil Hicks)

Darryl Stewart shooting a free-throw against No.1 Connors State. (Photo by Phil Hicks)

HUTCHINSON, Kan. —An emotionally draining Region XIV Tournament finally caught up with the Apaches on Tuesday at the NJCAA National Basketball Tournament.

Tyler Junior College basketball coach Mike Marquis said his team had nothing more to give and it showed in the second half of a 78-62 loss to No. 1 Connors State (Oklahoma) in a second-round game Tuesday at Hutchinson Sports Arena.

"Winning our league is so tough," Marquis said. "It takes a lot out of you. I sensed it yesterday (Monday in a 79-62 win over Faulkner State of Alabama in a first-round game) and really saw in the second half today.

"This team and the sophomores accomplished a lot this year, something that hasn't been done (since 1996). Their hearts were in it and never gave up, but it was a tough game against a very good Connors State team."

The Cowboys (32-1) will play at noon Thursday in a quarterfinal matchup against either No 8 South Plains (Texas) (27-6).

The tournament is single elimination.

Leading scorer Dale Jones was held scoreless on six shots. He played two minutes and eight seconds of the first half when he picked up two quick fouls.

Darryl Stewart led the Apaches with 14 points, including a nearly three-fourths court shot at the buzzer in the second half. Sophomores Dominique Shaw and Faith Pope along with freshman Ronnie Stacy all scored 12 points.

"I thought Ronnie really played well," Marquis said of the freshman point guard. "He really came on in the regional tournament."

Connors State point guard Corlbe Erving led the Cowboys with 23 points and five assists. Arlando Cook and Ronnie Boyce each had 21 points. Phabian Glasco had 12 rebounds and Cook had 10.

"We were feeling pretty good, having a four-point lead in the first half without Dale in the game," Marquis said. "We had a shot to build the lead to six, eight and even 10 points, but instead we were tied and it felt like we were behind,"

But that was the Apaches' last points until the seven-minute mark when Pope hit two free throws.

In between, the Cowboys scored 23-straight points for a 61-40 lead.

"We were getting good looks, but the ball would just not fall," Marquis said of the drought.

"I'm proud of my team," Marquis said. "They are good citizens. All the sophomores will graduate and sign with Division I schools."