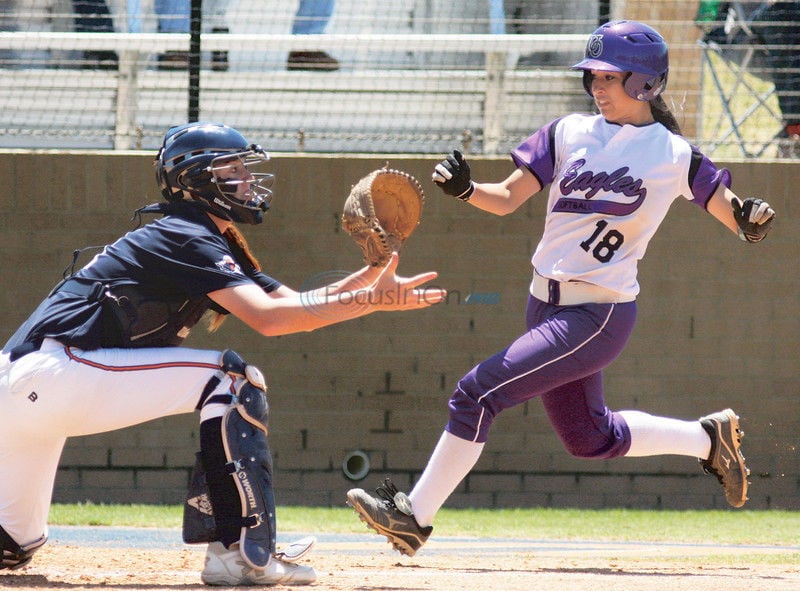 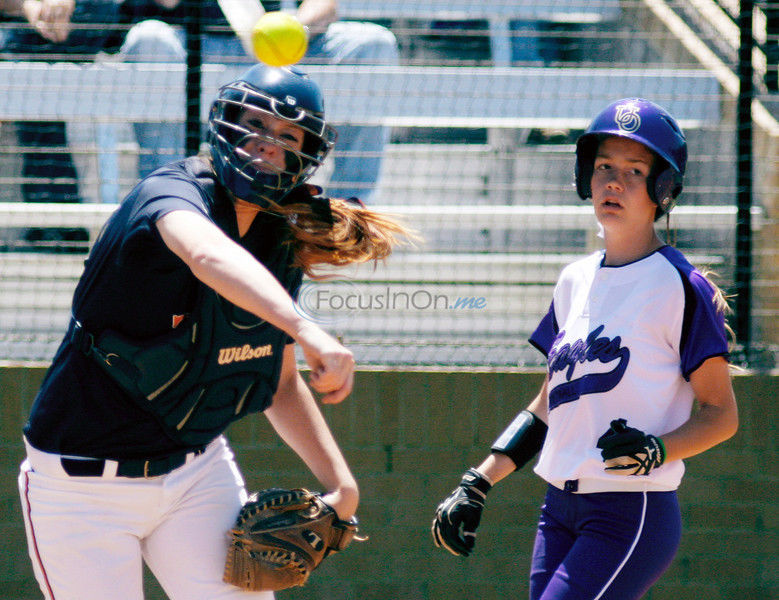 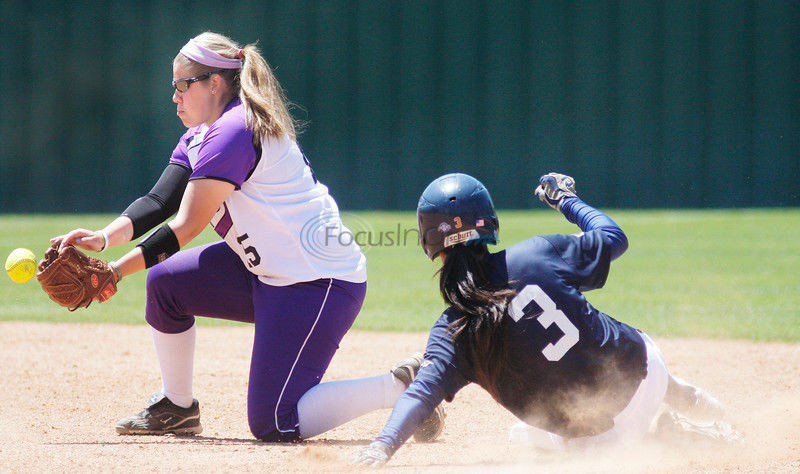 UT Tyler's Raven Rodriguez slides into second as the ball gets away from Ozarks Arel Ferguson in the 2nd inning of Saturday's game. (Herb Nygren Jr. | Tyler Morning Telegraph)

UT Tyler's Raven Rodriguez slides into second as the ball gets away from Ozarks Arel Ferguson in the 2nd inning of Saturday's game. (Herb Nygren Jr. | Tyler Morning Telegraph)

UT Tyler, sparked by inspired play by Joey Cronin and her fellow seniors on “Senior Day” finished the regular season in style on Saturday at UT Tyler Ballpark.

Cronin had a 5 for 6 day at the plate with two home runs and five RBIs as the No. 2-ranked Patriots scored wins of 22-1 and 4-0 over Ozarks in an American Southwest Conference softball doubleheader before 300 fans on a beautiful sun-swept day.

Another senior Rachel Howell was 4 for 6 with a homer. Cronin’s two homers were the 30th and 31st of her career.

The Patriots now head to the postseason, beginning Thursday at Oran Goode Park in Farmers Branch. UT Tyler, the No. 1 seed from the East, is expected to play Concordia-Texas (25-13), the No. 4 team from the West, at 10 a.m. in a first round game.

The winner of the ASC Tournament receives an automatic NCAA Tournament bid. The West Regional is scheduled to begin either May 9 or 10 at UT Tyler Ballpark.

As far as Saturday, things could not have turned out better for the seniors, who were honored by coach Mike Reed between games with roses and framed photos.

“What a great day,” Reed said. “I told the girls before the games; the best way to honor these seniors and make the game even more special is to play well. I thought we played well all weekend.

“For all our seniors, they all got significant action and made contributions. What a fitting way to wrap up the regular season.”

Photos of the seniors from their early playing days to their senior season were displayed around the ballpark. Their names were also in chalk on the sidewalks.

The Patriots got going early in the first game, scoring eight runs in each of the first two innings. For the game they had 24 hits.

In the first inning, UT Tyler had nine hits, including seven straight at one point.

Cronin had two hits in the inning, including a two-RBI triple. She had three hits for the game, one of which was a double (adding to her ASC record for doubles with her 24th this season).

In the second inning, the Patriots had eight hits, one of which was a two-run homer by Howell. For the game, she was 3 for 3 with four RBIs. Anderson had two hits as well. Kelsie Batten had three RBIs.

Raven Rodriguez and Sells each had two hits and two RBIs.

Amanda Lopez (2-0) picked up the win in the circle, pitching three innings with four strikeouts.

In the second game, the Patriots grinded out the win as they beat the Ozarks’ top pitcher in Amber Rollins (10-9).

Heather Abshire (18-1) and Kelsie Batten (third save) combined in the circle to limit the Eagles to four hits.

Cronin had the two solo shots, while Vanessa Carrizales had two hits and an RBI. Raven Rodriguez added a double and Howell had an RBI single.