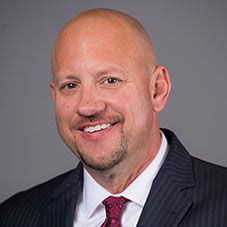 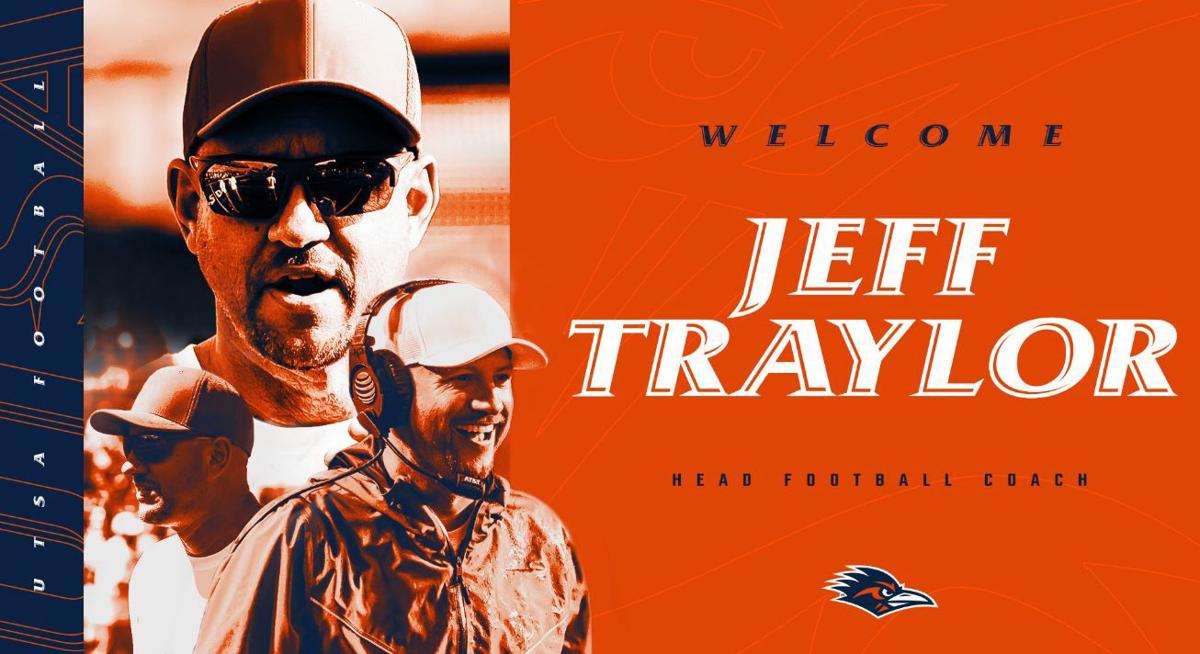 SAN ANTONIO — The University of Texas at San Antonio (UTSA) has selected Jeff Traylor, former associate head coach at Texas, SMU and Arkansas, as its new head football coach. Traylor has nearly 30 years of coaching experience including a highly successful 15-year career as head coach at Gilmer High School, where he led teams to three state championships and two state runner-up finishes, winning more than 87% of his games.

Traylor has served most recently as associate head coach and running backs coach for two seasons at Arkansas. Prior to that, he served in the same role at SMU for the 2017 season. He began at the collegiate level as the special teams coordinator and tight ends coach at Texas in 2015 before becoming the Longhorns' associate head coach for offense and wide receivers coach the following year.

"As we conducted an extensive national search, one candidate prominently rose above the others for his record of success, his commitment to preparing student-athletes for life and his deep ties to football here in the state of Texas," said UTSA President Taylor Eighmy. "Coach Traylor embodies all of these characteristics and has an outstanding reputation among his high school, college and professional peers for his ability to recruit, develop and mold champions—on the field and in life."

A native of Gilmer, Traylor built his hometown program into a prep powerhouse during his 15-year tenure. A four-time Texas High School Coach of the Year for Class 4A, he posted a 175-26 record (.871 winning percentage) and led the Buckeyes to five state championship game appearances, three state titles and 12 district crowns. Gilmer turned in a pair of perfect 16-0 seasons, won 10-or-more games 11 times, and registered seven 13-win seasons and three 15-win campaigns during his tenure. In 2019, Gilmer renamed Buckeye Stadium to Jeff Traylor Stadium to honor Traylor's success.

Traylor will take over at UTSA for Frank Wilson, who led the Roadrunners to a 19-29 mark and one bowl appearance during his four-year tenure.

"Finding a leader who not only understands the landscape of recruiting in Texas but has demonstrated an ability to build a championship culture was key in this selection," said Dr. Lisa Campos, UTSA Vice President for Intercollegiate Athletics. "Jeff is a high energy individual who is going to engage our community, build relationships and positively impact the lives of our student-athletes, all while building a championship caliber program."

Traylor's Texas high school connections run deep. During his time as the lead recruiter at Texas, Traylor helped the Longhorns sign the No. 7-ranked recruiting class in the country in back-to-back years and he was named Big 12 Recruiter of the Year for his efforts. He helped Arkansas ink the school's first Top-20 recruiting class, which included 1,000-yard rusher Rakeem Boyd from Houston.

"Jeff Traylor is a champion who has an innate ability to help student-athletes become the best leaders they can be," said D.W. Rutledge, former executive director of the Texas High School Football Coaches Association. "He is one of our own and as someone who is extremely well connected with the Texas high school coaching community, he is an excellent choice to usher in a powerful new era for Roadrunners Football."

"Being a native Texan and a coach for so many years in this state, I understand how important football is to the people of Texas," added Traylor. "I'm anxious to reconnect and continue building relationships with Texas High School Coaches Association and all the great high school coaches in this state and beyond."

"Jeff Traylor is a dynamic, transformational leader who will usher in a bright new era for UTSA football," Baylor head coach Matt Rhule said. "I have long admired Coach Traylor's passion for young people, his knowledge of the game and his unparalleled impact in recruiting. He is a dynamic personality who will recruit the very best student-athletes from all across the state and high school coaches know that if they send a young man to Jeff, he will be cared for, taught and pushed to be the very best that he can be. I look forward to seeing Coach Traylor and his staff bring a championship to San Antonio."

A 1986 graduate of Gilmer High School, Traylor earned both undergraduate and graduate degrees in education from Stephen F. Austin while playing football as a walk-on.

He and his wife, Cari, have three children: Jordan, Jacob and Jaci.

Traylor's five-year contract begins on Dec. 13 and includes $800,000 in guaranteed compensation in year one. It also includes financial incentives for various goals including, but not limited to, regular season game wins, achievement of a Bowl game and ticket sales milestones.