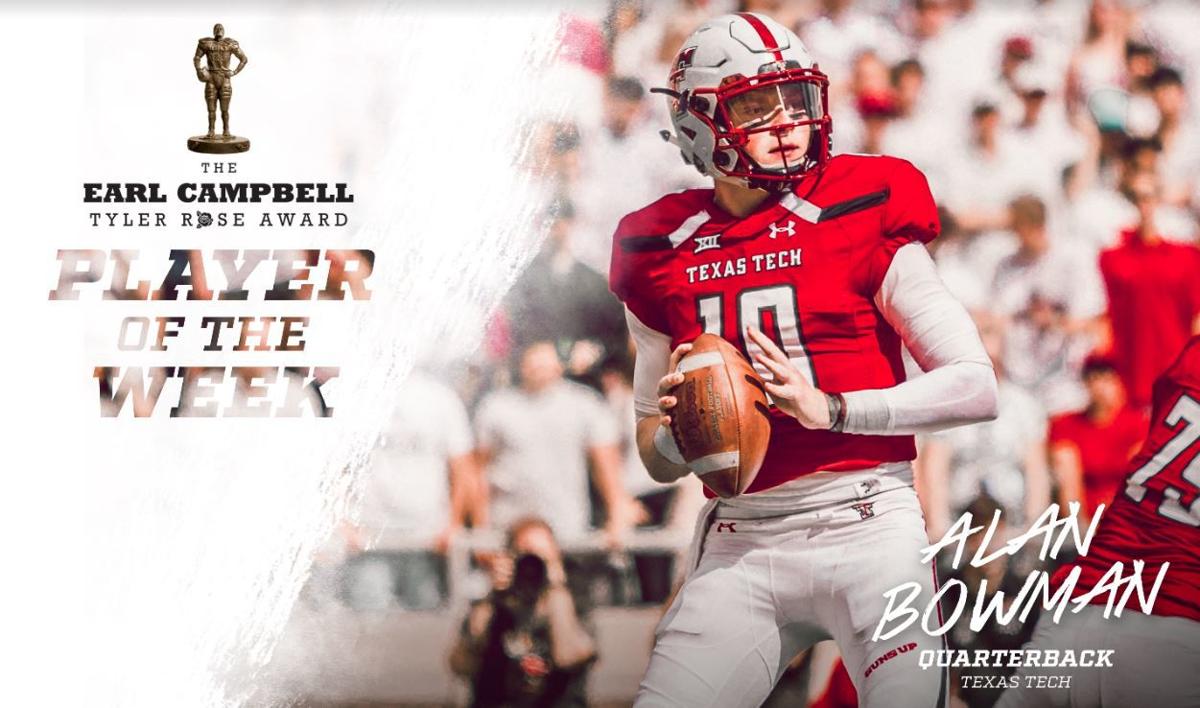 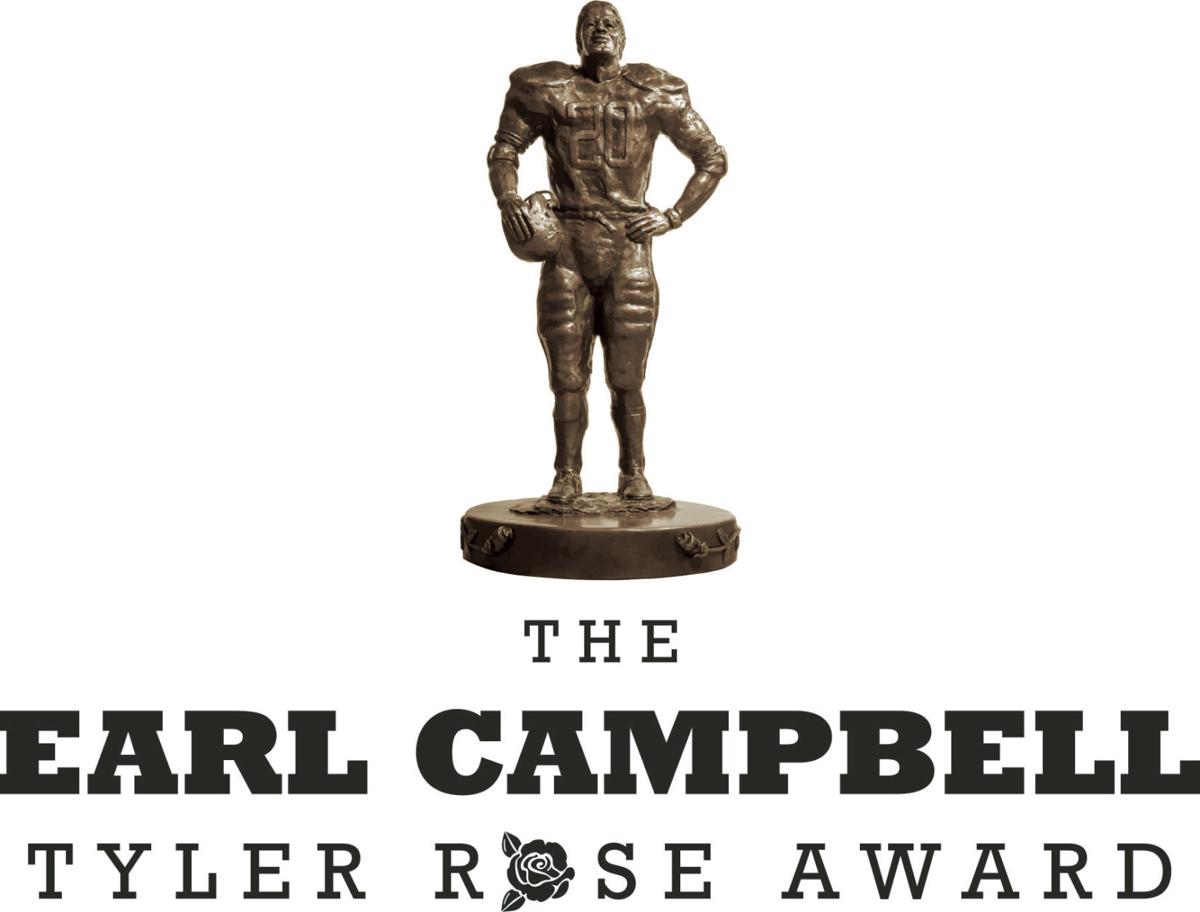 There's another gunslinger in West Texas.

Texas Tech true freshman quarterback Alan Bowman may be the next in line on the list of prolific passers that have called Lubbock home.

Bowman was spectacular in leading the Red Raiders to a 63-49 win over Houston on Saturday.

For his performance, Bowman was named The Earl Campbell Tyler Rose Award National Player of the Week for the third week of the college football season, Cindy Smoak, SPORTyler executive director, announced Tuesday.

Bowman broke the Big 12 freshman record set by Whitehouse native and current Kansas City Chief Patrick Mahomes against Baylor in 2014, and his five TDs were most by a Tech quarterback since Corsicana Mildred graduate Nic Shimonek's six against Arizona State last season.

The Grapevine High School graduate quickly accomplished something one of his predecessors — head coach Kliff Kingsbury — never did: a 600-yard game.

Bowman finished 43 of 59 passing for the fifth 600-yard game in Texas Tech history. Bowman threw for 605 yards. In the second start of his career, Bowman broke Patrick Mahomes' Big 12 freshman passing record of 598 yards set on Nov. 29, 2014 against Baylor.

“That was a nice step in the right direction,” Kingsbury said. “But I’ve said it all along, there’s an expectation at Texas Tech that started a long time ago that we’re going to play really good at quarterback and play really good on offense.”

It's the fifth honor for Bowman within the last two days, as he's also received Big 12 Newcomer of the Week, Walter Camp National Player of the Week, Manning Award Star of the Week and the Davey O'Brien "Great 8" list.

Texas Tech opens Big 12 play on Saturday, traveling to Stillwater, Oklahoma to face Oklahoma State in a 6 p.m. kickoff at Boone Pickens Stadium. The game will be broadcast by FOX Sports 1.

The Earl Campbell Tyler Rose Award, announced in 2012 by the Tyler Chamber and SPORTyler, recognizes the top offensive player in Division I football who also exhibits the enduring characteristics that define Earl Campbell: integrity, performance, teamwork, sportsmanship, drive, community and tenacity; specifically tenacity to persist and determination to overcome adversity and injury in pursuit of reaching goals.

In addition, the nominee must meet one or more of the following criteria: born in Texas and/or graduated from a Texas High School and/or played at a Texas-based junior college or four-year DI Texas college.

Purdue lost to Missouri, 40-37, on Saturday in West Lafayette, Indiana.