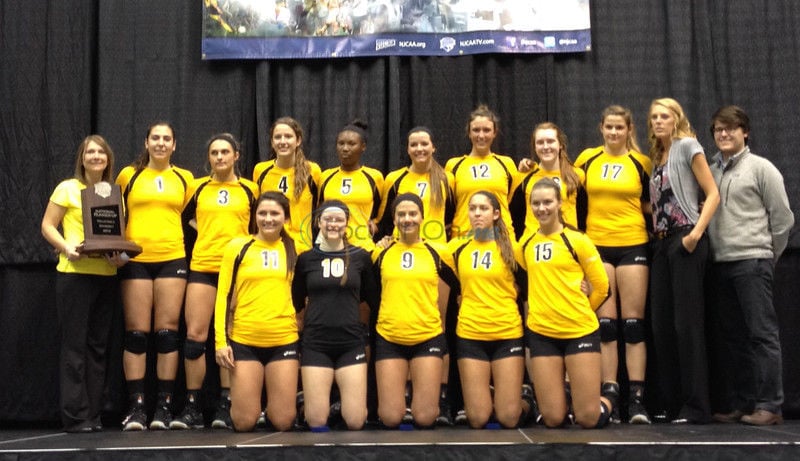 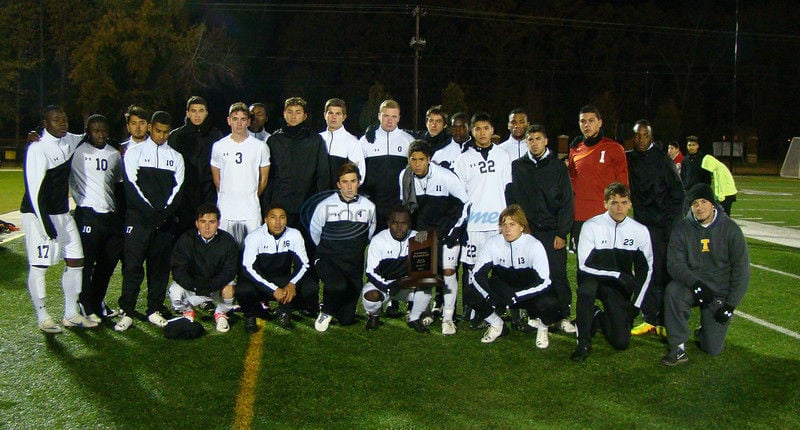 The Tyler Junior College men's soccer team finished second in NJCAA Division I. The Apaches fell to Iowa Western in the final on Saturday at Pat Hartley Soccer Complex in Tyler. (Courtesy)

The Tyler Junior College men's soccer team finished second in NJCAA Division I. The Apaches fell to Iowa Western in the final on Saturday at Pat Hartley Soccer Complex in Tyler. (Courtesy)

The Tyler Junior College athletic teams are in a race to see which squad can bring home the 50th national title in school history.

TJC came so close with the fall sports — volleyball and men's soccer especially. But the women's soccer squad and the football team were in the running as well.

Volleyball and men's soccer were in national championship games on Saturday, but each came up just short of the crown.

Dr. Tim Drain, TJC's athletic director who was inducted into the NJCAA Men's Soccer Coaches Hall of Fame as a contributor to the game last week, said: "not sure words can describe how amazing this fall was."

He did want to pass out kudos to his teams.

"What a special fall for TJC athletics," a smiling Drain said. "For numerous weeks this season, volleyball, football and men's and women's soccer spent time ranked nationally in the top five.

"Our men's soccer and volleyball teams reached the national title games and football reached a bowl game for the first time in the Danny Palmer era. I am so proud of our players, coaches, staff and trainers for making this one of the most successful fall seasons in TJC history."

The Apache Ladies volleyball team achieved a No. 1 ranking this year and finished No. 2 in the nation after falling to Blinn in the national title game in Casper, Wyo.

Coach Ronda Shirley's squad finished with a record of 34-5.

The soccer team, under coach Steve Clements, was shooting for its second straight title and fourth in five years, but Iowa Western edged the Apaches in penalty kicks 3-1 after regulation ended at 1-1. The Apaches finished the season at 19-2-1.

The football squad will play in the Football Capital of Kansas Bowl on Dec. 8 in Pittsburg, Kan. The Apaches (8-2) will meet Garden City (Kan.) Community College. Kickoff is scheduled for 1 p.m. TJC is ranked No. 13 in the land and made it to No. 3 in the poll in October.

Drain and his staff are hoping for similar success with the winter and spring sports.

Now, it is up to the tradition-rich basketball teams as well as the always nationally ranked tennis, baseball and golf squads to vie for the 50th national title.