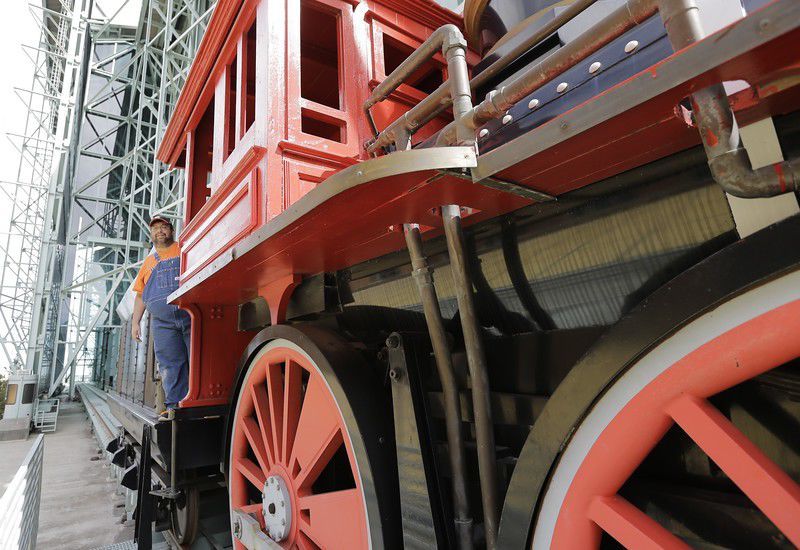 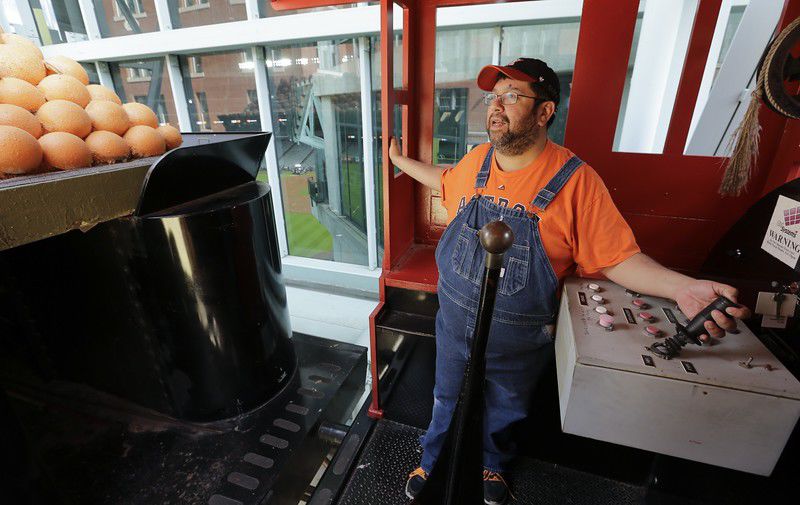 HOUSTON (AP) - Dizzy Dean would break into an off-key rendition of "Wabash Cannonball" while broadcasting games.Even before that, Walter "The Big Train" Johnson, another Hall of Fame pitcher, was a 417-game winner.

For this World Series, Houston has an oversized replica of an old-time locomotive simply known as "The Train" that moves along a track about 90 feet above left field when the hometown Astros hit a home run or win a game.

"The only one that matters is driving it at the end of the ball game," said Bobby Vasquez, the former Astros intern and tour guide now in his 17th season operating the train. "If I'm driving at the end, that means we won."

The largest entrance to Minute Maid Park, which replaced the Astrodome, is inside what was once Houston's Union Station. The train, running on a track that spans nearly the entire length of one side of the stadium, is a nod to the building's history and the city's railroad roots.

While lacking a catchy nickname, "The Train" comes with all the bells and whistles to mark big moments and big victories.

Those can be heard when the Astros score, and those sounds seem to get louder and last longer for home runs and victories.

"I could probably come up with something better than like opposing fans would come up with," Vasquez said about a nickname, recalling some things he saw on Twitter at the start of this month's AL Championship Series. "Yankees fans were complaining about the aggressive train blowing."

For every run and homer the Astros have had at home since, Vasquez said he has "laid on the horn."

The longest and loudest celebration - so far - came when Houston center fielder George Springer made the ALCS-clinching catch below the train to end the decisive Game 7 against the Yankees a week ago. That was the Astros' first-ever pennant clincher at home, sending them to their second World Series.

"Everything that our city has been through (in the aftermath of Hurricane Harvey) ... the baseball journey, losing 100 games for a few years, and just trying to keep the faith that we're going in the right direction," Vasquez said. "When George caught that pop fly, all of those emotions, all of those memories, they ended up in the glove with him."

Before the start of each home game, Vasquez - known by Astros fans as "Bobby Dynamite"- eases the train forward from a starting spot in straightaway center field toward the left-field pole with whistles blowing and the consistent and loud dinging of the bells.

The best times come after wins, especially big ones like that ALCS clincher.

"It's kind of cool to see the replays and watch the footage of the games, and you see the ball landing in his glove, and you hear the horn in the background," he said. "That's always going to be there. ... My little mark is there."

During games, Vasquez will sound the bells and whistles when the Astros score. On home runs, there is also the trip across the track that he estimates takes about 40 seconds, though he has never actually timed the slow-moving joy ride.

Add up all those home-run trips through the years, and the train could have traveled from Houston to New Orleans, roughly 350 miles away.

Chartered flights on big jetliners are the way teams get between cities when traveling these days, far removed from clickety-clack travel by train.

Even so, there are still current-day references to that past mode of transportation for players.

Arizona's David Peralta carries the nickname "Freight Train," a moniker born from a broadcaster's description of how the outfielder runs the bases. During the MLB players' weekend this season, Pittsburgh Pirates right-hander Gerrit Cole wore "Cole Train" on the back of his jersey.

Back at Minute Maid Park, "Bobby Dynamite" dresses the part with overalls and an orange Astros T-shirt.

Vasquez has operated the all-electric train for all but the first season since the Astros moved to the downtown venue.

"The position just kind of came open and I was at the right place at the right time, and I was like, sure I'll give it a try. I thought I'd be lucky just to be up here one year, I really, really did," said Vasquez, who found out just before opening day that the job was his.

Sometimes when Vasquez gets up to the train after batting practice, he'll find a handful of baseballs. He knows some players view the looming train as a possible target.

Vasquez remembers in 2001, his first season operating the train and Mark McGwire's last as a big league player, when the slugger was pointing his bat toward the train while taking batting practice with the St. Louis Cardinals before a game.

"He was trying to hit me, he kept on ... trying to tee off on me," Vasquez said. "Finally he hit me, and so I jumped outand he gave me a big wave. That's something that was kind of cool from way back in the day. It took him a couple of times to get up here."

What Vasquez still can't get used to are fans who want to take photos with him, like they would with a player.

The 39-year-old Vasquez wants them to know that he's just a lifelong Astros fan, like so many of those stopping him for photos that he gladly takes.

"That's the best part, I'm just a fan," he said. "I went to games in the dome, saved up my allowance so I could get the dollar seats, and a seat for my dad, I had to have a driver. All I needed was a cup of Sprite and a program to keep score, and I was good to go. I never moved from my seat."

About the only difference now is that his seat moves - when the Astros score or win.