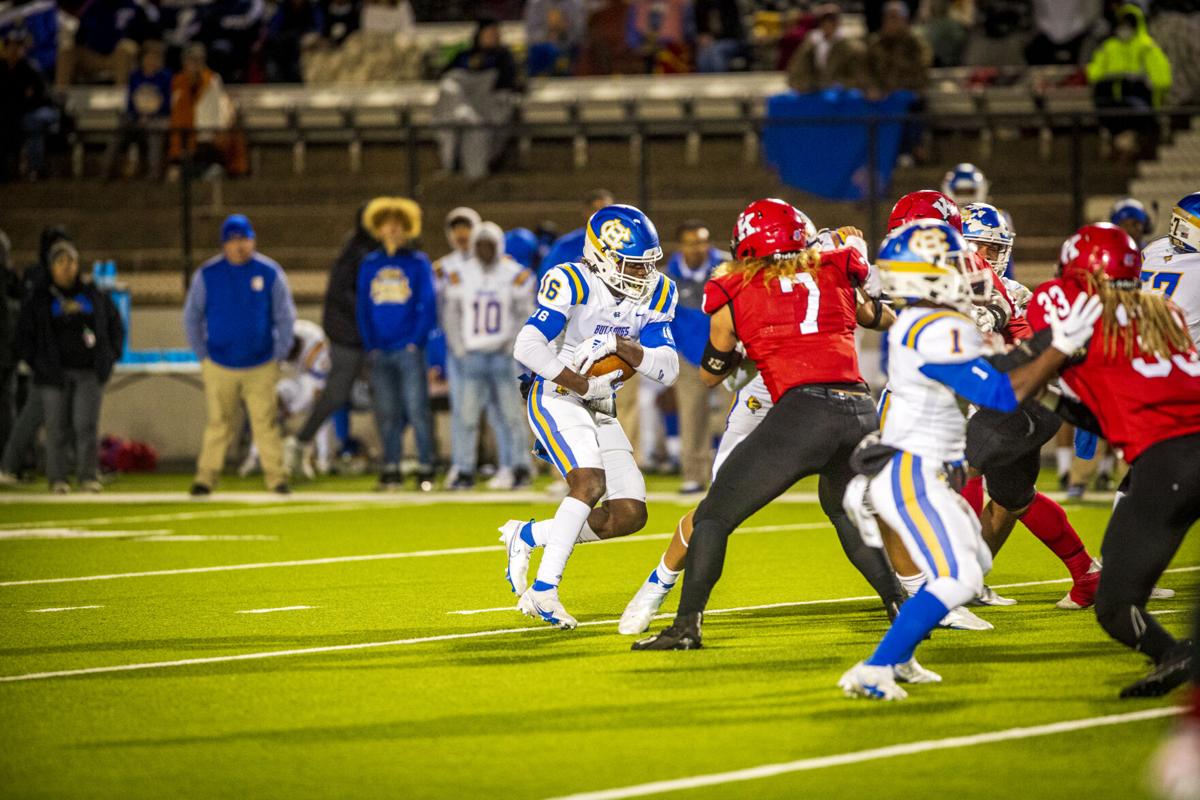 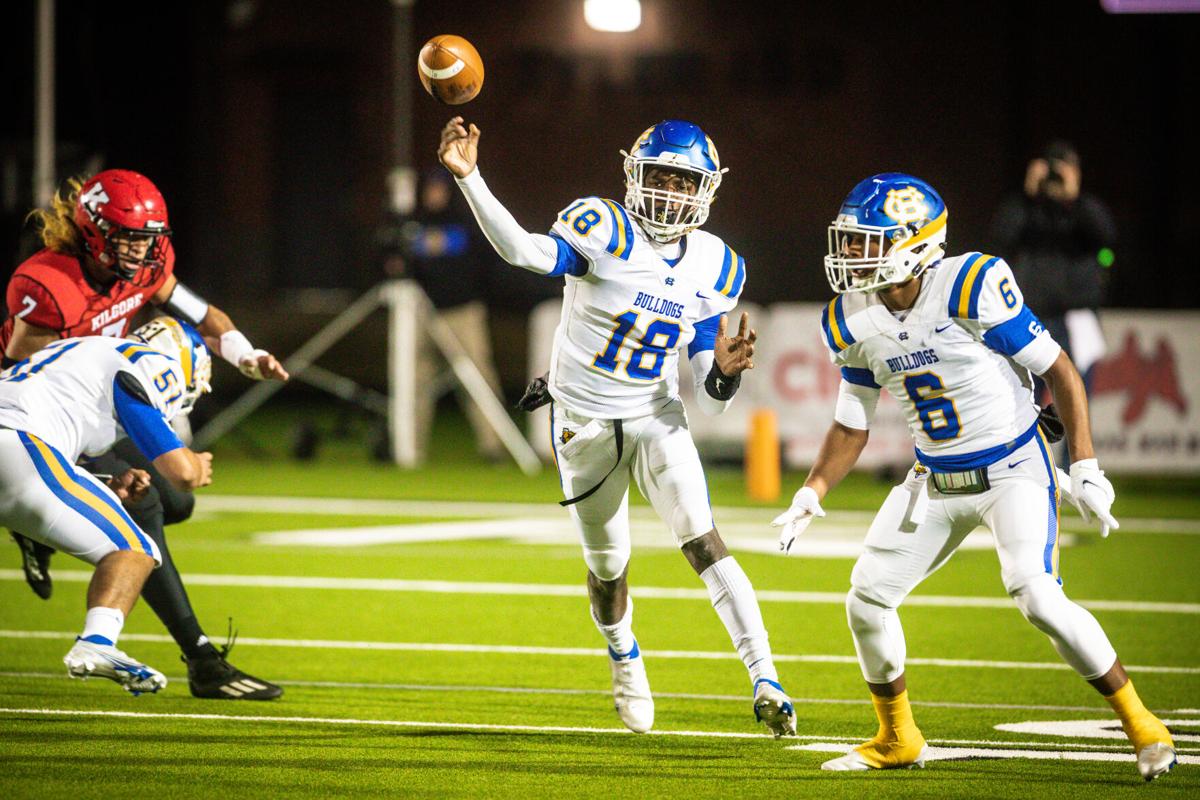 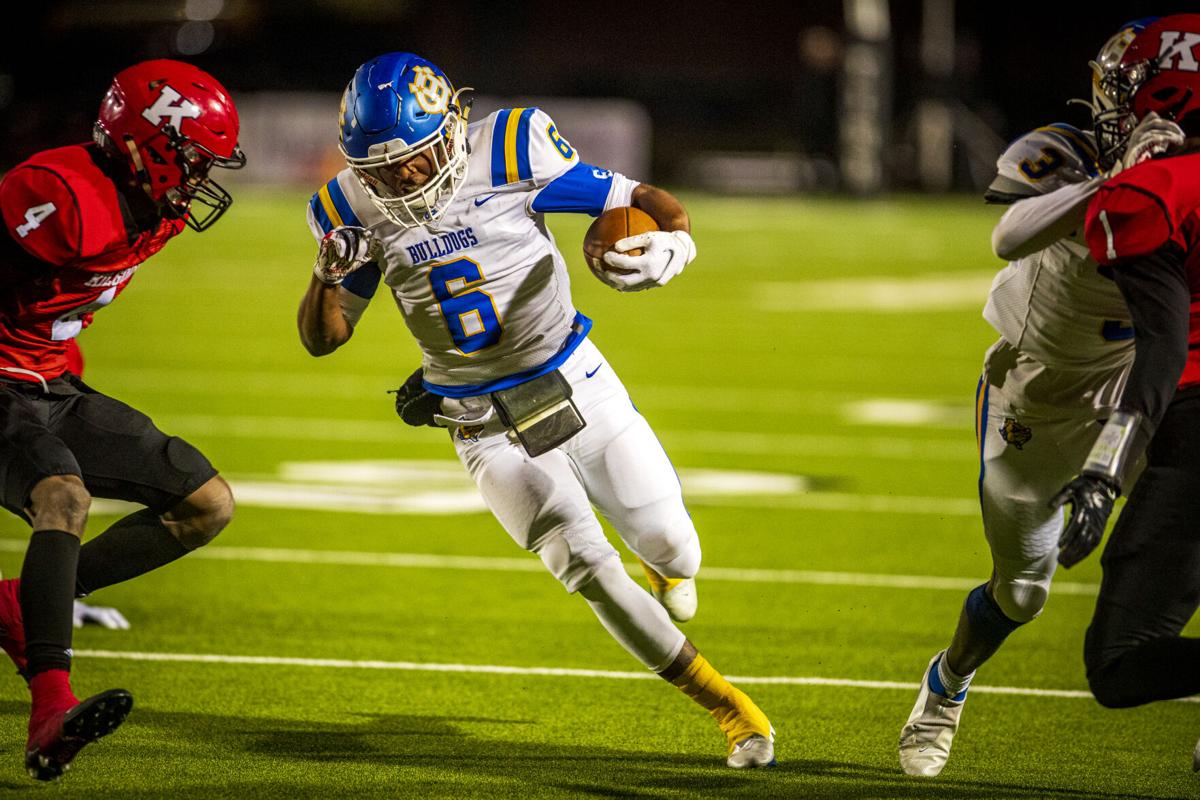 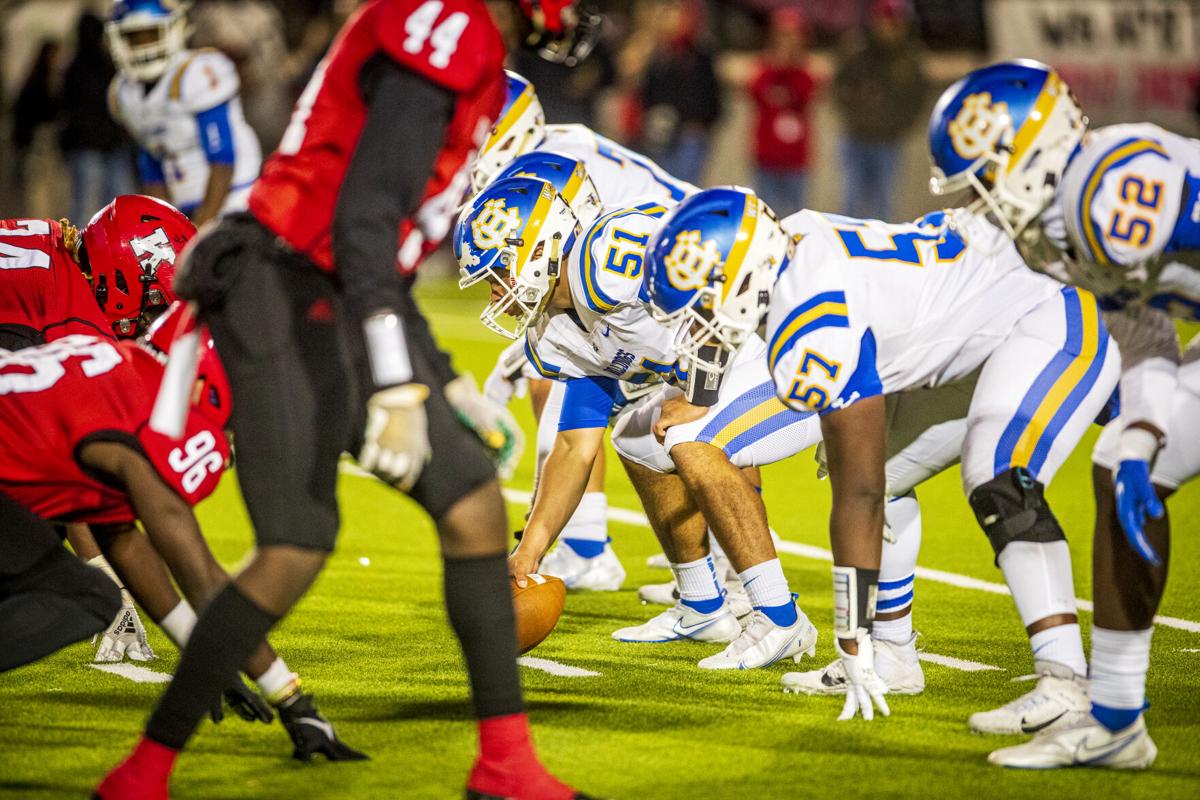 NEW CHAPEL HILL — It had been since 2013 that the Chapel Hill Bulldogs had reached the fourth round of the high school football playoffs.

That changed last Friday night at Christus Trinity Mother Frances Rose Stadium when the Bulldogs rallied from an early 17-0 deficit to take a 41-35 win in double overtime over district foe Kilgore.

Chapel Hill reached at least the state quarterfinals three times from 2010-13, including winning a state championship in 2011. From 2013-19, the Bulldogs advanced to the second round of the postseason just once and missed the playoffs from 2016-19.

And after going 8-5 and reaching the third round a season ago, the Bulldogs (10-3) are now one of just eight teams remaining in Class 4A Division II.

“I’ve been telling them that last year, to practice on Thanksgiving and go to the third round was unbelievable,” Chapel Hill coach Jeff Riordan said. “All offseason, I told them that’s the floor. That’s where we were last year. We’ve got to do better than what we did last year.

“Now we’ve got 10 wins and playing in the fourth round. Teams they remember play in December.”

The Bulldogs will do just that when they take on Little Cypress-Mauriceville (11-2) at 7:30 p.m. Friday at Cy-Fair FCU Stadium in Cypress.

“I think they’re very similar to us,” Riordan said. “They kind of caught fire late. They’re playing really good football right now. They have an extremely dynamic quarterback that can throw and run. They have a tailback that’s quick as a cat. They’ve got a couple of receivers that can play, and they’re pretty good up front.

“Defensively, their defensive front is no different than the ones we’ve seen against Kilgore, Henderson and Vidor. They’re very good. They just play sound football, and they’re well-coached.”

Leading the defense for the Bears is defensive lineman Amier Washington, a junior who has offers from Baylor and Texas Tech.

“They’re getting better every week,” Riordan said. “I think what you’re seeing is the cohesiveness and the chemistry of that offensive line, working together and understanding what their job is. And we’ve got special guys with special talents touching the ball.”

“We know we have to step up in the trenches and protect our guys back there,” Johnson said.

The winner of Friday’s game will advance to the Class 4A Division I semifinals to face either Austin LBJ or Fredericksburg.

Friday’s game will be on the same date (Dec. 3) and at the same location — the Berry Center — that the 2010 Bulldogs won a state semifinal game against West Columbia in 2010 before falling to Henderson in the state championship game. Little Cypress-Mauriceville defeated West Columbia 42-21 in the second round of the playoffs this season.