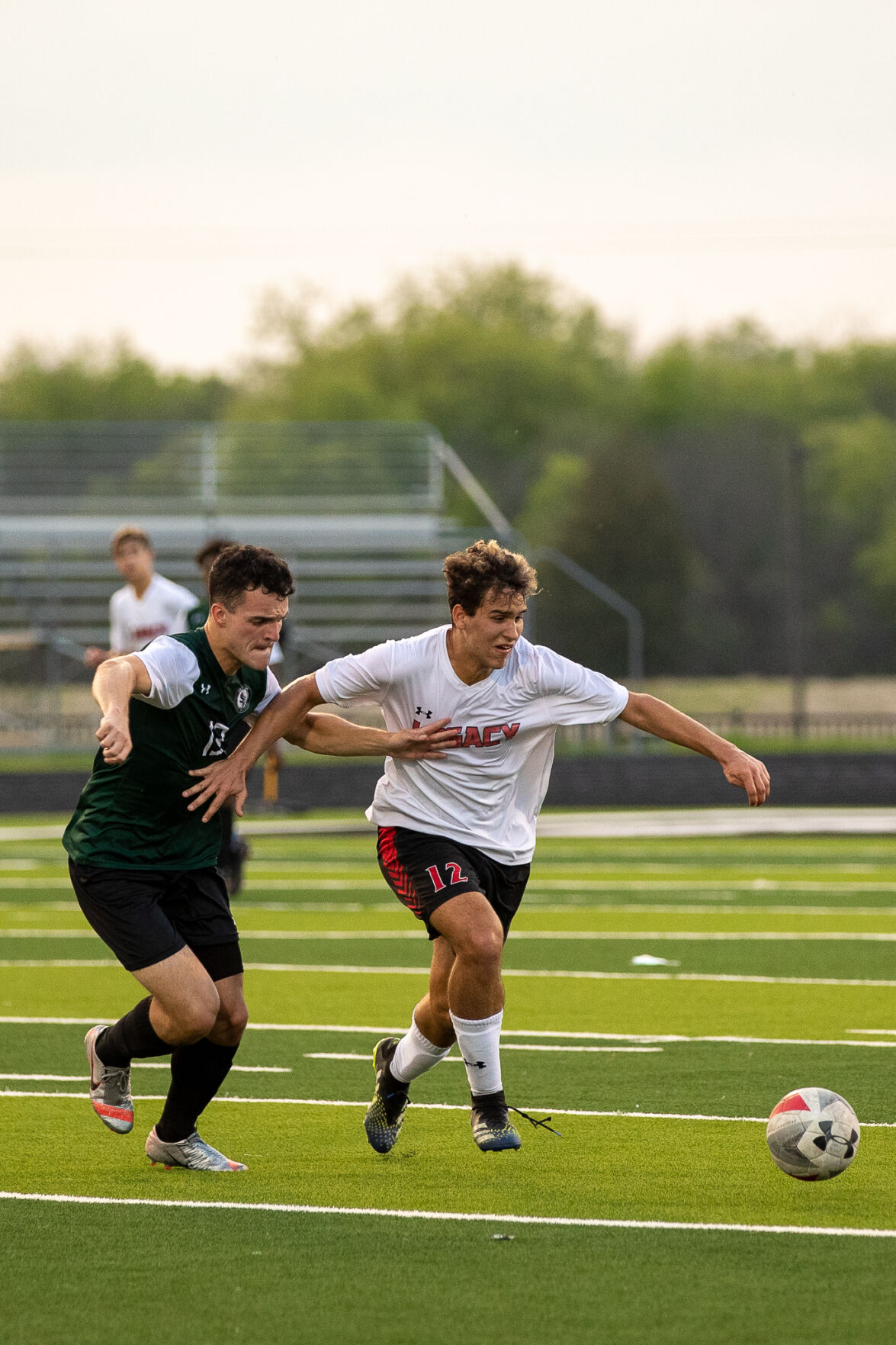 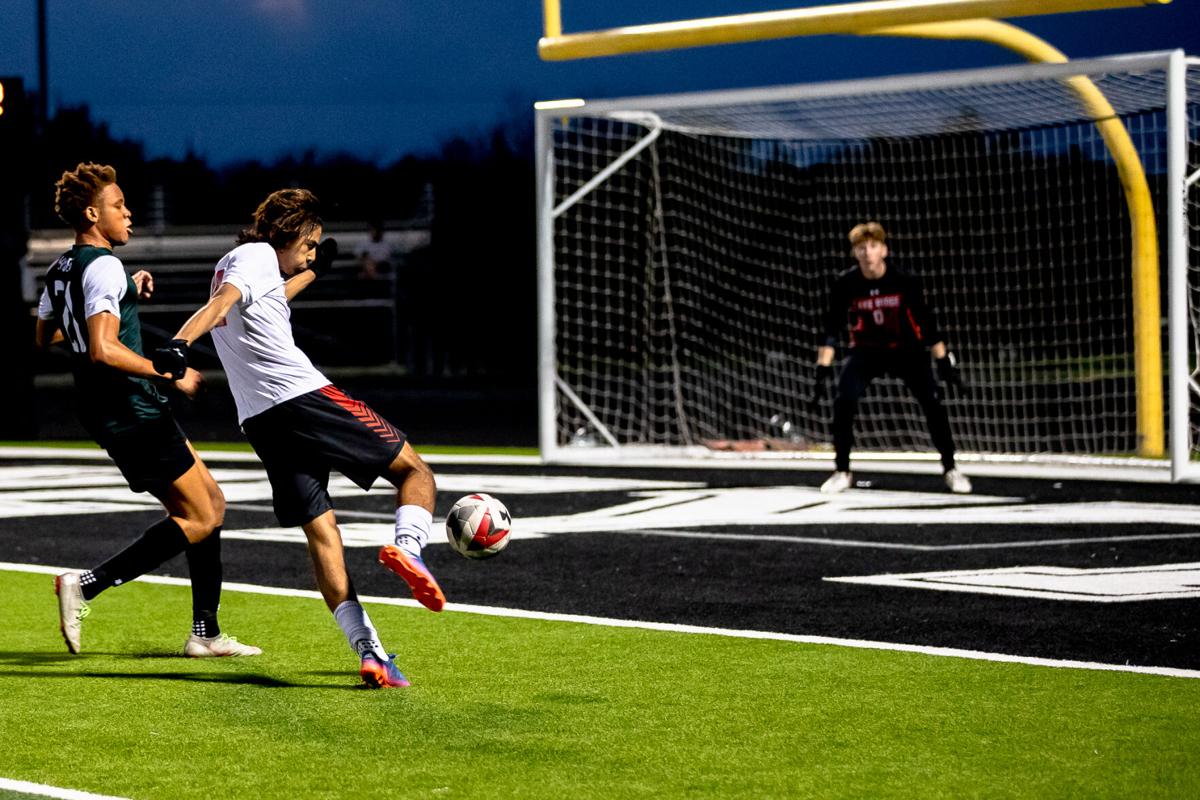 Tyler Legacy’s Noe Robles attempts a shot on goal in the second half of his team’s game against Lake Ridge at City Bank Stadium in Forney. 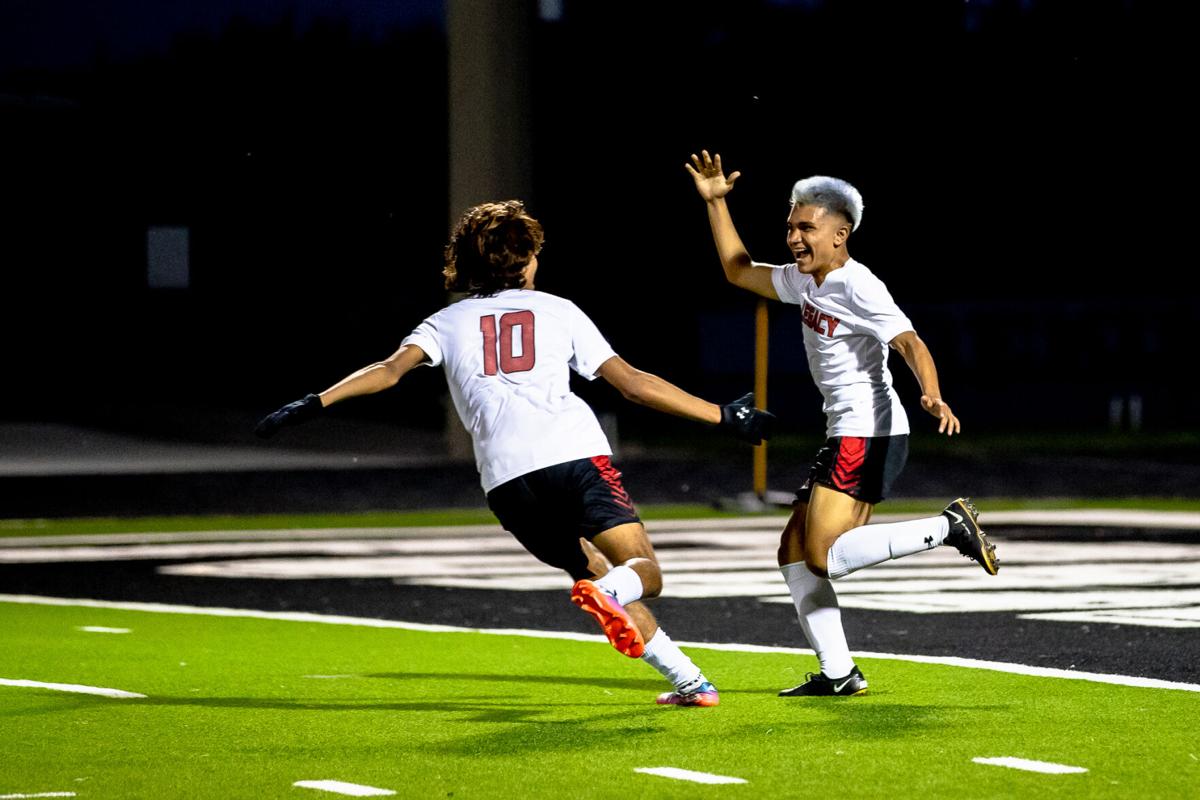 Tyler Legacy #13 Jorge Sanchez celebrates with #10 Noe Robles after tying up the match 1-1 against Lake Ridge in the second half at City Bank Stadium in Forney, TX (Michel Alfaro/ Tyler Morning Telegraph) 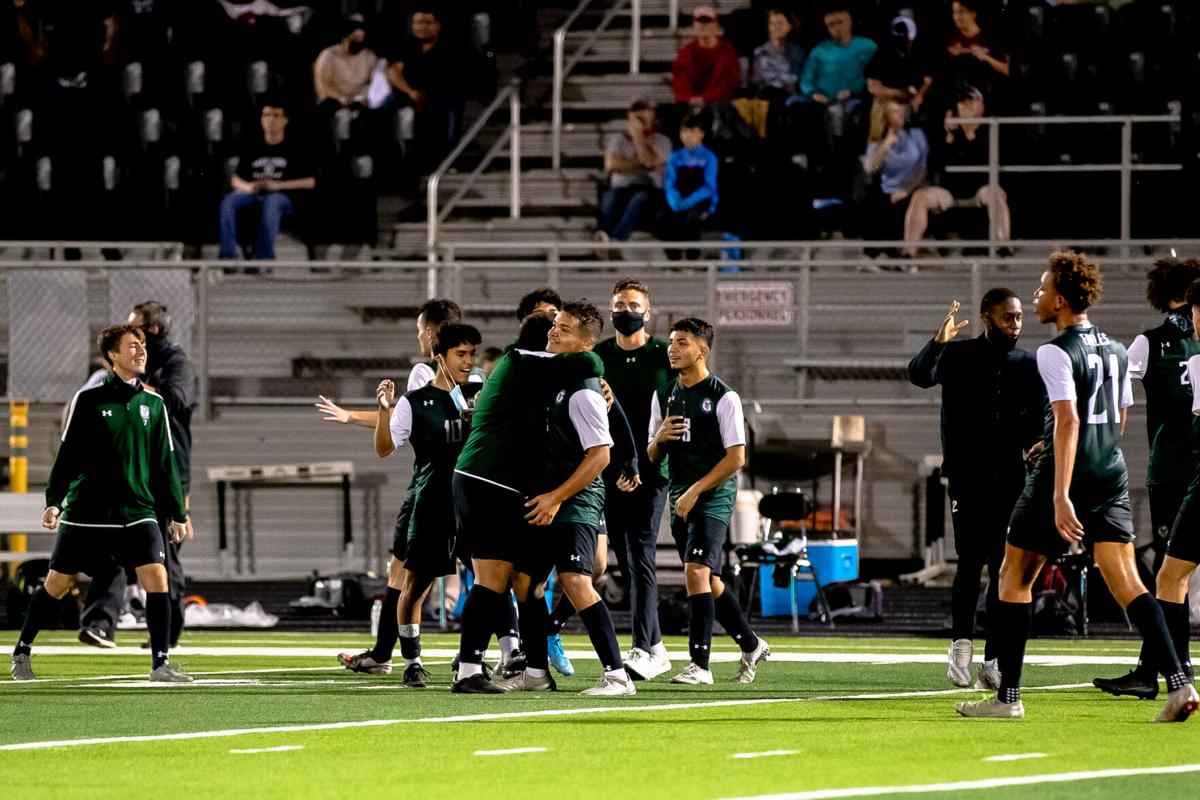 Tyler Legacy’s Noe Robles attempts a shot on goal in the second half of his team’s game against Lake Ridge at City Bank Stadium in Forney.

Tyler Legacy #13 Jorge Sanchez celebrates with #10 Noe Robles after tying up the match 1-1 against Lake Ridge in the second half at City Bank Stadium in Forney, TX (Michel Alfaro/ Tyler Morning Telegraph)

FORNEY — Tyler Legacy’s soccer season came to an end with a 2-1 loss to Mansfield Lake Ridge in the area round of the playoffs Tuesday night at City Bank Stadium.

“This game doesn’t define us,” Legacy head coach Marty Germany said. “It doesn’t define the year we had. We played a good team. I thought they had a soft call at the beginning, but if we would’ve done a couple of things better and cleaned up some things, we might’ve come out on top. It didn’t work out today.”

Just 1:23 into the match, Mansfield Lake Ridge got its opportunity. Jax Turley got loose, and Cash Spalding appeared to make a defensive stop for the Red Raiders. However, the officials ruled that Turley would get a penalty kick.

Turley cashed in for his 26th goal of the season to give the Eagles a 1-0 lead.

Lake Ridge had several opportunities in the first half, but sophomore goalkeeper Nicholas Alfaro made six saves for the Red Raiders.

Alfaro, who was recently on the junior varsity, was forced to sub in during Friday’s bi-district win over Garland following Tristan Whelchel’s red card. Whelchel was not available Tuesday as a result.

Legacy’s Noe Robles, who scored 26 goals this season, delivered a shot that just went over the crossbar with 28:31 left in the half. Chris Perez got a chance with 14:34 on the clock, but his shot went just to the right of the goal.

The first ball that Lake Ridge goalkeeper Sam Bair had to save came with 8:54 left.

The Red Raiders put pressure on the Eagles during the later part of the first half, but the Eagles went into halftime with a 1-0 advantage.

Legacy tied the match in the second half with 33:35 remaining as Jorge Sanchez got free from the defense and put the ball past Bair for the equalizer.

But just more than a minute later, Lake Ridge had the answer. Micah Baucom scored on an assist from Mason Reid with 32:03 on the clock to put the Eagles back in front, 2-1.

“You kind of get down for a little bit,” Germany said. “But part of it is we’ve had so many games where we’ve came back, I don’t think it phases them anymore. We gave up an early goal, but we knew we would get one back. We fought and we fought, and we got one back early in the second half. A few minutes later, we had some marking issues, and we let a ball get behind us and they capitalized on it.”

“It’s been a great season,” Germany said. “We’re very young. I looked out there today, and there were three freshmen and four or five sophomores on the field. There’s a lot of good things in the future.

“I’m very proud of the seniors we had — Tristan Whelchel, Travis Vordenbauman, Angel Barrera, Jonathan Castro and Junior Avelar. They put a lot into the last four years. I always think that they deserved more, and unfortunately, we couldn’t deliver it today.”