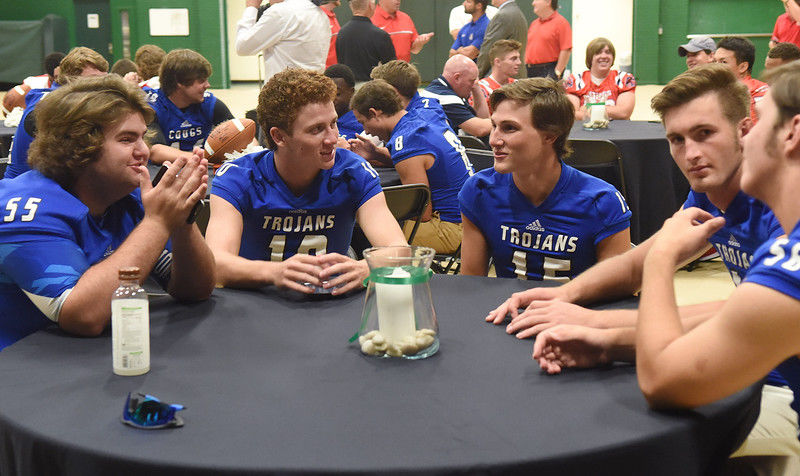 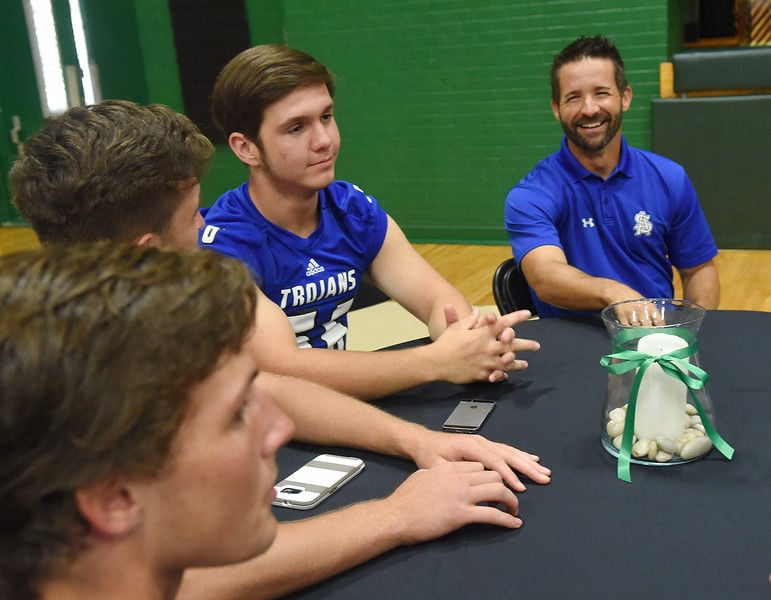 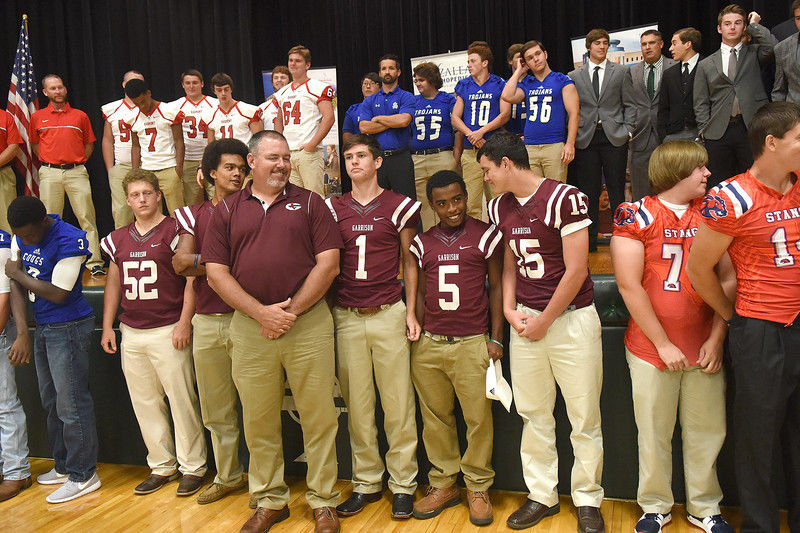 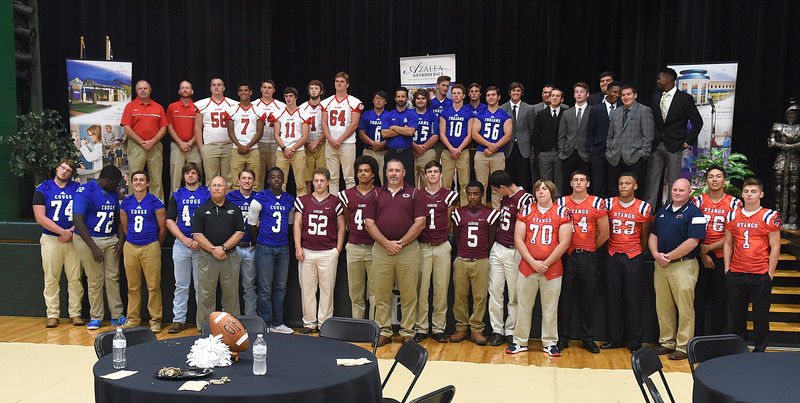 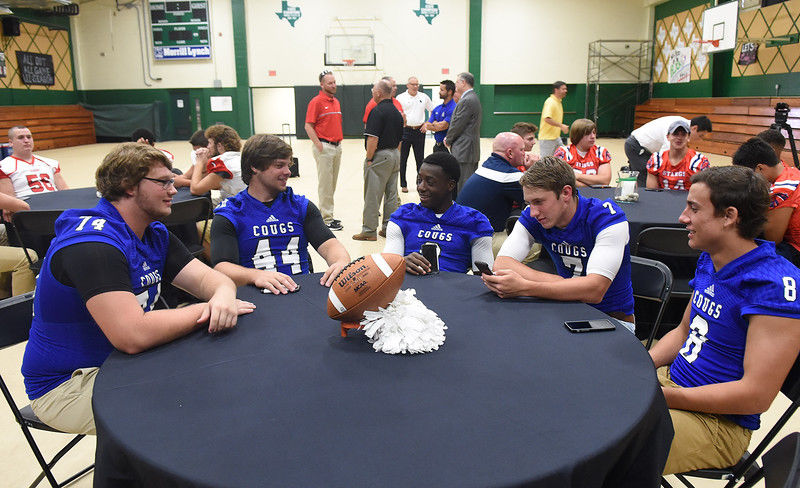 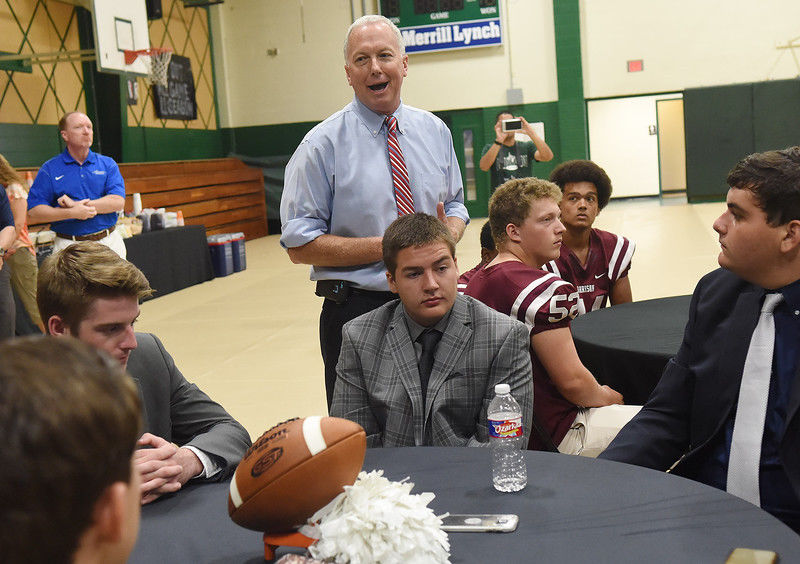 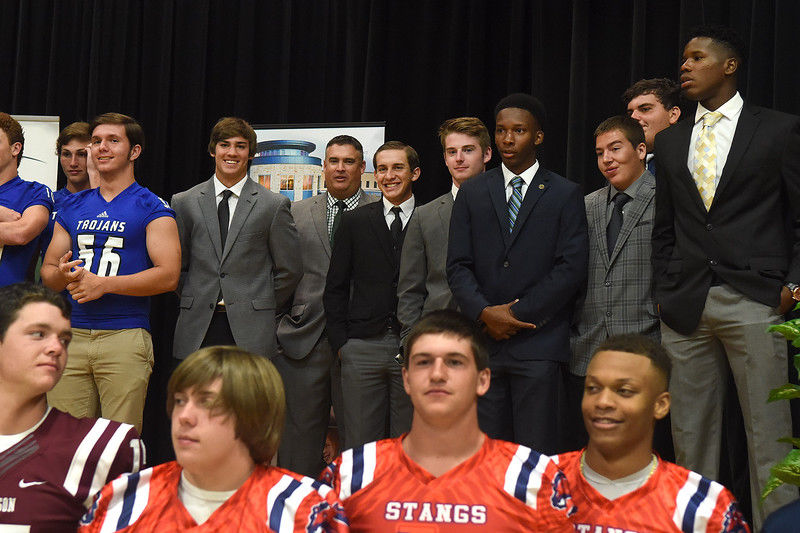 Coby Gipson has been a part of the Tyler Football Classic in many phases, having been an assistant coach at Grace Community and now serving as head coach at Bishop Gorman.

For the first time this year, he'll be the head coach of the host school.

The Crusaders' McCallum Stadium will host the 11th annual Tyler Football Classic to kick off the 2016 season and on Wednesday players and coaches from the six schools involved gathered at Gorman's Haddad Gym for a media luncheon.

The 2016 classic, sponsored by Azalea Orthopedics and Texas Spine and Joint Hospital, begins Thursday, Aug. 25, with All Saints against Harmony. Grace Community takes on Waxahachie Life on Friday before host Gorman faces Garrison on Saturday.

All three games kick off at 7 p.m.

"We're very excited to be hosting," Gipson said Wednesday. "I've been at two of the three schools during the classic and I just think it's awesome the commitment to the Tyler area and how fun it'll be to have three straight games on three straight nights."

The first game of the classic pits a Harmony squad coming off a 7-5 campaign against All Saints, which went 2-8 a year ago.

"I think they're going to rise to the challenge," Trojans first-year coach Drew Starnes said.

Starnes will compete in his first Tyler Football Classic and said he's ready to get the season started right now.

While Starnes is new to the classic, which began in 2006, Grace coach Mike Maddox still remembers the first one.

"We played Cayuga and just the excitement that it stirs in the town and the other teams that it brings in, it just is a good blend of other public schools with the private schools," Maddox said.

The Cougars went 10-2 last year, setting a school record for wins. In the Friday game they'll face Class 4A Waxahachie Life, which has gone 15-6 the last two years.

"It's going to be a great, great challenge for the first game," Maddox said.

The final game of the classic is between Gorman, which has racked up 18 wins the last two years, and Garrison, a perennial playoff team with four 10-wins seasons in the last seven years.

The Saturday game will also be Military Appreciation Night at McCallum Stadium. Gipson said there will be a special game-ball entrance fans won't want to miss.

"It just helps our players remember that somebody sacrificed for them to have the opportunity they have," Gipson said. "This is football, it's a game and we love this game but there are people out there putting their lives on the line every day for us and we appreciate that."

Tickets for the games are $7 for adults and $5 for children 12 and under and will be available for purchase at the gate.

All Saints hosted the last two classics at Mewbourne Field while the two prior were held at Grace's Clyde-Perkins Stadium.

With the six-year rotation now at Gorman for the 2016 and '17 seasons, the Crusaders are ready for their turn as host.

"I think we have a great partnership with Grace and All Saints as far as rotating every two years and both those schools have been wonderful hosts," Gipson said. "I just think it's really special the work that all three schools are willing to put in to have this for East Texas."