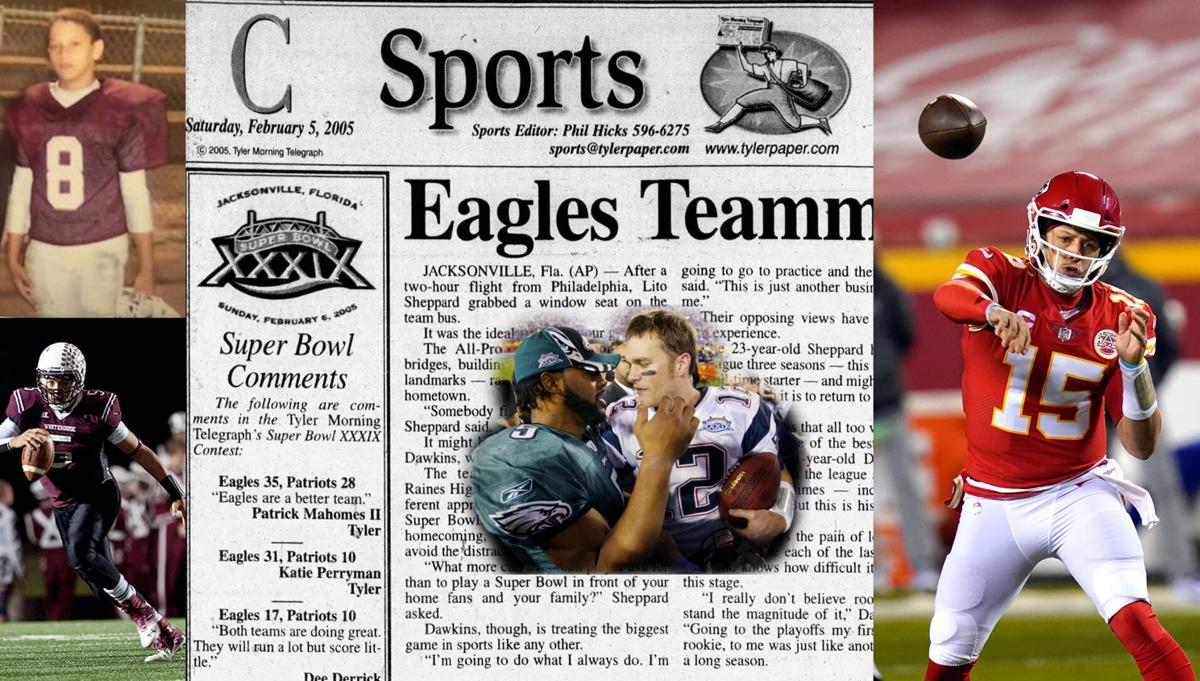 Patrick Mahomes II, above left, around the same age he made the prediction that Andy Reid’s Philadelphia Eagles would beat Tom Brady and the New England Patriots in Super Bowl XXXIX 15 years ago. 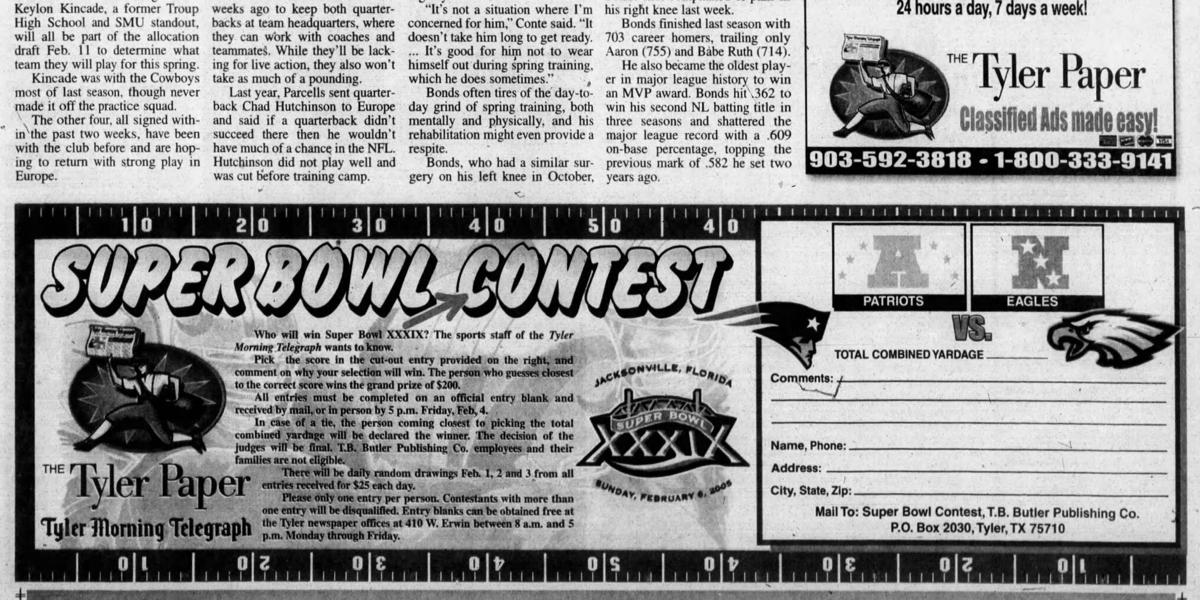 Pictured is an ad from a 2005 edition of the Tyler Morning Telegraph of a Super Bowl contest. 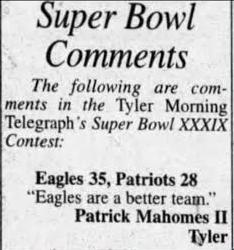 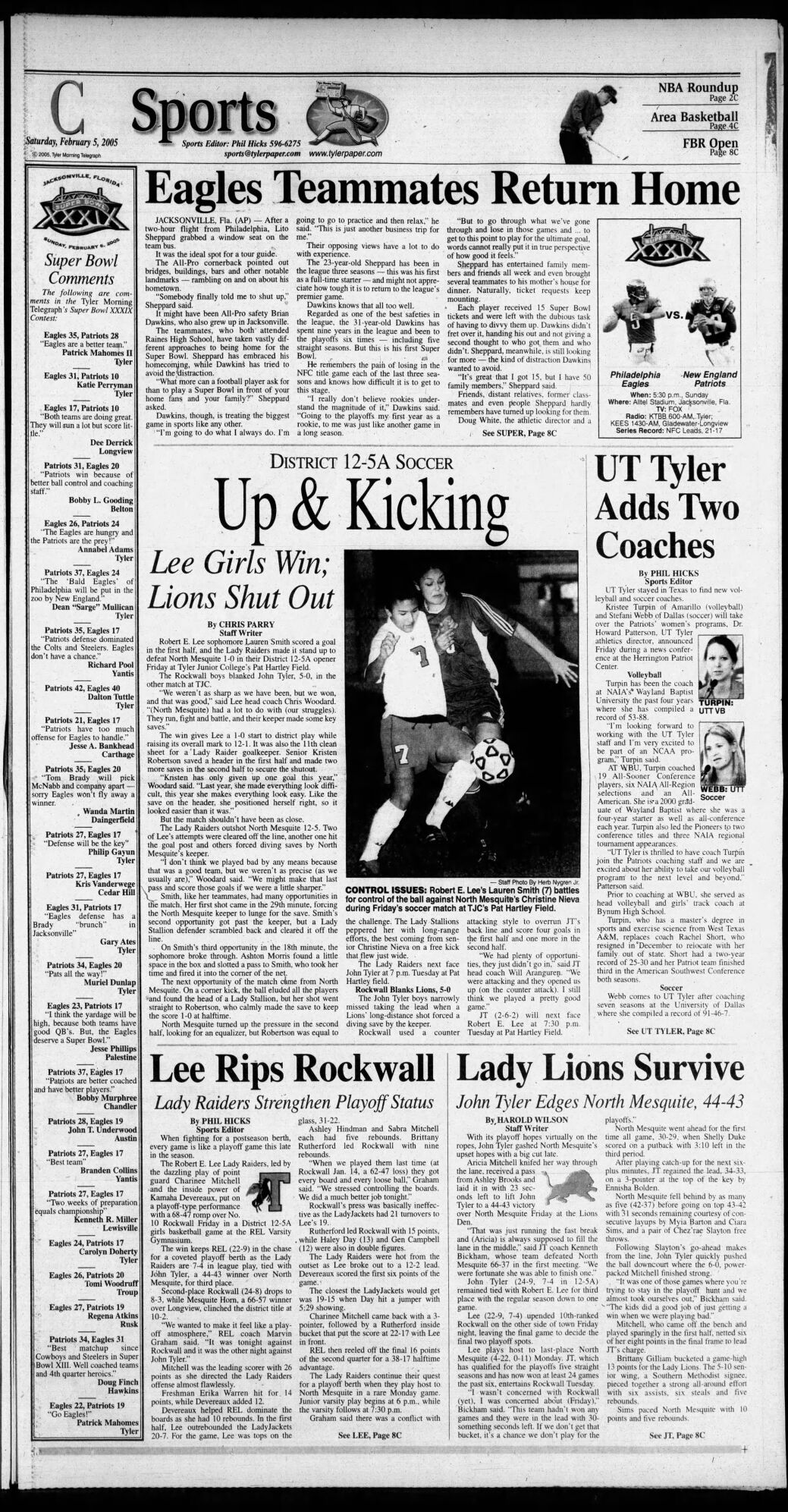 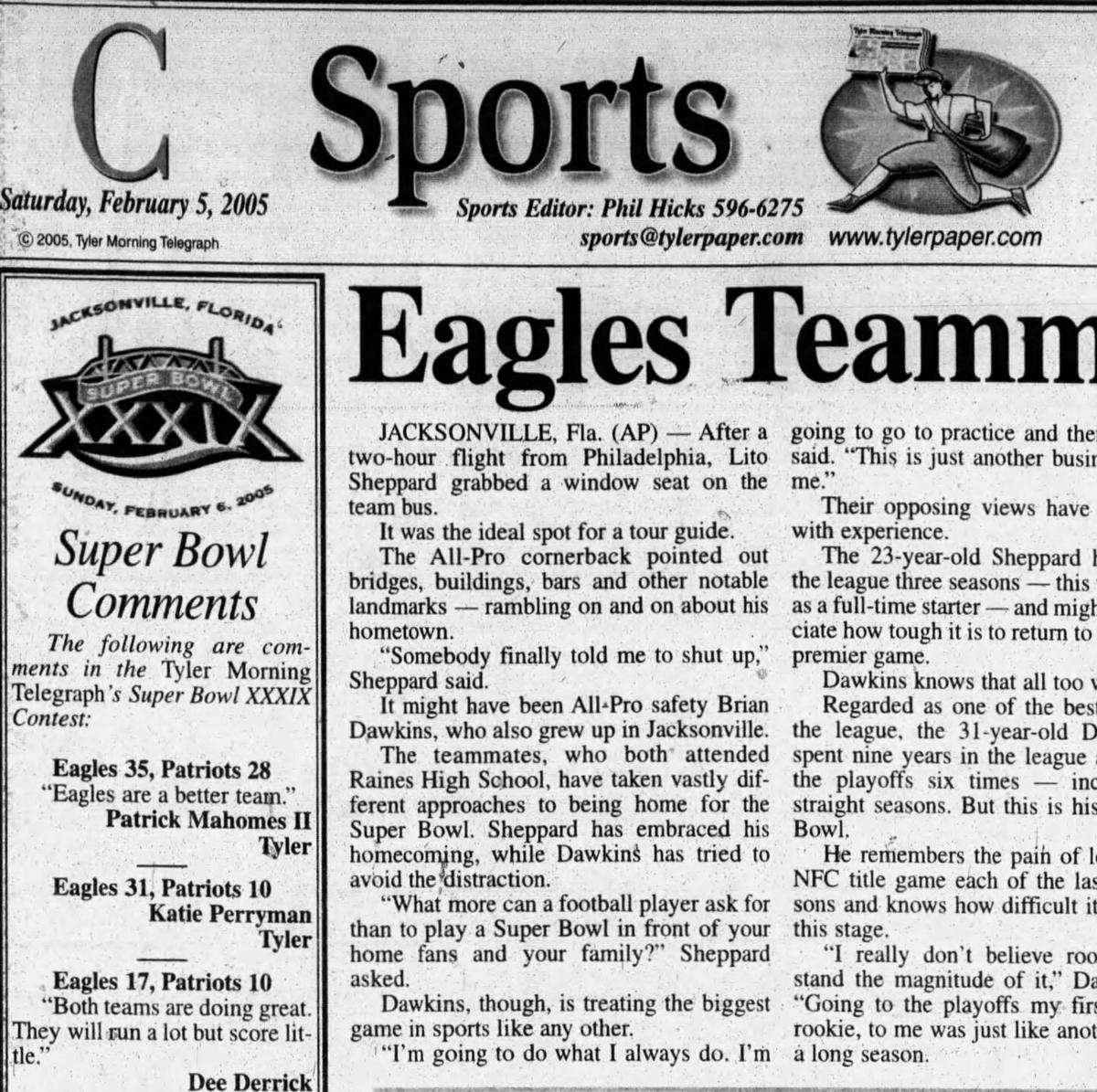 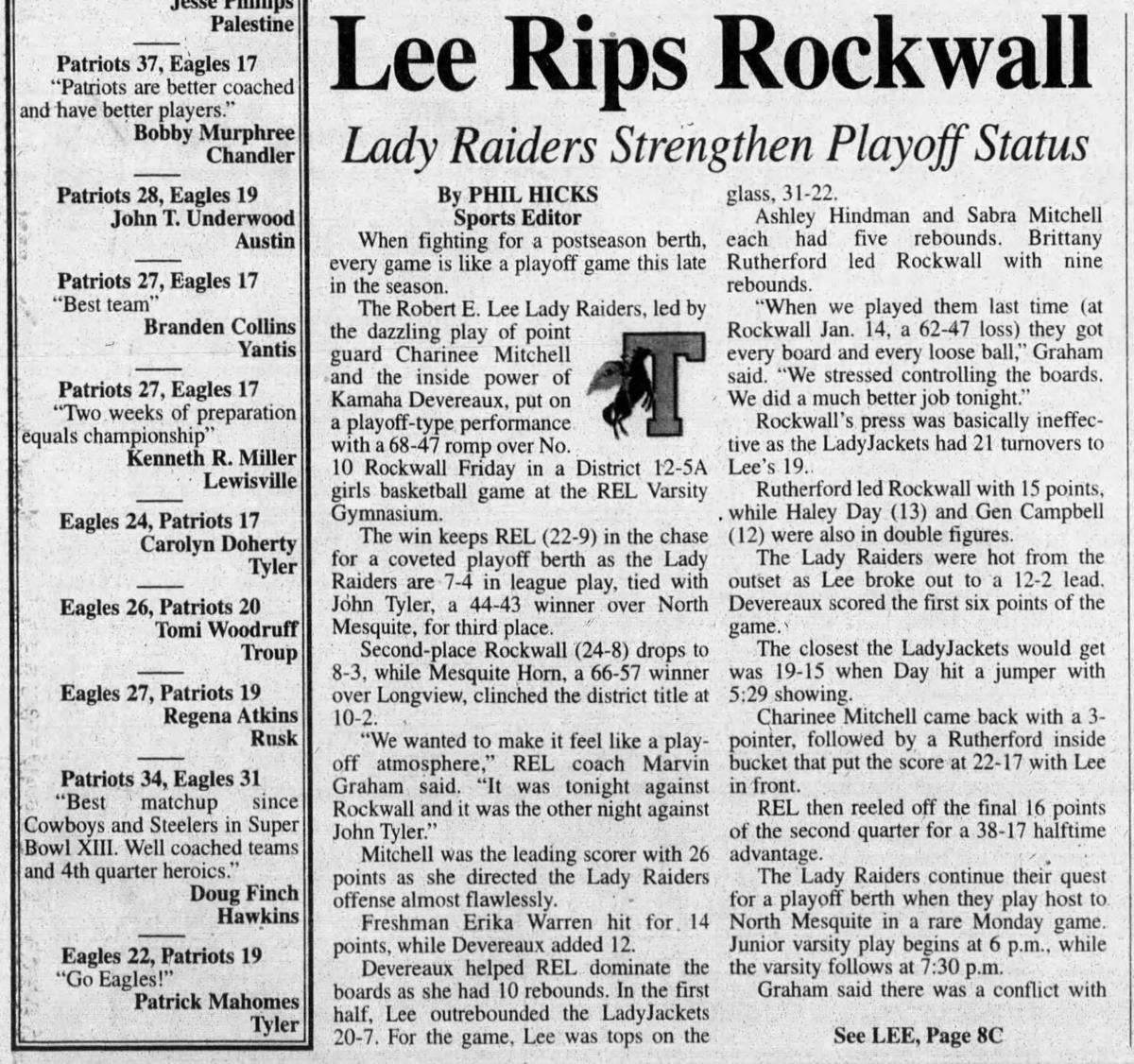 Patrick Mahomes II, above left, around the same age he made the prediction that Andy Reid’s Philadelphia Eagles would beat Tom Brady and the New England Patriots in Super Bowl XXXIX 15 years ago.

Pictured is an ad from a 2005 edition of the Tyler Morning Telegraph of a Super Bowl contest.

It’s been fun watching East Texas athletes for the past 40 years or so.

When I first spoke to Pat and Randi Mahomes’ son, Patrick, at Golden Road Park after a Little League game, one could sense something special. Even though he was young in years, he was lightyears ahead in composure.

It is a joy to watch Mahomes lead the Kansas City Chiefs. He beats the opponents as much with his head as his arm and legs.

The matchup in Super Bowl LV between Mahomes’ Chiefs and Brady’s Buccaneers should be ratings gold for CBS.

But looking back a few years, Brady may use something else for incentive.

For about 52 years, the Tyler Morning Telegraph had Super Bowl contests where we printed predictions and comments.

Back in 2005, when Mahomes was some 9 years old, he picked against Brady and the New England Patriots in Super Bowl XXXIX.

The youngster, who now has the richest contract is sports, was shooting for the $200 first-place prize.

So 16 years ago, he was banking on his current head coach of the Chiefs, Andy Reid, to lead the Philadelphia Eagles over the Tom Brady-quarterbacked Patriots, 35-28 to win the grand prize.

The future Whitehouse High School and Texas Tech star, as well as NFL and Super Bowl MVP, said on his hand-written prediction turned in to entry box, “Eagles are a better team.”

His father, Big Pat, made a prediction as well on the same page. The former MLB pitcher and an all-state football, basketball and baseball star at Lindale High School, picked the Eagles as well, 22-19. He said “Go Eagles.”

Patrick, the future superstar, was a little off on the prediction, but not far. Brady and the Patriots defeated the Eagles, 24-21, on Feb. 6, 2005, at Alltel Stadium in Jacksonville, Florida.

The game was tied 14-14 going into the fourth quarter. Brady moved the Patriots to a 24-14 lead with Corey Dillon’s two-yard TD run and Adam Vinatieri’s 22-yard field goal.

Donovan McNabb hit Greg Lewis for a 30-yard TD reception with 1:48 remaining, but the Eagles and Reid could not rally.

Four turnovers hurt the Eagles or Mahomes’ pick may have been true. Patriots wide receiver Deion Branch was MVP with 11 catches for 133 yards.

Now 15 years later, Mahomes, in his second Super Bowl, will try to hand Brady a loss in his 10th Super Bowl appearance and go 2-0. This time the big game, Super Bowl LV, is about 200 miles southeast of Jacksonville in Tampa, Florida, on Feb. 7.

We will be watching the future of the NFL against the GOAT.

With two Super Bowl appearances in three years as starter for the Chiefs, Mahomes may take over that GOAT title down the road, even if his prediction was wrong as a youngster.

Phil Hicks is the sports editor of the Tyler Morning Telegraph. He can be reached phicks@tylerpaper.com.