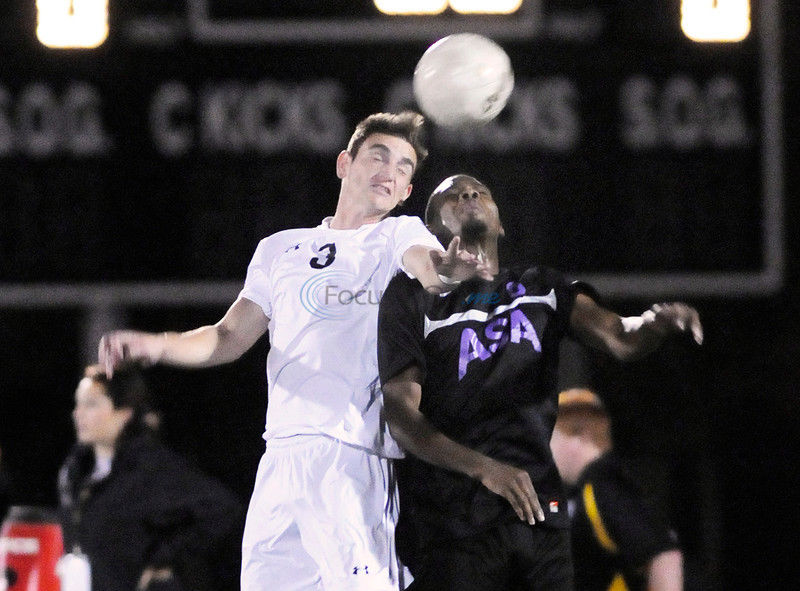 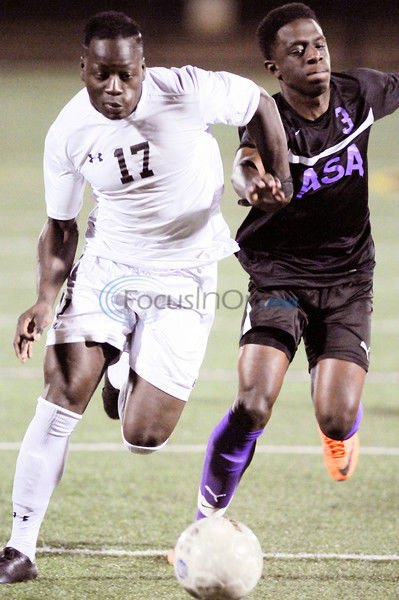 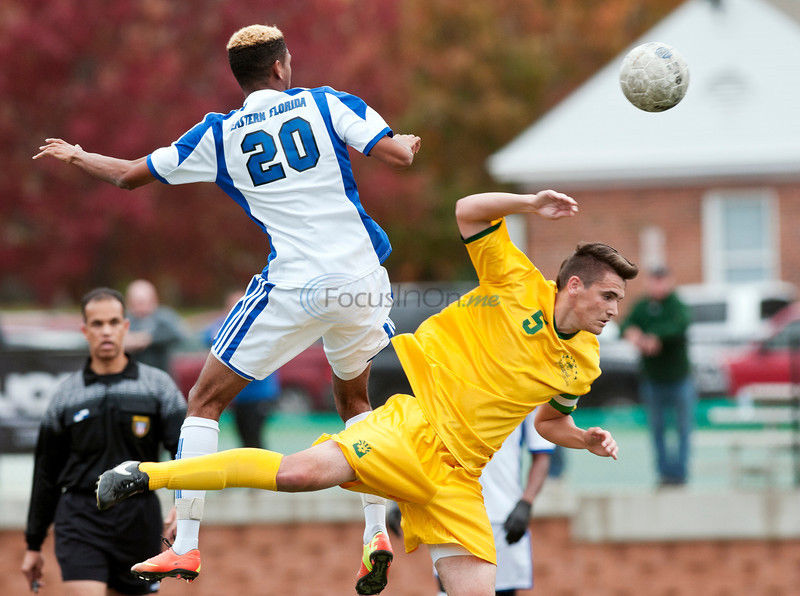 Tyler Junior College started fast and now the Apaches are in the Final Four.

Rayon Gibbs scored 55 seconds into the game to help No. 2 TJC defeat ASA College (N.Y.) 2-0 in the final game of pool play on Wednesday in the NJCAA Division I Men's National Soccer Tournament at Pat Hartley Field.

The semifinal winners will meet in the NJCAA championship match at 6 p.m. Saturday.

The Apaches have won three of the last four national championships under coach Steve Clements.

With semifinal spots on the line Wednesday, Iowa Western scored a 7-0 victory over Lewis & Clark (Ill.) while San Jacinto blanked Cincinnati State 3-0. For the second straight match, the Roughriders of Yavapai tied before winning on penalty kicks. Yavapai knotted Eastern Florida 3-3 and won on PKs 4-2.

In the final of the 12 pool play matches, the Apaches needed a win or a tie to advance.

Before a packed house at Pat Hartley, the Apaches came through.

ASA had several scoring chances in the first half, including a missed free kick in the 19th minute, but TJC maintained possession of the ball for most of the half.

TJC got off many shots that came close, including three that hit the crossbar and one that almost ricocheted past the goalkeeper, but none made it to the back of the net.

Coming out of halftime the intensity of the game turned up, with players on both sides getting more physical, including eight yellow cards between the two teams.

In the 60th minute, a member of the Apaches was injured and time was called. Nazeem Bartman, of Cape Town, South Africa, went up for a header and came down on his left shoulder, dislocating it in the process. Trainers were called in to put it back in place and Bartman cheered from the sidelines for the remainder of the match.

TJC fought back, sending even more shots on goal. In the 74th minute, Paye earned his second assist of the night, setting up Martin Agredo, a freshman from Houston, in front of the goal. Agredo finished and TJC had a 2-0.

With a semifinal spot on the line, Iowa Western came out firing and didn't quit.

Will Lukowski was in goal for 76 minutes for Iowa Western, while Tristan Cowles played 14 minutes. Each had a save.

San Jacinto broke out to a two-goal lead and cruised to a 3-0 victory over Cincinnati State and the Coyotes secured a semifinal spot.

Pablo Vasquez scored two goals in the first half and Jose "Sito" Seoane added the third in the second half. All were unassisted.

Michael Rich was in goal for the Coyotes, making seven saves.

Yavapai had leads of 1-0 and 3-1, but Eastern Florida would not quit.

Four minutes into the match, the Roughriders' Yabin Cruz scored off an assist from Kayd Marquez. The Titans tied the game at 1-1 as Arturo Roosen hit the net with an unassisted goal.

But a little over a minute later, Roosen scored again to bring Eastern Florida within 3-2. At 72 minutes, Romario Grant had the equalizer off an assist from Jordan Muir.

The Roughriders then won on penalty kicks, 4-2.

Bradley Trella (75 minutes, six saves) and McKay Owsley (15 minutes, three saves) were in goal for Yavapai, while Jorge Madera (seven saves) was in goal for the Titans.