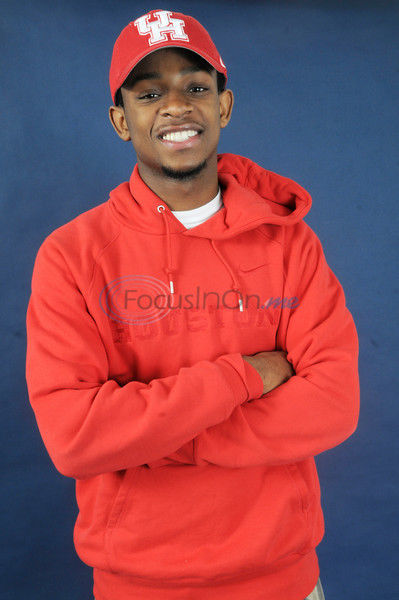 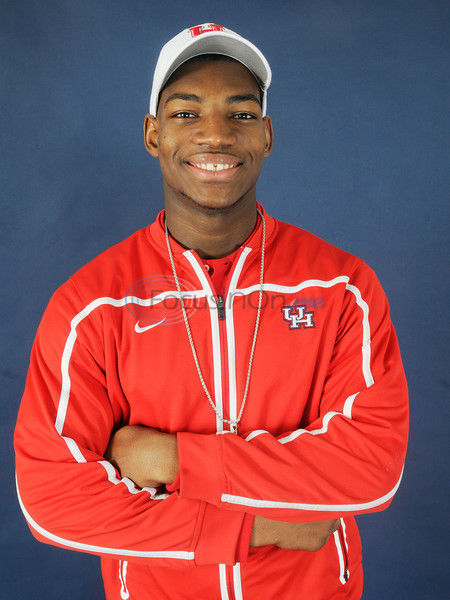 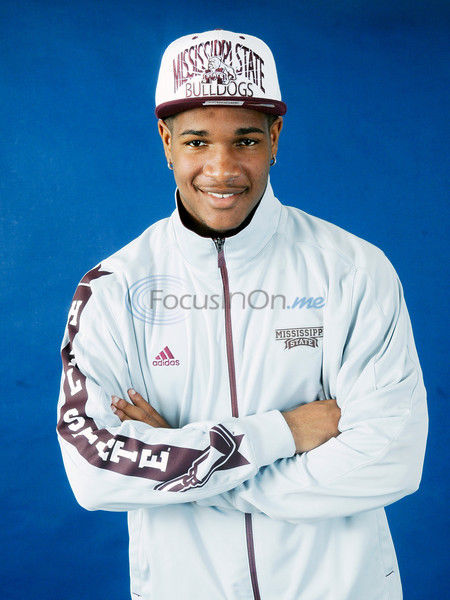 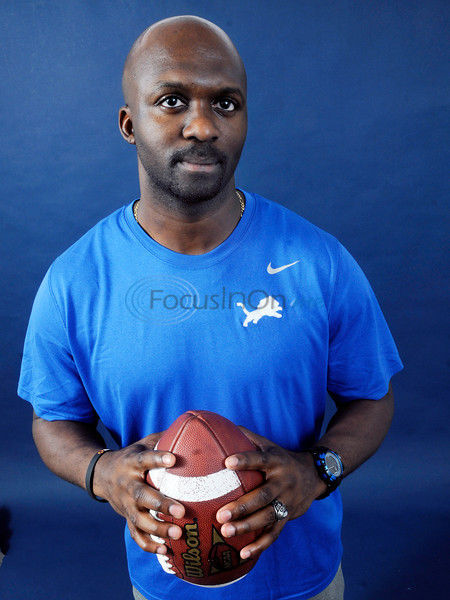 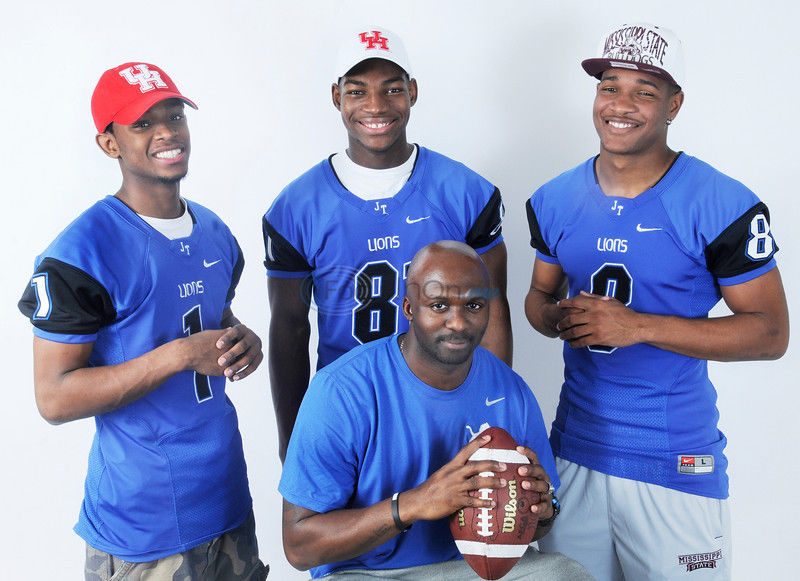 John Tyler fell short of its ultimate goal to win a state championship, but stood tall when it came to East Texas football.

The Lions laid claim to the top three superlatives and shared one of the others.

First-year coach Ricklan Holmes, who hired new new assistants and guided the tradition-rich program to its third most wins in school history, joins Gilmer's Jeff Traylor as Co-Coaches of the Year.

With the four leading the way, JT won 13 games and advanced to the Class 4A Division I state semifinals. The Lions lost 57-53 in a heartbreaker to eventual champion Denton Guyer.

"They're going to be hard to replace," Holmes said of the standout trio of Bowser, Ross and Ward. "Walking off that field after that Guyer game, seeing everything they've done and knowing they are special. ... wherever they go they're going to do special tings. That's the reason they are the MVPs."

"They're going to be hard to replace," Holmes said of the standout trio of Bowser, Ross and Ward. "Walking off that field after that Guyer game, seeing everything they've done and knowing they are special. ... wherever they go they're going to do special tings. That's the reason they are the MVPs."

As one-half of a dynamic duo most of his high school career, John Tyler All-American receiver Fred Ross finally caught enough balls and enough people's attention to stand out on his own.

Ross totaled 2,160 all-purpose yards with 25 touchdowns on 140 touches- scoring once every 5.6 times he held the ball, and averaging 15.4 yards per play. He averaged 18.6 yards per catch. Ross also cored 22 touchdowns receiving, three more rushing, averaged 18 yards on punt returns and even assisted in the secondary on occcasion.

"It feels good knowing all my hard work paid off," said Ross, who caught 208 passes for more than 3,200 yards and 37 scores at JT." But I know I have to keep working and grinding."

Ross ended the season as the area's lone PARADE All-American, and also held a spot on two noted recruited lists, Rivals250 and ESPN 300. Ross touched the ball 140 times and averaged more than 15 yards each time he handled the pigskin.

At 6-2, 200, Ross ran through coverages and defenses with a blend of agility, athleticism and footwork similar to the talent displayed on weekends.

"Fred brings speed, size and versatility," JT head coach Ricklan Holmes said. "Not only is he a great receiver, he's an athletic punt returner. He's sure-hadnded and he makes great decisions with his size and jumping ability. He's not just a deep threat, he can go across the middle and take the pounding. I think he's going to be an immedite impact at the next level."

The Lions wanted to leave as champions, but take solace in being able to make a long playoff run.

"We were just a play or two away from going to that state game and getting it all," Ross said. "Other than that it was a great year. We did a lot of great things as a team."

"It feels really good knowing that everyone in the community was behind us," Ross said. "The younger kids look up to us. That means a lot, being able to be that role model."

Ross faced stiff competition from his own team — Ward and Bowser — for the area's top honor. He considers both MVPs in their own right. Ward won the 16-4A MVP accolade, with Bowser winning 16-4A MVP on the defensive side

"Tyus is a heck of player and makes a lot of plays," Ross said. "And Greg is a big playmaker. He was the key to our offense. He made it go. It's (been) great being able to play with a quarterback like him."

Ross plans to catch up with his high school quarterback and Bowser at Houston as much as possible while playing in the SEC.

"Were going to always stay in touch," Ross said. "We've been friends a long time. We're going to keep that strong bond. I hope we all go off and do big things."

Tyus Bowser blazed a number of trails during John Tyler's journey to the state semifinals, but none more profound than those he made bursting into the backfield as a pass rusher.

Bowser posted 22 sacks and dropped 33 ball carriers for losses on the way to becoming the All-East Texas Defensive Player of the Year.

"I had the mentality that I had to go do it for my teammates," Bowser said. "Coach (Ricklan Holmes) always says even though you make mistakes, if you make them going full speed it will work out well."

Bowser notched five sacks against Whitehouse and tackled the quarterback seven times in an area round win over Wylie. The 6-3, 215-pounder with a chiseled frame scored four different ways during a memorable season: rushing, passing, receiving and on defense (fumble recovery). Bowser even handled deep snapping duties and used his 4.5-second sped to average more than 18 yards on kickoff returns.

Few schools get talents of one Bowser, also a standout basketball player who will be given the chance to play both at Houston. JT had the luxury of playing with three players with MVPs on their resumes, including All-ET Most Valuable Player Fred Ross and Offensive MVP Greg Ward.

"It's been great," Bowser said of playing on a team that saw 13 players sign with colleges on National Signing Day earlier in the week. "These guys put their hearts into everything they do. They like to have fun and win and do anything to help their teammates."

Bowser describes himself, not as a defensive or offensive player, or basketball athlete, but just a competitor.

"I'm just an overall athlete that's been gifted to play more than one sport," Bowser said. "It's helped having support from teammates and coaches to push me to go hardest in practice and at games; and just having love from my family and really just the entire community."

The rare versatility of Bowser gives him multiple options — as a defensive end, outside linebacker, receiver, and a swingman on the basketball court, where he ranks on the short list of top players in East Texas.

"You're talking about a guy who plays several positions on a football field," Holmes said. "He's proven himself on both sides (offense and defense) and both venues (football and basketball). He just had to have somebody like Houston that was going to give him the opportunity to do it. They understand the type of athlete they're getting."

John Tyler quarterback Greg Ward passed the test of time, following up on his stellar junior campaign with an even better senior year to claim All-East Texas Offensive Most Valuable Player distinction.

Over the course of his three-year varsity career, Ward posted an astounding 10,744 yards of total offense and 112 touchdowns while playing quarterback and receiver.

"Having guys like Fred (Ross), Justice (Liggins), Darion (Flowers), Tyus (Bowser),"said Ward, "all these guys made the game easier for me. "

Ward worked tirelessly not just on Friday nights, but all the other days to become an electrifying talent. An ankle injury slowed down his rushing totals, although his pin-point passing proved a marvel. Ward went the entire regular season minus an interception, something he credits to overtime.

He rushed for more than 150 yards and passed for over 300 to help JT clinch the district title. In his final game wearing the Cujo blue and white, Ward totaled 660 yards of offense against Guyer, that despite playing most of the year on a gimpy ankle.

"It was from working harder in practice and afterward putting in more work and fighting through adversity with my injuries," Ward said. "It was getting the guys out there running routes after practice, doing extra stuff, working with their feet. Whatever it took to get better, that's what we did."

With Ward running the show, JT averaged 42 points and 446 yards per game. The Lions lost their lone two games in heartbreaking fashion to state finalist Lancaster (26-21) after reaching the 1-yard line and a title-winner in Guyer (57-53) after erasing a 19-point deficit with six minutes left before giving up a late TD.

In his own way, Ward still considers JT the best in his book after three storybook seasons.

"Im just going to talk about the teammates and coaching staff," Ward said of his future conversations in college, where the 6-0, 170-pounder plans to continue playing quarterback for the Cougars. "There was no one better. It was amazing how we all bonded together."

Ricklan Holmes, Co-Coach of the Year

Ricklan Holmes jumped into his position as John Tyler head football coach head first, and made an immediate splash.

With JT coming off trips to the state quarterfinals (2010, 2011) and state semifinals (2012), Holmes never feared getting in deep water by setting the bar at the state championship level, despite getting the job just before the 2012 school year ended, and having to hire nine new coaches.

After leading JT to the state semifinals in his first year at the helm, Holmes splits the All-East Texas Co-Coach of the Year title with Gilmer's Jeff Traylor.

"My job (was) to come in and continue to do things like they'd been going," said Holmes, a 1998 JT graduate. "To not come in with those expectations, that would have been robbing the kids. I brought in some great guys that understood what we needed to do to get it done."

Holmes inherited talent - 17 players with starting experience - but not automatic chemistry considering the turnover with the coaching staff.

"It was about making sure you keep them humble," Holmes said. "Even with the God-given talent they do have, they have to work."

JT failed to get the rings Holmes spoke about from the season's onset, but felt a sense of accomplishment getting as far as it did. "I'm going to look at it as getting it done," Holmes said when gauging the season. "It took a lot of hours, hard work and dedication, guys coming together for a common goal. Yea, we came up short, but we had great accomplishments over the season. We're going to get back to that stage and pass it."

JT came 11 points from setting the school scoring record while the defense shaved nine points off its previous average and forced 44 turnovers.

The Lions lose a talented senior class for next year, but not the lofty goals commonplace for a program with 48 wins over the previous four seasons, including 14 in the playoffs. The recent past explains why.

JT advanced the Class 5A state quarterfinals in 2009. After losing the state's most valuable player, quarterback Jeremy Johnson who is now a standout receiver at SMU, the Lions reached the same round in 2010 in Class 4A. After graduating an All-American defensive back in Chris Hackett, now at TCU, JT ventured even further in 2011, getting to the state semifinals.

And after losing the coach of the previous three years, JT won two more games in 2012 than the previous edition.

"We're always going to have guys come through that are going to be similar to those guys," Holmes said." Hard work is going to determine whether they're going to be able to do better."

In other words, a different cast for 2013, but the same plot. "We're not going to start over," said Holmes. "You rebuild stuff that's broken. John Tyler's never going to be broken. You just have to find different people to do the same job. We're going again for the 16th game, not the 15th."