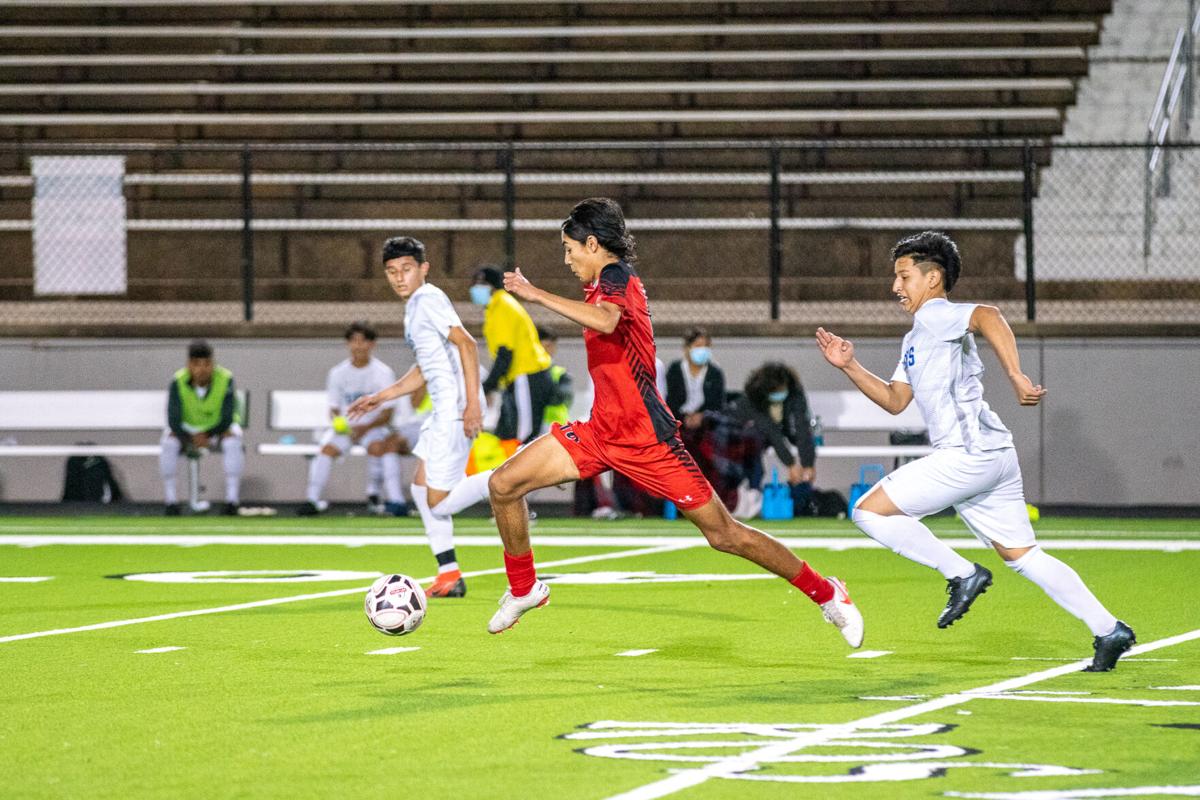 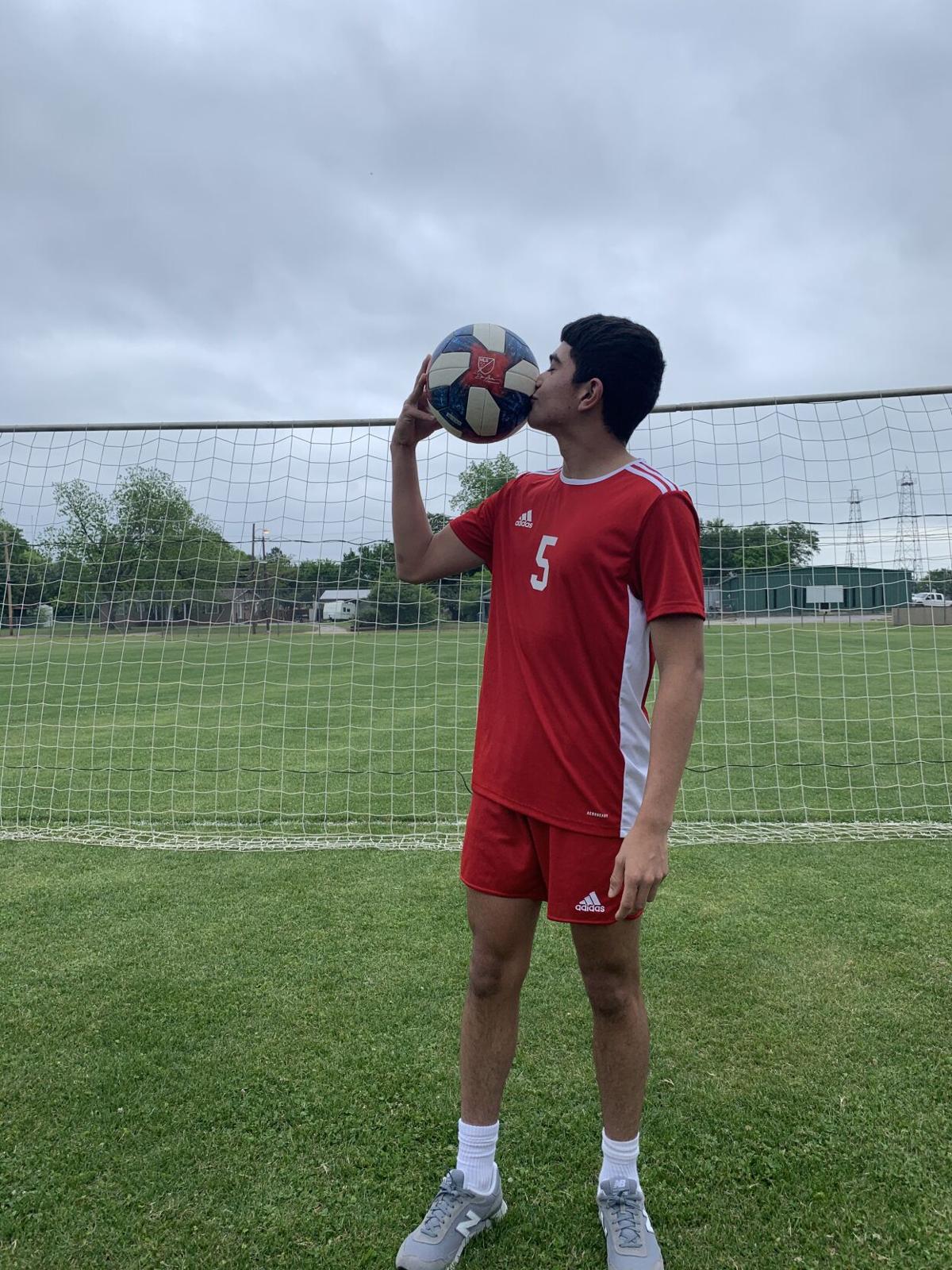 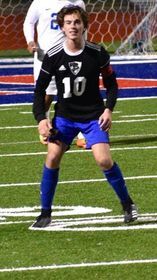 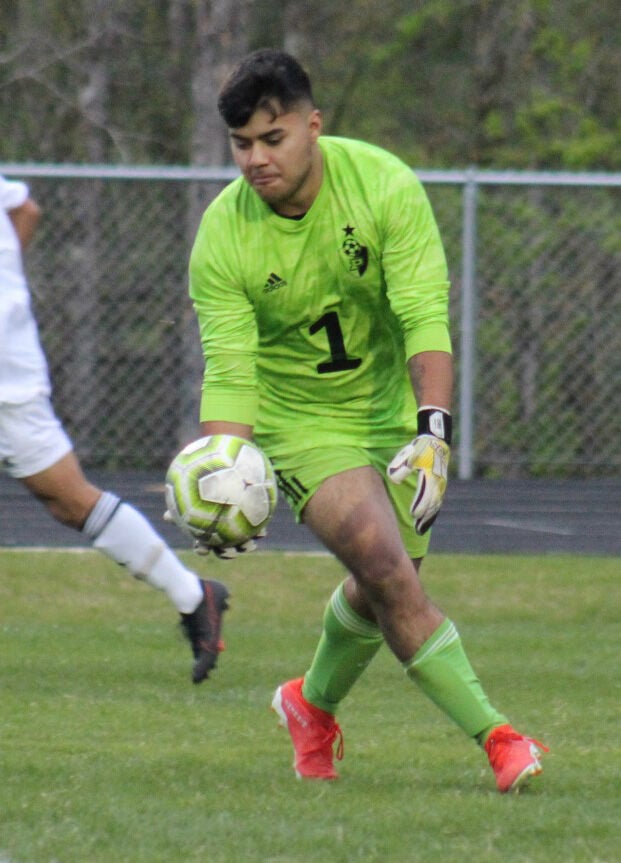 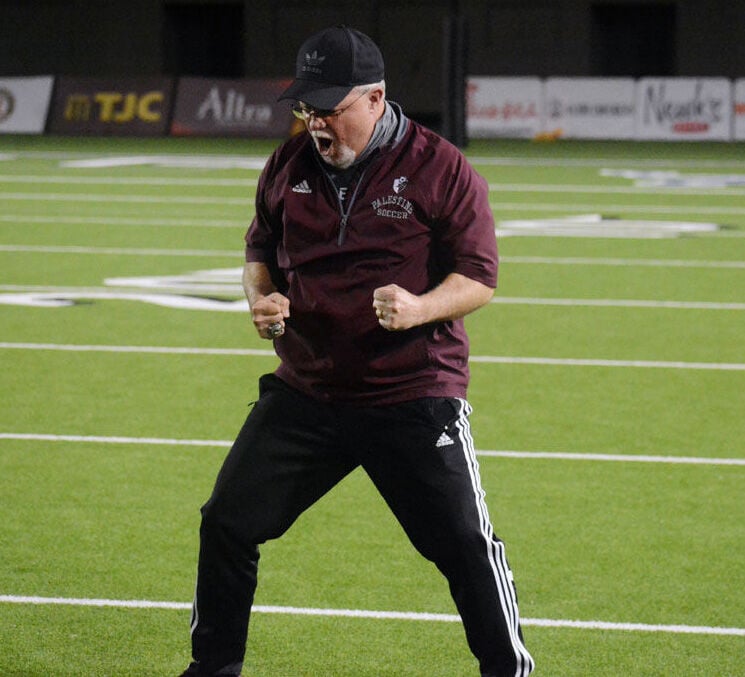 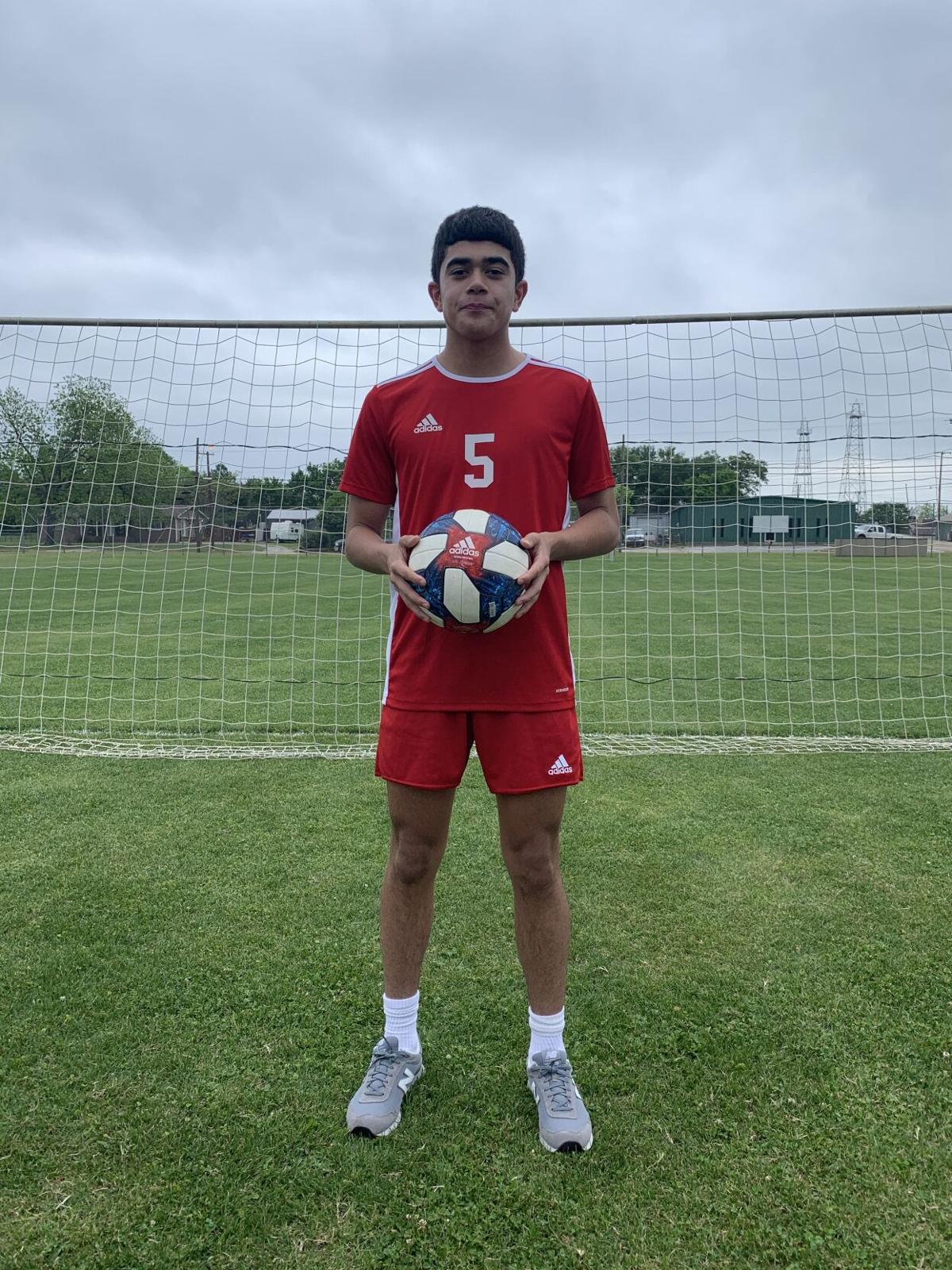 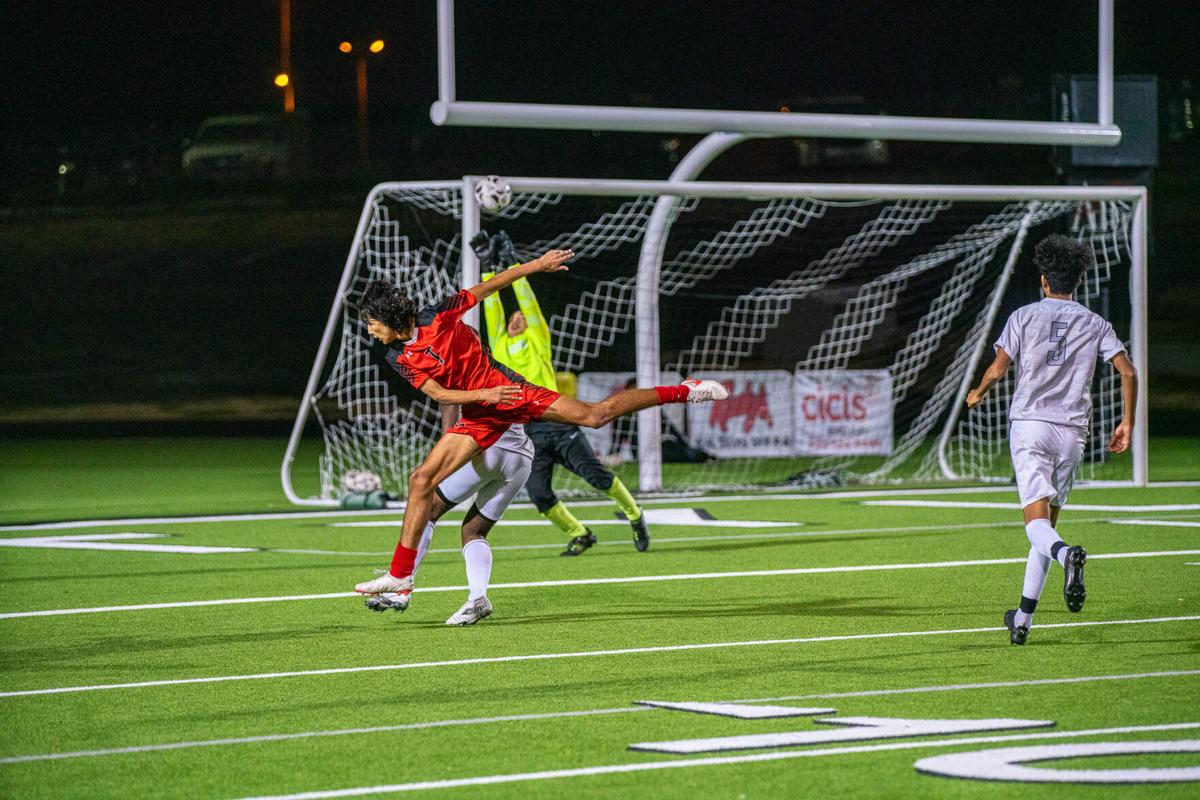 Tyler Legacy’s Noe Robles (10) attempts a shot only to be blocked by Tyler High goalkeeper Paulino Ruiz during the first half in Tueday’s soccer game against Tyler High at Christus Trinity Mother Frances Rose Stadium. 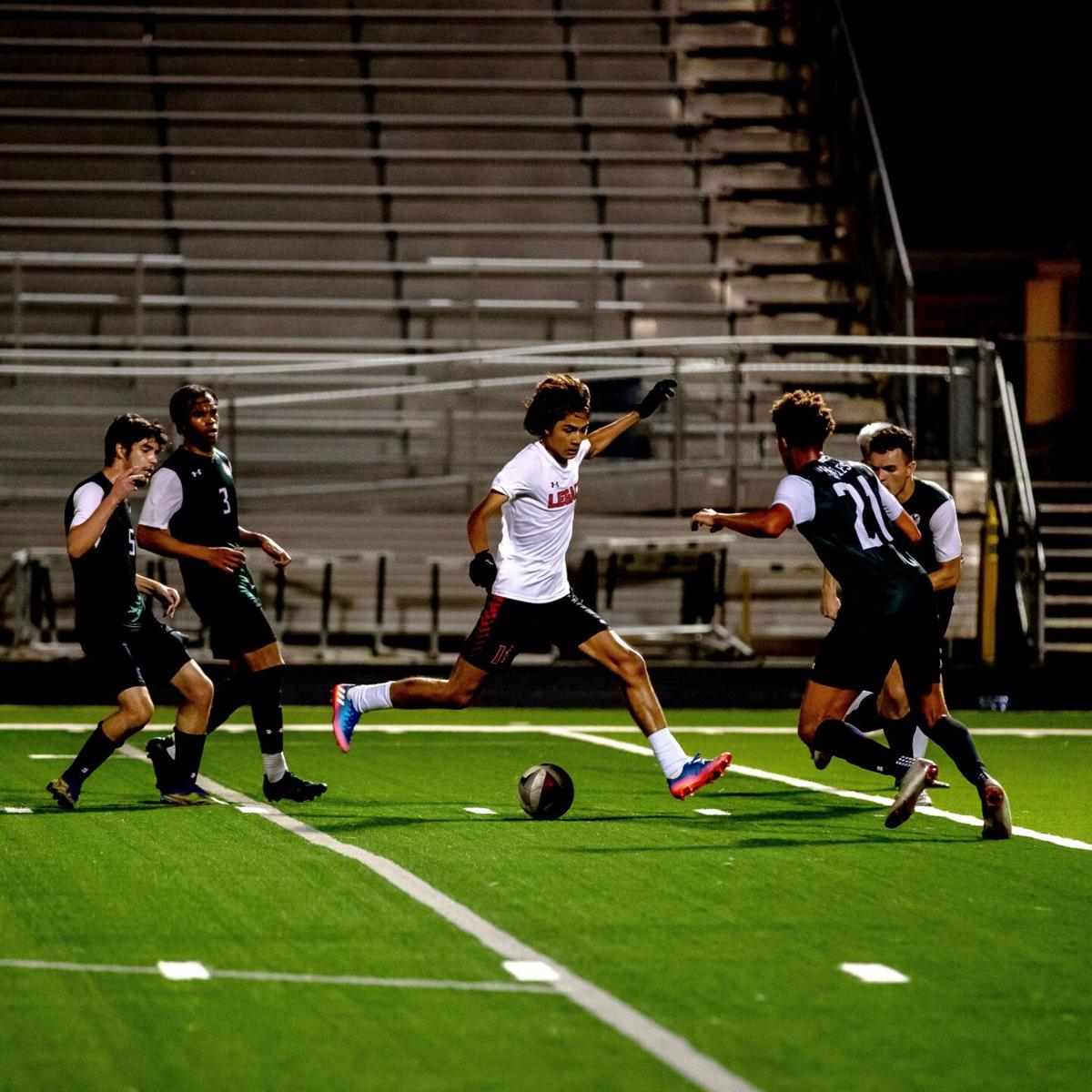 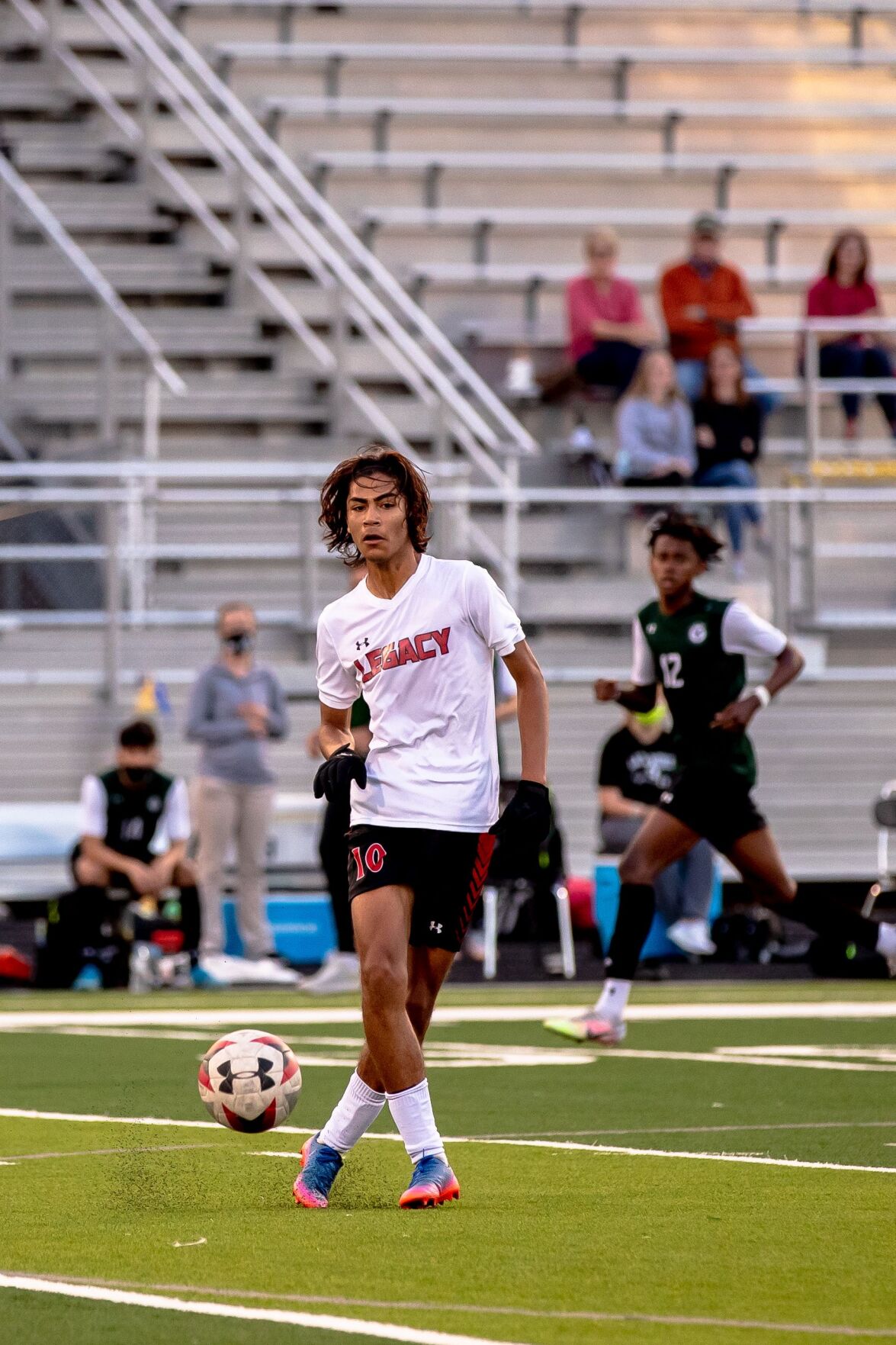 Tyler Legacy’s Noe Robles (10) attempts a shot only to be blocked by Tyler High goalkeeper Paulino Ruiz during the first half in Tueday’s soccer game against Tyler High at Christus Trinity Mother Frances Rose Stadium.

Young talent on the pitch was aplenty in East Texas during the 2021 soccer season.

Noe Robles is just a sophomore, but he’s already established himself as one of the top high school soccer players in the state.

Robles finished with 27 goals and five assists. He not only led Tyler Legacy in scoring but also topped District 10-6A. Robles scored 25 goals in the regular season, which tied the school record set by Sean Tatham in 1993.

Robles led the Red Raiders to an undefeated district title in 10-6A. He was the unanimous pick for 10-6A Most Valuable Player and was an All-State selection.

For his efforts, the Legacy midfielder has been selected as the Tyler Morning Telegraph All-East Texas Player of the Year for the 2021 soccer season.

“He had a huge impact for us,” Legacy head coach Marty Germany said. “He brings a strong work ethic and is very much a team player. He has great vision of the field and a sense of where to get in space.

“We’re hoping to have him for two more years and hoping for him to continue on this pace and continue to get better.”

In Kilgore, Leo Yzaguirre was one of many freshmen in the area who made an immediate impact. Kilgore head coach Tom Wait said Yzaguirre established himself as the best player on the field.

As the Bulldogs’ left back, Yzaguirre was a TASCO second-team All-Region II defensder and the District 15-4A Newcomer of the Year. He finished with two goals and three assists.

Yzaguirre has been tabbed as the All-East Texas Newcomer of the Year.

Palestine was difficult to score against t his season. A big reason for that was senior goalkeeper Jesus Vigil.

Vigil posted 25 shutouts this season and four in the playoffs. He was selected as a TASCO first-team All-State selection and was selected to the TASCO All-Star match.

Vigil has been selected as the All-East Texas Goalkeeper of the Year.

Coty Johnson captained a Bullard defense that posted 10 shutouts this season. He was selected as the District 13-4A District Defensive MVP. He was also a TASCO second-team All-Region selection, an FCA All-Star, a TASCO Academic All-State selection and won the Best Preps Tyler Community Excellence award.

Johnson has been named the All-East Texas Defensive Player of the Year.

Palestine won 29 games and advanced the regional final before falling to Celina in a shootout.

Palestine head coach John Absalom has been selected as the All-East Texas Coach of the Year.