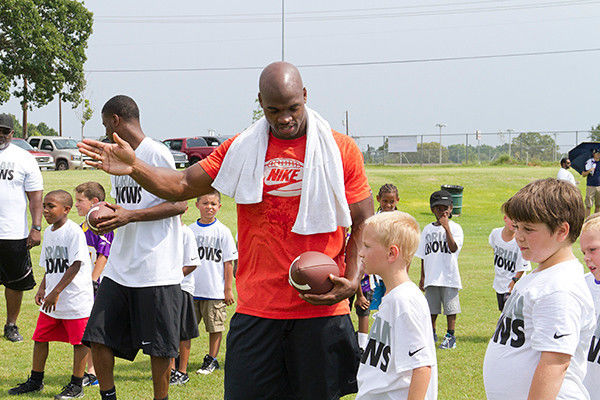 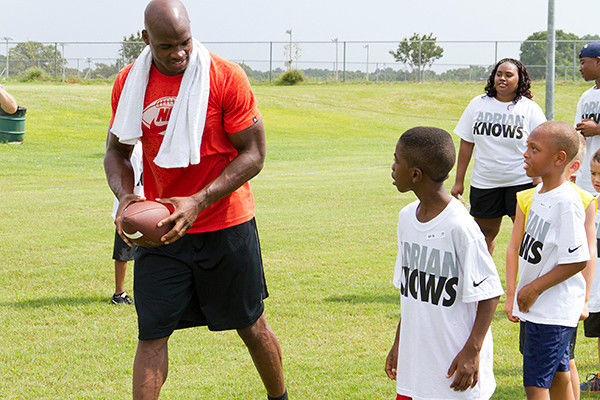 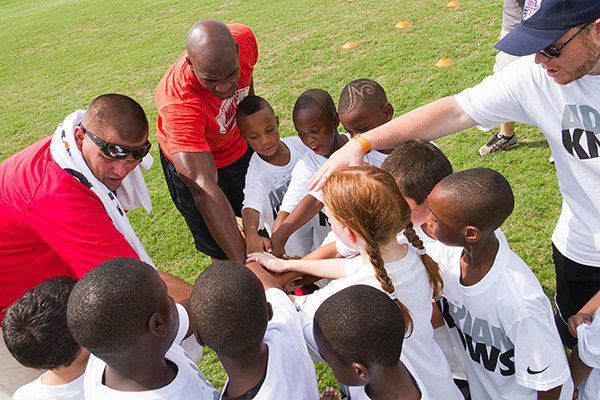 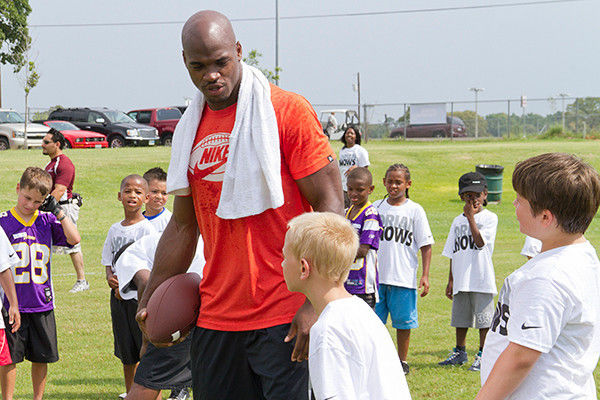 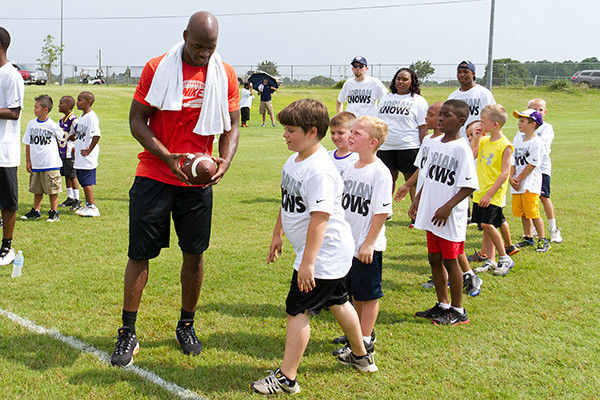 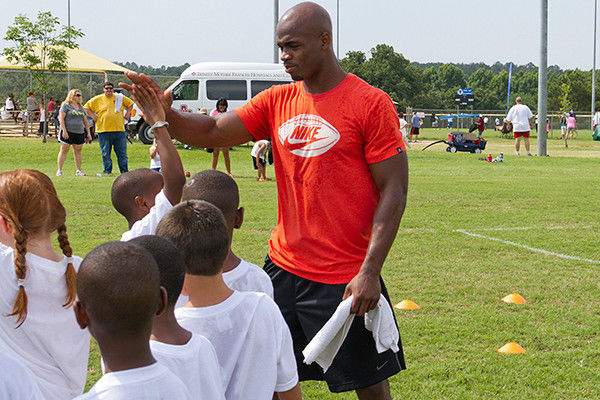 The Palestine native talked about his path to the big time and the effort it took. He addressed his recovery from reconstructive knee surgery, which spawned one of the most memorable seasons in NFL history.

And when such topics hail from the NFL’s reigning MVP, words typically resonate.

“Are you willing to put in the work?” he asked.

On Saturday, Peterson held his MVP Camp at Lindsey Park and droves of East Texans showed up to learn firsthand from the man known as All Day.

From blocking to running, campers from third-11th grade were put through drills for about two hours in white T-shirts stating “Adrian Knows.” But perhaps the most effective guidance followed each of the three sessions, when Peterson addressed the campers.

“As long as you put in the work, you guys can accomplish anything you want,” he said. “Anytime you get down, get up.”

No doubt, the advice comes from experience.

Having led a well-documented life since being the nation’s top recruit as a senior at Palestine, Peterson is the type of sports icon who makes headlines by simply sharing a belief. But most headlines involving him stem from the playing field, on which he’s amassed almost 9,000 career rushing yards.

He became only the seventh player in NFL history to surpass the 2,000-yard plateau. But he’s the only player to do so on a reconstructed knee, rushing for 199 yards and a touchdown in the regular-season finale Dec. 21 against Green Bay — one year after undergoing ACL surgery.

In his address to the campers, Peterson used his journey back as an example.

“Accept it for what it is. Don’t dwell on it. Come up with an action plan that’s going to help you come back and be better, no matter if it’s a two months recovery, six months, eight months, a year. Make you a plan and come back.”

Peterson spoke at length to the campers, sharing more about the effort needed for greatness.

“After my surgery I couldn’t bend my knee at all,” he said. “I had to go through different exercises to try to strengthen and get the flexibility back in my knee. And when I say pain, there were times when I thought I didn’t really want to go in today.

“But I reflected back to what I wanted to accomplish … and said man you’ve got to make a sacrifice. … You’ve got to be able to grind. You can apply that to whatever you’re going through in life. Nothing’s too hard. You guys handle so much.”