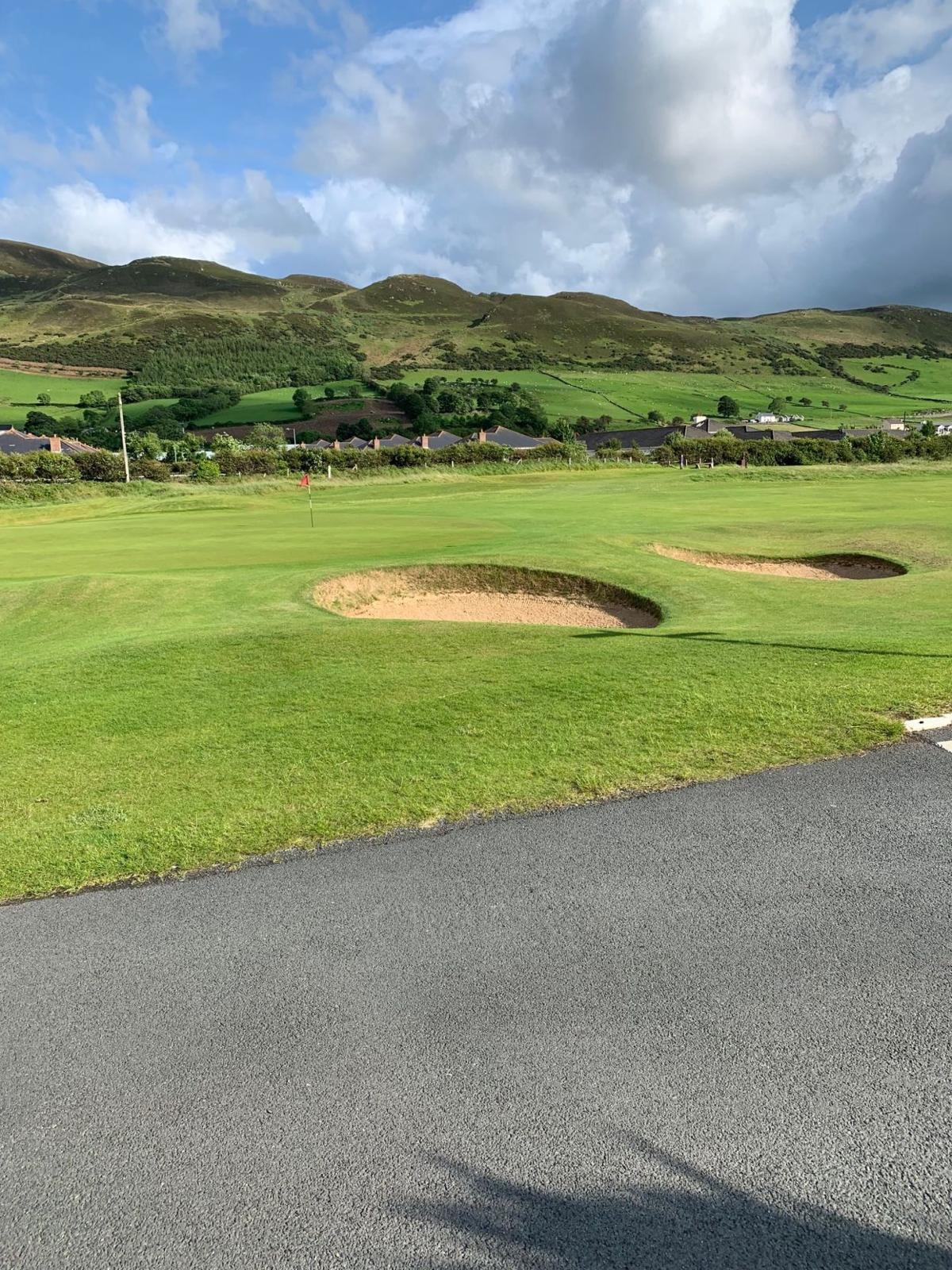 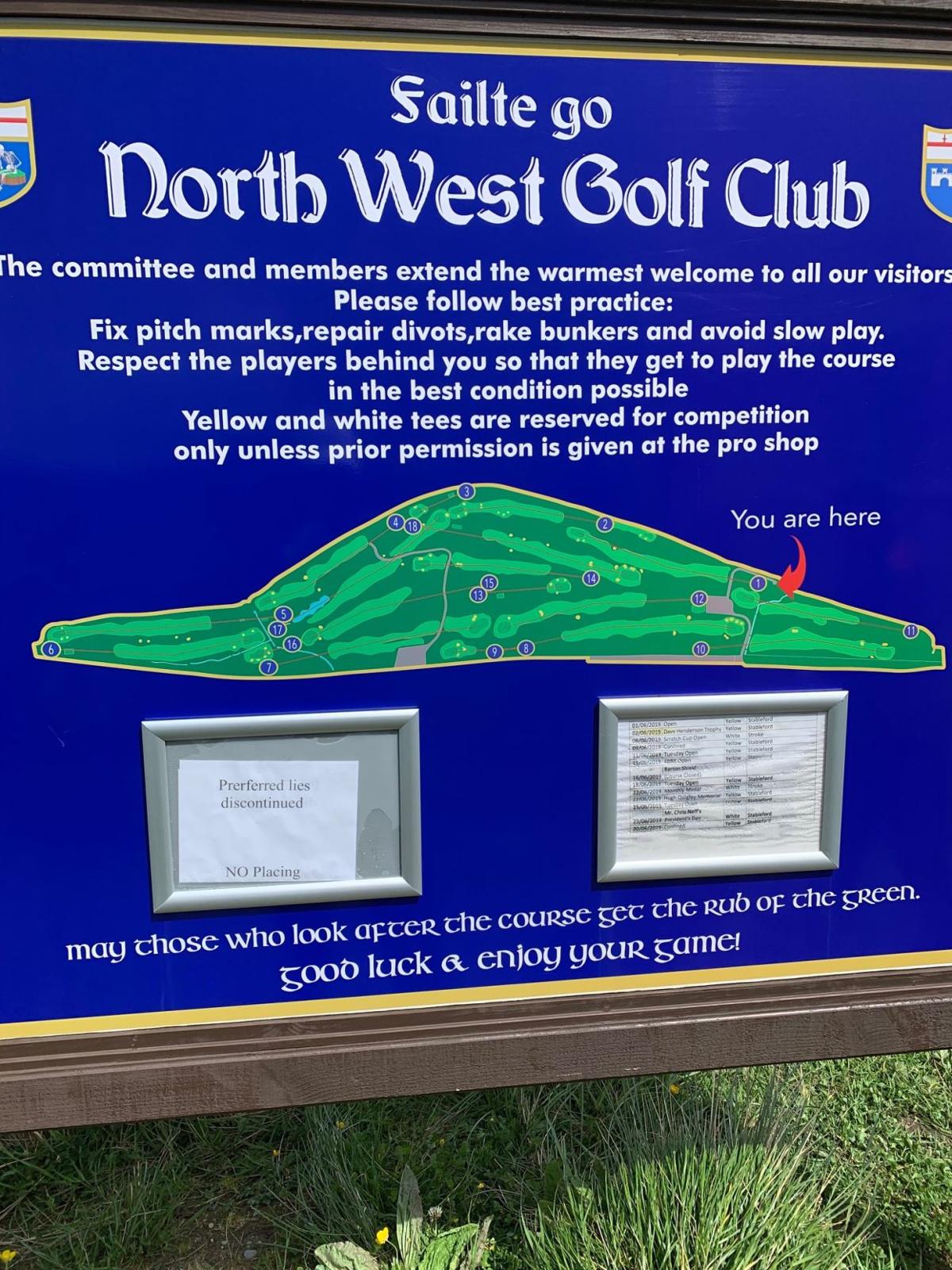 LISFANNAN, IRELAND — It was after he stroked a driver into an Irish gale to about 10 feet of the hole that I realized 76-year-old Eamon Burke of Dublin has some game. I checked my rangefinder again. It still showed 152 yards.

And we wonder why we lose the Ryder Cup every two years.

The impressive shot was on our third hole at the North West Golf Club in County Donegal of the Republic of Ireland. It was our first of two trips from Northern Ireland to Ireland as we technically leave one country for another by just driving about 45 miles from our bed and breakfast in Portstewart. Once we crossed over the River Foyle, we needed Euros rather than Pounds Sterling or dollars. But we don’t mind at all because it’s part of the cultural experience when playing in the Causeway Coast Amateur.

Though I have played in eight of these competitions during the past 20 years, it was my first time to visit and play North West, a wonderful links course along the shores of Lough Swilly and the members could not have been more welcoming. I learned a little of the course’s history from Burke, who is playing for a 38th consecutive year in a tournament started in 1968.

Donald Dunn is the Captain of North West and was present at the registration table to greet us after we had already met the friendly past Captain Sean McLaughlin in the golf shop when we secured our pull carts or trolleys as they are called here. It was cold and windy so we were soon made aware of coffee or tea and some sweets being served upstairs in the clubhouse by Augusta Neff and her friends with Ladies Golf Association. It was a pleasant beginning for what we knew would be a long day on the links with wind and some rain and temperatures in the low 50s.

In spite of the conditions, we saw some of our fellow competitors in shorts and a windbreaker while we scrambled to make sure our rainsuits were handy. My first look at the course was at the 12th tee close to the putting green when golfers seemed unfazed at the “mild zephyr” blowing along the shore of Lough Swilly, the second deepest lake in Europe we were told by amiable starter Eugene Hillick.

Hillick gave competitors a short tutorial about the unusual layout at North West where the holes can get a little congested since they are all laid out on a strip of land bordered by the massive lake that leads to the sea on one side and a busy highway leading into town on the other side.

“Keep it left,” was the refrain we heard from Dunn and others before teeing off in our first of four rounds in this year’s tournament that uses a Stableford point system based on your handicap.

Burke is like so many others you meet when playing in the Causeway Coast Amateur — he knows how to golf his ball in windy and cold conditions and hole his short putts. Being able to make those short putts is critical for scoring and something a lot of us have not practiced enough because of the tendency in America to take advantage of “gimme putts” that too often extend to two or three feet. The old adage of a putt “being in the leather,” according to East Texas golfing legend Jacky Cupit, referred to putts the length of the putter grip, hence the word leather.

This is not a lecture, just an observation. Burke missed plenty of shots but he soldiered on and impressed with 35 points off of an 19 handicap. The handicap issue is for another day.

The only thing that has impressed me as much as Burke’s driver to the par 3, thus far, was Rowe helping me search for my ball buried in deep grass on a steep hillside Sunday at Ballycastle Golf Club. While I was traversing the slope on my hands and knees fearing an injury to my artificial right hip, Rowe walked up the slope like a chaparral. I was amazed and just a little envious.

The physical toll of playing three days in a row and looking to play four more days is making me think that the rest day on Wednesday, when we are scheduled to play the Strand Course at Portstewart, just up the street from our bed and breakfast, might be better used for just that — rest!

Perhaps this week is a reality check about getting a little long in the tooth but golf is that one sport you can play for a lifetime and sometimes you just have to grin and bear it or better yet, grin and enjoy the walk.

Burke offered me some great advice after I made a triple bogey on one of the few holes that was downwind and thus a prime chance for a good score. The big fat 7 on a par-4 meant no points in the Stableford competition, the dreaded open frame as we like to say. We were waiting to play the 130-yard par 3 eighth hole back into the gale and I was a little disappointed but trying to stay upbeat.

Without knowing it, Burke quoted the great Walter Hagen, “you just have to keep swinging.”

I was cheered and even able to hit the green with a well-struck 5-iron, though the ball kicked left and rolled off the green to the left.

Burke hit his ball perfectly into the wind with a slight draw and it stayed on the table-top green only 15 feet away. He only needed a 3-wood this time.