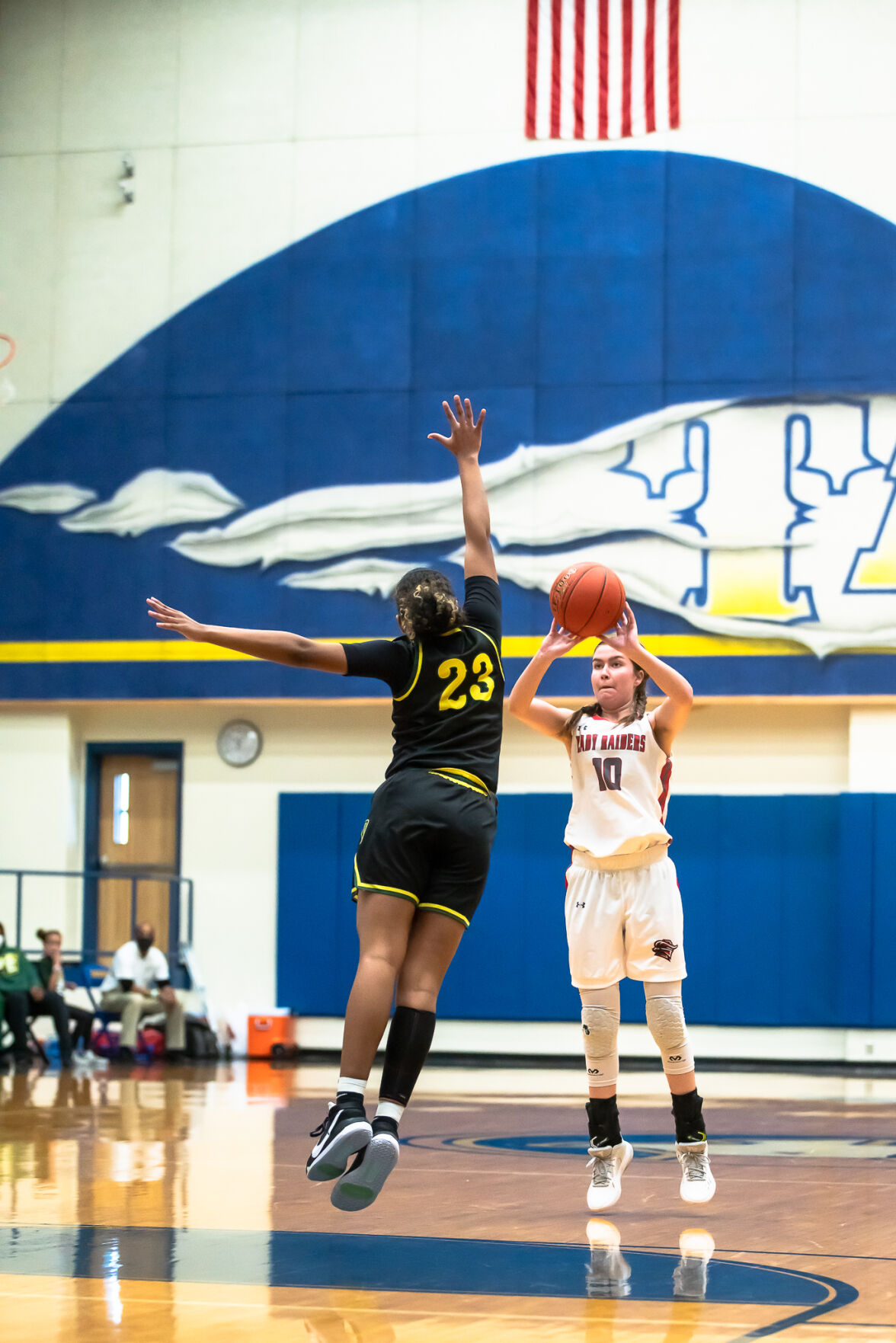 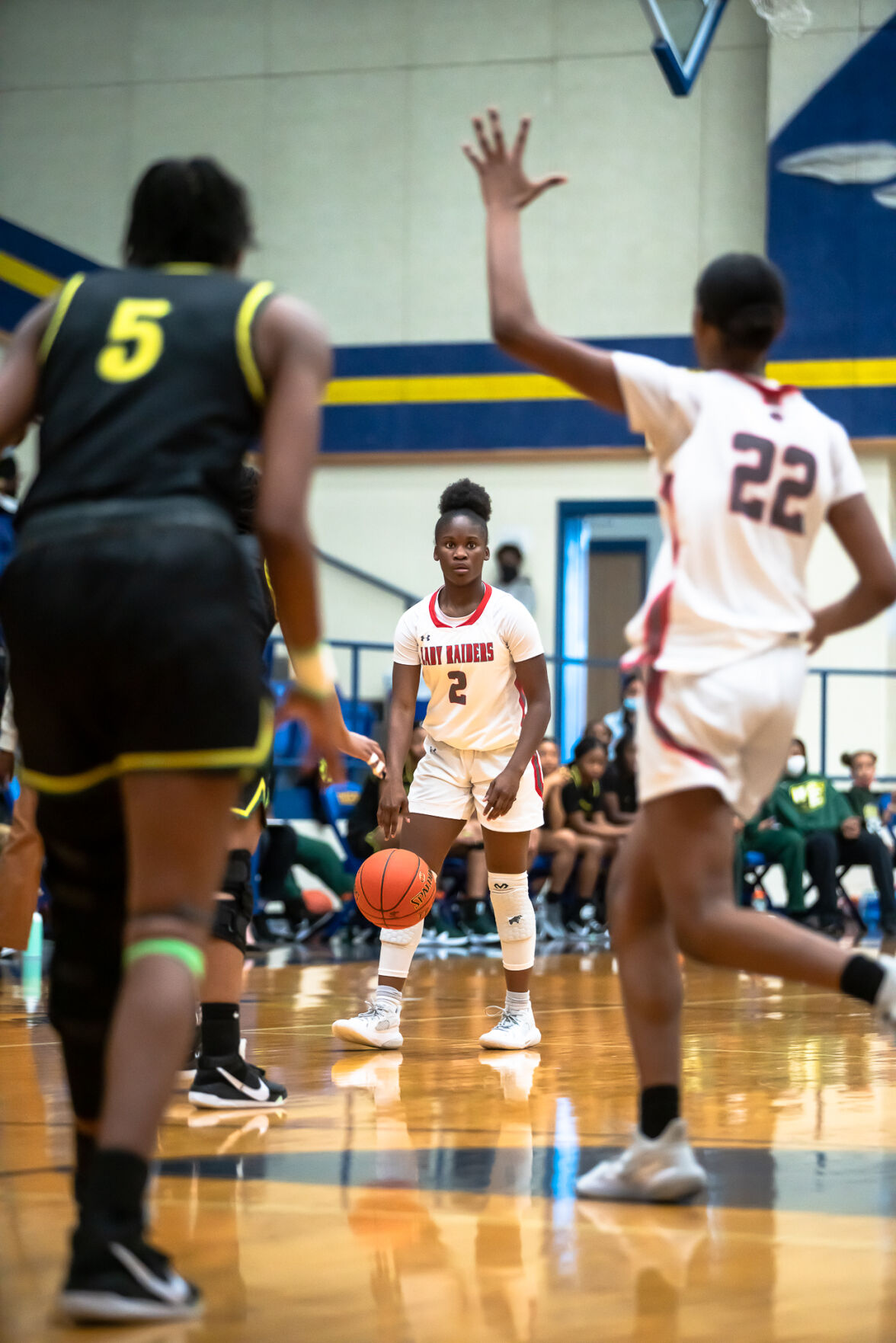 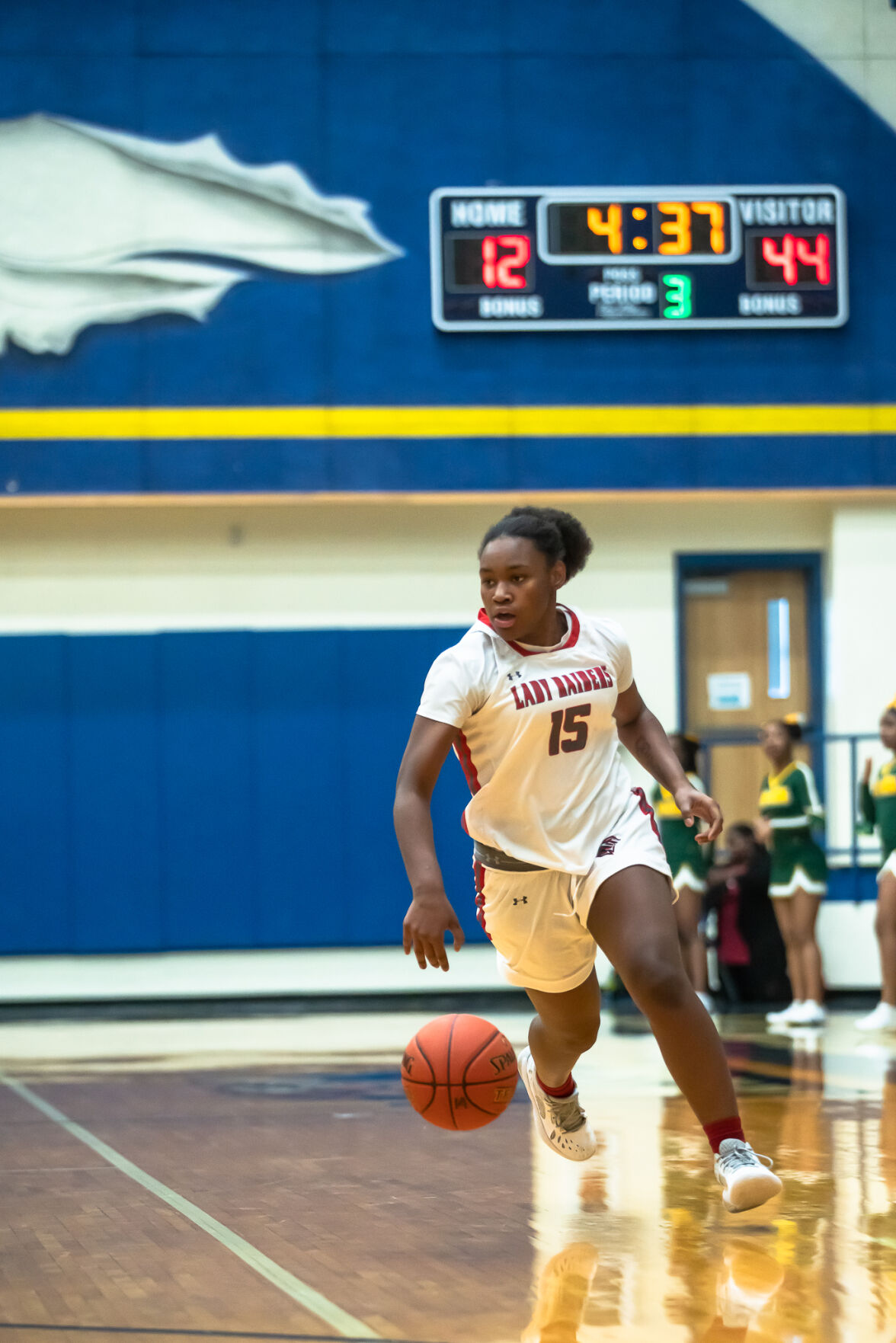 Unfortunately, their journey was stopped by not only one of the best teams in Texas, but also the nation on Tuesday afternoon at Corsicana High School’s Tiger Gymnasium.

DeSoto, armed with an arsenal of Redwoods inside, scored a 65-26 victory in the Class 6A Region II area matchup.

The Lady Eagles (23-2) advance to the quarterfinals to meet either Mansfield or Sachse later this week. DeSoto is ranked No. 2 in the Lone Star State and No. 8 in the nation by ESPN.

The Lady Raiders conclude their season at 25-4.

“We competed hard,” Legacy coach Ross Barber said of his team taking on a team that featured 6-5, 6-4 players. “We struggled on the offensive end as they so long and athletic. ... They were everywhere. We had too many turnovers and didn’t make enough shots.”

The Lady Raiders were hurt by not making a bucket from the end of the first quarter until one second on the clock in the third when Akya Turner swished a bucket. In between TL make 7 of 10 free throw attempts.

DeSoto was led by 5-9 senior guard Kendall Brown, who has signed with Houston, with 14 points and seven rebounds.

Barber said his team has a lot to build on.

“We have 11 of those 14 kids coming back ... a lot things to be proud of this year,” he said. “No one thought we would be in the position we are in — winning a district championship. These kids battled through adversity this year and showed they belonged. We just happened to run in one of the best teams in the country in the second round. Credit to them.”