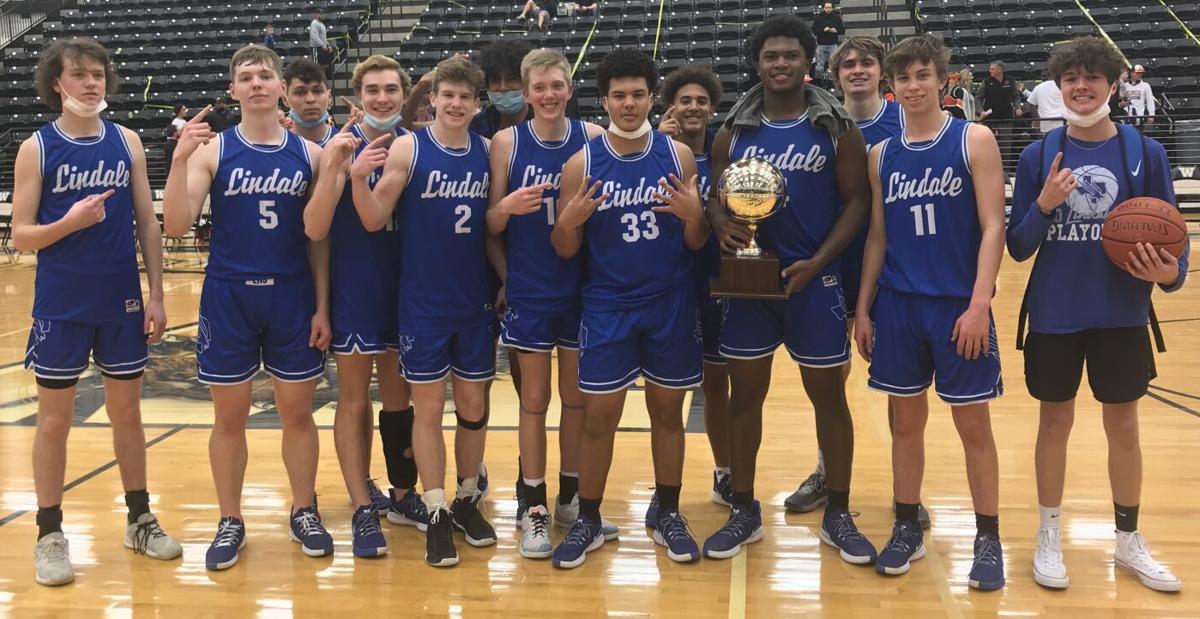 The Lindale Eagles celebrate their bi-district championship after defeating the Gilmer Buckeyes 70-50 on Monday in a Class 4A basketball playoff game at Winona High School. 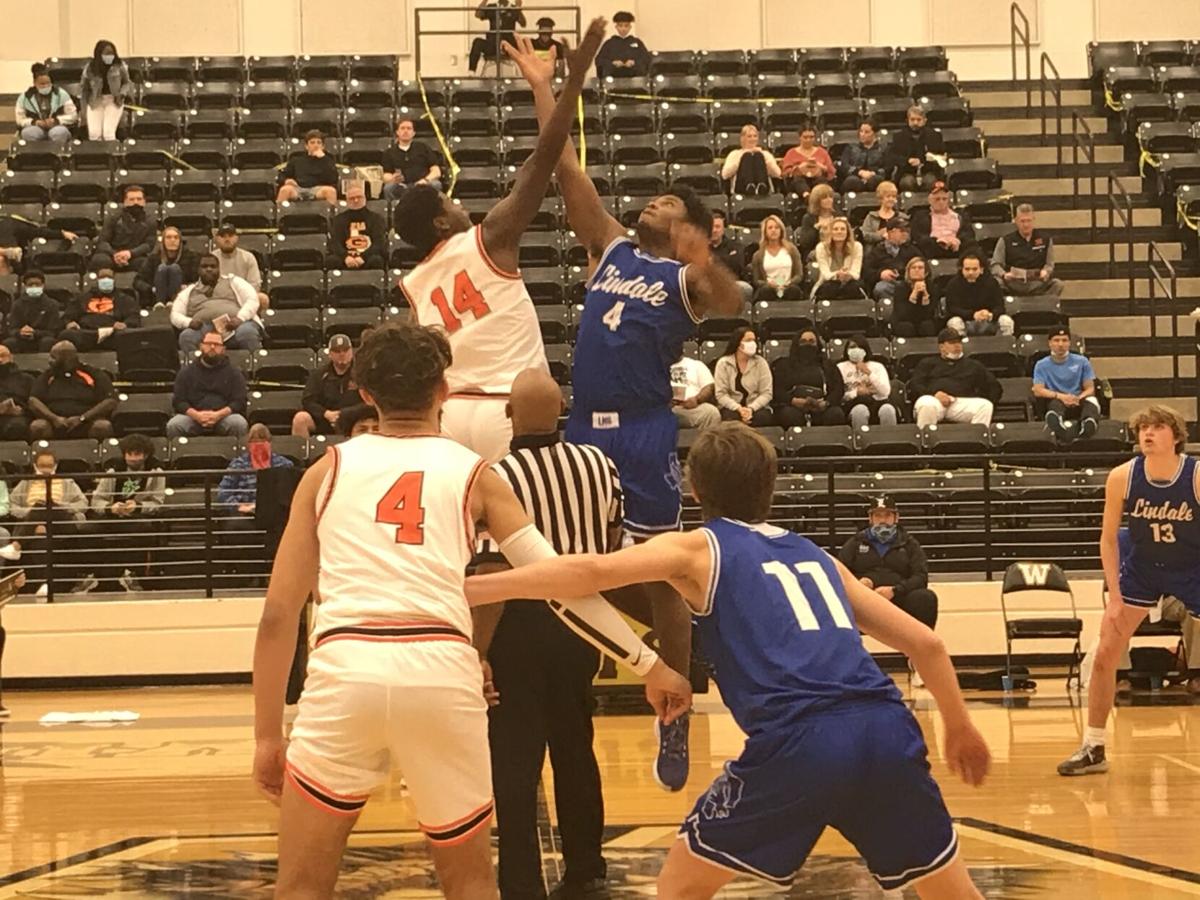 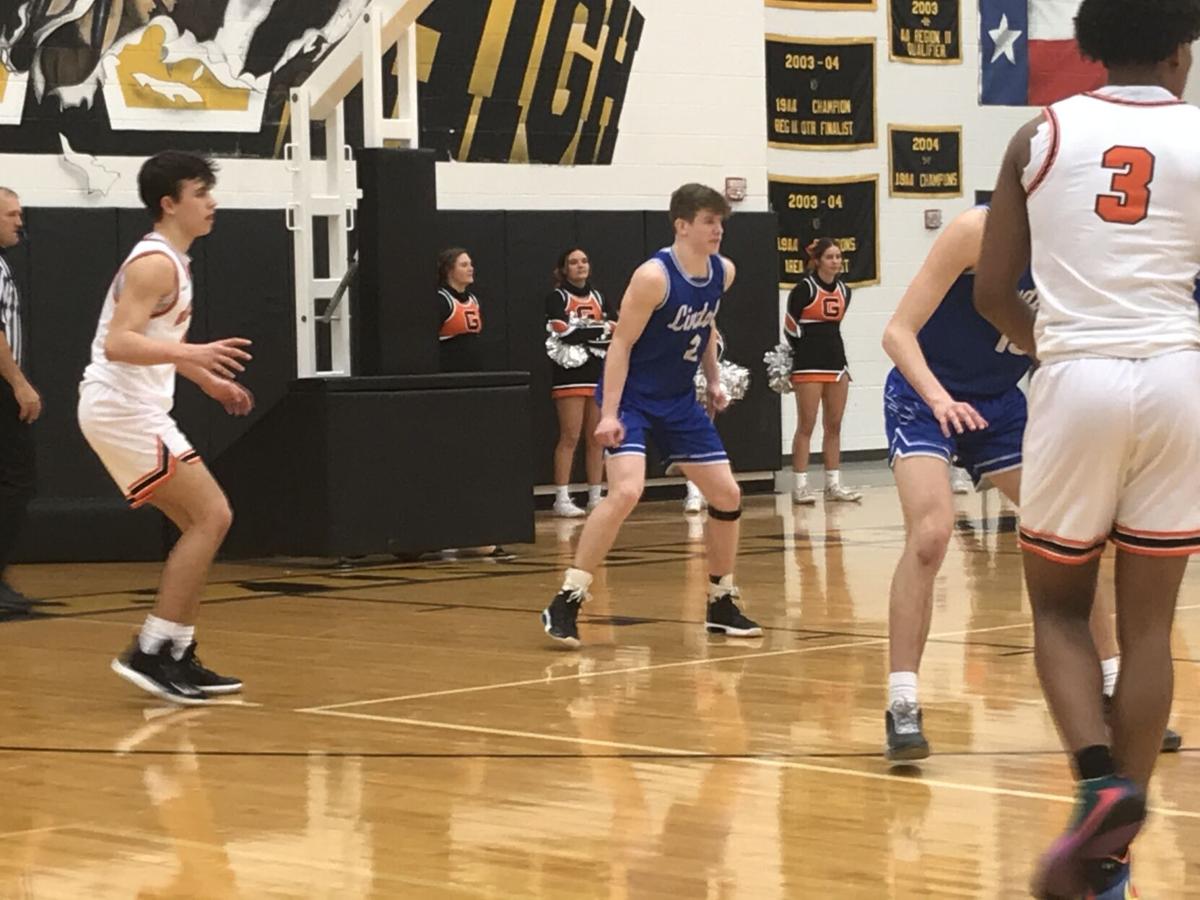 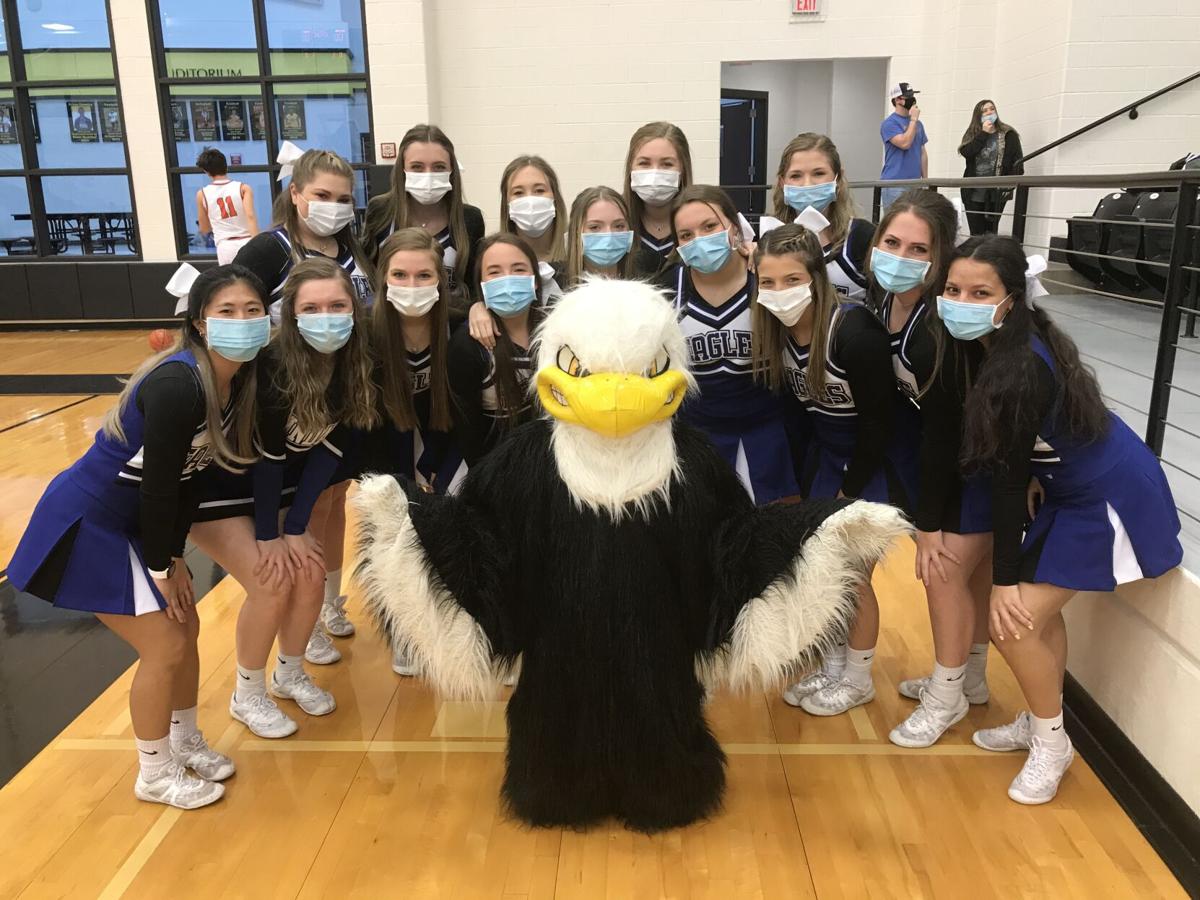 The Lindale cheerleaders and mascot take time for a photo before the Eagles' game with Gilmer Monday in Winona.

The Lindale Eagles celebrate their bi-district championship after defeating the Gilmer Buckeyes 70-50 on Monday in a Class 4A basketball playoff game at Winona High School.

The Lindale cheerleaders and mascot take time for a photo before the Eagles' game with Gilmer Monday in Winona.

WINONA — Lindale drew four charges and used a 14-0 outburst to begin the second half en route to a 70-50 win over Gilmer on Monday in a Class 4A bi-district basketball game at Hunter-Nickerson Gymnasium.

Lindale (22-5) advances to meet Brownsboro (11-9), a 59-48 winner over Caddo Mills, later this week in the area round. The Buckeyes conclude their season at 7-8. The Lindale-Brownsboro game is scheduled for 6:30 p.m. Thursday at Van. Tickets are $5 per person and will be sold online only.

“We struggled a bit defensively in the first half,” Lindale coach Chris Grotemat said. “I’m really proud of our guys for making some adjustments. We have hung our hat on defense all season and our guys felt at halftime we got away from what makes us go and that is defense. We came out in the third quarter and got some stops and that allow us to have run.”

The Eagles went from leading 35-30 at halftime to being on top 49-30 with 1:51 showing in the third quarter. The run was topped off by a free throw from Jaymond Jackson, Lindale’s standout football player. Gilmer point guard Rohan Fluellen ended the outburst with a free throw at 1:40 of the third.

Colton Taylor sparked the Eagles’ attack with 24 points, while grabbing six rebounds and swiping three steals. He was instrumental in the third quarter tally with six points. Taegen Terry, who hit three straight 3-pointers in the first half, added 13 points and Colby Wood tossed in 12.

Lindale was also big on the glass with Wood and Jackson grabbing five rebounds each with Walter Smith, Ryder Johnson and Terry coming up with four boards apiece.

Jay Rockwell led the Buckeyes with 17 points with Ke’shun Jimmerson adding 14. Jaron Choyce led Gilmer with nine rebounds, but had to sit six minutes of the second period and most of the third before fouling out in the fourth quarter. Fluellen directed the offense and came up with five rebounds and three steals, along with four points. Mason Hurt had four steals.

Gilmer coach Josh Neiswander praised both teams, while noting his squad as well as the Eagles played hard.

Others scoring for Lindale were Jackson (7), Smith (5), Johnson (5) and Justin Farris (4). Also competing for the bi-district champions in the game were Josh Mahannah, Wake Thrasher-Evans, Airik Williams, Colton Widemon and Noe Vela.

Adding points for Gilmer were Keith Rockwell (7), Parker Gillow (5) and Hurt (3). Also competing for the Buckeyes in the game were Aaron Duhart and Landon Watson.