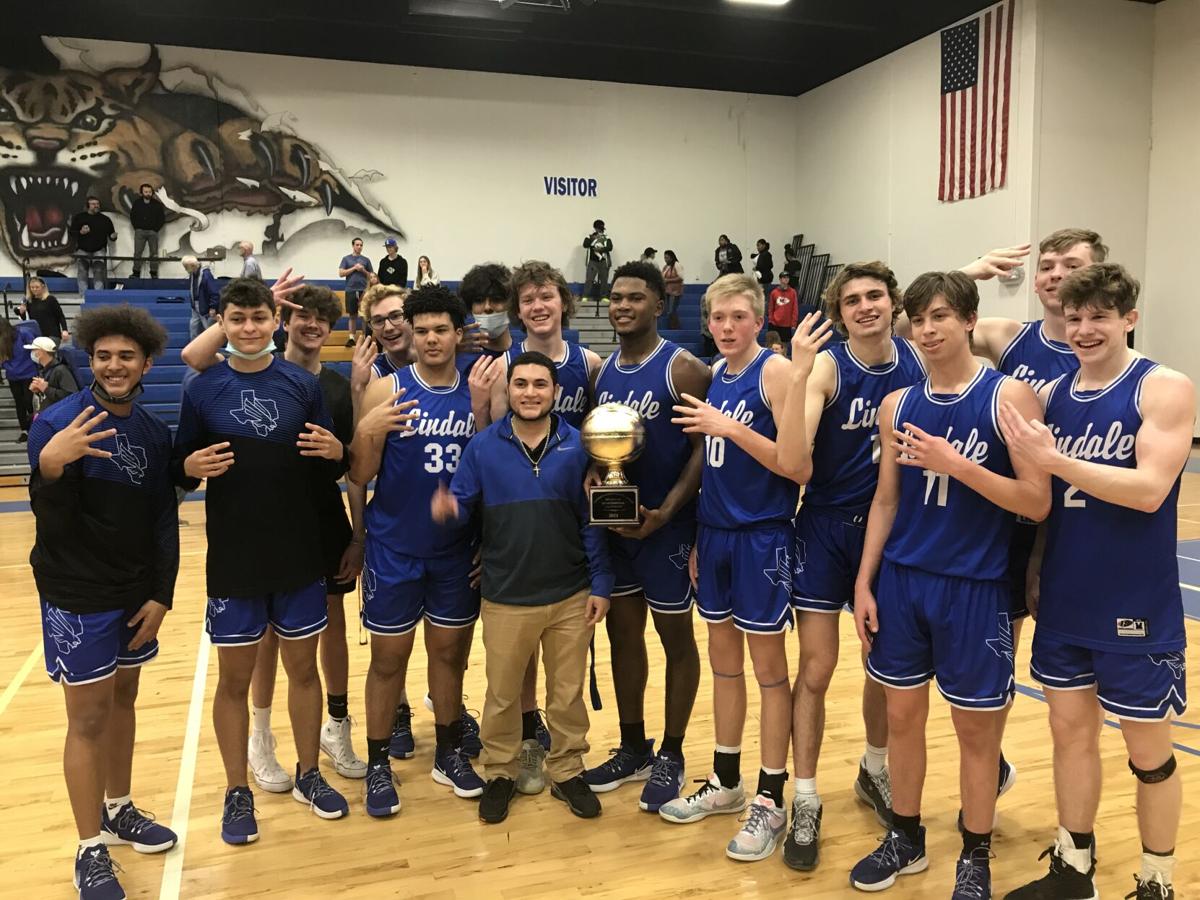 The Lindale Eagles scored a 59-54 win over Paris on Saturday in a Class 4A regional quarterfinals playoff game at Sulphur Springs High School. 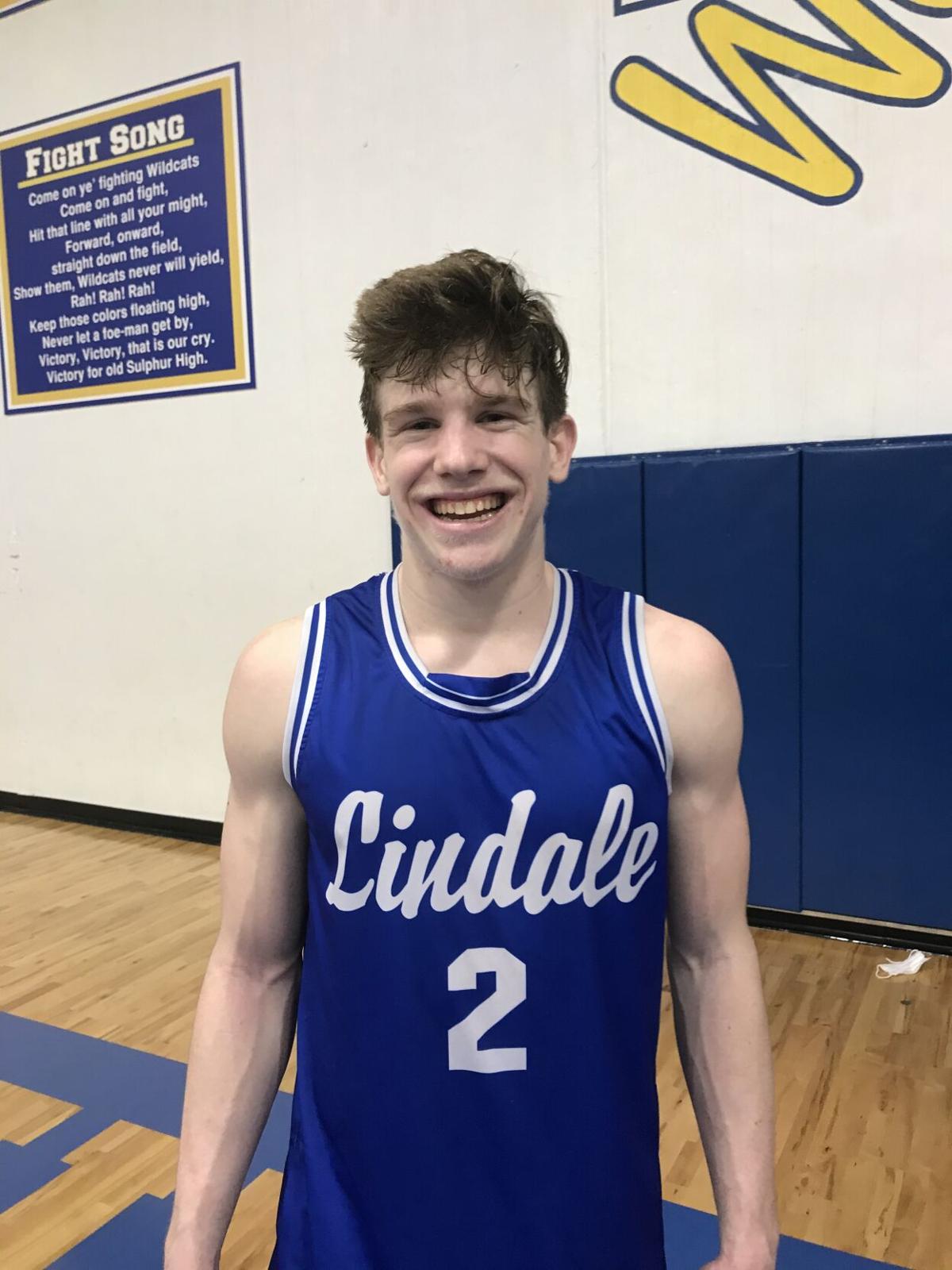 Lindale senior Colton Taylor scored 31 points, including 10 points in the fourth quarter to help the Eagles to a 59-54 win over Paris on Saturday in Sulphur Springs.

The Lindale Eagles scored a 59-54 win over Paris on Saturday in a Class 4A regional quarterfinals playoff game at Sulphur Springs High School.

Lindale senior Colton Taylor scored 31 points, including 10 points in the fourth quarter to help the Eagles to a 59-54 win over Paris on Saturday in Sulphur Springs.

SULPHUR SPRINGS — Lindale used a gutsy effort and a dose of Eagle magic to rally for a 59-54 win over Paris on Saturday in a Class 4A regional quarterfinal basketball playoff at a packed Wildcat Gymnasium.

“This what we have worked for since the first day of the offseason last year,” said senior Colton Taylor, who scored 31 points including 10 in the fourth quarter. “This is unbelievable. Just doing it together with my teammates is very special.”

Then suddenly the Eagles could not miss and the Wildcats could not hit. With the momentum shifting, the Eagles were cheered on by the Lindale crowd.

With their season on the line, the Eagles went on a 14-0 run. Taylor hit two free throws, followed by a inside bucket from Jaymond Jackson, the all-state linebacker who is headed to Lamar University. Taylor had basket on a drive and then Paris called timeout. For some reason, a Paris player walked over to the Lindale bench instead of his bench. Eagles coach Chris Grotemat said there was nothing unsportmanship about the situation. However, a technical was called.

Colby Wood drained both charity shots and Lindale got the ball. On the possession, Walter Smith, who had two treys in the fourth period, drained a corner 3-pointer and the Eagles were within 52-50 with 3:10 showing.

Jackson grabbed a rebound on the next Paris possession and the Eagles worked the ball around, finding Smith in the same corner and the result was the same as previous play, a trifecta. Lindale suddenly led 53-52 with 2:11 showing.

Paris’ dry spell was halted at 1:30 when Garrius Savage hit a short jumper for a 54-53 advantage. That would be the Wildcats’ final bucket.

The Lindale defense came through again as Savage missed and Jackson went up strong to clean the glass.

The Eagles worked the ball around before Taylor was fouled. He swished both freebies for a 56-54 lead at 43.4 seconds.

Lindale kept the pressure on resulting in a scramble for the basketball as Wood tied up Mickens. The possession went to the Eagles and Wood was fouled. He made one free throw for a 57-54 advanate with 18.8 on the clock.

Paris brought the ball down court and Bubba Gray’s 3-point attempt was off the mark and Jackson rebounded.

Taylor, who was 6-for-6 on free throws in the fourth period and 10-of-11 for the game drained two FTs with 9.2 seconds showing for the final score.

Jackson had a double-double for the Eagles with 10 points and 10 rebounds with Smith adding 12 points, six rebounds and two blocks. Wood tossed in six points and six rebounds.

Along with is 31 points, Taylor had six rebounds and three steals.

Lee led the Wildcats with 17 points but only two free throws in the fourth period. Savage added nine points and Micah Jenkins tossed in eight points.