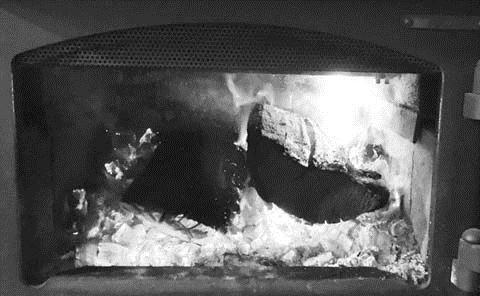 A WARM FIREPLACE on a cold day is reward enough for all of the hard work cutting wood.

A WARM FIREPLACE on a cold day is reward enough for all of the hard work cutting wood.

The stack of split wood lined much of the back wall of the house on Locust Street. That wood burned hot during many 1970s Arkansas winters.

My father would have the wood delivered cut lengthwise, but not split. That's what I was for.

Each spring and summer, I would head to the backyard, grabbing the single-blade ax, sledgehammer and two steel wedges, and get to work. I was in my teens and could plow through a rick in short order and then go hang out with my buddies at night or play a gig with my band. I should have appreciated that stamina more than I did.

The man who delivered our wood came in his pickup. The back end of his truck was low when it showed up and a lot higher when he left. He'd toss or push each piece of wood onto the ground, creating a pile.

When I started, the pile seemed overwhelming. So, I would narrow in on small sections of the pile. Those were what I'd attack. Completing those sections was also the point where I could stop and take a break, or continue on if I wanted to or had the time.

The largest logs, the ones that had come from near the base of the tree, were always the most challenging. Starting with one of the two steel wedges, I would tap it into a spot where there was already a crack. From there, I would tap the wedge until it seated and then begin to swing the hammer.

Bringing it behind me and then overhead, the sledgehammer would make contact, causing the wood to begin splitting. I could tell by the sound of the wood separating whether it was going to be an easy or a difficult log.

Then, I would tap the second wedge into the log until I was able to separate the wood into two pieces. Nibbling away at the log, section by section, I was always surprised by how many pieces of firewood came from one large log.

Looking back at the pile after each log I'd split, there was always more left in the pile than I thought there should be.

I'd pick up the split pieces and put as many as I could carry in my arms. Peeking over or around what I was carrying, I'd designate my pathway to the back of the house to begin a new stack where last year's pile had been.

For the smaller pieces, I'd use the ax. There was a certain Paul Bunyan feeling that came from getting good enough that I could split a piece of wood with just one swing. But I also learned the importance of being cautious after almost splitting my shin when I wasn't paying close enough attention to what I was doing.

Eventually, I'd make my way through the pile until I reached the last stick of wood. Before I'd take the swing that would finish my work, I'd eye the back of the house that was now filled with split wood and decide where I was going to place it.

As I set the last pieces in place, I'd wipe the sweat from my face, put the ax, wedges, and sledgehammer back up until the next spring, and head inside for a well-deserved shower and rest.

The fall would pass. That time would allow the wood to cure a bit. It was always rewarding to see those first pieces laid in the fireplace by my mom or dad. As the fire began to crackle, and put out warmth, I always felt as if I'd contributed.

Years went by and I lived in several places. Some had fireplaces, but few had anywhere to split wood, so, I would buy it. Purchasing wood never felt right. It always felt as if I was cheating or being lazy.

Then, 2008 came. Hurricane Ike put a tree through part of the house we'd bought in the country five years earlier.

I decided that this tree, an 82-year-old red oak, would not go to waste. As our home was being repaired, we opted to purchase a wood stove. We would use the wood from the tree that crushed our home to heat it.

And, with the purchase of a hydraulic log splitter, so we did. No longer in my teens, and

having access to a much easier way to split wood, I had no shame in purchasing and using this marvel of technology.

For the next three years the wood from this mighty oak heated our home.

As I write this, the wood stove is warming the room where I sit.

There's a lot to be learned from splitting wood. Patience, endurance, pacing and an anticipated reward are all part of the experience. There's also a deep sense of accomplishment that comes from being responsible for the warmth your family will enjoy, come winter.

As I've gotten older, there's also a lot of great memories that come. Just from a pile of wood

John's new book, "Write of Passage: A Southerner's View of Then and Now," is available on Amazon. Email John at john@johnmoore.net.