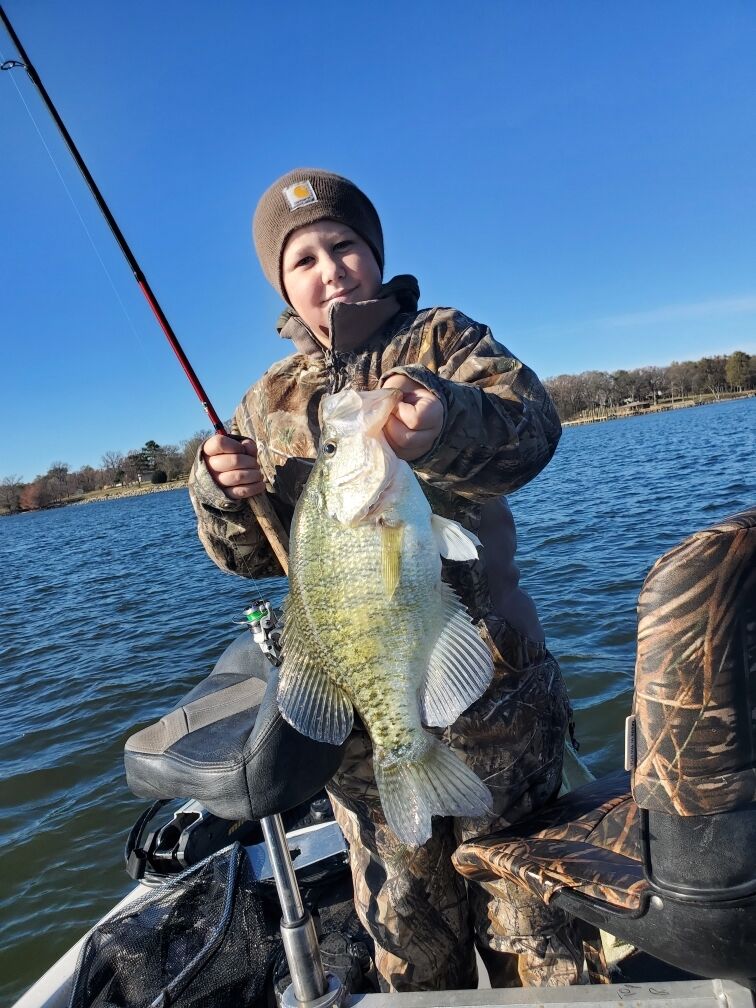 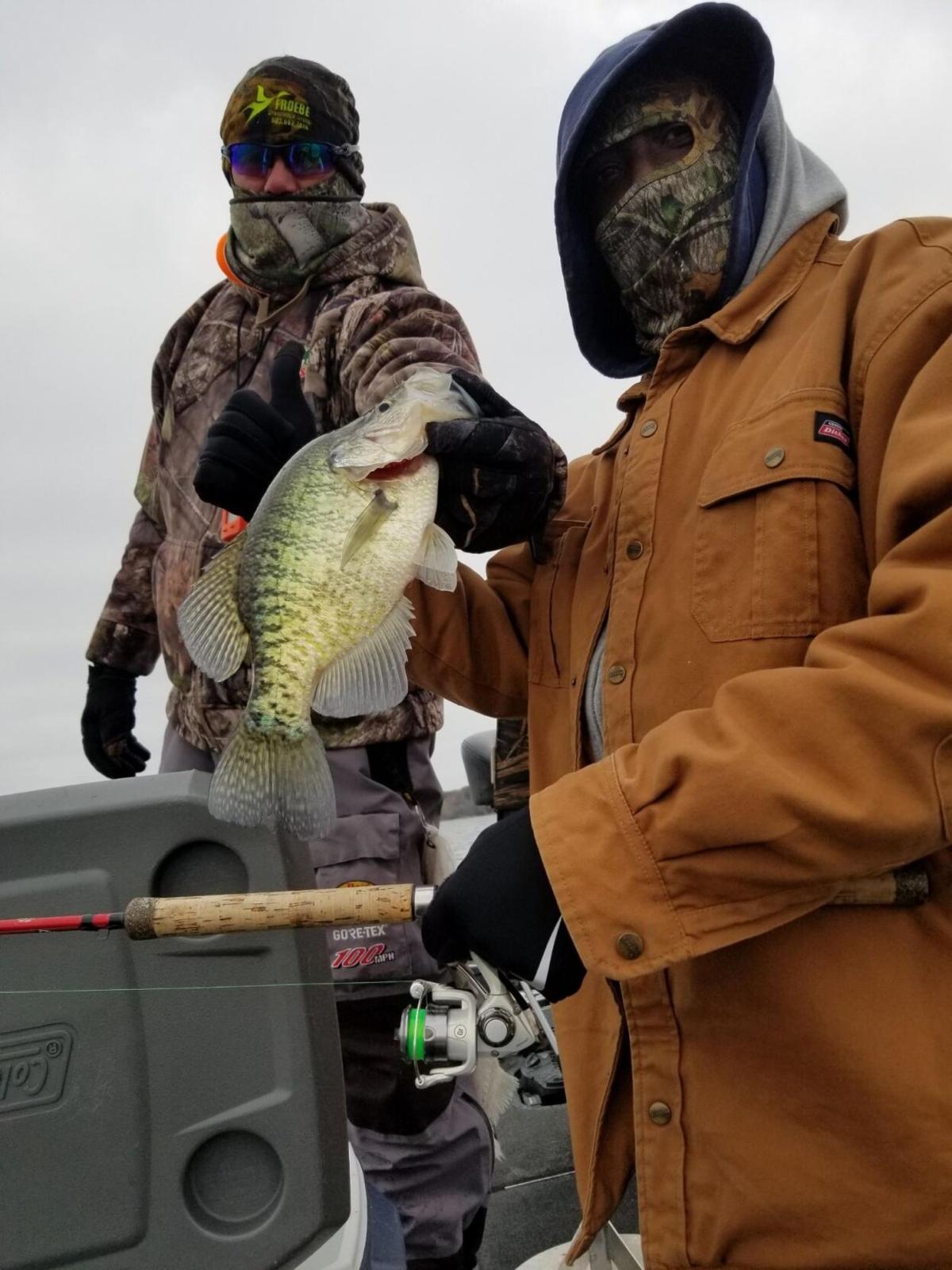 When it finally turns winter in Texas, most people find a reason to get indoors around a fire. Crappie fishermen, on the other hand, use it as an excuse to go fishing.

Whether you are chasing big fish or numbers for a meal or two, if you can stand the cold fishing can be good. For some it may be the best time of the year to be on the lake.

Lindale guide Clay Gann has long been a proponent of winter crappie fishing. As a tournament crappie fisherman also, Gann previously spent the winter months chasing big fish primarily on Lake O’the Pines. Now he is more likely to be after limits on Lake Fork, but still hoping someone in the boat snags a big one.

The difference between summer and winter is as different as night and day, or hot and cold.

“We fish a lot of flats in the summer, 15-20 feet of water. Right now we are fishing in 25-35 feet. If we get a true winter we will get them in deeper water,” Gann explained.

The key of course is water temperature. The colder the surface temperature the deeper the fish move. Gann said in years with a cold winter water temps can hold in the 40s. On Fork that can push the fish down into 50 feet of water where they find the warmest water temperatures.

“Last year I saw it in the 40s a couple of times. It was usually in the mid-50s and they never got deep,” Gann said.

He said the situation was similar last year on Lake O’the Pines where the crappie stopped at Johnson’s Creek instead of going to lake’s deepest water near the dam.

The fishing is good for both numbers and size during this time of year because crappie are beginning to develop eggs and are active feeders. The fish can begin spawning in March when the water temperature hits 60 degrees.

While everyone has their own marker for when the season begins, for Gann Black Friday usually means game on. In recent years that is when he has begun catching 2-pounders on a regular basis. That includes both white and black crappie, where the blacks are found in good numbers.

When it comes to winter fishing Gann said there only seems to be good and better days, but he does notice the bite seems to slow on high pressure days on the back side of a front.

Gann is targeting the fish suspended in the timber along the river and creek channels. While he may take a dozen or two minnows, his bait of choice is always a jig. He will bulk up to quarter-ounce jigs, sometimes using additional weight up the line to help get it deeper.

If he uses a minnow in the winter they are on jigs.

Gann is among those fishermen using all the electronic options available. Being able to not only locate fish, but also estimate size is especially helpful on Lake Fork and Lake O’the Pines where fishermen are required to keep the first 25 fish they catch regardless of size beginning Dec. 1 through the end of February. The so-called winter rule was initiated because fish taken from the deeper depths could not survive being brought to surface quickly.

Gann said that is not an issue in winters like 2019, but normally finding fish segregated by size he will move if they start boating small fish.

While spawning activity starts when the water temperature nears 60, Gann said starts upwards into the 50s in February the fish will start moving into shallower water depths. With a few back-to-back sunny warm days the move can happen quickly.