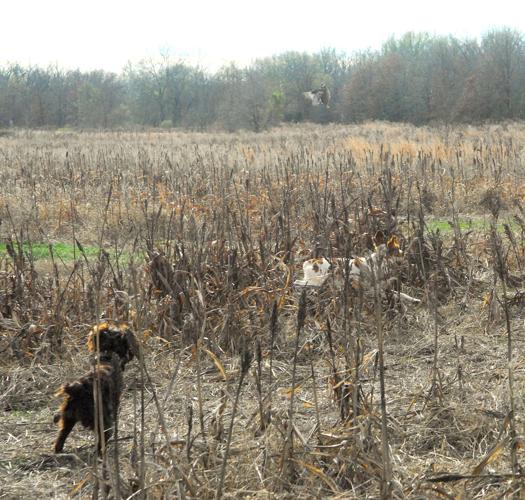 While 20-degree temperatures and a 6-degree wind chill can be hard on hunters, the dogs and quail at Hidden Lakes Hunting Resort take it in stride. 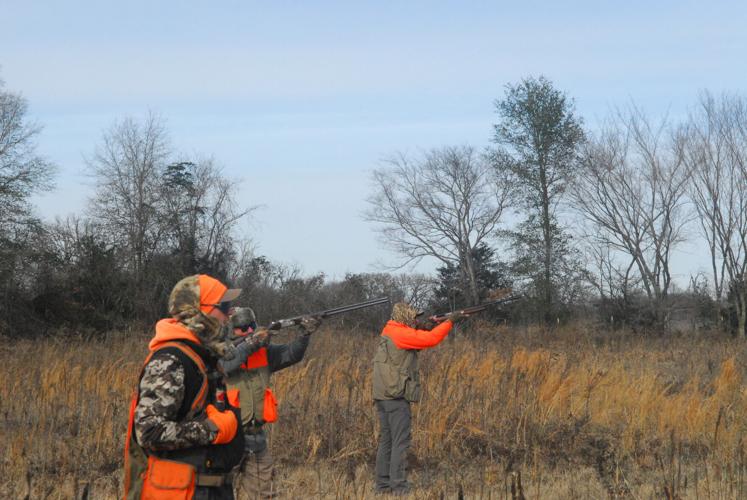 Finding a way to stay warm can be a challenge for Texas hunters unaccustomed to extreme conditions. Knowing there are birds at Hidden Lakes Hunting Resort makes fighting the cold easier.

While 20-degree temperatures and a 6-degree wind chill can be hard on hunters, the dogs and quail at Hidden Lakes Hunting Resort take it in stride.

Finding a way to stay warm can be a challenge for Texas hunters unaccustomed to extreme conditions. Knowing there are birds at Hidden Lakes Hunting Resort makes fighting the cold easier.

YANTIS -- A mid-winter quail hunt at Hidden Lakes Hunting Resort has become an annual tradition for my sons, Tristan and Thomas, and I.

It is one of the few chances the three of us get to spend a day together. The day is all about renewing the enjoyment experienced hunting together when they were young, but nowadays with the banter and competition that goes along with their having grown up.

Now in its 14th year of operation, Hidden Lakes is the perfect setup for a family hunt. A pen-reared operation, the birds have always been challenging and the fields are easy to walk for hunters of all ages.

This year there were a couple of added twists. First, we added friend Earl Drott to the hunt for one more old guy. The bigger thing, though, was the cold. It was brutally cold last Friday with the temperature reaching just 20 and gusts above 20 mph causing a wind chill of about 6 degrees.

There were a few texts before the hunt about whether we really needed to go in that kind of weather. I quickly quelled those thoughts by saying we were going. It would be fun and make hunting more challenging.

Apparently, wisdom does not necessarily come with age.

The biggest challenge of the day came before the hunt, trying to figure out what to wear that would keep me warm but also allow me to lift a shotgun to shoot. I scoured the closet to find the thinnest warm clothes possible to hold the girth down. It was fortunate I did. When I arrived at the lodge I learned the boys and owner Cord Burnett had a bet that I would show up looking like Ralphie from "A Christmas Story."

After lunch we loaded up in the ATV with guide Daniel Cerretani for the ride to the field. It may have been a short trip, but the wind made it miserable and was a teaser of what was to come over the next few hours.

Cerretani wasted no time dropping out a trio of dogs, pointers Annie and Star, and a Boykin, Della, for flushing and retrieving, and the hunt was on. As soon as we cleared the shelter of a tree line, the full strength of the cold north wind was felt. The dogs loved it. The hunters not so much.

Actually, I was not cold except for exposed portions of my face, which a seldom used neck gator took care of, and my hands. For me, the only good winter clothes I have never been able to find is gloves. There are a lot of warm gloves out there, but few that fit inside a trigger guard.

The ones I had were neither warm nor made for pulling a trigger. I eventually determined going bare-handed and keeping my hands in my pocket as much as possible was the best option.

Everyone’s shooting started as cold as the weather, but eventually warmed. There was some harassing from the younger side about the older hunters being a little slow on the draw, but it didn’t take long before everyone was dropping what they were shooting at.

The hunt was a little bit of a test for Hidden Lakes. During the cold snap of 2020, they closed operations because of ice. This year we were the first ones to see how the pen-reared birds would act in the extreme cold conditions.

For the most part they passed flying like they always have, but they did seem to move a little more than usual. And they coveyed up more like wild quail.

The biggest covey was about 10 birds. When Della moved in, they burst upwards in every direction. We only knocked down three or four initially, but were able to track down the majority of the singles thanks to good dog work. OK, one of those took seven shots, but at least it was not me doing the missing.

There were some other birds that apparently left the field for the cover and warmth of the woods.

In all, we finished the hunt with 46 birds on what honestly was a quicker than usual walk through the field.

During a mid-round break, we took stock of how everyone was doing. Drott admitted to having lost feeling in his lips early in the hunt. Cerretani admitted he did not mind carrying all the birds since the warmth off them helped take the bite out of the wind.

Each year our hunts are memorable for one reason or another. This year we will be able to add freezing our butts along with the hits and misses.

Hidden Lakes will be offering field hunts along with tower shoots through March. For more information go online to hiddenlakeshr.com.