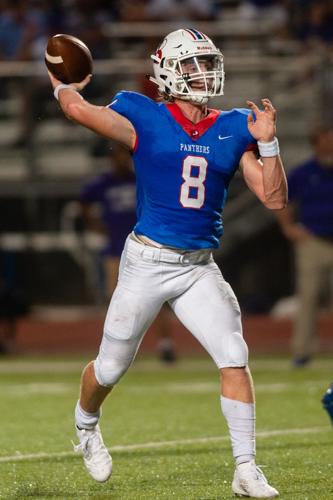 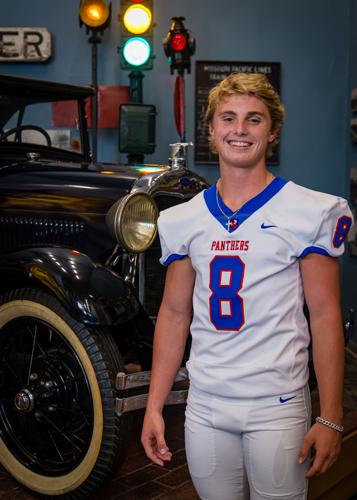 With a playoff berth on the line the Bullard Panthers were ready and scored a 57-36 win over Canton Friday night in Bullard.

Leading the way was quarterback Tristen Shewmake, who used his arm and his legs to carry his team to the win and the postseason.

Shewmake, who sports a 4.0 GPA, rushed for 214 yards and four touchdowns, while passing for 183 yards and a TD.

For his efforts, Shewmake, a senior, was named the UT Health East Texas Offensive Player of the Week for the 11th week of the high school football season.

He will be featured on a poster, sponsored by UT Health East Texas, in Friday’s Tyler Morning Telegraph.

Shewmake scored his first TD Friday night on a 1-yard run for a 7-0 lead over the Eagles. But Canton bounced back and took a 21-7 advantage.

Shewmake followed with a 22-yard TD pass to Nicholas Hooley and after Ivan Ruiz’s kick, the Panthers were within 21-14. Then Shewmake scored on a 4-yard run and then passed to Latrez Young to put Bullard on top 22-21 at halftime.

The Panthers finished 2-2 in District 7-4A Division II and will represent the league as the No. 3 seed in the playoffs..

Fans can see Shewmake and the Panthers in action on Friday when Bullard plays Mexia at Longhorn Stadium in Cedar Hill. Kickoff for the bi-district playoff is scheduled for 7:30 p.m.

The winner of the Bullard-Mexia game will face either Sunnyvale or Pittsburg in the area round.